Accessibility links
Why The Venus Transit Matters: It's About Time : 13.7: Cosmos And Culture There is far deeper and far more intimate reason why the Venus transit matters and it's all about Time. 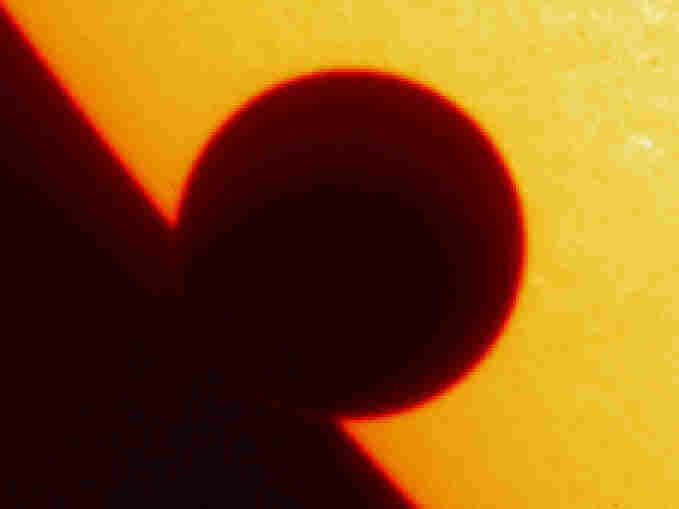 Venus on the eastern limb of the Sun captured by TRACE satellite. NASA hide caption 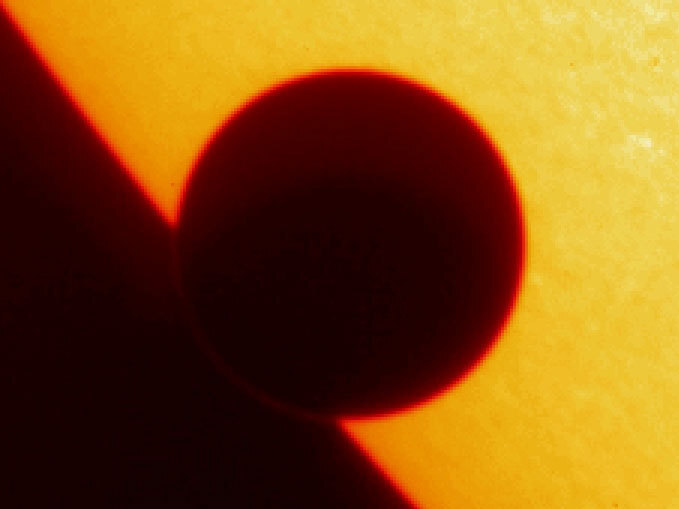 Venus on the eastern limb of the Sun captured by TRACE satellite.

A few hundred years ago Venus passing in transit across the face of the sun was a big scientific deal. In 1769, for example, astronomers around the planet coordinated their observations of a transit and used it to accurately measure the distance from Earth to the sun. Back in the day, that was the equivalent of a mission to Mars . But now we can nail Earth-sun distance with a precision of meters. So why should you, or anyone, care that our sister planet Venus will appear to march across the sun's disk late Tuesday afternoon?

While transits remain one of astronomers' favorite tools for discovering planets orbiting other stars, there is far deeper and far more intimate reason why the Venus transit matters.

It's all about time.

The next Venus transit will be in 2117. That is 105 years from now. It's unlikely that anyone reading this today will still exist then. Think about that: The next time the orbits of Earth and Venus align just so to create a transit, the world will be entirely populated by an entirely unborn generation. That essential point about time is really what makes this transit worth a moment of your own.

It's rare for us to get pulled over the narrow time horizons defining our lives. We struggle through the daily cycle of waking and work, looking to the longer cycle of weekends for some rest. On even longer time scales we make appointments or plan vacations months in advance. We may even think on yearlong cycles dreaming of that summer home we want to buy. But short of worrying about retirement (but not doing much about it), the time horizon of our lives never stretches further than a few years.

Then along comes a celestial event like the Venus transit announcing, "This won't happen again for 105 years". It comes as a kind of shock, and we have no experience with this kind of time scale. It's not like our favorite TV shows disappear for centuries. "Oh, by the way, Game of Thrones will be back on in 2125." These long time horizons are not easy for human beings to digest, but their recognition is essential piece of our evolution in both science and civilization.

And that's the point.

While the astronomy behind Venus transits might not be news, the celestial mechanics of our own trajectories through life and the universe are an ongoing story. The transit of Venus reminds us of something essential. We are so busy worrying about getting the kids to school before homeroom, getting to work before the shift starts or getting to the gym for spin class that we completely forget time spins on many different cycles. While our heads are down waiting for a Facebook page to update on our cellphones, the solar system continues relentlessly on in its steady, stately dance of gravity, matter and motion.

The sky is the original clock and it has always reminded humans that there are times and cycles that dwarf our own. Now that we have become a global culture whose actions affect the planet on time scales of centuries or more, that kind of reminder couldn't be more ... well ... timely.