Accessibility links
My Message To The Aliens : 13.7: Cosmos And Culture Have we heard from ET? Even if we did, that doesn't tell us anything about UFOs. Still, it can't hurt to try and talk to them, right? Commentator Adam Frank share his message for beings from beyond our Earth.

Talking To Aliens From Outer Space

Talking To Aliens From Outer Space 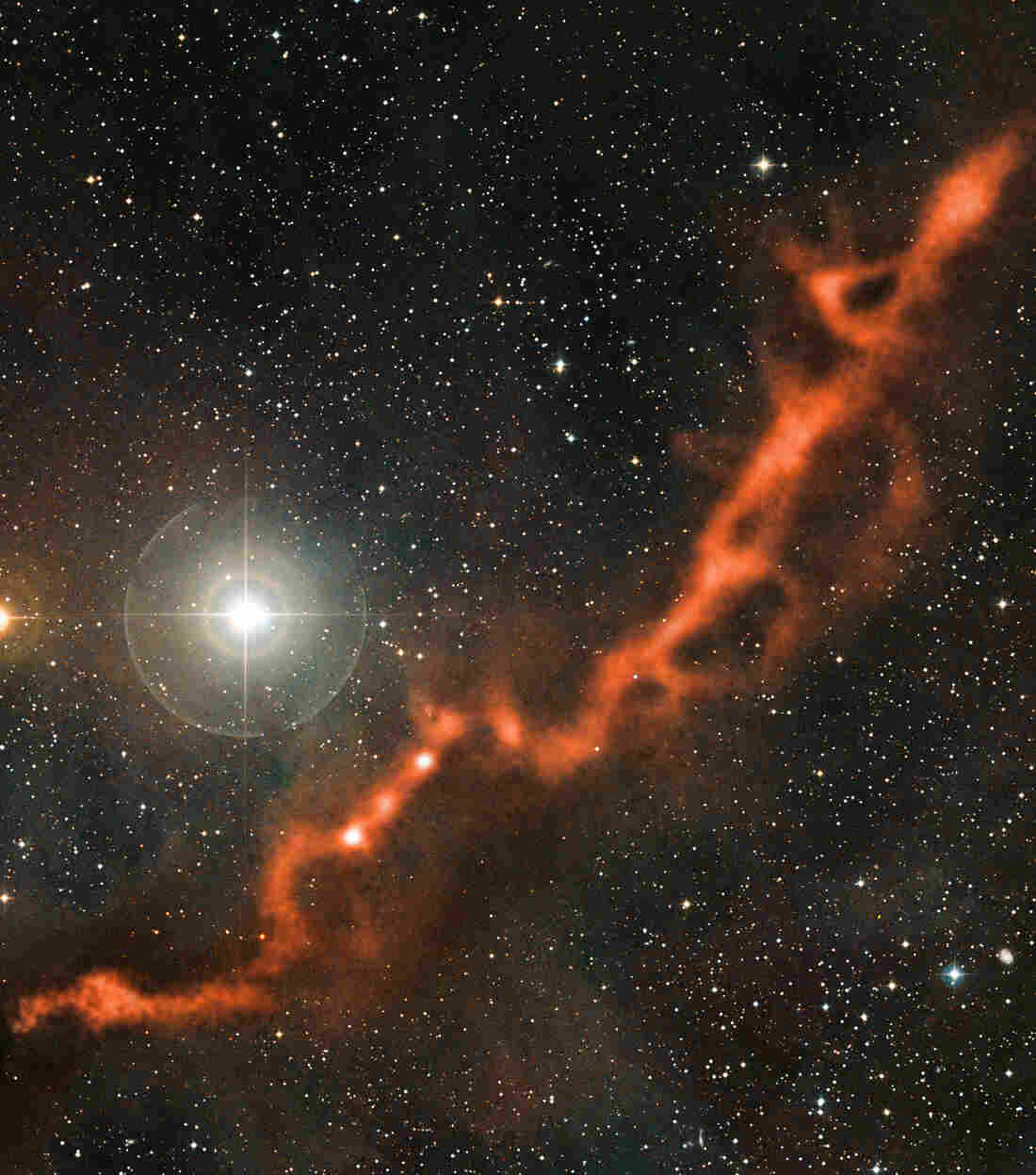 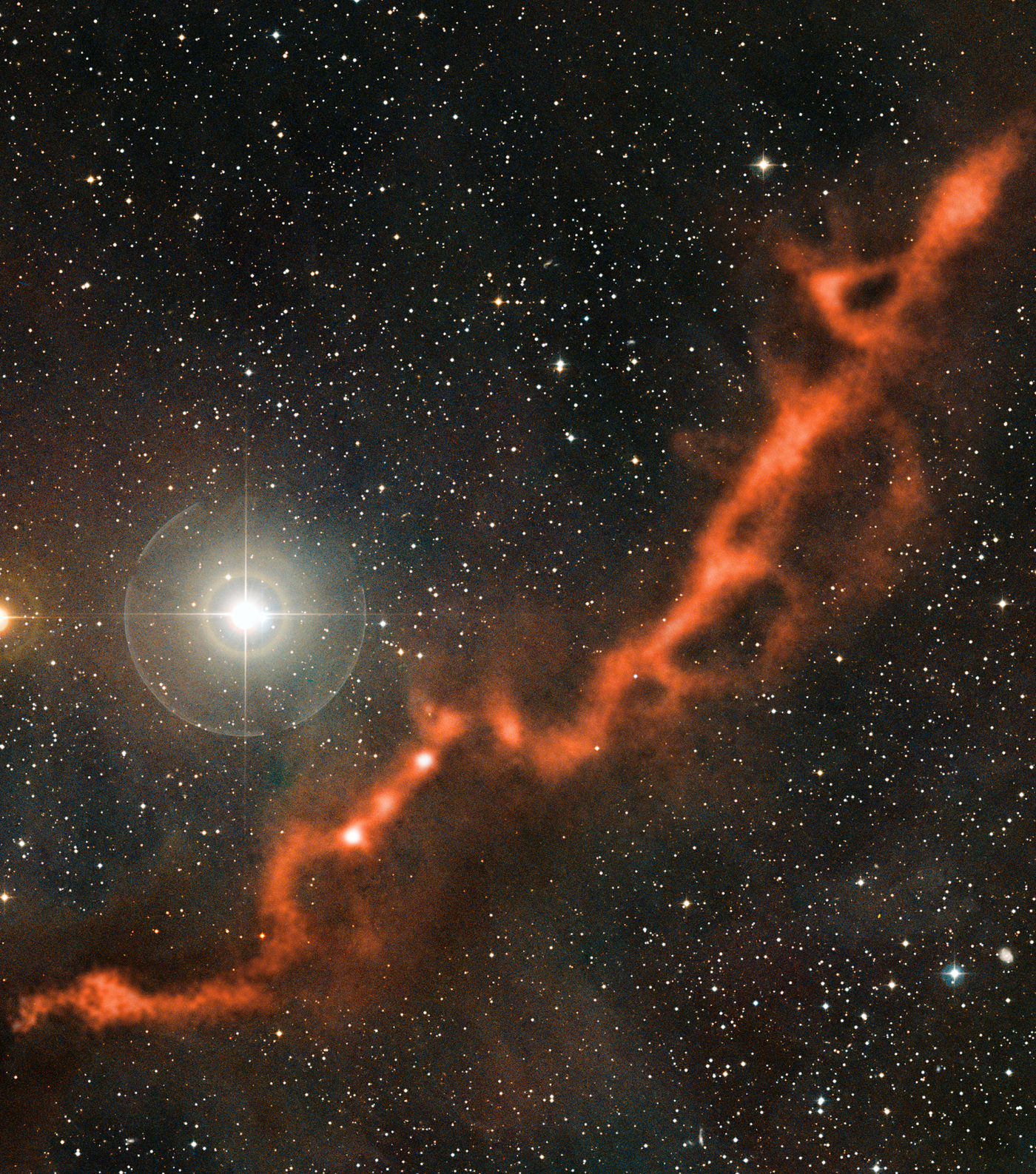 Is anyone out there, listening?

Isolated events are not science's strong suite. If something happens once and never appears again then it's difficult, if not impossible, for the methods of science to be of much use. What you are left with is a question mark. That is the fate of the famous "WOW!" signal — an event that may or may not have been the reception of a signal from ETs. The question facing the rest of us is what do we make of such isolated events.

On August 14, 1977 Jerry R. Ehrman, an astronomer volunteering at the Ohio's Big Ear radio telescope, was reviewing data from a previous observation when he saw the record of an intense burst of radiation. The signal was so strong he took his pen and wrote "WOW!" next to it on the computer printout. Thus legends are born.

Over the last two-and-a-half decades the "WOW!" signal has remained enigmatic. Its frequency was located just above and below naturally occurring radiation from hydrogen atoms. This frequency is exactly what some SETI theorists predicted an alien culture would use since it makes a kind of cosmic sense as a interstellar beacon. As alluring as this aspect of the "WOW!" signal was, numerous repeated searchers with much more powerful receivers have never found anything like it again. Bummer.

So what was the "WOW!" signal? Who knows? That is what makes it enigmatic, fun and exciting. As Jerry Ehman later put it "I choose not to draw vast conclusions from half vast data."

But some folks just can't resist vast conclusions and that includes people who do television. I was recently contacted by National Geographic for a show they were doing on the "WOW!" signal. They wanted to know if I'd create a short video message to be beamed into space in the direction on the "WOW!" signal's location on the sky. Other folks (including Stephen Colbert) were creating messages and they were even taking people's tweets and beaming out those too. "Wow," I thought, "this is a great idea."

Then I looked at the website and saw a whole lot of UFOs. Chasing UFOs to be exact. The "WOW!" reply, which I thought was an absolutely beautiful idea was part of a series called Chasing UFOs which seemed to include some a trio of attractive hosts staring meaningfully into the camera. I guess they will be taking us all on tours of the spectacular world of UFOs.

First Ghost Hunters, now Chasing UFOs. What's next, Real Housewives of the Leprechauns? (As an interesting aside Animal Planet just did a faux documentary show on Merpeople that forced NOAA to affirm ... surprise ... that mermaids do not exist). I love crazy ideas as much as they next guy, but UFOs are not science and passing them off as such does no service to anyone.

Even if the "WOW!" signal had an ET origin, that would hardly imply that we are routinely being visited, probed, prodded or having our evolution messed with by aliens. Sheesh.

But I recorded my response anyway because who doesn't want to address the universe. We shall just have to wait and see if something happens — more than once.

My message to the aliens. Don't mess with Jersey!