Accessibility links
If We Reach The Stars, Will It Matter? : 13.7: Cosmos And Culture Should we be sending emissaries (and colonists) to the stars. Yes! Just remember that those who leave won't really be coming back.

If We Reach The Stars, Will It Matter?

If We Reach The Stars, Will It Matter? 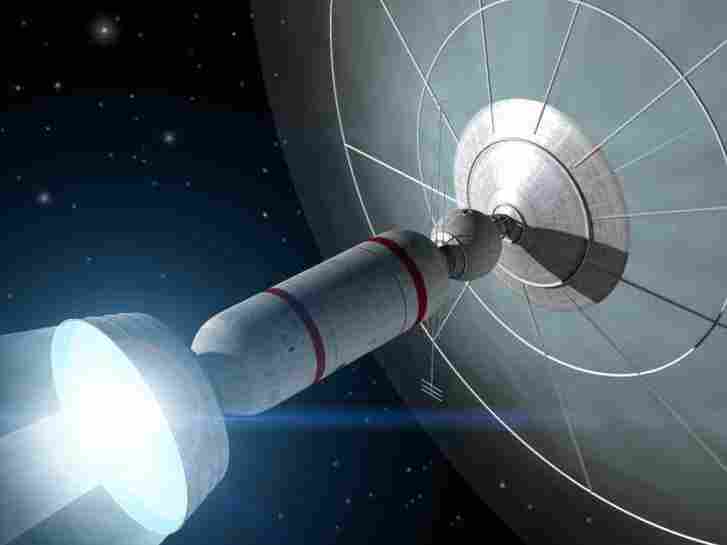 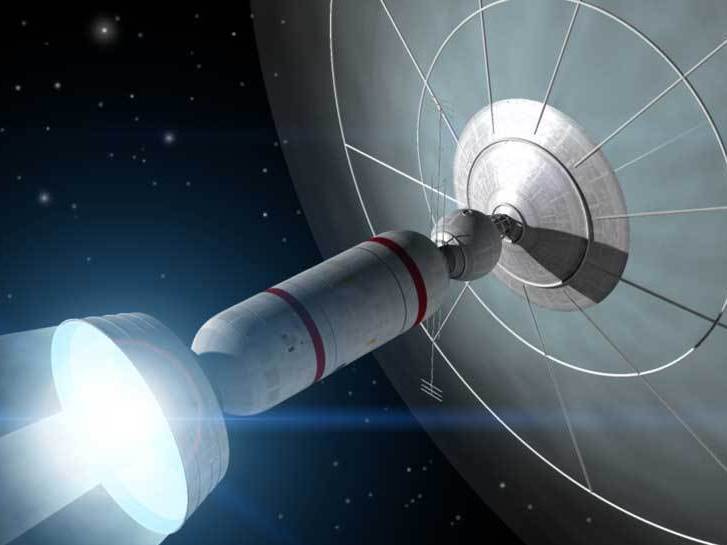 An artists rendition of an interstellar "Bussard Ram-Jet" starship.

Where will the drama of the human future be played out? Will it be out among the stars, or will it be confined to the domains of the solar system? Might we not even get that far and be stuck for the next few thousand years scratching things out here on the Earth's surface?

These were questions I asked last week in a New York Times op-ed piece. My main point was to focus on vast the distances between stars and get real about what they mean for our future. Rapid star-travel via concepts like a "warp drive" remain so deep in science fiction that looking in that direction for hope means wishing for a miracle. The scientific reality of manipulating space-time in any meaningful way would require a kind of technological advancement that would essentially make us demi-gods. For all our remarkable advancements we have never seen anything that gave us leaps in energy control on the scale required for hyperdrive, wormhole manipulation etc.

On a more realistic level even our most ambitious technological dreams still demand "generation ships" that make the crossing to habitable systems in centuries. Thus I argued the future most of humanity will inhabit would involve inhabiting the solar system to the best of our abilities. My argument was really about the future of culture.

But that doesn't mean we should give up on research interstellar travel.

One of my favorite blogs is Centauri Dreams, run by Paul Gilster and the Tau Zero Foundation. Centauri Dreams is all about the nuts and bolts possibility of interstellar travel. Real physics. Real astronomy. As you can imagine, Glister was not buying my argument. In a response to my NY Times piece he writes:

"An interstellar movement has been brewing for the past sixty or so years among physicists and engineers who have taken a serious look at what it would take to get to the stars. Their work is not based on wishes but on physics, and while they are aware of the intractable distances to reach even the nearest star (4.2 years at the speed of light itself), they have continued to study how to send spacecraft on such epic journeys. Organizations have emerged — DARPA's 100 Year Starship, Icarus Interstellar, the Tau Zero Foundation — whose members call to mind physicist Robert Forward's injunction: 'Travel to the stars is difficult but not impossible.'"

Gilster goes on to argue that future advances in propulsion technology and ultralight nanomaterials will allow us to get ever closer to the cosmic light-speed limit. In addition he brings up the necessity of providing humanity with more than one cosmic home:

"Even as our species nurtures the home world, we live in a dangerous environment whose history has been punctuated by mass extinctions, some of them caused by impacts from space debris. Getting representatives of humanity off this planet is an insurance policy that guarantees our survival."

I agree. I also support the enthusiasm that Gilster and the other scientists and engineers bring to their study of the real-world problems of real interstellar flight. Sometimes reading the posts in Centauri Dreams I get so excited I need to jump out of my seat. It's work that should, without a doubt, go foward.

But that doesn't change my point.

Even if we could get a starship up to 10% of light speed (which would be an epoch-making achievement) then the round trip to the nearest known star with a planet would still take 300 years (it's Gliese 876d for all you exoplanet fans). It's hard to imagine a culture driving significant changes in a significant fraction of humanity based on three-century long shipping delays! As much as I support moving forward in interstellar research, I can't escape the conclusion that the theater of our future — for at least a few thousand years — will be here in the solar system. Not forever, perhaps, but millennia at least. And that is a long, long time.

Should we be sending emissaries (and colonists) to the stars. Yes! Just remember that those who leave won't really be coming back.