Accessibility links
Doping: It's Just Part Of The Game : 13.7: Cosmos And Culture Enhancing performance is what sports is all about. Commentator Alva Noë says drug users are not cheaters in any deep sense. Our outrage reflects our engagement with sports and is a clue to why sports matter.

Doping: It's Just Part Of The Game

Doping: It's Just Part Of The Game 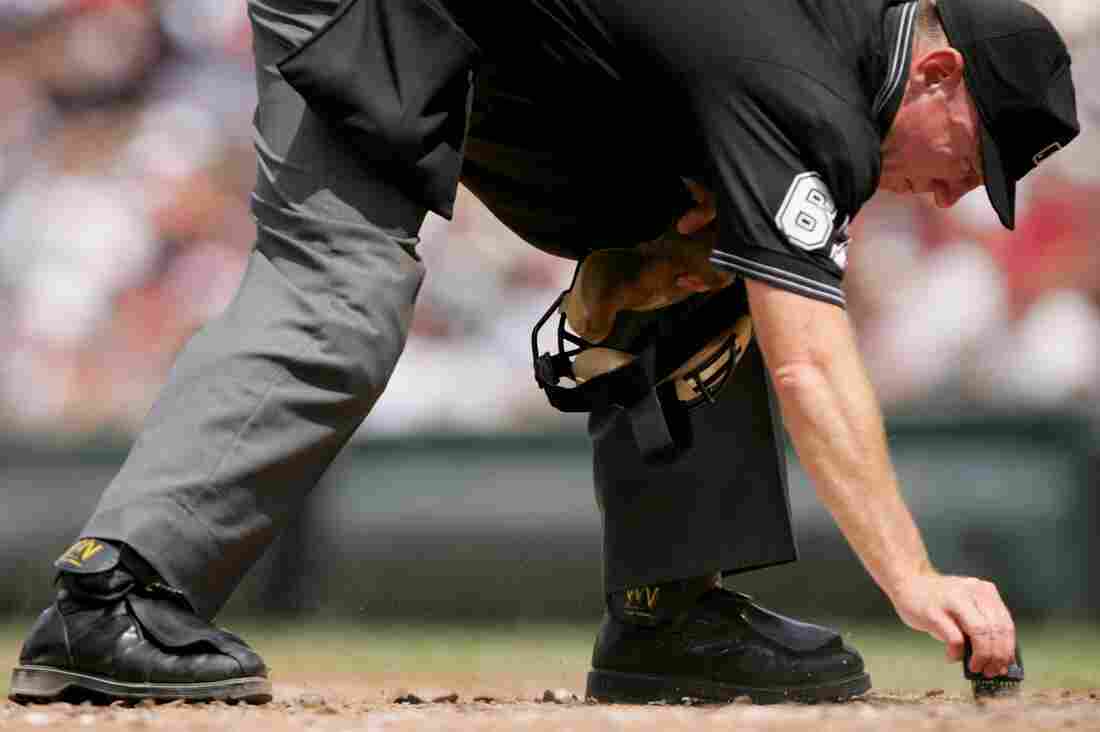 Are performance enhancing drugs just part of the game, proscribed by the rules but understood by all to be a gray area open to interpretation, like a tough call by a referee or umpire? Doug Pensinger/Getty Images hide caption 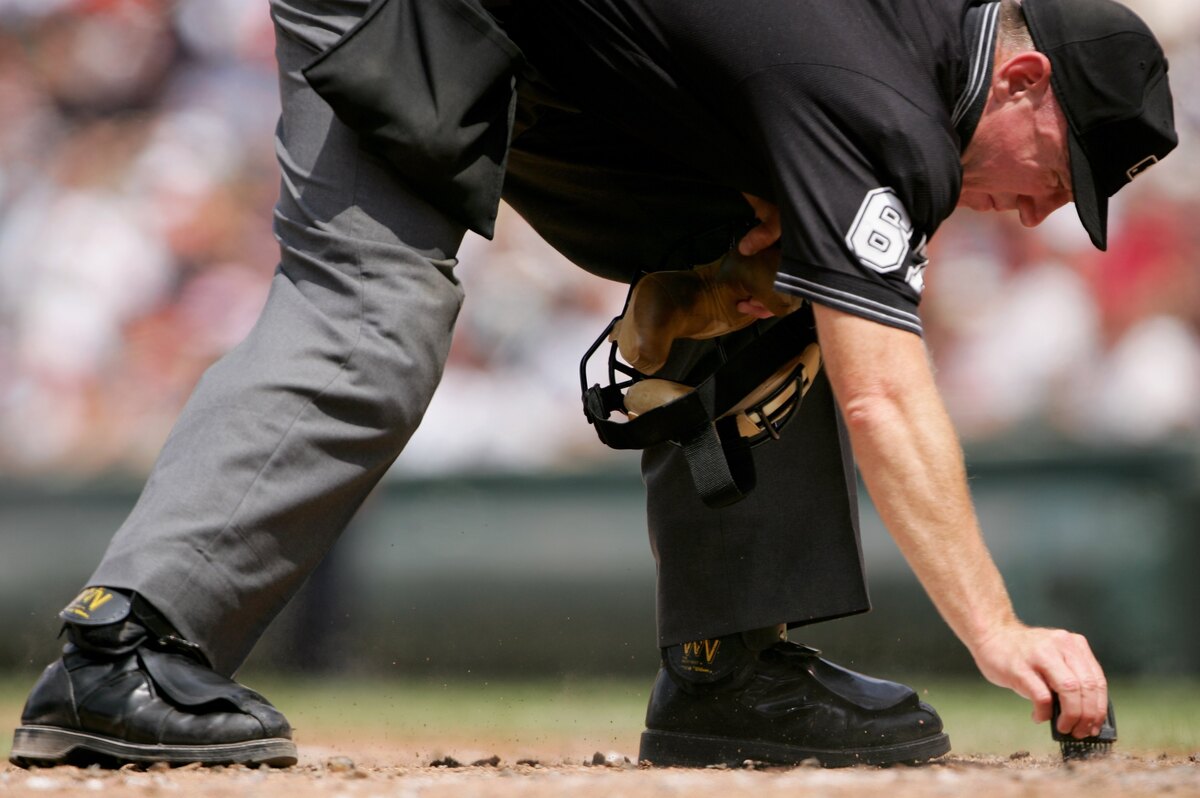 Are performance enhancing drugs just part of the game, proscribed by the rules but understood by all to be a gray area open to interpretation, like a tough call by a referee or umpire?

I would like to begin by thanking readers, so many of whom took the effort to express their outrage at my suggestion, posted here last week, that perhaps the widespread criticism of Lance Armstrong, and other athletes who have been caught doping, is a symptom that we, the public at large, have not come to terms with something basic about ourselves, namely, that we are extended beings whose boundaries depend on the innovative use of technology as much as they depend on anything more intrinsic to our ourselves.

Actually, I disagree. The matter at hand is not really cheating. Cheating is simple. Black and white. But there's nothing black and white about the current situation. Drug use in sports is widespread. Outrage against drug use is widespread. What's going on? Why are we so upset? Why are we unable to get athletes to stop doping? And why do we care so much? Why the outrage?

Let's notice, right off the bat, that organized sports have rules, but that not all rules are of the same standing. Some rules are constitutive of the activities they govern. If you take a bus to the finish line, or take short cuts through back yards, you are breaking the rules of road running in such a way that, really, you aren't even competing. At best you are perpetrating a fraud. Putting a piece of metal in your boxing glove, starting running before the pistol fires, using a motor to drive your bicycle through the Alps — theses violations are such as to remove you from any claim even to have participated.

But not all rules are defining in this way. The differences between the rules of NBA basketball and that of international or college play are substantial; but they are different ways of playing the same game, basketball. And baseball has changed many rules over the years — introducing the foul-strike rule, for example — without thereby destroying the game. The game has merely evolved.

Rules governing what athletes may eat, drink, or otherwise consume, and how they may legitimately train for competition, these fall into this second category of non-constitutive rules. You can't compare breaking a rule of this kind with breaking a rule of the first kind. Taking a drug to improve your performance is nothing like slipping a drug into your opponent's breakfast cereal. Eating a banned substance is nothing like using a motor in a bicycle race. It is just sloppy reasoning — equivocating between the different kinds of rules involved — to suggest that it is. Cheating comes in different varieties.

The thing about the first kind of rule, the constitutive ones, is that they define the limits of the game. They let you say this is inside and anything else is outside. Running across the diamond from first to third is excluded in baseball. According to the rules, it falls outside.

But this isn't true of the second kind of rule. The interesting thing about these rules is that they get formulated not at the boundaries of the game, but within it. And they remain, always, within the sport, areas of live concern and contention.

Consider: you can't drug an opponent to win a game. That's excluded by the basic, constitutive rules. But what about throwing the ball at a batter's head, or ramming into a defending catcher so hard that you threaten to hurt him in an effort to get him to drop the ball, as happened (for the umpteenth time) this past week? There are rules against this sort of thing as well. But note, although the rules proscribe these actions, the actions in question are not exactly excluded. The interesting thing here is not merely that players routinely pitch to intimidate, or slide to take out a defender. The interesting thing is that it actually belongs to the culture of the game to dispute whether such play is legitimate or not. The controversy happens not at the limits of the game, but at its heart.

And to test those internal limits, to be willing to give your all even at the risk of injury to yourself and to others, is actually what is required of any player who aims at excellence.

Now my proposal is this: doping is a violation of this latter kind. Doping does not put you outside the game in the way that driving to the finish line of a running race would. Doping is more like the unclean slide or the bean ball. It may be cheating, but it is cheating that is intelligible and motivated internal to the game, it is cheating that is consistent, in so many ways, with the spirit of self-actualization, creativity, and achievement that is the mark of all sports. Any athlete committed to being the best he or she can be, to going to new heights, is going to need to be willing to take risks of this kind.

One benefit of this proposal is that it explains why doping persists despite the efforts to ban it. Asking an athlete not to dope is like asking him to hold back while running the bases. There's good reasons to make that request. And good reasons for it to be disregarded.

I think it also explains why passions run so high. If doping were merely a matter of violating constitutive rules, then we'd simply disqualify the players and get on with it. But doping, like unclean slides in baseball, or roughness in hockey, but also, perhaps, like zone defense in basketball, is a hot topic, a controversial gray area, an area where we have strong feelings and are drawn to take a stand. These are open controversies that belong to the life of the games in question. We debate these questions on the inside.

The important point is this. From the standpoint of the athlete — and as fans we identify with the athlete — doping isn't cheating any more than sliding hard is cheating. Doping doesn't put you outside the game any more than sacrificing your marriage or getting up at 3:30 every morning so that you can get time at the ice rink puts you outside the game. Athletes are in it for the achievement. Athletes will not say No.

And that's why sports matter to us. We are not outsiders looking down on life. We are players. We can never take the rules of life for granted. We are learning them, or figuring them out, or making them up, or, sometimes, trying to change them, as we go along. If sports were merely about the moves that can be made in the space defined by the rules, I don't think we'd find sports that interesting. Sports are about living a life as a player. And players, like the rest of us, test the limits. At least if they are ambitious. They don't say no. And they don't fear going outside normal play. Because they understand — again, this is why sports matter — that, from their point of view, there is no outside.