Accessibility links
For How Long Have We Been Human? : 13.7: Cosmos And Culture It sounds like a straightforward question: When did we become human? But as commentator and anthropologist Barbara J. King suggests, the answers are multiple and entangled. An African archaeological site dated to 100,000 years ago holds some clues.

For How Long Have We Been Human?

For How Long Have We Been Human? 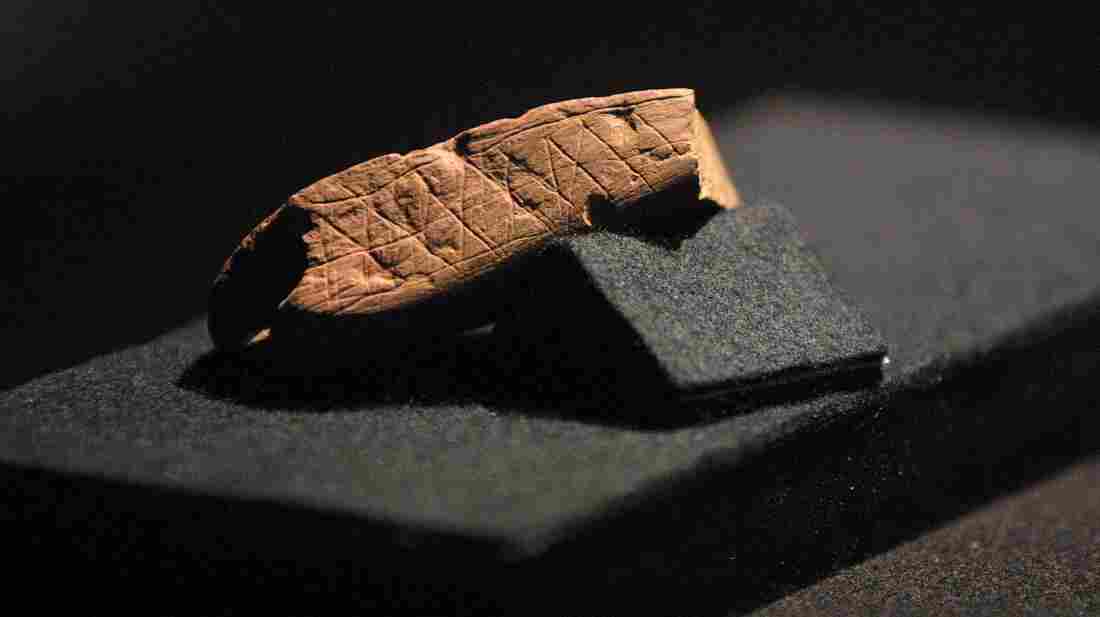 A piece of red ochre with a deliberately engraved design is pictured here at Cape Town's Iziko/South African Museum in 2002. The piece was discovered in Blombos Cave near Stilbaai, about 300 kilometers from Cape Town. Anna Ziemenski/AFP/Getty Images hide caption 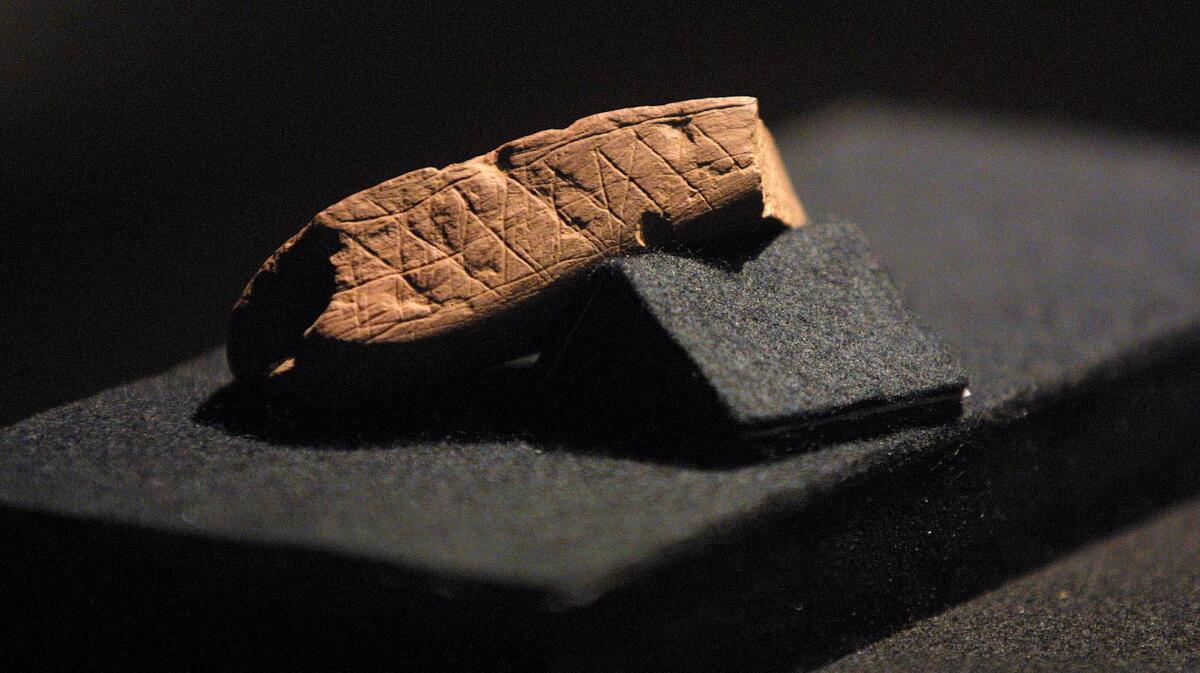 A piece of red ochre with a deliberately engraved design is pictured here at Cape Town's Iziko/South African Museum in 2002. The piece was discovered in Blombos Cave near Stilbaai, about 300 kilometers from Cape Town.

This year I greeted my new Biological Anthropology students with a chalked timeline of some human-evolution highlights:

6-7 million years ago: Start of the human lineage, following a split with the lineage containing chimpanzees and gorillas

2.6 mya: Onset of large-scale making and use of stone tool technology

2.5 mya: First human ancestors in our own genus, Homo

Around 12,000: Onset of agriculture and human settlements. Up until this period, all human groups lived by hunting and gathering. (This transition was neither linear nor simple.)

But can we really affix a date to becoming human? Here's a question too complex for first-day-of-class lists. I've written elsewhere that I love my field because doing anthropology so often starts with agitated questions. "For how long have we been human?" surely counts as one of those.

The 200,000 date refers to the earliest known anatomically modern humans, skeletons found at places like Omo and Herto in Ethiopia. They represent people with slender body types, high foreheads, and reduced brow ridges compared to Neanderthals or earlier human ancestors.

But no one would argue that becoming human is about anatomy.

And who's to say that Neanderthals, though a different species, weren't human? They looked different from us — more robust, with thicker and strong bones and a different shape skull. But they made sophisticated tools and, at least in some places, thought symbolically and buried their dead. Neanderthals co-existed with us, and as we're just finding out, so did the Denisovan people living in Siberia tens of thousands of years ago.

So when did modern behavior emerge? Talk about fraught questions!

Last year, archaeologist Christopher Henshilwood and his team described what they term a paint factory at Blombos Cave, a Homo sapiens site perched on a cliff overlooking South Africa's Indian Ocean. There, people used tools to grind ocher into powder, and applied charcoal and oil from seal bones to mix up red and yellow paint. There's a short video clip included here that offers good visual access to the artifacts.

We don't know how the paints were used: no painted walls or objects have been found. Perhaps people painted their bodies?

In any case, it's the date of this paint factory that is jaw-dropping: 100,000 years ago. For a long time anthropologists didn't expect to find this sort of pointer to complex human symbolic and creative activity so long ago or, it has to be said, in Africa. (The home of modern human behavior had been thought to be Europe.)

Were the people living at Blombos carrying out modern human behaviors? Christopher Henshilwood thinks the answer to that question is a resounding "yes."

Right now (even as scientists search for older evidence elsewhere), it seems that there may have been a newly creative and inventive period in Europe around 40,000 years ago. That's where and when, it was announced this summer, we find new manifestations of humanity, including musical instruments such as flutes of bird bones and mammoth ivory found in Germany.

One thing my students will learn this semester is that straightforward questions about humans and our past rarely have straightforward answers. That's precisely what makes asking the questions in the first place so worthwhile, and fabulously enjoyable.