Accessibility links
Sean Carroll Tells A Story Of Humanity In The Hunt For The Higgs Boson : 13.7: Cosmos And Culture If you're the kind who secretly obsesses about the fundamental nature of reality but wouldn't know a boson if it was delivering roses at your doorstep, I have good news for you.

Now that the election is over its time to address that one burning question still haunting us all. You know the one I am talking about: What exactly is the Higgs Boson? 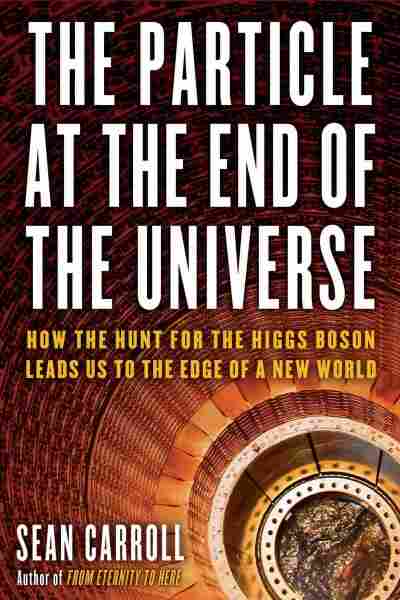 If you're the kind who secretly obsesses about the fundamental nature of reality but wouldn't know a boson if it was delivering roses at your doorstep, I have good news for you. Physicist and science blogger Sean Carroll's new book The Particle At The End Of The Universe, is filled with insight, great story telling and a whole lot of Higgs Bosons.

Carroll's task is not an easy one. The Higgs is, essentially, the fundamental particle which gives all other fundamental particles the very fundamental property we call mass. It's the Higgs that "makes" mass. Unfortunately that bold statement actually hides most of the real story. The Higgs is really the capstone of an ornate pyramid of abstract ideas physicists have been building for decades as they struggled to answer a simple question: "What is matter?"

Carroll, a physicist with an intimate knowledge of his subject, gives us a grand story that begins with the Greeks 2,500 years ago and ends with an other-worldly atom smasher in Geneva last summer. Carroll's book succeeds by combining lucid descriptions of the triumphant physics behind the Higgs with the very human story of the search itself. As he puts it:

The search for the Higgs is not just a story of subatomic particles and esoteric ideas. Its also a tale of money, politics and jealousy.

Carroll's book is more than a tour of big ideas and big events in physics. With wit and honesty Carroll conveys why the fundamental questions of science matter so much to human culture:

When you're six years old everyone asks these kinds questions. Why is the sky blue, why do things fall down? ... That innate curiosity is beaten out of us by years of schooling and the pressures of real life.

In the still corners of our life, however, those questions never really disappear. As Carroll shows so clearly, we strive to understand the fundamental questions for a fundamental reasons:

We are a part of the Universe that has developed a remarkable ability: to hold an image of the world in our minds.

That capacity, as Carroll shows us in The Particle At The End of The Universe, carries its own responsibility and its own joy.