Accessibility links
The Story Of Bill And Lou: A Life And Death Animal Rights Controversy : 13.7: Cosmos And Culture Outrage by animal activists has altered plans for a pair of working oxen on the campus of Green Mountain College. Commentator Barbara J. King reviews the now-famous case of Bill and Lou, questioning the wisdom of the animal-rights outrage surrounding the pair.

The Story Of Bill And Lou: A Life And Death Animal Rights Controversy

The Story Of Bill And Lou: A Life And Death Animal Rights Controversy 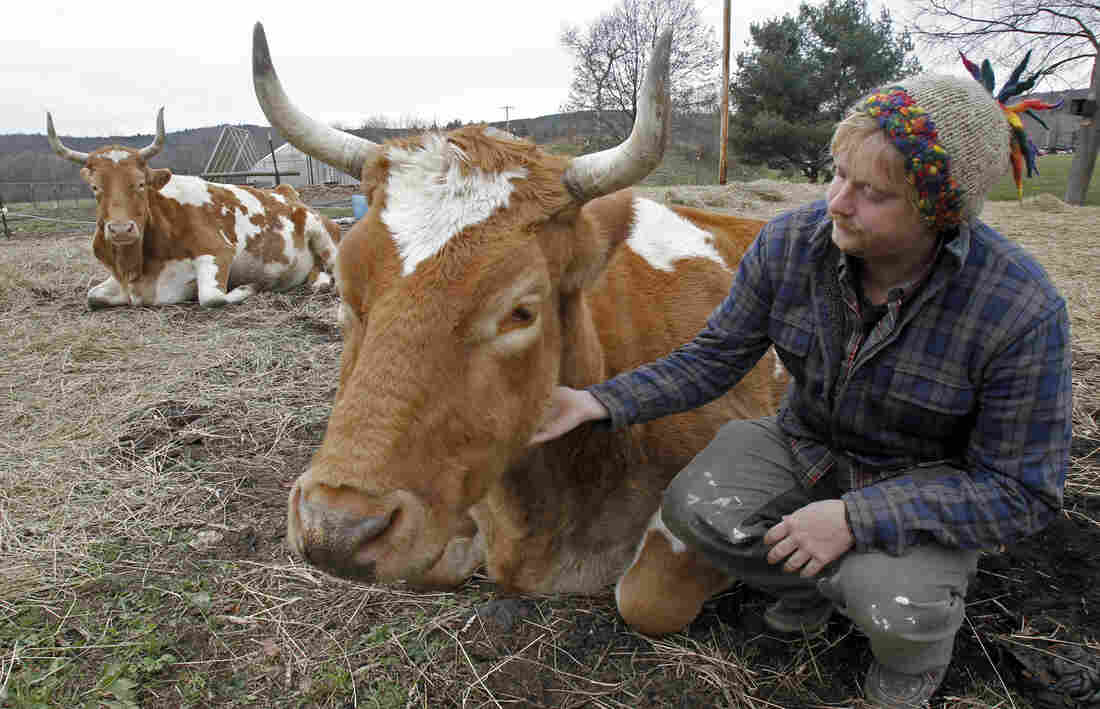 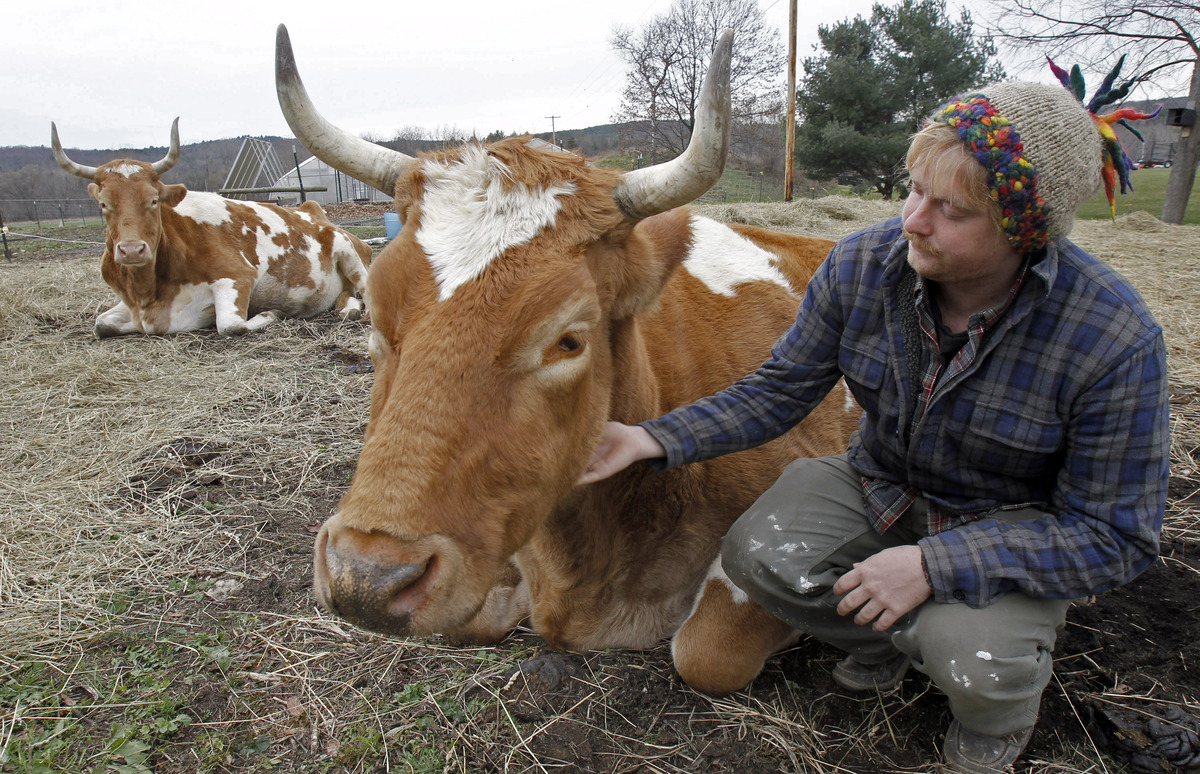 At the dining halls of Green Mountain College in Vermont, one long-term goal is to offer meat only from animals raised and slaughtered in a humane way. Thirty percent of the student body is vegan or vegetarian, but that leaves 70 percent as meat eaters. Given the reality of meat-eating and meat-slaughtering habits in this country, this Green Mountain goal should be welcome news.

So why has Green Mountain been under attack by animal-rights advocates?

The story turns on two oxen named Lou and Bill who came to the College as youngsters, arriving malnourished from a dairy farm. For the next 10 years, the pair tilled the fields on Green Mountain's working farm. By all accounts, they enjoyed good lives. Then Lou sustained a leg injury, which did not improve with treatment or rest. As a community — administrators, faculty, and students — the College debated what to do, then announced in October that both oxen would be slaughtered and eaten.

Many people raised questions about this plan, for example my friends Marc Bekoff blogging at Psychology Today and Bruce Friedrich blogging at The Huffington Post. This is understandable, especially given the intended killing of Bill, a healthy ox. But not everyone saw fit to stop there. Local family owned slaughterhouses in Vermont, and the College itself, reportedly became the targets of great hostility by protesters.

On November 11, citing his declining health, the College euthanized Lou. Bekoff and others have raised questions about that death.

Call me naïve — Angel Flinn over at Gentle World surely would — but I don't feel any great skepticism about the killing of Lou. It's excruciatingly hard to know when is the right time to end a sick animal's life, as bioethicist Jessica Pierce's new book on the topic attests. I certainly don't feel comfortable judging the matter from a distance, on abstract principle, especially when it was observed that Lou was in pain.

Of course, the question now is how long Bill will be allowed to live. On October 31, before Lou was euthanized, Green Mountain College President Paul J. Fonteyn said this:

We have decided to continue to care for the oxen until a date with a reputable USDA approved slaughterhouse can be obtained. In the meantime, Lou and Bill will not be sent to a sanctuary but will continue to stay with us in familiar surroundings. Eventually the animals will be processed as planned.

The College has made clear that the animals' role relates to sustainable farming, and that the plans for their slaughter and consumption must be understood in that framework. Although now, with Lou having been euthanized instead of slaughtered, it's only Bill who could be "processed."

So what's the upshot of all this?

I don't agree with Green Mountain's plan to kill Bill along with Lou. Sure, Bill might be experiencing sadness right now at the loss of his lifelong partner; my work on animal grief even suggests that this is a likely outcome. Nonetheless, as a healthy animal himself, Bill is entitled to live out his years at the home he has known. His life has value in and of itself.

Still, I see Green Mountain's commitment to sustainable farming, and to grappling with the hard issues surrounding the humane treatment of animals, as wholly admirable. From what I can tell, Lou was, and Bill is, known and loved as an individual by many at the College.

In my view, some animal rightists went too far with their responses to this case. They went after people in Vermont who should, instead, be appreciated for teaching about and living with complex environmental issues, including animal ethics.

The same cannot be said of people in charge of factory farms, a more appropriate target for animal activism.