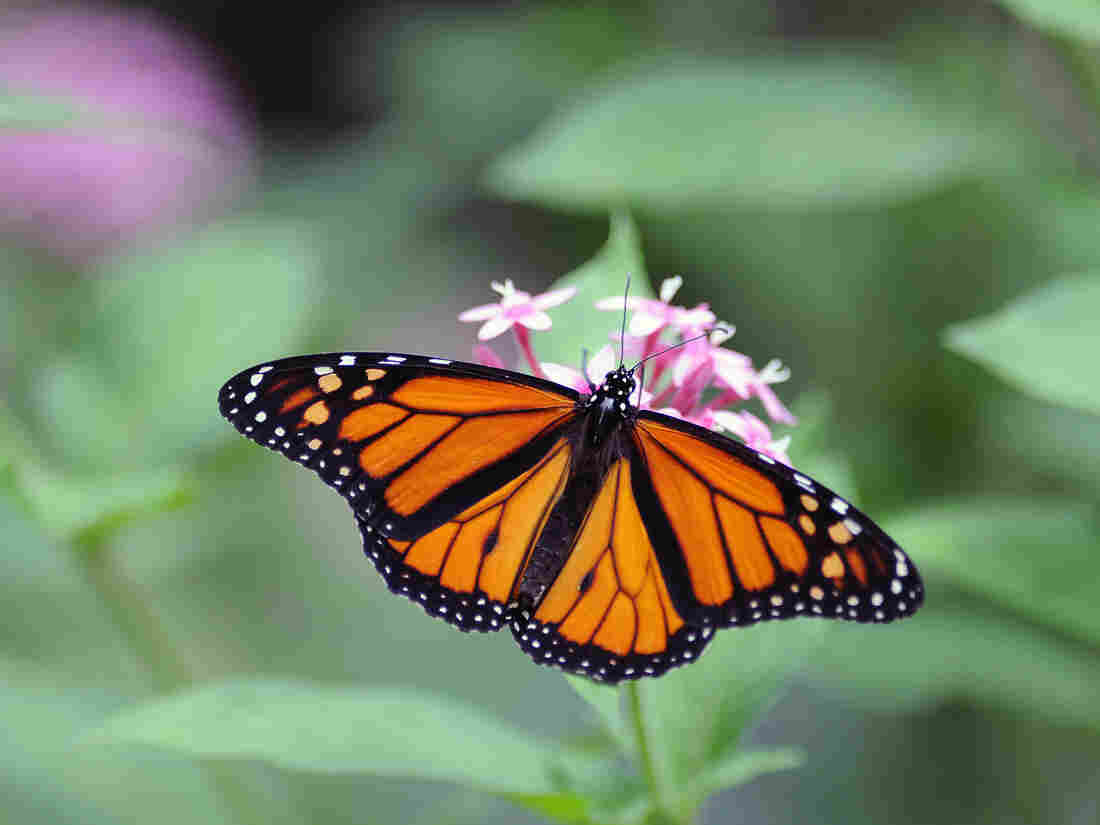 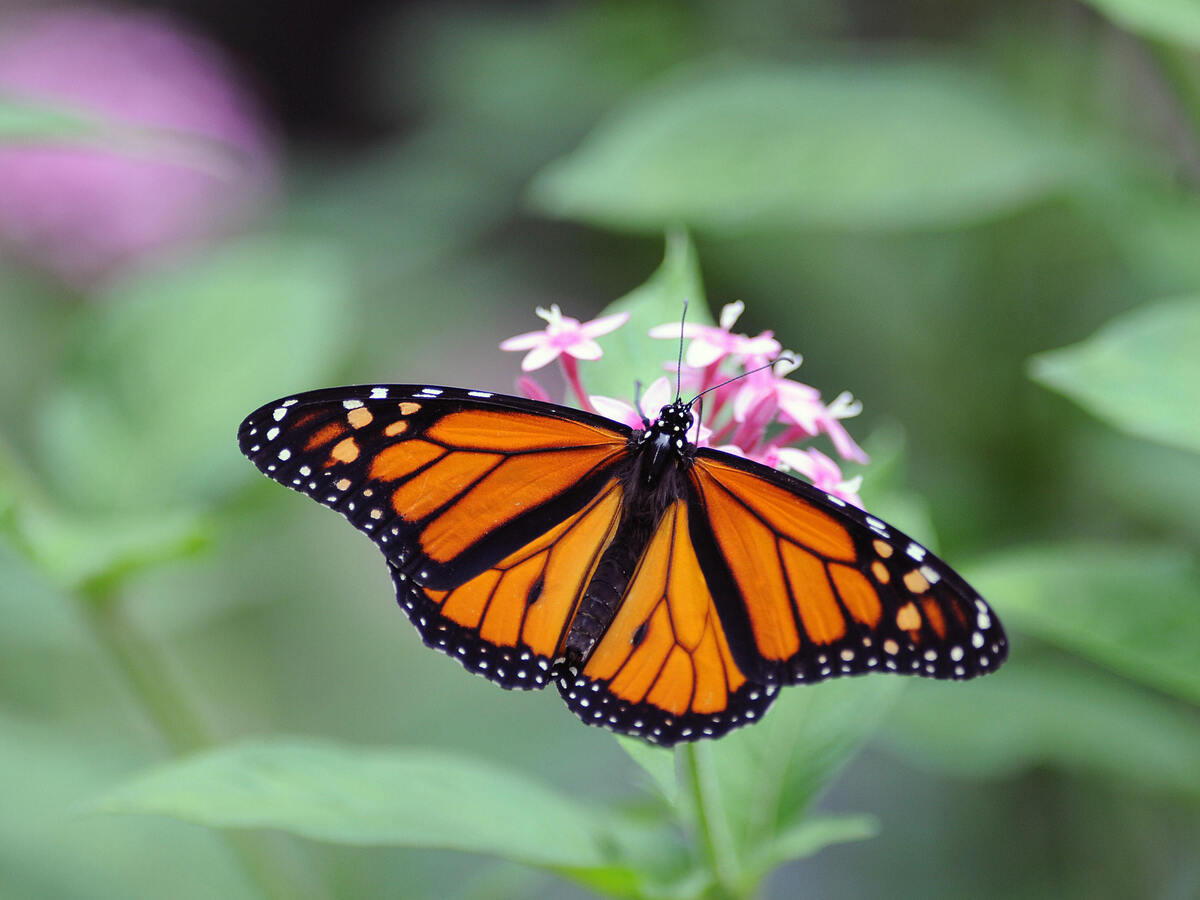 Alan turned off his Kindle, slightly nostalgic for the satisfying slap of a hardcover firmly closed and stowed as a souvenir of some imagined world. Things could change so quickly.

He'd just finished reading Flight Behavior, Barbara Kingsolver's latest novel of love, loss and climate change, the story of a young woman's derailed ambitions and the millions of monarch butterflies that found themselves on her in-laws' struggling Tennessee farm, their typical winter migration disrupted by a warming planet. It was an engrossing read that left him caught between the thawing Appalachian winter he'd just left behind and the artificial warmth of his Manhattan apartment, mercifully spared by Superstorm Sandy.

The novel itself was also caught between two worlds: was it a vehicle for scientific facts and environmental persuasion, or plain old literary fiction, a straightforward addition to Kingsolver's fictional oeuvre? Could it be both? And were there really displaced Monarch butterflies in Tennessee?

He'd read the reviews. Some didn't think Kingsolver had pulled it off, describing the ecological backstory as "mildly unconvincing," complaining that the characters often sounded "more like spokespersons than flesh and blood human beings." But many, while noting the challenge of engaging with urgent social issues, were generally positive, and Alan was as well. He'd enjoyed the book, and marveled at Kingsolver's intricate interweaving of multiple threads — scientific content and commentary materializing as characters unraveled and new patterns emerged.

But he couldn't help wondering whether fiction could really be a tool for persuasion, or for scientific learning of any kind. Would his sister Randi, for example, a libertarian, be any more inclined to support regulation of carbon emissions after reading the novel? Would her teenage son learn anything about ecology in the unlikely event that he picked up the book, too?

Alan's musings were interrupted by the urgent trill of his phone alarm, a reminder to get going for a blind date to which he'd reluctantly agreed weeks before after his friends complained that being a quantitative analyst made him disinclined to take personal risks. He'd been promised a diminutive, smart, and fiery-haired beauty, not unlike Dellarobia Turnbow, the novel's main character. But from what he'd been told, his date was considerably better educated and wealthier: a PhD-in-experimental-psychology-turned-successful playwright.

When he found himself seated across from Dr. Joyce ("call me Florence, not Flo!") at a trendy tapas bar half an hour later, he wasn't disappointed. But his mind wasn't on the evening they had planned, instead drawing back to the novel's implications for what he had thought to be a well-patrolled border between science and literary fiction.

So it was with little grace and less self-consciousness, and not so much as a glance at the elegant, hand-written menu, that Alan began his inquiry.

"You have a background in psychology, right," he stated rather than asked. "And you've thought about what people learn from your plays?"

"Sure," Florence replied, taken aback by both the hungry tone and unexpected content of Alan's first move in this awkward dance of first acquaintance.

"So tell me this," Alan pressed on, ignoring the waiter hovering at his elbow. "Can people change their minds by reading fiction?" The last was punctuated by quizzical, bunched brows.

Florence smiled, unsure whether to be charmed by his blunt enthusiasm or to start planning an early escape. She decided to give him the benefit of the doubt – she hadn't braved five blocks in heeled boots to give up so soon. And there was something endearing about the unlikely pairing of his rumpled Levi's with an expensive-looking shirt that was almost certainly custom made. He didn't look half bad.

"That's a good question," she replied, tucking away a stray strand of red hair. "There's not a lot of systematic research on how reading fiction changes people's opinions or behavior, but one study found that a majority of serious readers reported that one or more books had in some way helped them or made a big difference in their lives. Another study found that people's ratings of their own personalities changed more after reading a Chekhov story than after reading the same information presented as if it were a real court transcript. The fictional version also generated a greater emotional response, even though it wasn't judged any more interesting than the non-fiction version." She knew from experience not to throw in authors, references, numbers – not the right impression for a first date. Or a second. Or a third.

Alan was attentive but unimpressed. "Of course; music can also change your emotions and maybe even your life, any art can! But what about the content of what you read in literature? The arguments? Can they change your mind about something important?"

Florence paused, thinking back to her years as a struggling science journalist en route to discovering her own fictional form: the play. She more or less knew the relevant psychology, but as always, the experimental details struck her as simultaneously boring and important. In fiction the details could always be interesting and important.

"Not that much is known," she repeated, frowning, "especially about what you might consider to be 'something important.' But we do know that people partially compartmentalize what they read in fiction, keeping it separate from what they believe is true of the real world. But at the same time we know that there can be some leakage. For example, if you read a story in which a character mentions, in passing, that most mental illness has been shown to be contagious, you'll have a harder time rejecting the idea later on, at least for the few minutes after reading the story. You can also pick up 'misinformation' without later realizing that it comes from the story."

"What about controversial social issues," Alan interrupted, "or new scientific ideas?" He thought, but didn't add, "like anthropogenic climate change."

"Well, one study found that watching the movie Cider House Rules, another kind of fiction, shifted people's views on whether abortion should be legalized in the case of incest — you can't say that's not important or controversial!" Florence offered. "More generally, people seem to be moved by compelling anecdotes about social problems and their causes, whether the anecdotes are fictional or presented as factual."

Now Alan looked impressed. Perhaps, Florence thought for the first time, she should have thrown in some references and numbers.

"As for science," she added, "even 4-year-olds can learn biological ideas, like about camouflage in animals, from story books, and they expect what they learned to generalize to real animals."

Alan's brow furrowed again. "I'm not surprised about the kids – they probably can't tell the difference between fantasy and reality anyway. But will people pick up anything from fiction, or only the good arguments, the valid scientific facts?"

"Kids are actually quite good at differentiating fantasy from reality by that age," Florence corrected, trying hard not to sound like a Psych 101 instructor. "And they're pretty sophisticated about this sort of stuff. For example, they're more likely to think something they learn in a story extends to the real world if the fictional world in the story is similar to the real world. Adults are presumably the same — I'd bet you're more likely to believe a new scientific claim that's mentioned in a detective novel than in a fantasy novel. Though the more you're willing to suspend disbelief and dive into a fictional world, the less good you are at segregating the facts from the fabrications. It's a tricky business." Now Florence was the one ignoring the waiter, back for a second attempt.

"And there's just no guarantee that you'll only come to believe the good arguments or the true facts in fiction," Florence continued. "But we don't even get that guarantee in non-fiction! The beauty of fiction is the experience that infuses the content — when you finish a novel, you step out of the fictional world and into your life a slightly different person, perhaps understanding two sides of an issue more deeply, even if you haven't changed your mind about it."

But Alan still didn't know whether there were Monarch butterflies roosting in Tennessee.

"When you do get to the end and back to your 'normal' life," he complained, "you're still left wondering what is and isn't true!"