Accessibility links
Are Moral Philosophers Better People? : 13.7: Cosmos And Culture What can we learn from philosophers about keeping New Year's resolutions and becoming better people? Commentator Tania Lombrozo considers some clever studies on the relationship between words and deeds.

Resolving To Be A Better Person This Year? It'll Take More Than Good Intentions

Resolving To Be A Better Person This Year? It'll Take More Than Good Intentions 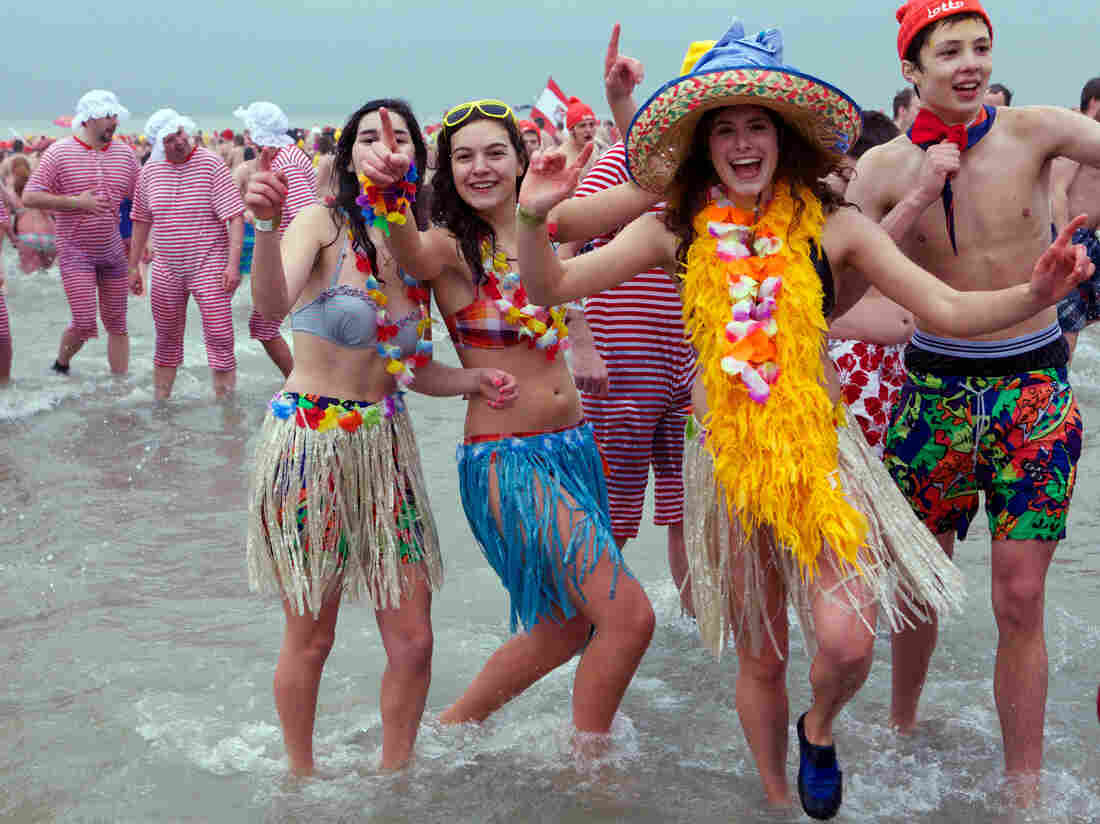 Now that the party is over, are you ready to make good on your New Year's resolutions? Kurt Desplenter/AFP/Getty Images hide caption 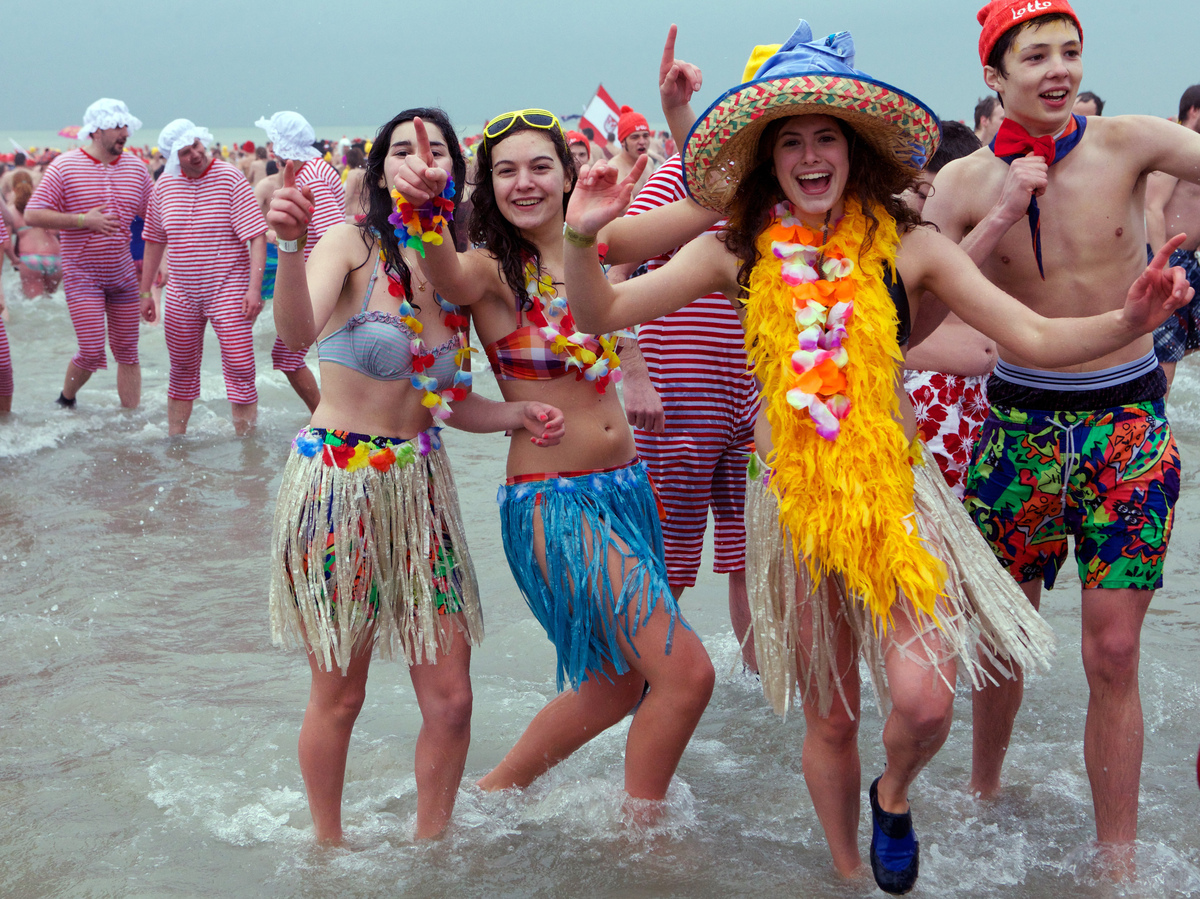 Now that the party is over, are you ready to make good on your New Year's resolutions?

It's a brand new year for 13.7 (our 4th!), and I'm pleased to kick off our 2013 return to regular posting with some thoughts on the human propensity to say (or think) one thing and do another.

The New Year is a time for resolutions, new beginnings and hope. If you're like me, the exercise of generating resolutions is both heartening ("I can change!") and humbling ("I haven't changed much since last year"). And if you're like me, one overarching resolution is to be more generous, more patient, more forgiving and more moral — in short, to become a better person.

Apparently some people are like me: a Marist poll reported by Sarah LeTrent at CNN.com found that being a better person was the third most common resolution for 2012, coming in just after losing weight and exercising more often, and tied with quitting smoking and saving more money.

But what does it mean to be a better person? Or even a good person? A moral person? And how can you become one?

Ensconced within the Ivory Tower are scholars who spend their days pondering these very questions: philosophers, our secular guides to questions of value. But if you look to them for guidance, you'd be advised to do as they say, not as they do.

In a set of clever studies, philosopher Eric Schwitzgebel and his collaborators have investigated whether ethicists (i.e., moral philosophers, people who spend a whole lot of time thinking about morality and how people ought to behave) in fact do behave any more morally than other people. At issue is the relationship between explicit thought and everyday actions: do expertise and reflection translate into better behavior?

The answer seems to be no.

Schwitzgebel first found that ethics books were more likely to go missing from academic libraries when compared to other philosophy books matched in age and popularity, suggesting that students of ethics might not be so ethical when it comes to library return policies. He also found that political scientists vote more often than other kinds of academics, while ethicists and political philosophers do not. If you take voting as a sign of civic engagement, with some moral value, this doesn't look good for ethicists.

In another study, even philosophers didn't think that their ethicist colleagues behaved any more ethically than their non-ethicist colleagues, such as the epistemologists and metaphysicians in their departments. And in studies measuring philosophers' actual behavior rather than their judgments about each other, Schwitzgebel found that ethicists were no more courteous than non-ethicists at a philosophy conference. (A more heartening finding was that people attending talks in environmental ethics did leave less trash behind in their meeting rooms.)

A final study, forthcoming in the journal Philosophical Psychology, asked ethicists, non-ethicist philosophers, and other kinds of academics to indicate their views on topics like voting, vegetarianism, organ donation and charitable giving. For some of these items the researchers were also able to get a more direct sense for people's actual behavior by — for example — asking whether they ate meat at their last evening meal or whether their driver's license identified them as an organ donor. The findings?

Ethicists expressed somewhat more stringent normative attitudes on some issues, such as vegetarianism and charitable donation. However, on no issue did ethicists show significantly better behavior than the two comparison groups.

In other words, ethicists did tend to think that people should avoid meat and give to charities more strongly than did the non-ethicists, but they weren't successfully putting their perspectives into practice.

Why the apparent hypocrisy?

To state the obvious, being a good person isn't always easy. It's one thing to decide that veganism is a better choice than vegetarianism, and another to turn down the chocolate lava cake at dinner.

There's also evidence that people keep tabs on their moral behavior, with some actions earning moral "credit" that can later be expended. "I gave money to charity, so it's okay to cut in line." Spending all day thinking about ethics could create a feeling of moral entitlement, the sense that one is licensed to make exceptions. For sophisticated moral reasoners who are used to arguing with opponents who are more aggressive than their own conscience, it may be easy to rationalize acting on temptation.

So what does this mean for the average person, those of us who aren't moral (or immoral) philosophers but are resolved to become better people this year?

The most interesting lesson from these findings — the one that motivated Schwitzgebel's research — concerns the relationship between explicit thought and one's actions. Recognizing the right thing to do isn't always enough to motivate the right behavior. (Just ask anyone who's ever tried to diet or give up an addiction.)