Accessibility links
Jared Diamond, A New Guinea Campfire, And Why We Should Want To Speak Five Languages : 13.7: Cosmos And Culture In his new book, Jared Diamond describes how readily people in small-scale societies learn to speak many distinct languages. After reading Diamond's book, commentator Barbara J. King takes time to consider what we in the U.S. may lose in a sea of monolingualism. 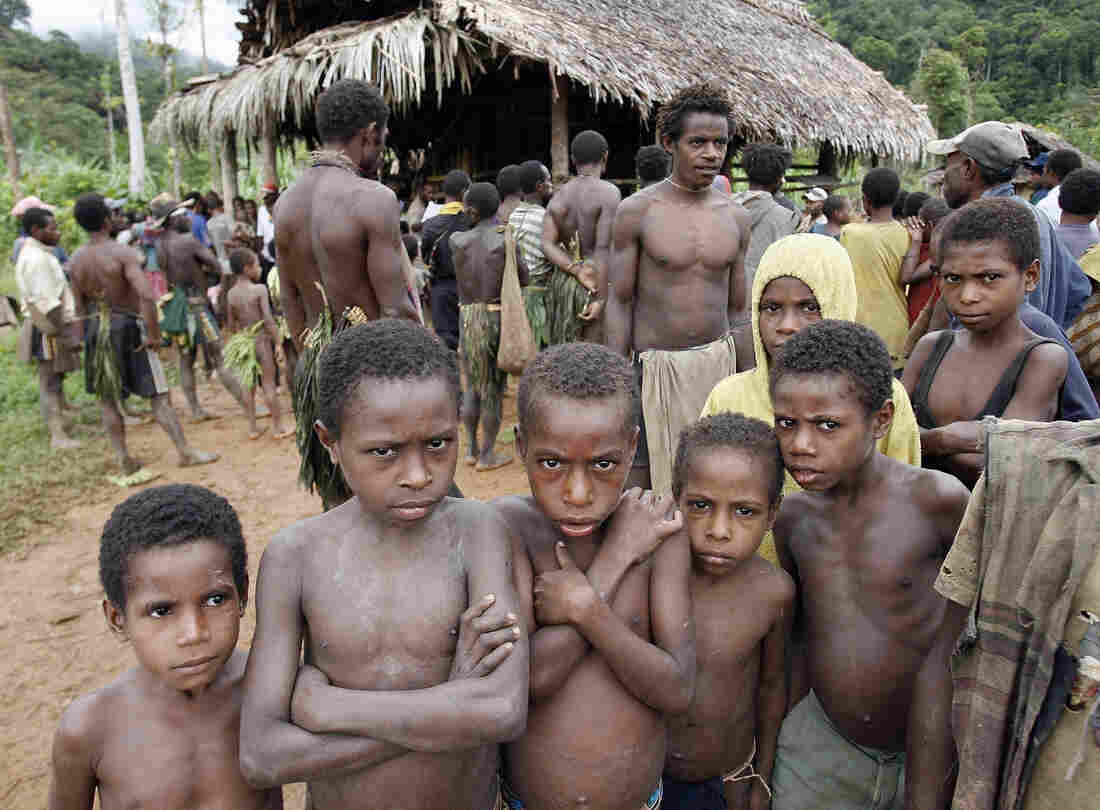 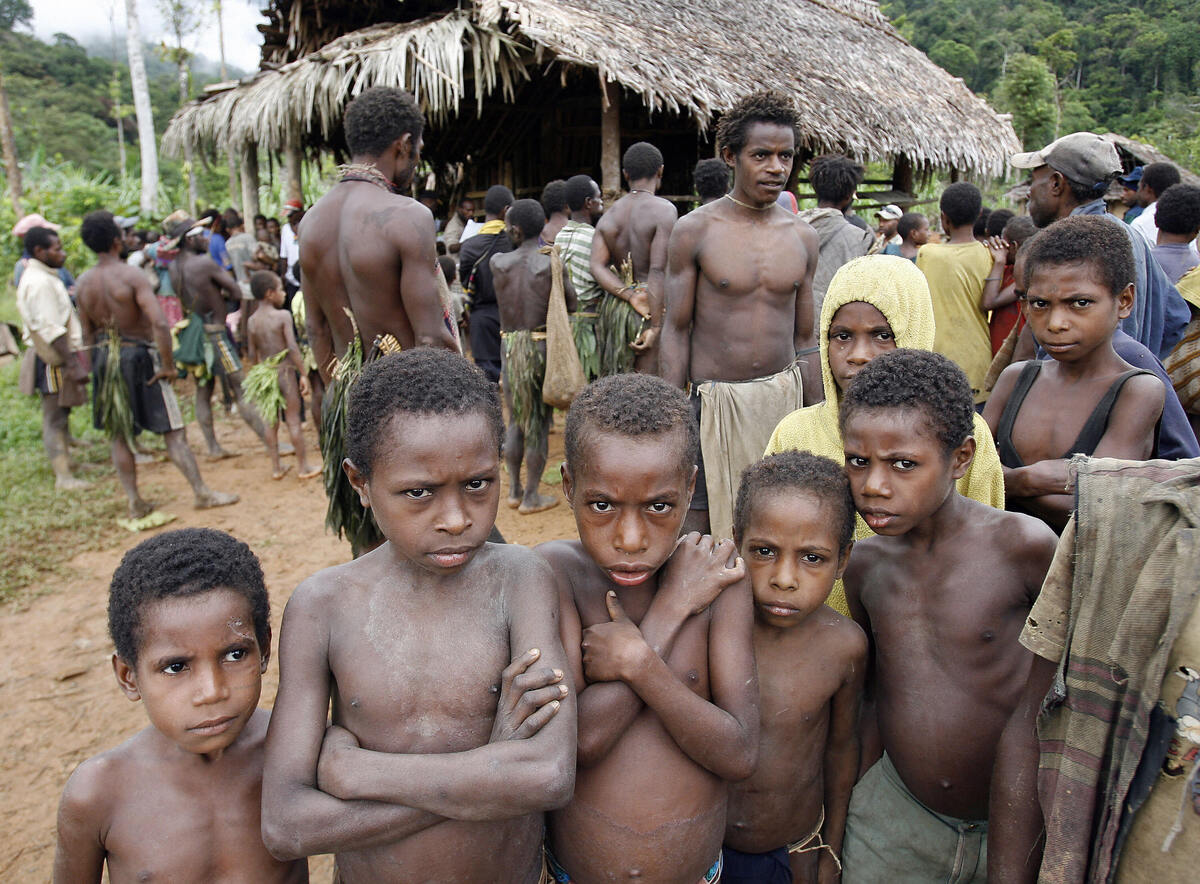 Chances are they already speak more languages than you: children from Papua New Guinea's Andai tribe of hunter-gatherers wait for their parents to vote in the village of Kaiam. Over 800 languages are spoken in PNG, a country of about six million people.

Some years ago, Jared Diamond, the Pulitzer-Prize winning author of Guns, Germs, and Steel, was sitting around a campfire in the highlands of Papua New Guinea. He'd recently had a conversation with a New Guinea friend who spoke a total of eight languages: five were local to the friend's village and the friend had just picked them up as a child, the other three he learned in school.

Diamond tried a simple experiment. He asked the number of languages spoken by each of the 20 New Guineans gathered around the fire with him. The smallest number, he reports in his new book The World Until Yesterday, was five. "Several men," he wrote, "spoke from eight to 12 languages, and the champion was a man who spoke 15." These weren't dialects, but mutually unintelligible languages. 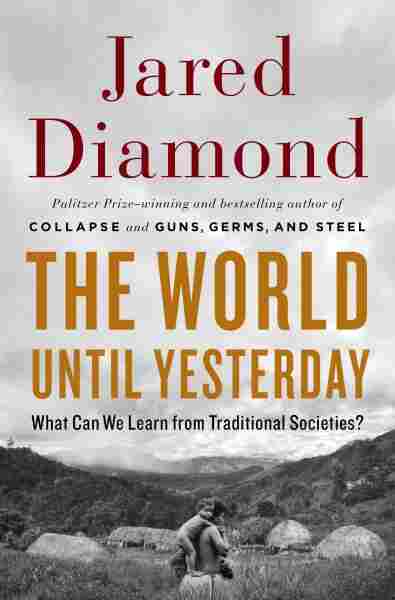 So here's my question to you: When was the last time you encountered a person here in the United States who speaks a dozen languages — or even "just" five?

I'm no linguistic whiz myself. My French is mired at the high-school level, sufficient only for terse, present-tense conversations. My Swahili is limited to extremely useful phrases from my fieldwork days, like Wapi nyani leo? (Where are the baboons today?) Although learn-Italian-now tapes are strewn around my house, my progress in that language comes in fits and starts.

A person like me would be an anomaly in many of the small-scale societies that Diamond writes about. The thesis of The World Until Yesterday is that we in industrialized societies have much to learn from people who make (or recently made) their living by hunting-and-gathering or small-scale farming. (In a later post, I'll return to this overall theme of the book.) Knowing several languages is one of Diamond's prime examples.

In places like New Guinea, people in adjacent communities often speak completely different tongues. "To trade, to negotiate alliances and access to resources, and (for many traditional people) even to obtain a spouse and to communicate with that spouse requires being not merely bilingual but multilingual," Diamond explains.

Is our country really so mono-lingual? Earlier this week, I queried linguist Dennis Baron on this point. "Census figures from the 2009 American Community Survey," Baron told me, "show about 20 percent of residents over age five speak a language other than English at home. Most of them also speak at least some English, and those who don't are learning it."

Perhaps two percent of U.S. speakers of languages other than English don't speak English itself, so we can estimate that about 18 percent of Americans are bilingual. (We don't even reliably track how many people speak more than two languages, Baron says.)

Of course 18 percent isn't an insignificant part of the population, but let's consider the context for this number. "Over time," Baron noted, "today's bilinguals will likely slip into monolingual English use, or their children will." Bilingualism just isn't welcomed here with open arms.

As Baron put it, there's "significant support for English-only. Most of this is disguised or patent resentment toward immigrants, and it occurs both in areas with significant immigration (big cities, the Southwest, Florida) and those with few non-anglophones (Iowa, West Virginia)."

When a Spanish-version recording of the national anthem was released in 2005, Baron recalled, "there was much public opposition, and George W. Bush made a statement against it. At the time, there were four Spanish translations of the national anthem on the U.S. State Department Spanish-language website. They disappeared overnight."

Geographer and evolutionary biologist Diamond clearly feels that a person's worldview is expanded when she speaks more than a single language — but in his book he also says practical benefits flow from bilingualism. One example comes from a Canadian study of 400 people with a diagnosis of probable Alzheimer's disease. Symptoms were first experienced by bilingual people in the sample at an age 4 or 5 years older than by monolingual people. Significantly, given that education is usually associated with a lower incidence of Alzheimer's symptoms, the bilingual patients in the study were less educated than their monolingual counterparts.

"Bilingual patients," Diamond concludes, "suffer less cognitive impairment than do monolingual patients with the same degree of brain atrophy: bilingualism offers partial protection against the consequence of brain atrophy." The reason? The brain of a bilingual person "is constantly having to decide" to speak, think, or comprehend sounds in one or the other language.

If speaking two languages gives the brain an extra work-out, what must be going on in the heads of the extreme multilinguals who clustered around that campfire with Diamond in New Guinea?