Accessibility links
Spaceship Earth: Who Is In Control? : 13.7: Cosmos And Culture In a breathtaking video, astronauts talk of the Overview Effect: how their vision of the Earth — and our role in its future — changed once they saw it from space. It's high time we take their views seriously and act as a species to preserve our future.

Spaceship Earth: Who Is In Control?

Spaceship Earth: Who Is In Control? 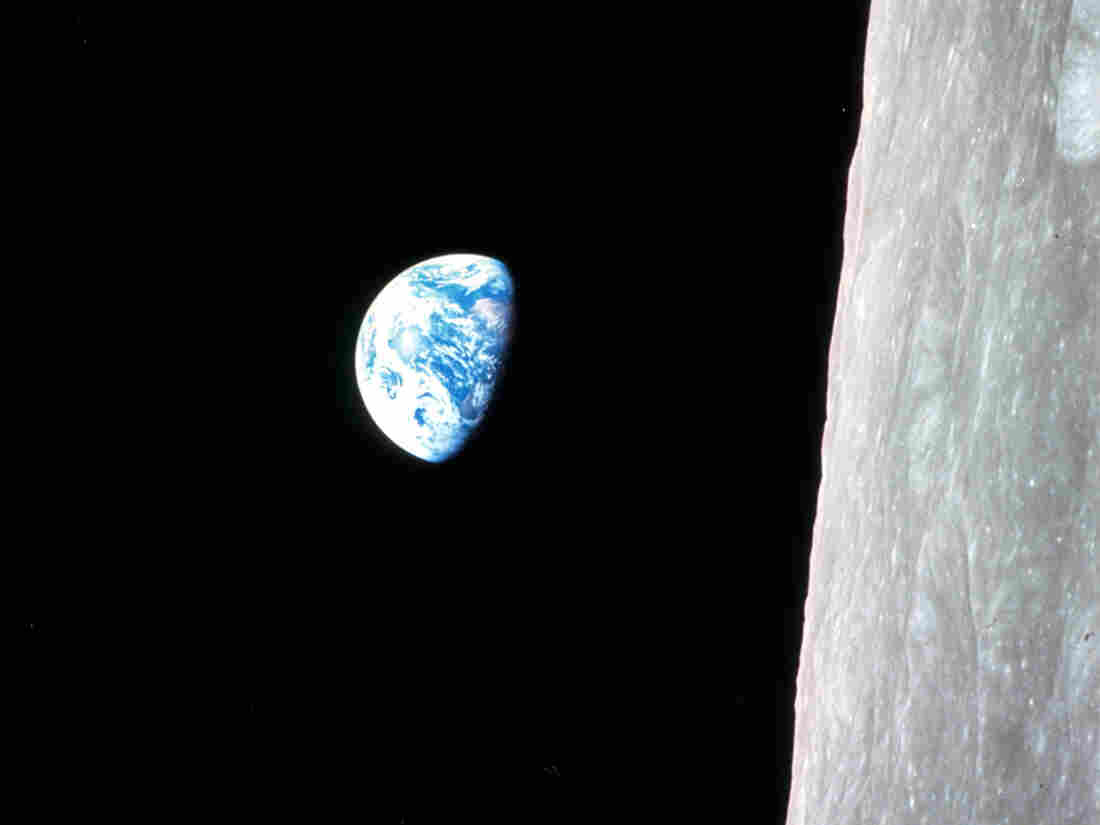 Earthrise, seen from Apollo 8 as it circles the moon in 1968. NASA hide caption 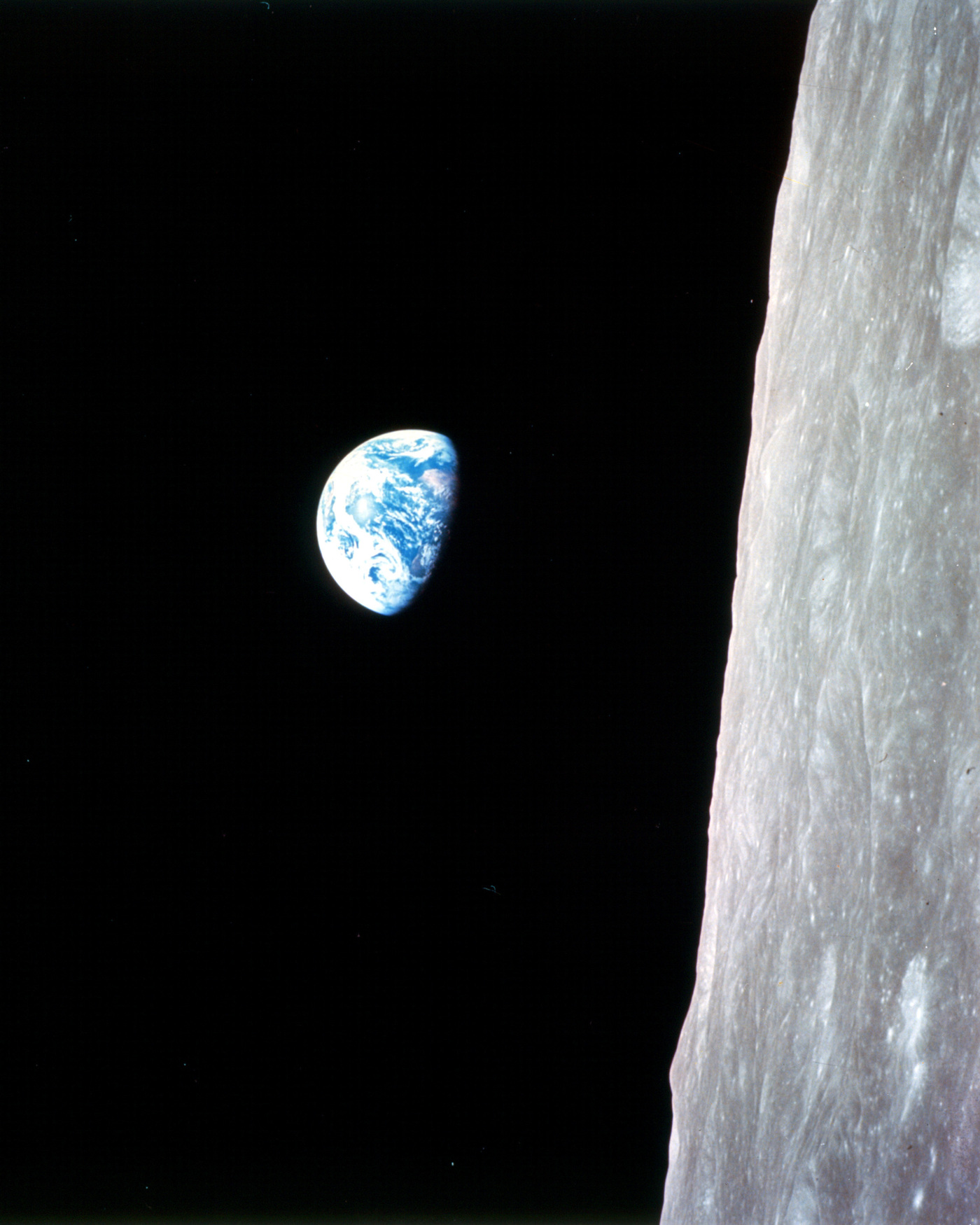 Earthrise, seen from Apollo 8 as it circles the moon in 1968.

"In 1968, Apollo 8 went to the Moon," starts writer Frank White, who coined the expression "Overview Effect" to describe the deep changes that astronauts experience once they see Earth from space. "They didn't land but they did circle the Moon; I was watching it on television and at a certain point one of the astronauts casually said: we are going to turn the camera around and show you the Earth. And he did. And that was the first time I had ever seen the planet hanging in space like that. And it was profound," he continued. A recent short documentary, Overview, collects statements from many astronauts who have had this unique experience.

It is a breathtaking video, and one with a very strong message for our collective future.

"The engines cut off, I felt myself floating out of the seat. I floated out to the window, looked out and we were coming up over the coast of Africa. And that's when it hit me: I'm in space! I got incredibly excited because it's something I dreamed about since I was six years old," said Jeff Hoffman, a shuttle astronaut.

"I think you start out with this idea of what's going to be like. And then, when you do finally look at the Earth for the first time, you are overwhelmed by how much more beautiful it really is when you see it for real. It's just this dynamic alive place that you see glowing all the time," said astronaut Nicole Stott, who worked in the International Space Station.

"You see that line that separates day into night slowly moving down the planet, thunderstorms in the horizon casting these long shadows as the sun sets, and then watching the Earth come alive when you see the lights from the cities and the towns ... shooting stars going below us, dancing curtains of auroras; very hard to describe the colors, the beauty, the motion ... ," said Ron Garan.

Edgar Mitchell, who was in orbit with the Apollo 14 lunar module while his companions explored the lunar soil, describes how he saw Earth, Moon and Sun passing by every two minutes or so, and how the study of astronomy and cosmology, where he learned that all the matter in the solar system, including ours, "was prototyped in some ancient generations of stars," that is, it originated from stars that exploded billions of years ago, gave him a profound sense of unity with the totality of the cosmos, a feeling that can only be described as awe. "One of those words that you have a better understanding of when you see it too," said Nicole Stott.

"Earth gazing" elicits a primal emotion that sends those who experience it into a sense of transcendence where the "I" loses its importance, and only the collective, the sense of belonging, matters. Astronauts from the International Space Station, in particular, spend a large fraction of their free time just looking at Earth, taking in all of its details in a state not unlike that of reverence. One thing is to see it from here, in the midst of the confusion, of noises and lights, of crime, of wars and complications, or even from the top of an isolated peak somewhere in a state of bliss. Another is to see it from above, as a unique entity, the fish that finally sees the ocean as a whole and understands its origin and the range of its existence.

The Overview Effect is the sudden recognition, a cognitive shift that we are part of a living, breathing planet, a spaceship itself, deeply fragile. There is just this paper-thin layer, the atmosphere, separating us from death in outer space.

Astronauts witness the long-range impact of human occupation, the degradation of soil and forest, the beautiful and the awful aspects of our presence here. There is an underlying theme of Earth as our home, and how its integrity depends on the choices our species as a whole makes now.

Earth seen in its entirety, a blue ball floating in space, is perhaps the most enduring symbol of our age. The lesson is clear: if Earth becomes sick, we become sick; "there is a need to shift our behavior in such a way that it leads to a sustainable approach to civilization as opposed to a destructive approach," concludes Mitchell. To politicize such a view and simply dismiss it is part of the illness of our time; it's high time we move beyond it and start acting like grown-ups.