Accessibility links
Review: 'The Dude And The Zen Master' : 13.7: Cosmos And Culture How The Big Lebowski's Dude is schooling us all in the ways of the Zen. Its all in the abiding.

Listen
Learning To Live In The Moment With 'The Dude'

Now, if you think The Dude — the main character in the The Big Lebowski — is no Zen Master then Bernie Glassman and Jeff Bridges would like a word with you. That's because one, a well-known Zen teacher, and the other, the guy who brought Leboswski to life, have written a new book together titled, appropriately, The Dude and the Zen Master. It's a delightful, whimsical little text with a very serious intent. 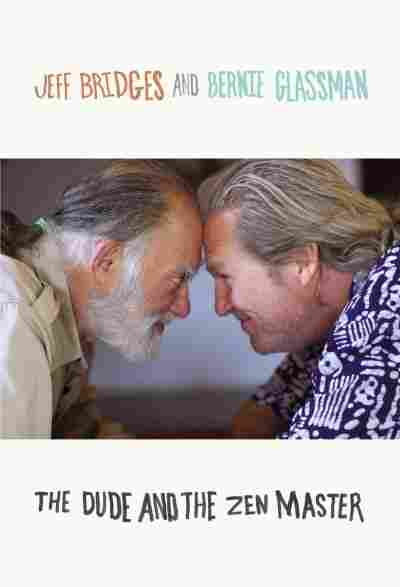 The Dude And The Zen Master

by Jeff Bridges and Bernie Glassman

Glassman and Bridges are friends who've spent a lot of time talking about Buddhism and what it means in everyday life. Their book's gentle conceit is to use The Dude and his response to situations thrown at him in The Big Lebowski to unpack the essence of Zen's promise. With chapter titles like "The Dude Is Not In", they show us The Dude as a kind of intuitive Zen Master.

"I dig the Dude," says Bridges at one point in the book. "He is very authentic. He can be angry and upset, but he's very comfortable in his own skin. And in his inimitable way he has grace."

No matter what happens, Bridges explains, the Dude is there, getting upset and then quickly adjusting with good humor and natural kindness. He shows up and in Zen that is what really matters. Just showing up. That's because being present for whatever appears without pushing it away or demanding it be different is the only way we can act with real freedom. As Glassman writes, "Trillions of years of DNA — the flow of the entire Universe — all lead up to this moment. ... So what do you do? You just do." You remain curious, open and aware even as you act.

Bridges best insights often come when he brings his experience as an actor to bear. That's important because, in a very real sense, we are all actors waking up and putting on the mask of our personalities each day. The trick, Glassman and Bridges would say, is to learn to live in the moment and not in the character.

Having experienced my share of seven-day Zen intensives, I can vouch for the fact that a big chunk of Buddhism lies in a daily practice that can, sometimes, be intense. This book doesn't really touch on that aspect of Zen, but that's OK.