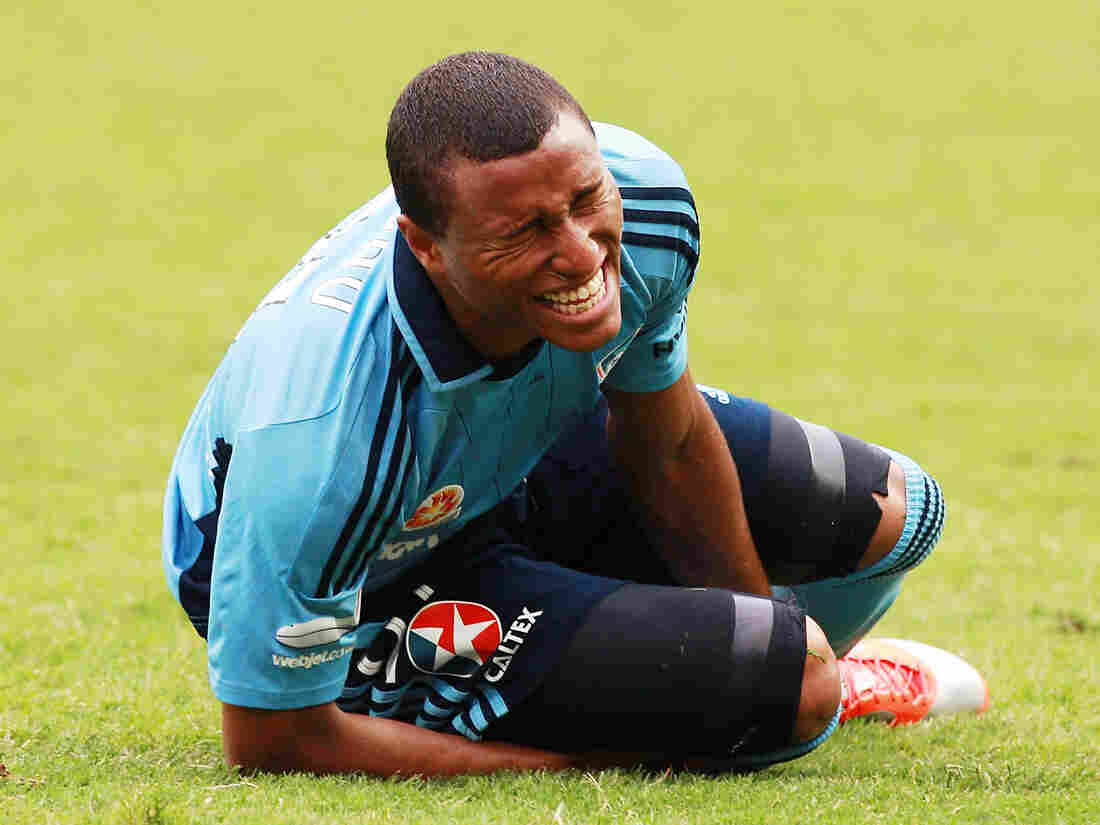 The face says it all: Yairo Yau grimaces during a December 2012 match between Sydney FC and the Melbourne Heart in Sydney. Craig Golding/Getty Images hide caption 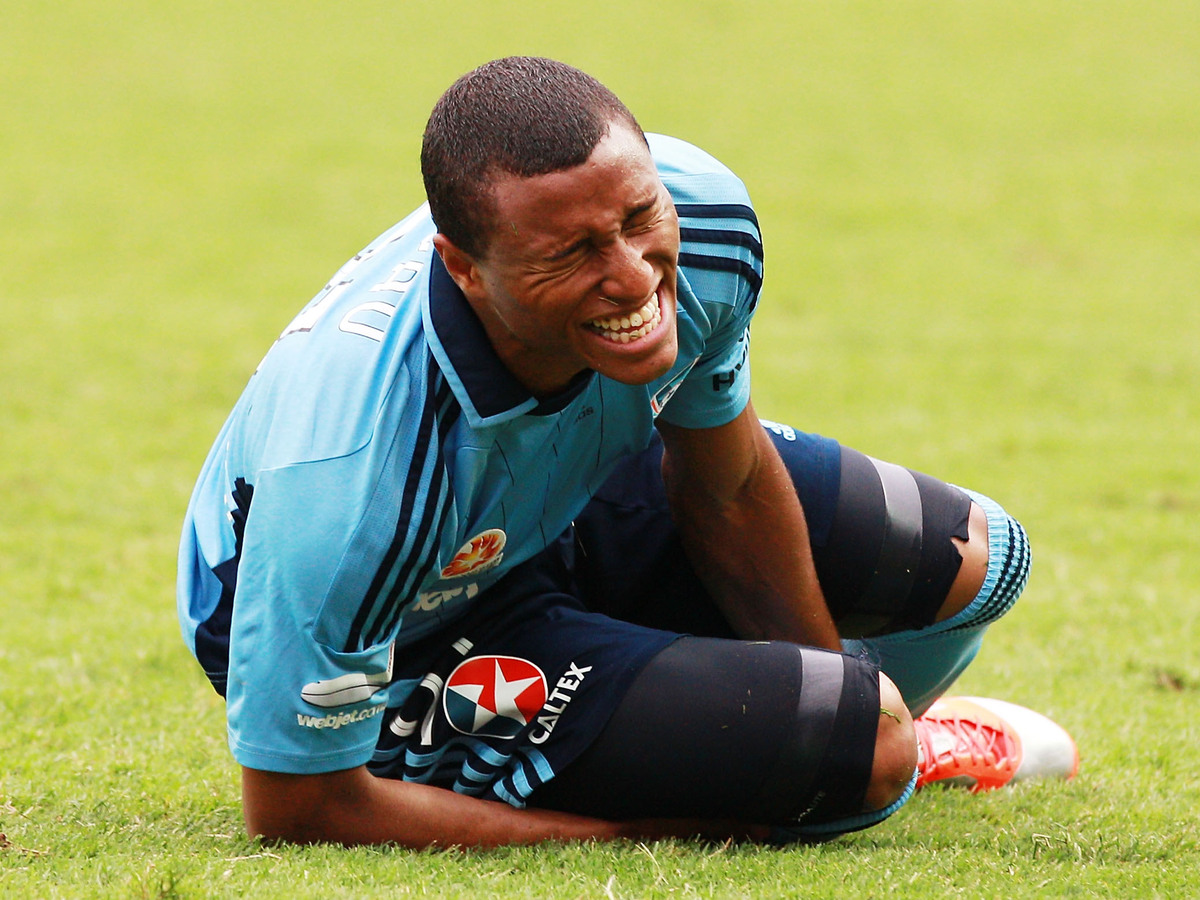 The face says it all: Yairo Yau grimaces during a December 2012 match between Sydney FC and the Melbourne Heart in Sydney.

Scientists at Queen's University Belfast have shown that crabs will avoid a location where they have received electric shocks in the past.

Does this show that crabs feel pain?

Paul Hunt, a biologist at the University of Leicester, expresses skepticism in The Guardian:

I don't think you can really say scientifically that animals, like a crab, can be aware of a sensation that we know as pain ... we just don't know.

The problem here is very general, however, and not restricted to crustaceans.

Do we ever know?

Our friend grimaces, or flinches, or recoils. We don't wonder whether she feels pain. The suffering is there for us to witness.

But how do we know? Pain, after all, is a feeling, not a way of acting.

Why do engineers put faces on their robots? Not because the robot needs a face to do what it is built to do. It is rather that the engineers understand that where there is a face, we can hardly resist supposing that there is a mind.

Or consider: it is well-known that people with facial injury are often treated as if they are cognitively impaired. We can't help but feel that behind the impassive face there is a dull mind, even when we know that this is not the case.

Certain ways of acting are, for us, natural expressions of feeling. This is not something science has taught us. In a sense, it is not something we know. But nor is it a mere prejudice or confusion. It belongs somehow to our very conception of mind.

Now crabs don't look like us. They don't grimace or cry out.

But in relevant respects, at least, they act like us. They actively avoid electric shocks.

It's hard to resist the conclusion that crabs don't like electric shocks. And this seems reasonable, after all, since shocks hurt!

Indeed, the worry that maybe the crab is merely acting like a creature that doesn't like shocks, but without any corresponding experience, begins to seem downright silly.