Accessibility links
Can You Boost Your Child's Intelligence? : 13.7: Cosmos And Culture Can intelligence be increased through upbringing? Commentator Tania Lombrozo discusses a new synthesis of research on how to raise young children's IQ. The findings suggest modest changes for most parents, but profound changes for access to early childhood education. 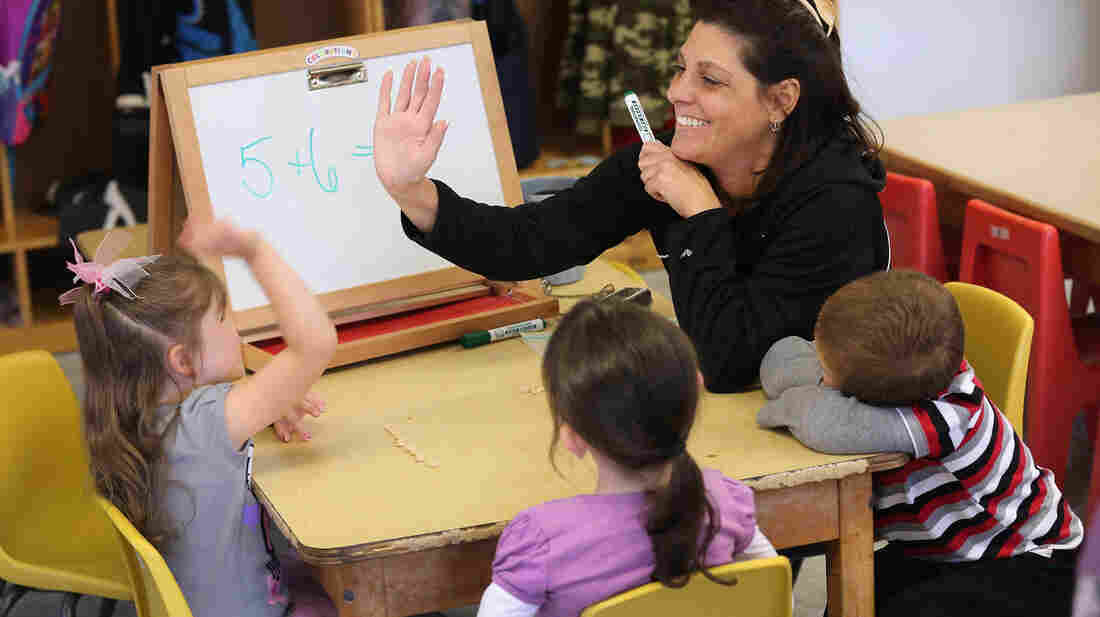 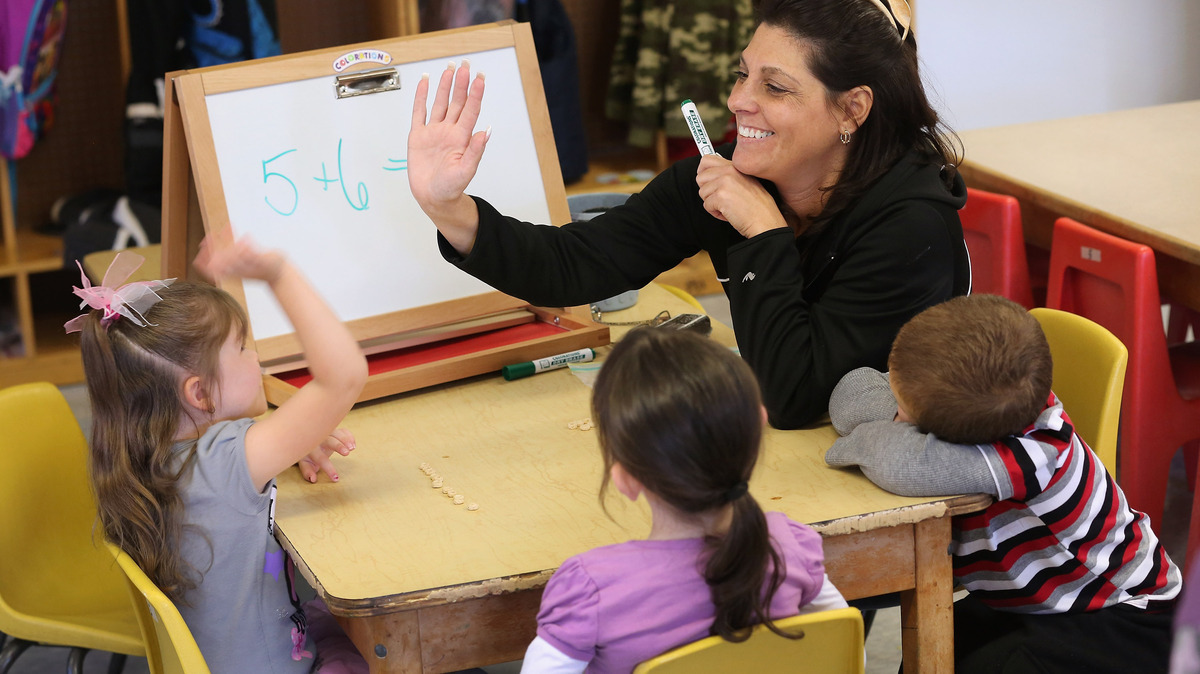 Playing Mozart to young children will make them smarter, right?

Probably not. When it comes to media hype and intuitions about intelligence and early childhood, some skepticism is in order. A paper published just this month by John Protzko, Joshua Aronson and Clancy Blair at NYU reviews dozens of studies on a topic likely to be of interest to parents, educators, and policy-makers alike: what, if anything, one can do in the first five years of life to raise a child's intelligence.

The authors combed the research literature to identify studies of children's intelligence that met their strict criteria for inclusion. Among other things, the study had to be a randomized controlled trial (RCT), typically considered the gold standard for making causal claims about the efficacy of medical or educational interventions (but see Stuart Kauffman's discussion here). They also focused specifically on IQ and associated tests of intelligence, so more general conceptions of intelligence weren't considered, let alone emotional or social intelligence. This search yielded over 70 studies that the authors subsequently analyzed to better understand what does — and what doesn't — boost a young child's IQ.

The results are a little surprising. When it comes to nutrition, there's not much evidence that multivitamins do any good, but having pregnant and lactating moms and young kids take Omega-3 fatty acid supplements (particularly DHA) likely does. Just having books in the home might not help, but interactive reading with children under 4 could boost IQ by around 6 points.

As for music, the one study that met the criteria for inclusion didn't find a relationship between systematic exposure to music and IQ. However, other research suggests advantages to early music training when it comes to some cognitive skills, such as spatio-temporal reasoning, and correlational studies with older children do find an association between music lessons and IQ. So the jury is still out, but any music-lover will attest that developing a love of music is its own reward.

What about loving and supportive parents, a stable home? The paper couldn't analyze factors like these because practical and ethical considerations make an RCT virtually impossible to administer. One would have to randomly assign children to parents who are or aren't loving and supportive; to households that are or aren't stable. Parents aren't exactly lining up to hand over their newborns, and no ethical review board would allow children to be raised in a deliberately unsupportive environment.

What we do know is that certain interventions are only effective for children from low-income homes, presumably because they provide some source of environmental support or stimulation that children in wealthier homes are already getting. In particular, attending preschool and early educational interventions that teach parents how to scaffold cognitive and linguistic development can boost the IQ of children from low-income homes by as much as 7 points.

The take-home lessons for parents are relatively modest: consider some Omega-3 supplements and sit down with your toddler and a good book for some interactive reading.

But the implications for voters and policy-makers are profound. Teaching parents to engage in interactive reading and elaborative conversations with their little ones and improving access to high-quality preschool could go a long way towards eliminating economic disparities in intelligence test results in early childhood.