Be Like A Bat? Sound Can Show You The Way

Be Like A Bat? Sound Can Show You The Way 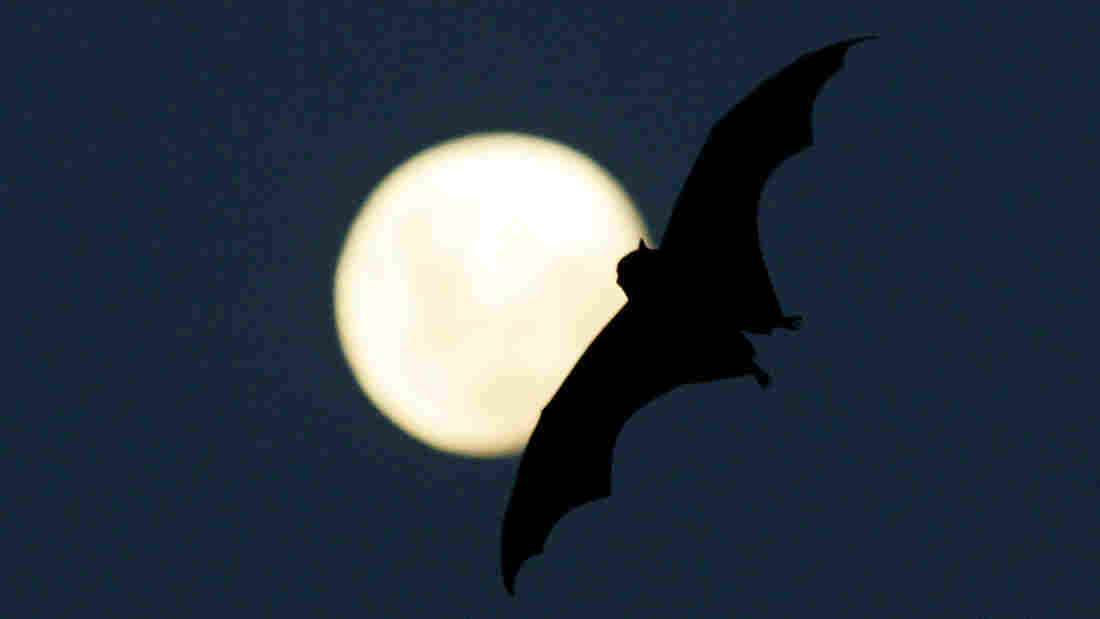 Echolocation is second nature to animals such as bats and dolphins. Can humans also find their way using sound as a tool? Ian Waldie/Getty Images hide caption 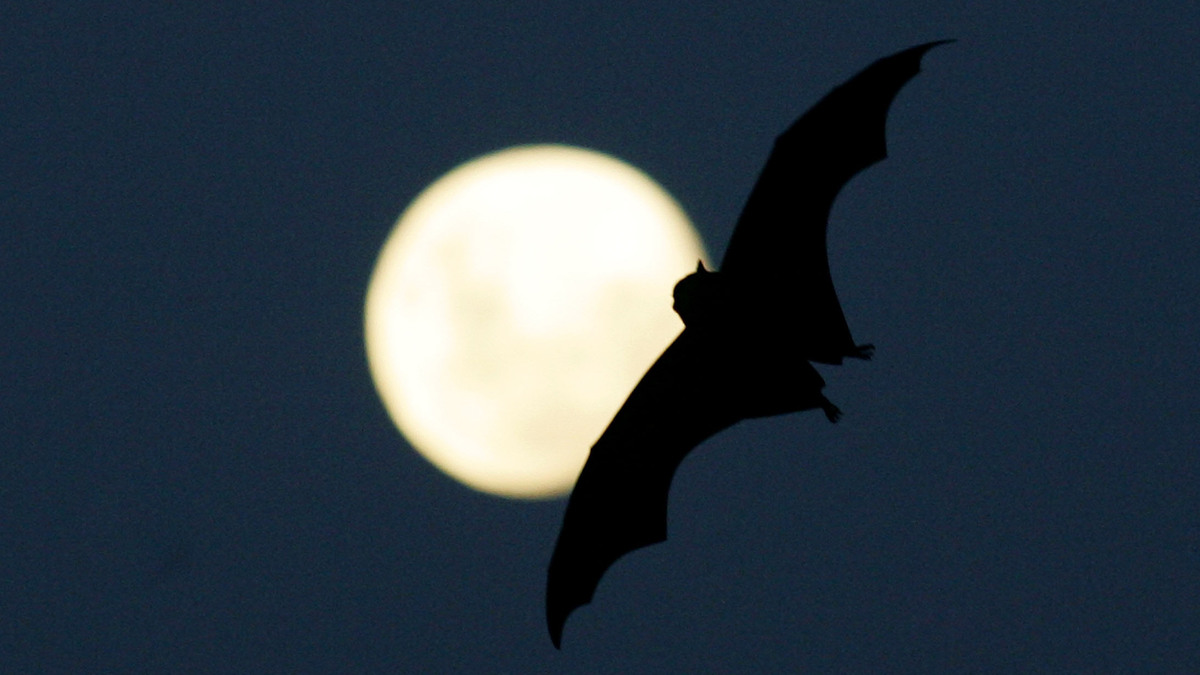 Echolocation is second nature to animals such as bats and dolphins. Can humans also find their way using sound as a tool?

In 1974, the philosopher Thomas Nagel wrote a classic paper in which he asked, "What is it like to be a bat?" Nagel's choice of a bat was especially apt for making the point that some kinds of knowledge are bound by our own experience.

Bats not only fly unaided, but also have the remarkable ability to navigate with sound. By emitting high-pitched chirps and analyzing the patterns of echoes that result, they can learn about nearby objects and their locations.

This amazing skill — echolocation — is like a whole new sense, distinct from our experience of sight, hearing or touch. So what is it like? Here Nagel makes the challenge of finding an answer particularly vivid:

Our own experience provides the basic material for our imagination, whose range is therefore limited. It will not help to try to imagine that one has webbing on one's arms, which enables one to fly around at dusk and dawn catching insects in one's mouth; that one has very poor vision, and perceives the surrounding world by a system of reflected high-frequency sound signals; and that one spends the day hanging upside down by one's feet in an attic. In so far as I can imagine this (which is not very far), it tells me only what it would be like for me to behave as a bat behaves. But that is not the question. I want to know what it is like for a bat to be a bat.

... Even if I could by gradual degrees be transformed into a bat, nothing in my present constitution enables me to imagine what the experiences of such a future stage of myself thus metamorphosed would be like.

Thanks to some pioneering human echolocators and researchers at UC Berkeley and elsewhere, we're taking steps toward Nagel's unlikely metamorphosis: humans with the ability to echolocate.

In fact, human echolocation isn't entirely new. Many of us have noticed the different sound quality of speaking in a small bathroom, for example, compared to a large carpet store — a result of the way sound reflects off nearby surfaces. And for decades there have been anecdotal cases of blind individuals who have taught themselves to navigate by interpreting the echoes that result from tongue clicks or the tap of a cane. But some individuals, like Daniel Kish (dubbed a "real-life batman"), have taken human echolocation to a whole new level and are training others to do the same. You can see an impressive video demonstration here:

Santani Teng, a PhD student at UC Berkeley, has been studying human echolocation in both blind and sighted individuals. His research sheds light on (or, I should say, bounces sound off of) the extent of humans' ability to echolocate. In a collaboration with Prof. David Whitney, for example, Teng presented both sighted individuals with no echolocation experience and an expert echolocator who is blind with a seemingly impossible task: to tell which of two circular discs presented in a column in front of them was larger. Participants had to do so without sight; instead, they were instructed to produce tongue clicks against the roof of their mouths and to make sense of the resulting pattern of echoes.

After a bit of practice, even the novice echolocators started producing the right answer more often than chance, and their average performance was far surpassed by that of the expert echolocator, who had years of experience.

A second experiment asked participants to identify whether one disc was shifted to the right or the left of the other. Again, the novices were able to do so reliably when the discs were pretty far apart, while the expert could do so when the discs were separated by about the perceived width of your thumb on an extended arm — the highest-ever recorded sensitivity in a human echolocator.

I recently had the chance to ask Teng about his research and his experiences with human echolocation. In particular, I was interested in what it's like to echolocate. Here are his replies:

How do expert human echolocators describe their experience of echolocating?

Often, the language in which expert echolocators describe their experience mirrors that of vision. When they perceive an object, they "see" it, and when I set an object in front of them, I'm "showing" it to them. Because several of my research participants have done a lot of public speaking and media interviews about echolocation, it's possible that they are consciously emphasizing the vocabulary of vision in order to be more relatable. But I also think that they are tapping into commonalities between vision and echolocation, how both fulfill the functions of helping us to navigate and perceive objects in a three-dimensional world.

In the course of your research you've had an opportunity to engage in a lot of echolocation yourself. What is your experience like when you echolocate? How is it similar to or different from your experience of sight?

When I try to navigate a room or hallway in the dark, I get a subjective sense of mapping out the space very piecemeal, and a lot of guesswork is involved. The same is true of perceiving objects, as I get a rough sense of the object's size and position. My interpretation of my own echolocation is often influenced both by the ambient sound environment and by any prior visual knowledge I might have of the scene. It is quite different from sight in that it's less precise, less richly detailed, and more impressionistic than the vision I am accustomed to. Consequently, I make a lot more errors of perception than I do in vision.

Perhaps the closest visual analogue for me would be a starry but moonless night away from a city: I am surrounded by information about space and objects, but beyond a general sense of a scene's spatial scale, I can't get much from it until I suddenly have a sense of a looming wall or obstacle nearby. And yet, other animals and people are able to use this information much more effectively.

Despite my own practice, I'd call myself a middling echolocator by sighted standards, and not even in the same league compared to trained experts. I've become pretty good at producing nice sharp clicks, though – I've picked up a habit of clicking when I'm distracted or preoccupied with something.

There are many important differences, mostly boiling down to the fact that bats have evolved highly specialized systems for echolocation. For example, to generalize across various species, bats emit calls that are variously optimized for identifying prey, or determining target distance or speed. They can adjust their calls for Doppler shifts. Their auditory nervous systems are replete with specializations, from a basilar membrane whose acoustic "fovea" favors the frequency of returning echoes to neurons that are very sensitive to pulse-echo delays, and thus specific target distances. We currently have no evidence of such precision or specializations in the human auditory system.

However, we don't yet fully understand how or if auditory systems of blind echolocators differ from those of untrained sighted persons. There is some evidence that some blind people have superior ability to process spectral cues in sound localization tasks, and that echolocators (and other blind populations) recruit the "visual" cortex for various tasks. Exactly what functions are performed in these brain areas in echolocation remains largely unknown.

Santani's reflections provide some insight into how sighted and blind humans experience echolocation. Still, research on echolocation — both in humans and in bats — is unlikely to answer Nagel's challenge.

Nonetheless, human echolocation and research like Santani's does clarify the scope of our ability to learn what something is like in the sense Nagel intended. We're not ultimately bound by the limits of our imagination, but by the limits of human plasticity: the flexibility of the mind to learn new ways of interacting with the world.