Accessibility links
Of Rats And Men: Edward C. Tolman (1886-1959) : 13.7: Cosmos And Culture The work of Edward C. Tolman broadened our understanding of humanity and paved the way for modern cognitive science. Commentator Tania Lombrozo waves the flag for the man and his ideas.

You've probably never heard of Edward C. Tolman, unless you're an experimental psychologist. If you're a Berkeley alumnus, you might be familiar with Tolman Hall, home to my office and lab. It's an unappealing and outdated homage to a man who was neither.

In classic experiments, Tolman convincingly demonstrated that you need some notion of mental representation — like a mental map — to explain rat behavior. This idea challenged behaviorist dogma and paved the way for cognitive science.

In my favorite experiment, rats were placed in a maze like that below (left), and had to make their way from point A to point G, where they found a treat. 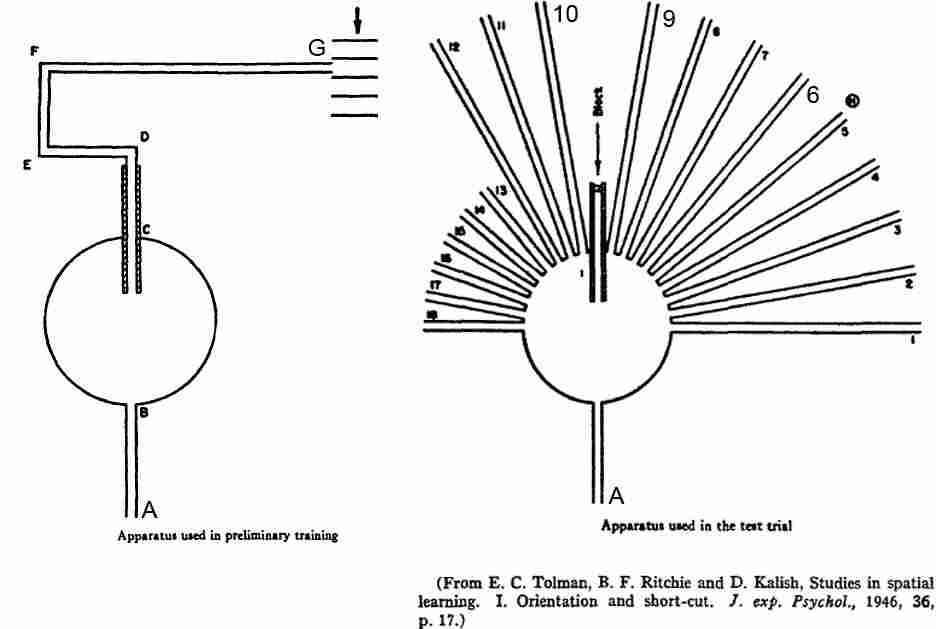 After four nights of practice, the familiar maze was replaced with a new one (right). The rats typically tried the top path first, generalizing what they'd learned from the initial maze. But this familiar path was blocked. The question was: which path would they choose to pursue instead? 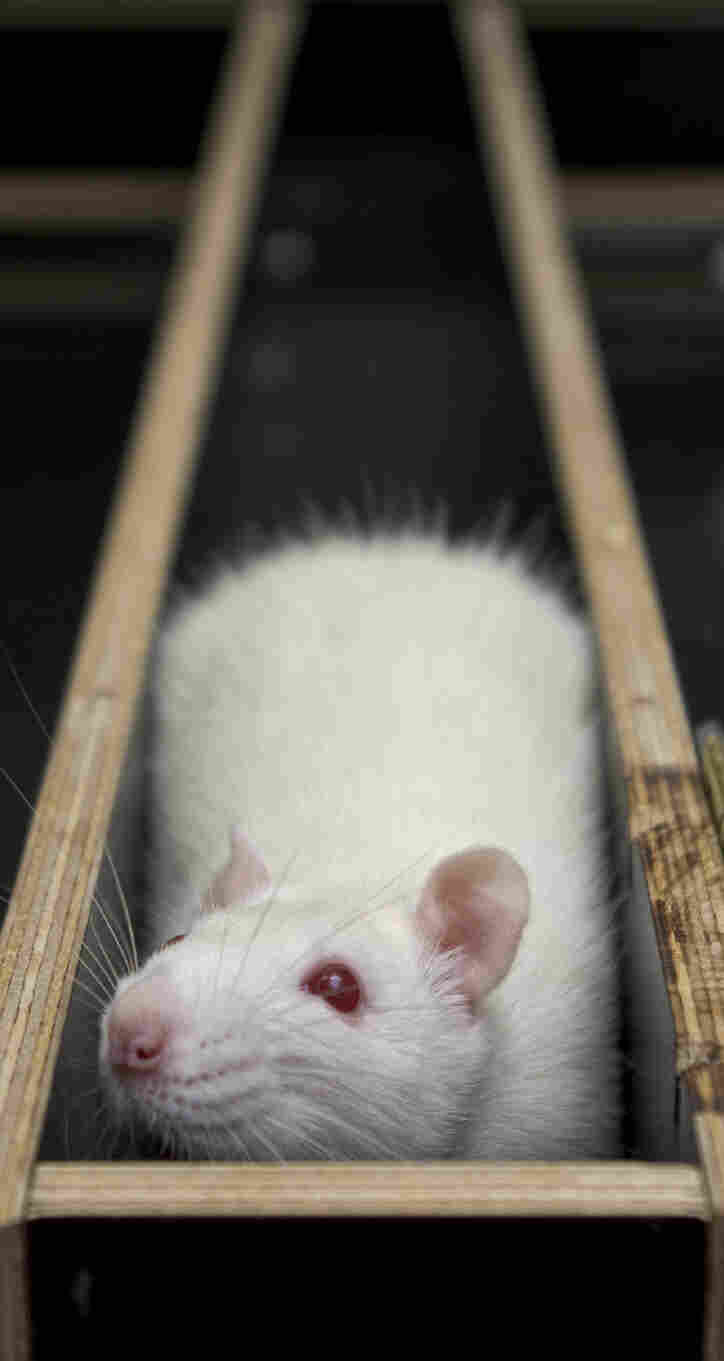 A lab rat stuck in a maze iStockphoto.com hide caption 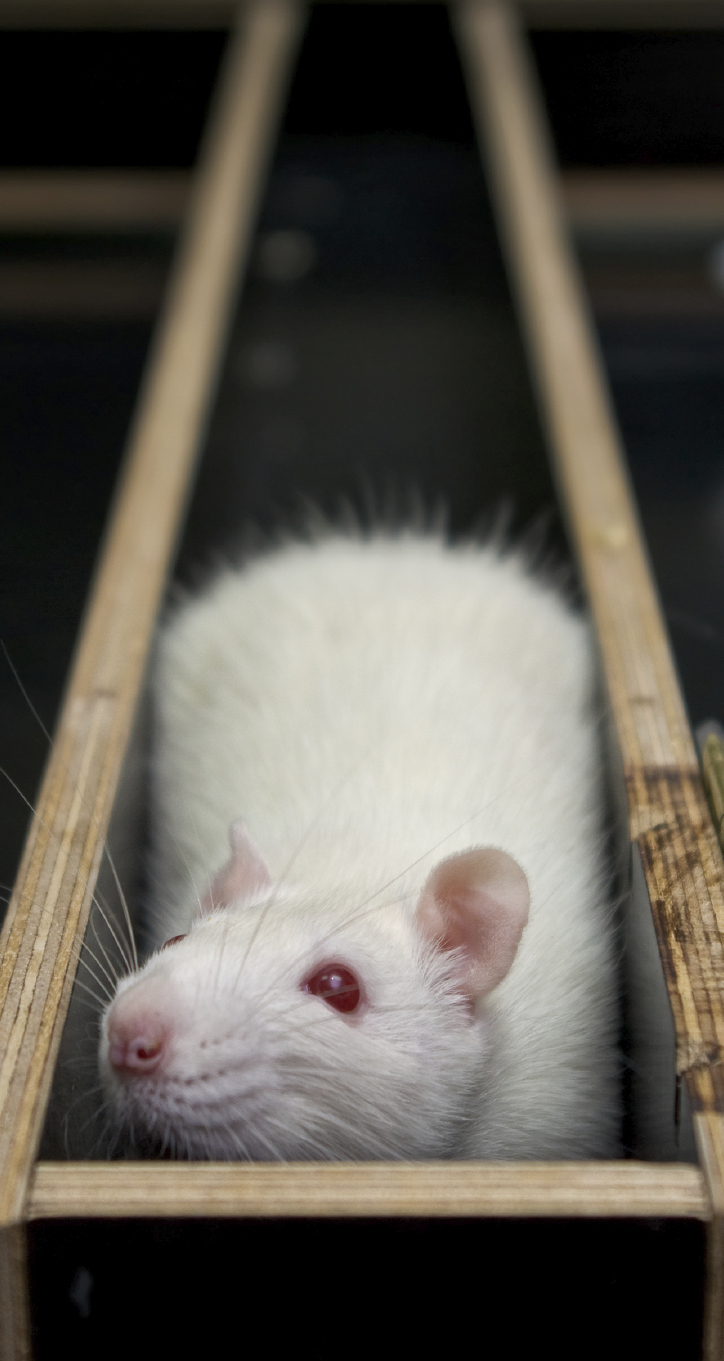 A lab rat stuck in a maze

If the rats had formed only associations about which behaviors were or weren't reinforced, they wouldn't have a spatial map to guide them. Instead, they would likely choose the path most similar to the one that had originally lead to food and take path 9 or 10.

In contrast, if the rats had formed something like a mental map of the original maze, they'd know that the food was ahead and to the right, and should choose a path like 6, which pointed in that direction. And that's exactly what they did. Clever, no?

But what I admire most about Tolman isn't clever experiments with rats — it's that he didn't stop with experiments or with rats. In a paper that summarizes the study just described, "Cognitive maps in rats and men" (1948), Tolman concludes with an argument that he calls "cavalier and dogmatic," proposing that humans have cognitive maps that not only situate them in space, but within a broader network of causal, social and emotional relationships. A narrow map can lead one to discount outsiders; a broader map to understanding and empathy. Tolman wrote:

Over and over again men are blinded by too violent motivations and too intense frustrations into blind and unintelligent and in the end desperately dangerous hates of outsiders. And the expression of these their displaced hates ranges all the way from discrimination against minorities to world conflagrations.

What in the name of Heaven and Psychology can we do about it? My only answer is to preach again the virtues of reason—of, that is, broad cognitive maps.

Tolman took this attitude beyond the pages of scholarly journals. In the 1950s he lead opposition to a loyalty oath at Berkeley requiring faculty to state that they were not members of the communist party. He was fired for failing to sign the oath (Tolman was reinstated two years later).

Perhaps if more of us shared Tolman's broad thinking and social engagement, we'd be in a better position to navigate what he called "that great God-given maze which is our human world."