A Mind And A Man Worthy Of Adulation: Conrad H. Waddington

A Mind And A Man Worthy Of Adulation: Conrad H. Waddington

In the pantheon of scientists I have known and most admired, I hold high Conrad H. Waddington. His intellectual courage changed the shape of biology.

Waddington fundamentally extended the neo-Darwinian synthesis. Post-Newton, Charles Darwin is, to my mind, the mind that most altered the Western world view. His explanation of evolution through heritable variation and natural selection shifted everything.

But by the late 19th century, Darwin's theory was in deep trouble due to the idea of "blending inheritance." Briefly, if the factors of inheritance could vary continuously, breeding red-eyed and white-eyed flies should yield, eventually, a homogeneous population of uniformly pink-eyed flies. With this blending inheritance, heritable variation would wither and natural selection would have no heritable variation upon which to act.

Gregor Mendel's book lay unopened on Darwin's desk. Luckily for Darwin, it would save his theory. With the discovery in 1901 that chromosomal meiosis-forming egg and sperm cells obeyed Mendel's laws, the way opened to the hypothesis that the factors of inheritance were located on chromosomes. More, Mendel showed that these factors did not vary continuously, but, like the discrete "atoms of inheritance" he imagined, came in discrete, unblending, versions or alleles.

A red-eyed fly mated to a white-eyed fly yielded red-eyed progeny. But, when mating, these F1 flies yielded three red-eyed and one white-eyed F2 progeny. No blending here. Discrete variations appeared in the factors of heredity.

Using Mendel's laws, Ronald Fisher, J.B.S. Haldane and Sewall Wright invented population genetics. Their advance saved Darwin's theory from blending inheritance. A few decades later, this became the neo-Darwinian synthesis: evolution as the slow substitution by selection of a fitter version for a less-fit version of a gene set.

When sperm and egg fuse to form the zygote, a process begins that will lead to a newborn and then an adult. This is "developmental biology." To Fisher, Haldane and Wright, developmental biology was an intellectual afterthought that would take care of itself. 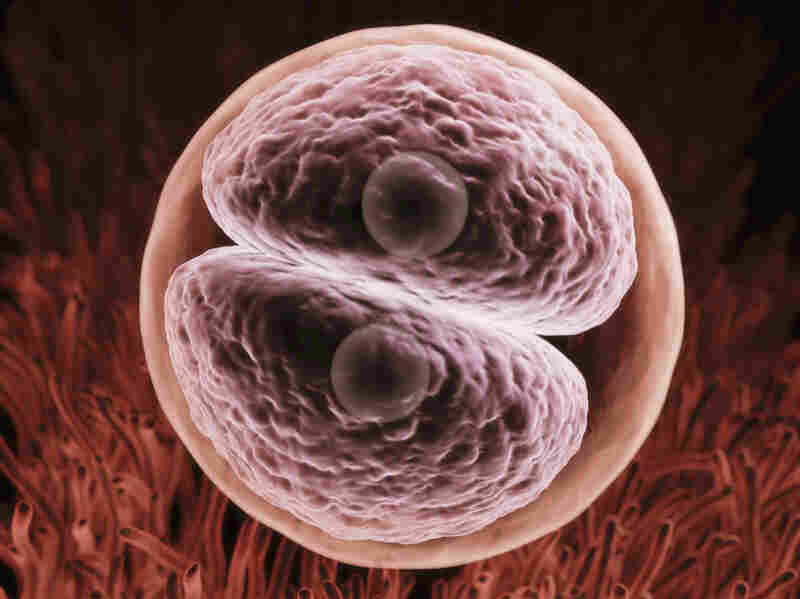 A zygote begins its journey to expression in the form of a human being. Science Picture Co./Science Faction/Getty Images hide caption 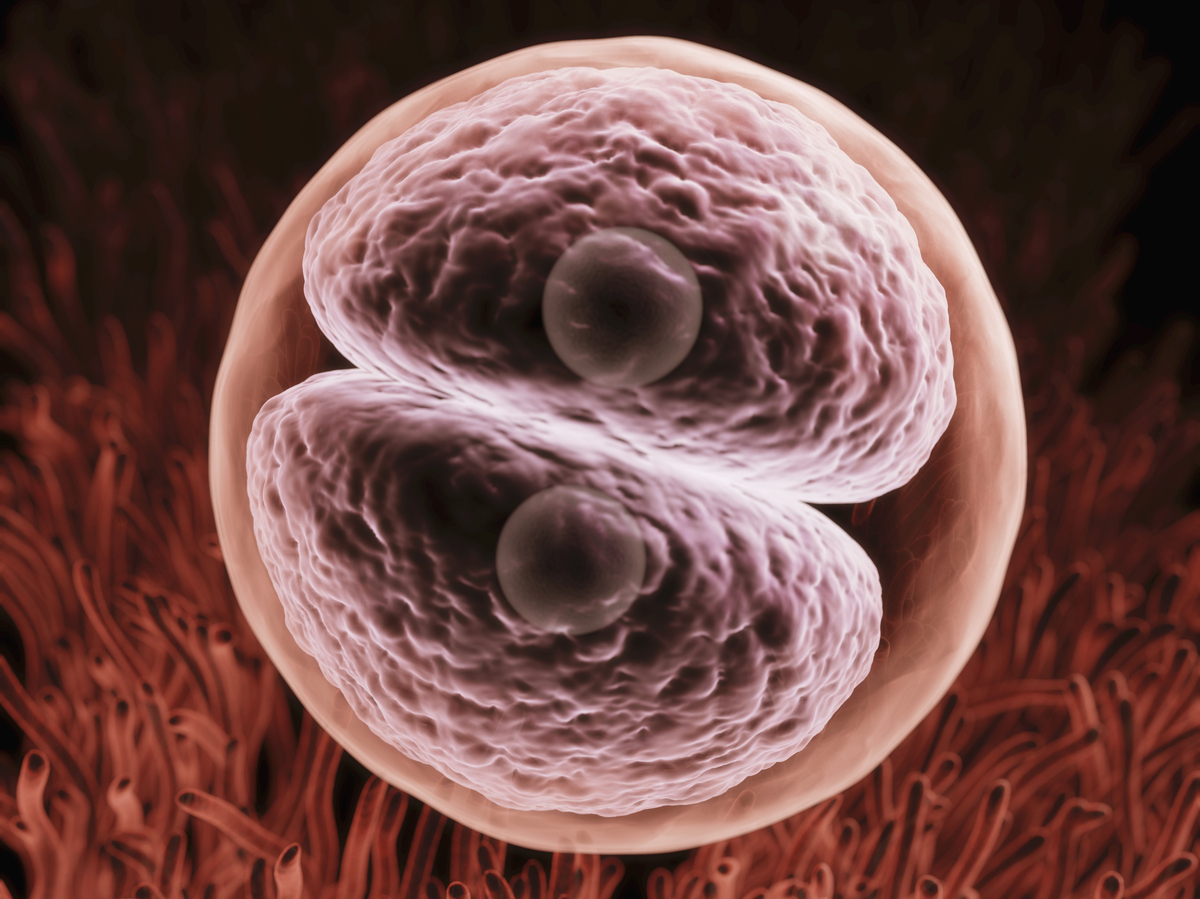 A zygote begins its journey to expression in the form of a human being.

"No!," cried Waddington. He conducted a series of brilliant experiments and published telling books that surely shaped me as a scientist and thinker. If Fisher, Haldane and Wright united Mendel and Darwin, Waddington began the further union of population genetics and developmental biology. It is a fundamental union, for it is the developed phenotypes of organisms that are the subject of natural selection, not the heritable genes.

Waddington's central notion was that of the "epigenetic landscape," pictured as something like an unfolding set of valleys branching into further valleys, rolling downhill from the single cell type of the zygote to the hundreds of cell types and organs of the adult.

Waddington's early vision is now finding expression in systems biology. This growing field of study focuses on the genetic regulatory networks whose dynamics control ontogeny from the zygote onward.

So, I salute Waddington for his role in bringing us to this point, for uniting Mendel and Darwin with development, for pointing the way to the future.