Accessibility links
Is The Earth Alive? That Depends On Your Definition Of Life : 13.7: Cosmos And Culture As scientists advance their understanding of how the Earth has changed through billions of years, it becomes increasingly clear that the Earth and the life on it are entwined in unique ways. Commentator Marcelo Gleiser goes in search of the origins of life in a meeting of the minds at CERN.

Is The Earth Alive? That Depends On Your Definition Of Life

Is The Earth Alive? That Depends On Your Definition Of Life 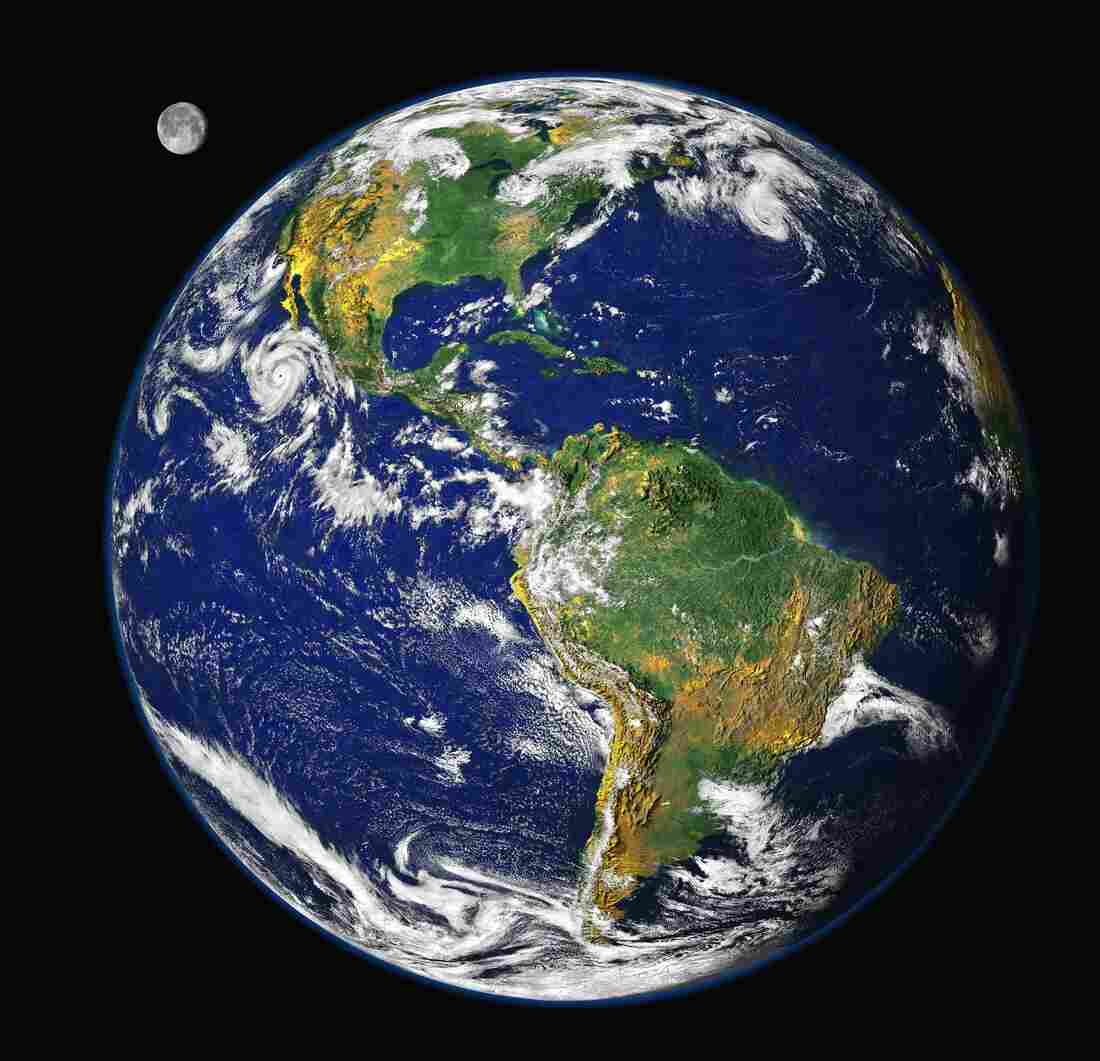 If you know the signs to look for, it becomes clear that the Earth itself is breathing. Reto Stockli/Alan Nelson/Fritz Hasler/NASA hide caption 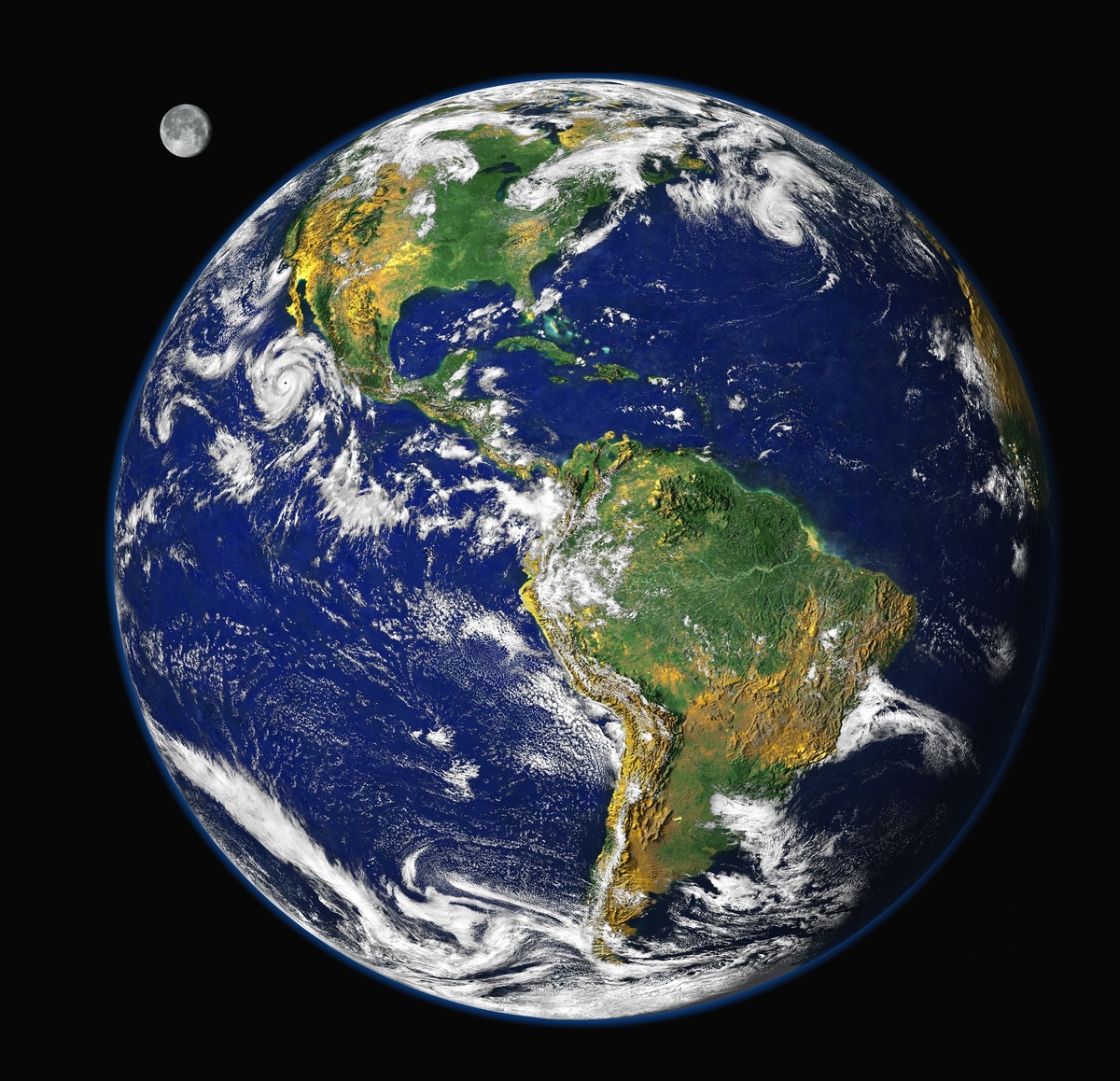 If you know the signs to look for, it becomes clear that the Earth itself is breathing.

As some of you may know, I spent last week at CERN, the European high-energy physics laboratory where the famous Higgs boson was discovered last July. Every time I go to CERN I feel a deep sense of reverence. Apart from quick visits over the years, I was there for three months in the late 1990s as a visiting scientist, doing work on early Universe physics, trying to figure out how to connect the Universe we see today with what may have happened in its infancy.

CERN was already famous at that time for many discoveries, including the trio of particles that confirmed that two of the four forces of Nature, the electromagnetic and the weak nuclear force, can be interpreted as a single force at high energies. Their names are not so sexy, W+, W-, and Z0 (the superscripts represent their electric charge in units of an electron charge), but these three bosons represent a triumph of human creativity, a beautiful example of how theory and experiment work together: they were predicted in the late 1960s to exist by a theory unifying the two forces and were subsequently discovered in 1983 at CERN's Super Proton Synchrotron, by then turned into a proton-antiproton collider.

Going to CERN is like stepping onto hallowed ground, a portal into a realm foreign to our everyday perception, where the invisible world of high-energy particles is made accessible to us, even if only through indirect data analysis.

It's all the more interesting, then, that the purpose of my visit was not particle physics but the origin of life.

A small group of scientists from different fields got together to discuss and review what is known about the origin of life and where the field is going. One of the organizers was none other than our own Stuart Kauffman, whom I expect will give his own version of the proceedings. There were physicists, evolutionary biologists, biochemists, Earth scientists, all areas of science that touch in one way or another the very complex scientific question of how inanimate matter became animated on our planet some 3.5 billion years ago — or earlier.

There are many parts to the question of the origin of life, starting with an understanding of what life is. Surprisingly, there isn't a universally agreed definition of life; different scientists think about life differently and consensus is not forthcoming. Some, like Carol Cleland, from the University of Colorado, and Christopher Chyba, from Princeton University, even argue that it may be best not to try to define life, as any definition would necessarily constrain our imagination; there may be some seemingly bizarre systems out there that may be living, even if in ways very distant from what we see around us. 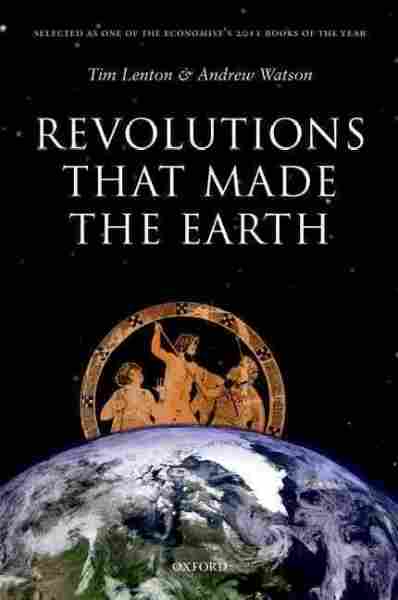 I will occasionally revisit some of the open questions in these pages. Today, I want to specifically mention the work of one of our colleagues, Tim Lenton, from the University of Exeter.

Tim studies the evolution of the Earth from its earliest stages to today and into the future based on sophisticated modeling of how the environment couples with the planet as a whole. In particular, he is interested in how the presence of life influenced — or even determined — what kind of planet the Earth is.

Tim believes, quite correctly, that the history of our planet and of life on it are one and the same. Some of this amazing story is told in his book Revolutions That Made The Earth, written with collaborator Andrew Watson.

One afternoon, we took off for a run on trails outside CERN. It was a dark day ("not much sunlight coming through these clouds," said Tim); the ground was part snow, part mud. At one point, Tim asked: "Marcelo, what do you think of the Rare Earth hypothesis?"

Tim was referring to the book by Peter Ward and Donald Brownlee in which they argued that primitive life may be widespread in the Universe, but complex multicellular life is not. Intelligent life, if it exists elsewhere, would be exceedingly rare.

I answered that I am in complete agreement with their hypothesis and added that this makes us humans very relevant, an argument I presented in my book A Tear at the Edge of Creation. We matter because we are rare.

Tim's own work is a masterful display of the power of modeling to elucidate the coupling of life with the environment. Firmly based on data, he claims that we should look at Earth as a living thing, just as James Lovelock, his mentor, has argued in the Gaia Hypothesis.

At CERN, Tim told us that "you can pick up Earth's breathing from the CO2 captured by detectors spread around the planet, a rhythm that moves with night and day." What a staggeringly beautiful revelation.

Life regulates the stability of the atmosphere so that it can survive. It's not a purposeful directive, but one that resulted from millions of years of interactions between life and Earth's atmosphere; one cannot be seen without the other. Life and Earth are one.

I couldn't think of a more fitting scientific topic to be discussed in this most revered cathedral of reductionism.

It all starts with electrons, quarks and the Higgs boson. But even if all living entities are assemblies of such particles, life is much more than its parts. New laws are needed to describe how matter interacts to become ever more complex; from molecules to cells to organisms to minds, all coupled to their environment.

If life is to be understood, it will be from the confluence of many scientific minds.