Accessibility links
The Ironic Success Of Experimental Philosophy : 13.7: Cosmos And Culture Philosophers are burning their armchairs and heading for the lab as part of a new movement called, appropriately enough, "experimental philosophy." Commentator Tania Lombrozo wonders why this small subfield of philosophy has captured the popular imagination.

The Ironic Success Of Experimental Philosophy

The Ironic Success Of Experimental Philosophy 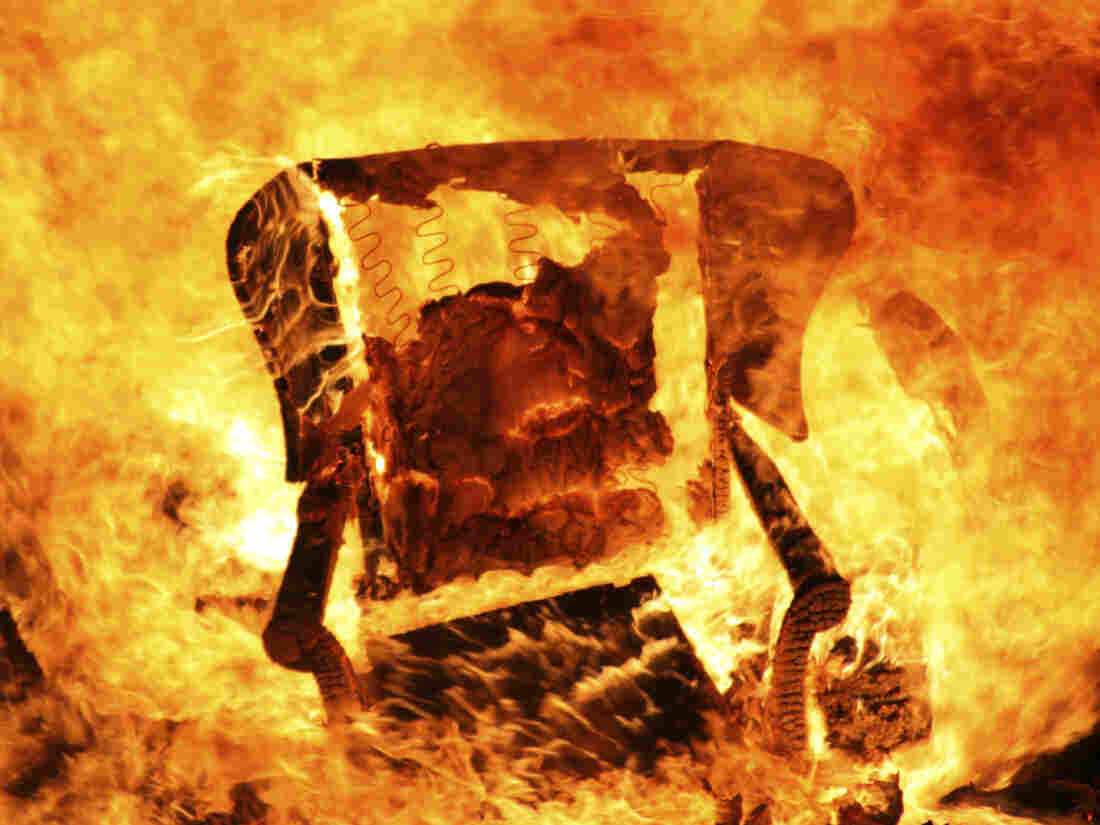 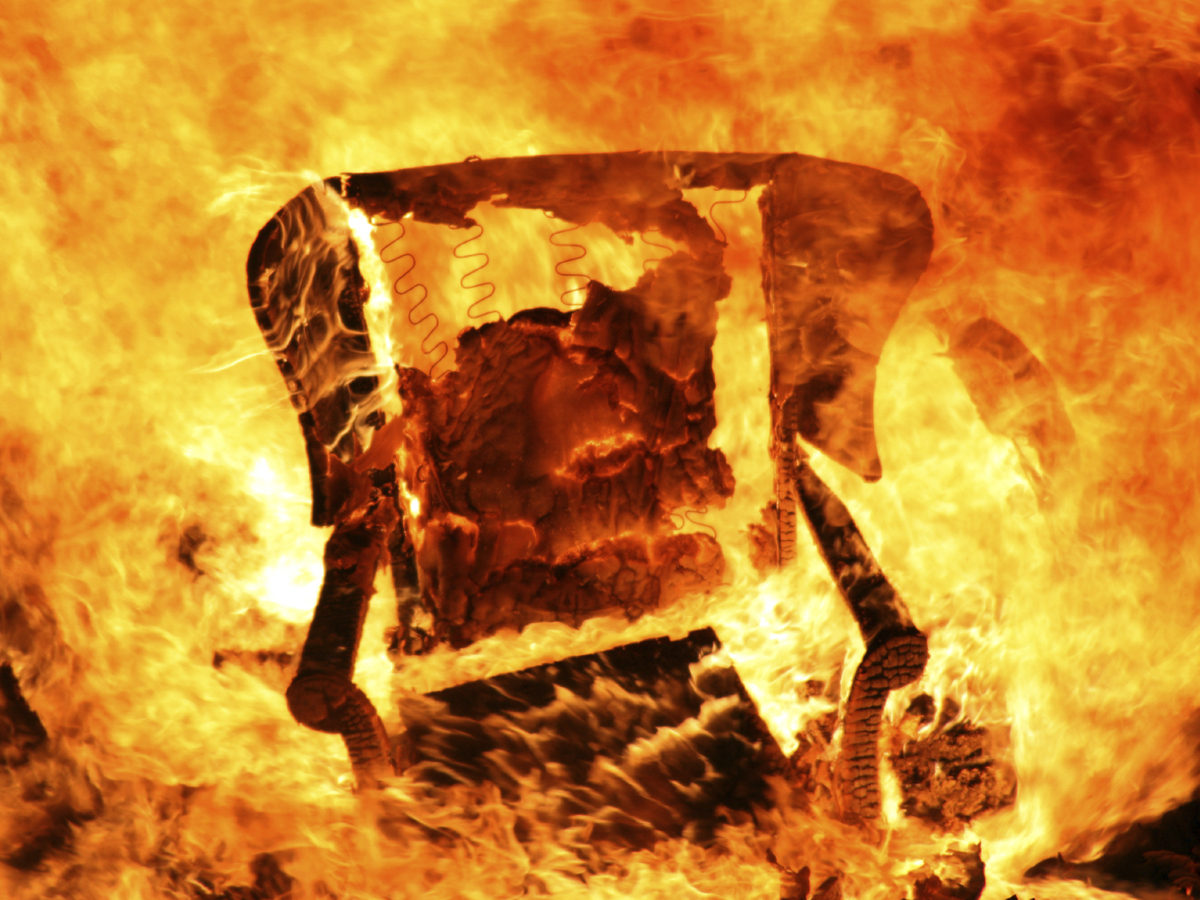 Later this week, hundreds of philosophers will converge near San Francisco's Union Square for the 87th annual meeting of the Pacific Division of the American Philosophical Association.

Reporters from The San Francisco Chronicle will not be onsite to cover the invited symposia on the epistemology of modality or on the semantics and pragmatics of pejoratives. Local news stations will not record the sessions on Plato or on consciousness. The New York Times will not run a feature on the latest arguments concerning moral realism, reproduction and bioethics, war and global justice or the problem of animal pain.

So it's all the more surprising that one small pocket of philosophy, known as "experimental philosophy," has, over the last few years, made it to the pages of Slate.com, The New York Times Magazine, The Chronicle of Higher Education, The New York Times' Opinionator and Room for Debate, Prospect Magazine, and yes, even NPR's Talk of the Nation.

What is experimental philosophy? And why this unprecedented public success?

Practitioners of experimental philosophy ("X-Philes") are a heterogeneous bunch, but most believe that there are important limitations to philosophy's dominant "armchair" methods of reflection and argumentation, prompting the adoption of a burning armchair as a logo (you can hear the accompanying anthem, sung by Alina Simone, on YouTube). To explore and remedy these limitations, they have turned to psychological research on people's judgments, feelings and behaviors. Some of them conduct this research themselves; others collaborate with social scientists or draw upon their work.

To illustrate, consider one of the most celebrated findings from experimental philosophy: the "side-effect effect" or Knobe effect, named after experimental philosophy icon Joshua Knobe, who first documented the phenomenon. In his original paper, Knobe (a philosopher) conducted a psychology experiment in which he presented participants with the following vignette:

The vice-president of a company went to the chairman of the board and said, 'We are thinking of starting a new program. It will help us increase profits, but it will also harm the environment.'

The chairman of the board answered, 'I don't care at all about harming the environment. I just want to make as much profit as I can. Let's start the new program.'

They started the new program. Sure enough, the environment was harmed.

The key question was this: did the chairman harm the environment intentionally? Eighty-two percent of participants responded 'yes.'

In a different version of the vignette, a different group of participants read the same text, but with "harm" replaced with "help." So the proposed program had the side effect of helping the environment, but the chairman said that he "didn't care at all" about helping the environment and went ahead with the plan for greater profit. Now participants were asked whether the chairman helped the environment intentionally, and only 23 percent responded "yes." (If that went by a little fast, check out this YouTube reenactment of the two cases.)

But why would this be? Why would the simple change from "harm" to "help" in the environmental side effect of seeking profits alter whether or not that side effect was described as having been brought about intentionally? In both cases, the chairman was motivated by profit and claimed that he didn't care about the environment.

Knobe and others have used findings like these to argue against armchair analyses of what it means for actions to be performed "intentionally," and also to argue that moral evaluations (in this case, the perceived goodness or badness of environmental help or harm) have a pervasive impact on how people reason. To quote Knobe, we "are moralizing creatures through and through," a conclusion that he advocates on the basis of experimental results like the Knobe effect, not armchair speculation.

(In other words, some of my best friends are X-Philes, and some may not like what I'm about to say.)

Most philosophical arguments — whether they're about the epistemology of modality or about bioethics — are hard to condense into an accessible form for public consumption. Like any academic discipline, philosophy has its own jargon. It can be hard to appreciate what philosophers are saying, or why it's important, without knowing something about the broader context within which they're working.

The most celebrated examples from experimental philosophy, in contrast, involve compelling empirical phenomena that people can readily appreciate. For example, most people share the intuition that the chairman of the board intentionally harmed the environment but didn't intentionally help the environment, and they find the apparent inconsistency across these cases curious and compelling. These reactions can be elicited by simply presenting people with the relevant vignettes in a short article. Which they can read from their armchairs.

And that's the irony: experimental philosophy is all about getting people out of the armchair and into the lab. But I'd argue that its popular success owes to the fact that armchairs are perfectly adequate to appreciate the force of many key arguments from experimental philosophy, whether you're a philosopher or an interested spectator.

Now, this isn't true for all experimental philosophy. I'd be the last person to argue that empirical research isn't crucial and capable of revealing when armchair intuitions are limited or simply mistaken.

But, perhaps, it's time to rethink the logo and the rhetoric. Instead of burning our armchairs, let's bring them with us into the lab. We'll have somewhere nice and comfortable to sit while we reflect on our work, with our empirical tools close at hand.