Accessibility links
Should All Women Heed Author's Advice To 'Lean In'? : 13.7: Cosmos And Culture Sheryl Sandberg's new book on women and ambition has some critics wondering what a top tech industry executive can really tell the average American woman. Commentator Tania Lombrozo argues that not all books by women and for women need to be for all women. 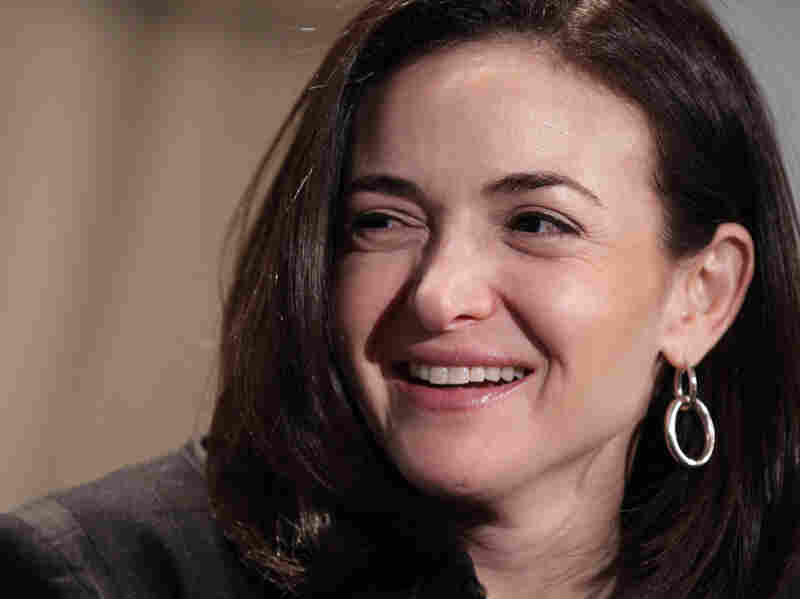 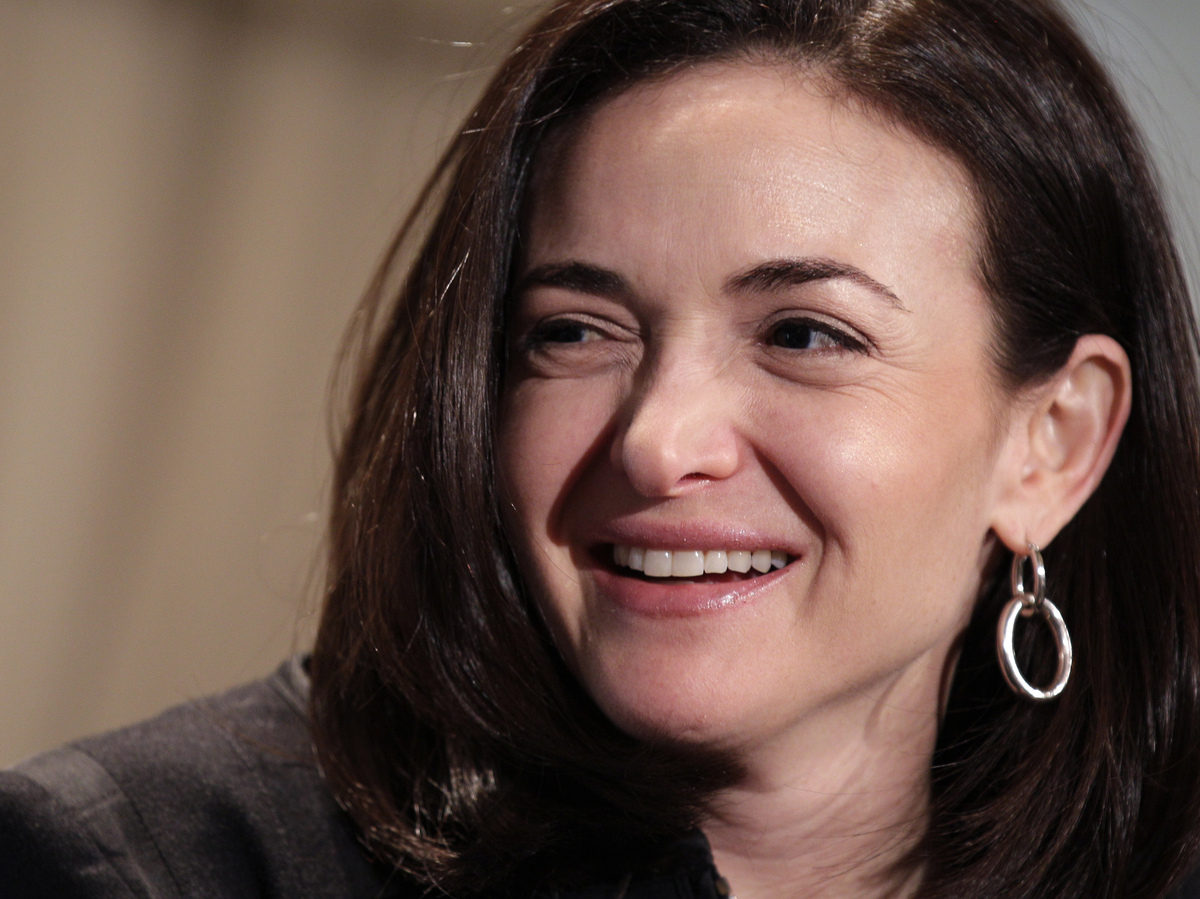 Sheryl Sandberg, Facebook's chief operating officer, speaks at a luncheon for the American Society of News Editors in San Diego.

Sheryl Sandberg's controversial new book on women and leadership, Lean In: Women, Work, and the Will to Lead, currently tops Amazon's best-seller list in "Business Management and Leadership" alongside Decisive (Chip Heath and Dan Heath), StrengthsFinder 2.0 (Tom Rath), Give and Take (Adam Grant), The Millionaire Next Door (Thomas Stanley and William Danko) and The Power of Negative Thinking (Bob Knight and Bob Hammel) — all authored by men.

The demographics of this list reflect the broader trend that motivates Sandberg's manifesto: Women are woefully underrepresented in top leadership positions in business, government and beyond. Sandberg advises women to "lean in" to their careers, embracing ambition and resisting the tendency to hold back due to actual and anticipated challenges in negotiating work-life balance.

Sandberg's book has generated a spectrum of responses — some positive, some mixed and some outright hostile. Most common is the complaint that Sandberg seems to put the burden on women to change, rather than challenging the institutional, cultural and psychological factors that present extra challenges for women.

But another common refrain is that Sandberg fails to represent all women. As one of the richest and most powerful women in America, and one with a supportive husband, she has a few resources that most women lack — whether it's household help or another parent who can step in when she needs to miss dinner with the kids. Here are just two representative comments:

Sandberg has already gotten some flak from women who think that her attitude is too elitist and that she is too prone to blame women for failing to get ahead. (Not everyone has Larry Page and Sergey Brin volunteering to baby-sit, and Zuckerberg offering a shoulder to cry on.) Noting that her Facebook page for Lean In looks more like an ego wall with "deep thoughts," critics argue that her unique perch as a mogul with the world's best husband to boot makes her tone-deaf to the problems average women face as they struggle to make ends meet in a rough economy, while taking care of kids, aging parents and housework. (Maureen Dowd, The New York Times)

Even her advisers acknowledge the awkwardness of a woman with double Harvard degrees, dual stock riches (from Facebook and Google, where she also worked), a 9,000-square-foot house and a small army of household help urging less fortunate women to look inward and work harder. Will more earthbound women, struggling with cash flow and child care, embrace the advice of a Silicon Valley executive whose book acknowledgments include thanks to her wealth adviser and Oprah Winfrey? (Jodi Kantor, The New York Times)

Notably, my attempts to unearth comparable criticisms of Decisive, StrengthsFinder 2.0, Give and Take, The Millionaire Next Door or The Power of Negative Thinking yielded zilch. Well, almost zilch — Fred Barnes at The Wall Street Journal did wonder whether Bob Knight's lessons from basketball coaching really do carry over to leadership in business and other areas of life.

But no one questioned the Heath brothers' or Adam Grant's credentials to advise the masses given their elite Harvard and Stanford degrees, or the credibility of Tom Rath's suggestions for everyday folk given his powerful position at Gallup, or of Thomas Stanley's suggestions for the not-yet-wealthy given his appearance on The Oprah Winfrey Show.

Maybe these aren't fair comparisons, but a quick search for reviews of books by Donald Trump turned up plenty of criticisms, but not of the kind leveled against Sandberg — that her rich and powerful position makes her ill-suited to advise (most) other women.

Sandberg's book is arguably (and appropriately?) more ambitious than most books in business and leadership, seeing as it hopes to reinvigorate the advancement of women and launch a social movement. But I also think Sandberg suffers from her token status as one of only a small number of super-rich, highly visible and highly influential women in the tech industry. In contexts where women are in the minority, they can feel they represent all women — a phenomenon captured in this cartoon at PhD comics. In the present case, it seems it's the critics who expect Sandberg to represent all women.

Don't get me wrong — I think it's critically important to acknowledge the many barriers faced by women, including the barriers Sandberg's privileged position allows her to circumvent. And I think it's important that the burden for change be placed on groups and institutions, not on individual women. But not all books by women and for women need to be for all women. We certainly don't expect books by men to speak to and for all men.

So I look forward to the day when it's no exception for best-sellers in leadership and business to be authored by women, and the diversity of voices can match the diversity of women's experiences. Sandberg's book might even bring that day a little sooner.