Accessibility links
When Animals Mourn: Taking Solace From Knowing That Grief Is Not Uniquely Human : 13.7: Cosmos And Culture When animals die, their close relatives and friends may be plunged into mourning. Commentator Barbara J. King writes about animal grief in her new book, citing examples seen in animals large and small. She finds solace in the knowledge that humans are not the only animals who feel loss. 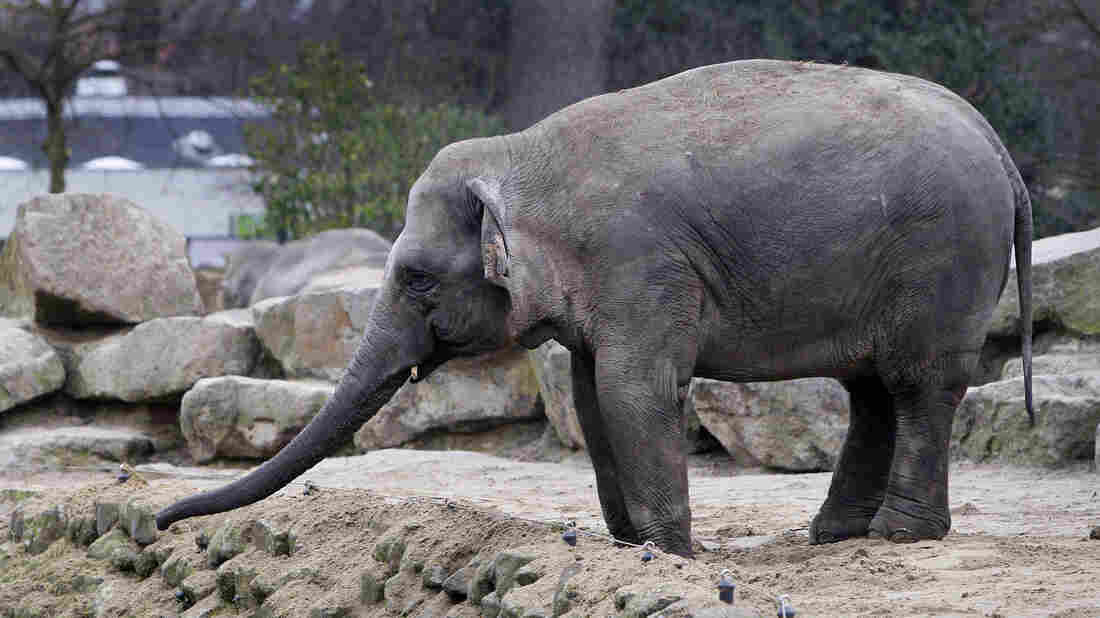 An elephant at the Emmen, Netherlands, zoo stands at the edge of a ditch in 2009, a day after another elephant fell into the ditch and died. Olaf Kraak/AFP/Getty Images hide caption

Eleanor was the matriarch of an elephant family called the First Ladies. One day, elephant researchers in Kenya's Samburu National Reserve saw that Eleanor was bruised and dragging her trunk on the ground. Soon, she collapsed.

Within minutes, Grace, the matriarch of another elephant family, came near. Using her trunk, she pushed Eleanor back up to a standing position. When Eleanor, greatly weakened now, thudded once again to the ground, Grace became visibly distressed: she vocalized, pushed at the body and refused to leave Eleanor's side. 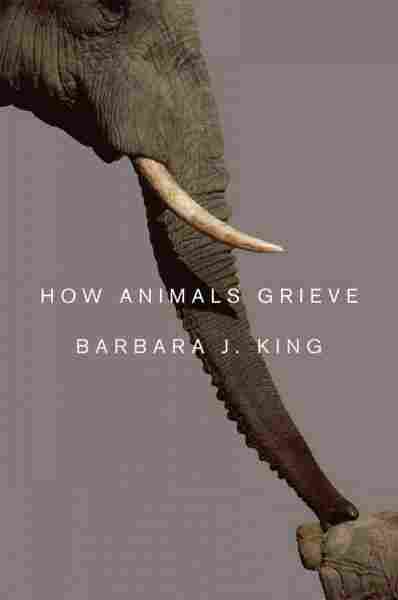 When Eleanor died, a female called Maui, from a third elephant family, hovered over her body, pulling on and rocking over it. During the next week, elephants from five different families came to the body. Some individuals seemed motivated only by curiosity. But the behavior of others, including Grace and Maui, clearly involved grief.

The breadth and depth of animal grief is the topic of my book How Animals Grieve, just published. Writing this book often moved me profoundly; through reading the science literature and conducting interviews with experienced animal caretakers, I came to understand at a new, visceral level just how extensively animals feel their lives. Elephants grieve. Great apes (think chimpanzees, bonobos) and cetaceans (such as dolphins) grieve. So do horses and rabbits, cats and dogs, even some birds.

Here at 13.7, I often write about science books. So it's gratifying to write now about my own, especially this week when it's the focal point of a story in Time Magazine called "The Mystery of Animal Grief."

The Time article includes the story of Eleanor. It mentions also the keening grief of the Siamese cat Willa for her sister Carson, which I described in one of my first posts for 13.7, back in 2011.

In my work, I define grief as some visible response to death that goes beyond curiosity or exploration to include altered daily routines plus signs of emotional distress. Horses who merely nudge or sniff at the body of a dead companion, for example, can't be said to be grieving. Horses who stand vigil in a hushed circle, for many hours, at the fresh grave of a lost friend may well be grieving. A horse who refuses food and companionship, becomes listless and won't follow normal routines for days when her friend dies? Why wouldn't we see this as grief? (These examples are explained in detail in the book.)

As I've mentioned, it's not only the big-brained "usual suspects" — the apes, elephants and dolphins — who grieve. In this brief video produced at The College of William and Mary (where I teach), I describe what happened when one duck named Harper, rescued by and living contentedly at Farm Sanctuary, witnesses the necessary euthanasia of his best duck friend Kohl. Emotionally, Harper simply cannot recover from his loss.

In our own lives, when it hits hard, grief can be a wild and terrible force. In another post to come, I will outline some ways in which I think human mourning and thinking about death differs from the grief of other animals.

For now, I'll conclude with the same words with which I close my book: