Accessibility links
Play Ball! : 13.7: Cosmos And Culture Baseball is more than a game to many people. Commentator Alva Noë thought he knew it better than most, until his children started playing Little League. That's when the community that makes up organized youth baseball welcomed him into their fold and opened his eyes to whole new levels of meaning in the game.

For The Love Of The Game: Play Ball!

For The Love Of The Game: Play Ball! 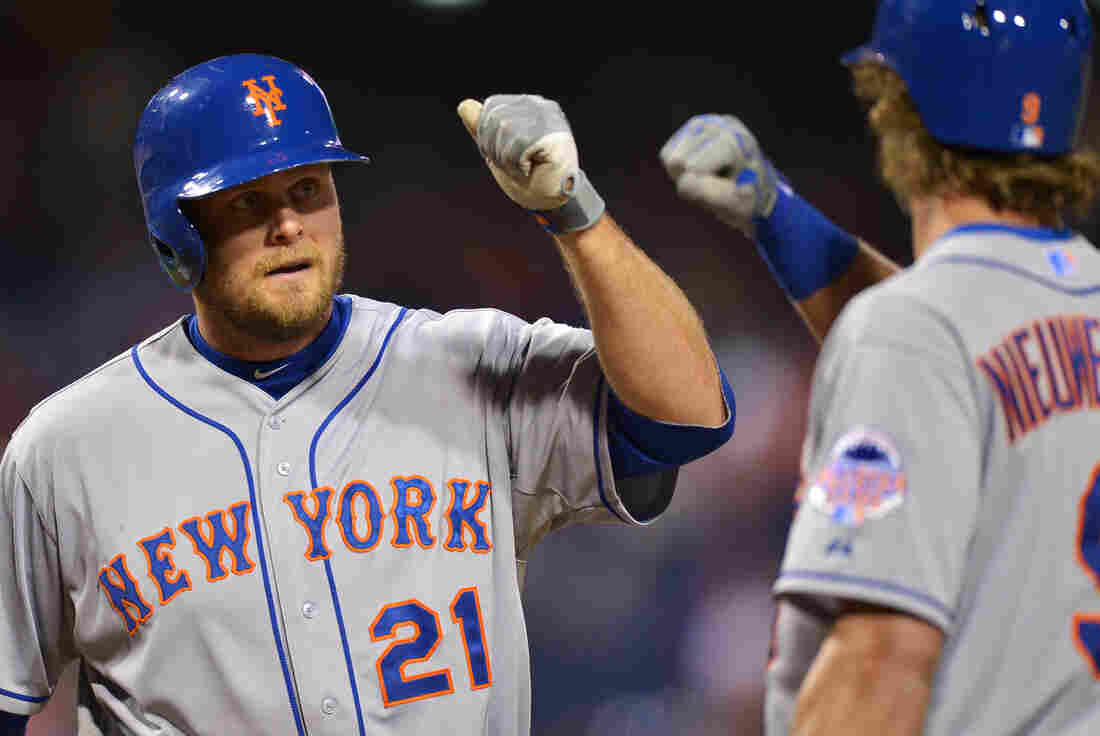 The Mets' Lucas Duda celebrates a homerun against the Phillies with Kirk Nieuwenhuis on Wednesday. Despite the shot, the Phillies won 7-3. Drew Hallowell/Getty Images hide caption 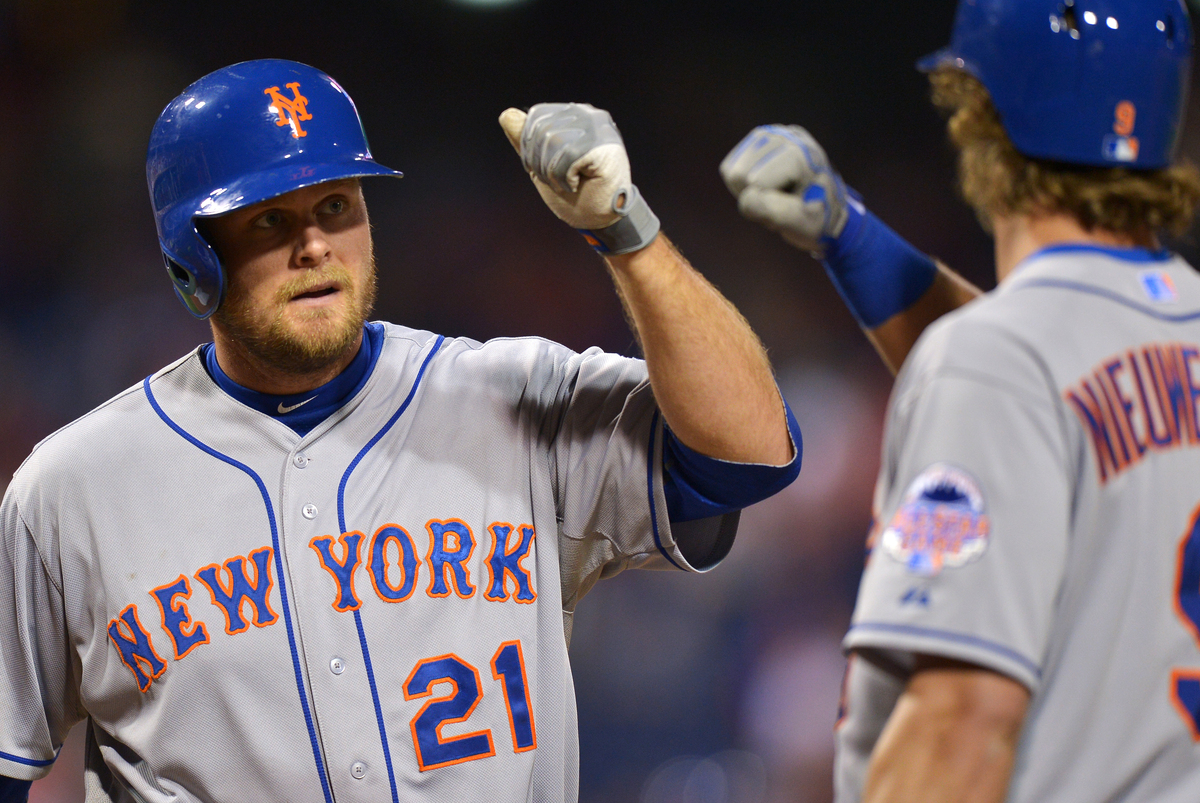 The Mets' Lucas Duda celebrates a homerun against the Phillies with Kirk Nieuwenhuis on Wednesday. Despite the shot, the Phillies won 7-3.

For some not inconsiderable portion of the population, life reorganizes itself each spring with the start of the baseball season. Until now, my role in the baseball eco-system has been clear. I am a fan. I watch baseball, and I think about it. A lot. My ex-wife once referred to herself in my presence as a baseball widow. I don't really think that was fair. But it is true I don't miss a game the Mets play, time zones be damned. And it is true that love has a lot to do with it. Love of the game, yes. But really: love of my team.

But this year everything is different and new and exciting in totally new ways. I've got two boys in Albany California Little League. Many of you will know what this means. But frankly, I did not.

The best thing I can compare it to is organized religion. Each team is a congregation built around a practice: the play of baseball. Baseball is so complicated, and so big, that it presents itself as task and theory and catechism and phenomenon; a great big question, and all of us try to comprehend it but stand firm in our commitment even when we can't understand it in truth.

The practice is organized around rabbi or priest like figures, the managers or coaches, and their assistants, almost all men, who have the authority to teach and who's ability to teach gives them so much authority. The authority to talk to our children, and indeed, to us parents, with a sort of straight-forward, honest interest; they push, hug, drill and criticize our kids. Watch a uniformed 6-foot giant bending at the waist so that he can place his hand on a four-foot tall pitcher's cheek, look him in the eyes, and offer him words that will get him through the inning. It will change the way you see conferences on the mound in Major League Baseball.

The baseball congregation, which is joined to other congregations in a division, which in turn is organized across ages into leagues, is founded, as a church must be founded, on love. Love is the abiding emotion on display in this regimented world of baseball play. The parents are there to love their boys (and girls!). But you must, and find that you do, love all the boys, even the opposing players, and also the coaches, who organize everything, and the folks (us) who groom the fields and bring the snacks and keep score and train the umpires. It is a huge commitment on everyone's part.

Some of the boys are natural. For some it's a real test. As with school, or with Sunday school. And for the parents, well, think about it. Practices and games, all over the place. Your kid can't play unless you are there, committed, car keys in hand, willing to get them where they need to be when they need to be there.

It takes a loving community to make organized baseball possible and baseball itself becomes a kind of monument to community itself, a sort of standing lesson in what a community is and can be.

I myself did not grow up in this sort of community. I was part of no church. I did not go to public schools. I never even dreamed of little league. I lived in Greenwich Village at a time when Greenwich Village prided itself as a place of freedom from precisely this sort of community. I realize now that my love of baseball — my fan's love of professional baseball — was the expression of a longing for this sweet and joyous sense of common pursuit. Listening to the Mets under the covers on AM transitor radio was the closest I ever got to the mainstream. To community. (No surprise, then, that it was not possible for me and my kind to abide that white-bread pinnacle of establishment inclusion: The New York Yankees.)

My boys are having a great time. And so am I. I'm so inspired that I've joined a softball league for old guys and I've got my first game this weekend. I'm not just a fan anymore.