Accessibility links
Cultural Sexism: What If Amanda Knox Had Been Andrew Knox? : 13.7: Cosmos And Culture Does the breathless excitement seen in media coverage of Amanda Knox amount to sexism? Commentator Barbara J. King argues 'yes' and says its part of an age-old pattern in human culture.

Cultural Sexism: What If Amanda Knox Had Been Andrew Knox?

Cultural Sexism: What If Amanda Knox Had Been Andrew Knox? 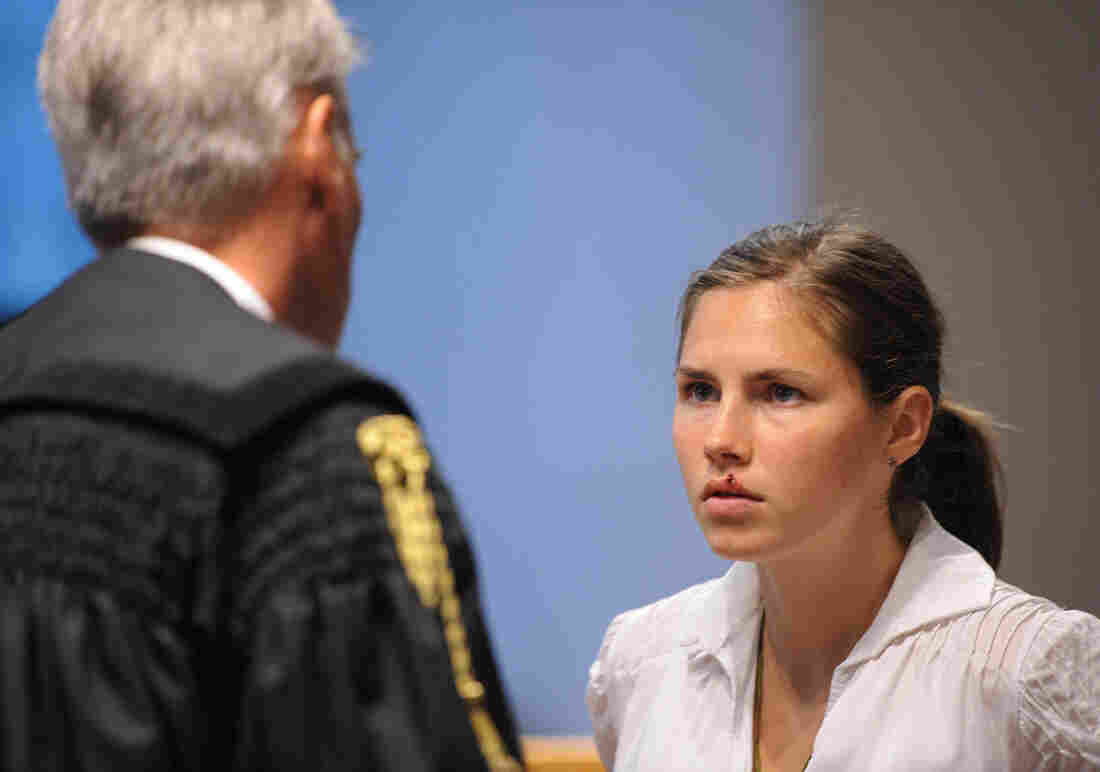 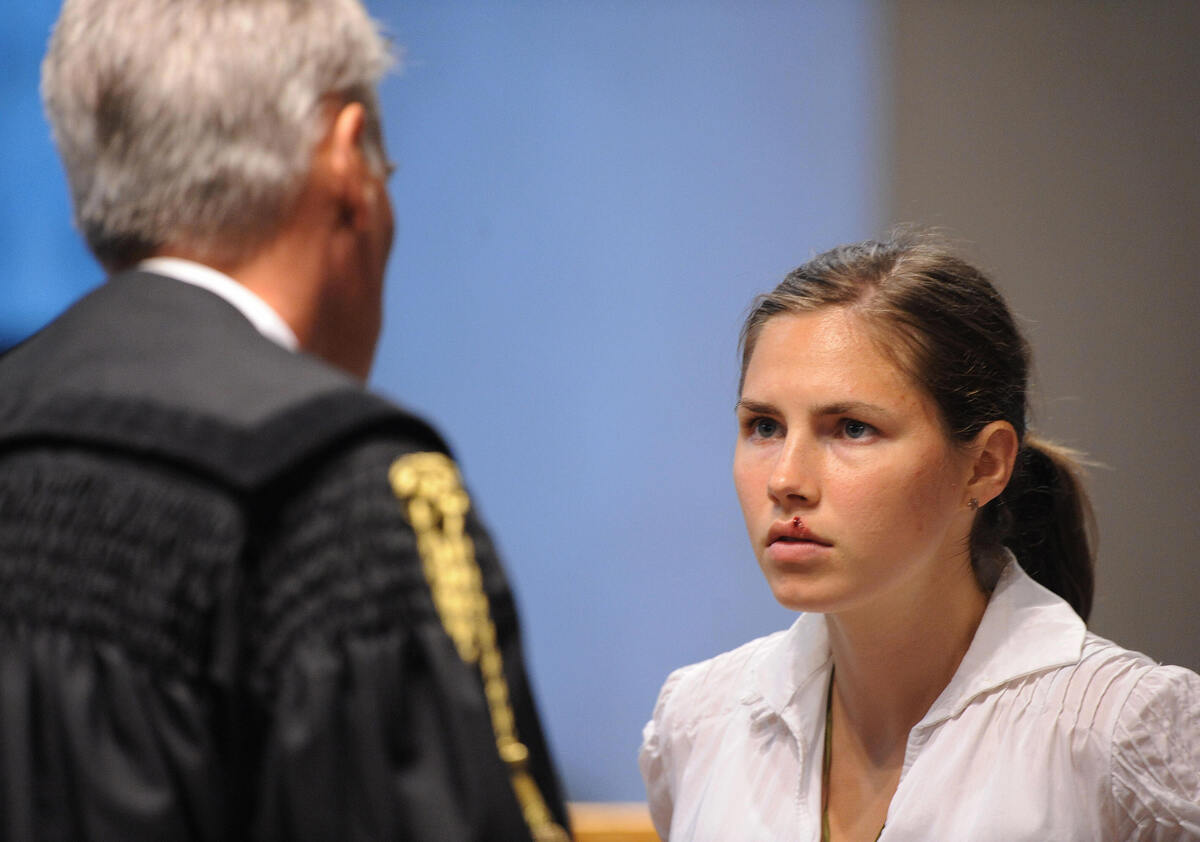 Amanda Knox listens to questions during her trial in Perugia, Italy, on June 12, 2009.

These phrases, as reported by ABC News's Diane Sawyer, have been used by the media to describe Amanda Knox, the American study abroad student who, while living in Perugia, Italy, in 2007, was charged with murder. Specifically, she was charged with killing her female roommate, who was found in their apartment in a state of partial undress with her throat slit. After four years in prison, Knox's conviction was overturned. She is now back in the United States (although the acquittal itself was overturned last month, and Italy wants her to return for a retrial.)

Obviously, I have no idea whether the prosecutor's argument against Knox, including the charge that the murder resulted from sex games gone awry, has a shred of truth to it. Here's what I do know: If Amanda Knox had been Andrew Knox, the breathless and prolonged excitement around his sex life would be greatly diminished, or absent altogether. If Amanda had been Andrew, he wouldn't have been labeled "a sex-mad flatmate" in the media.

While he finds the case constructed against Amanda Knox to be "profoundly flawed", it's the sexism Bruni focuses on. As he puts it: "For men, lust is a tripwire. For women, it's a noose."

I can't help but connect the popular discourse about Amanda Knox with the academic discourse I teach about in my Evolutionary Perspectives of Gender course. The framework is different, but the underlying principle is the same.

In that class, the students and I scrutinize anthropological and archaeological models of gender roles in prehistory. More often than not, the men in the models are the strivers and achievers, responsible for cultural innovation and our lineage's reproductive success. Women are comparatively passive, stay-at-home types. They're baby-focused, too.

Good exceptions to this gender stereotyping in models of prehistory do exist, exemplified by the work of Adrienne Zihlman. Still, the consistency of gender bias is astonishing, ranging from the scenario of man the hunter to the model of woman the cooker.

In the cooking version, the women are not as passive in terms of survival behaviors as in the hunting version. Yet, as cooks, they nevertheless become victims of men who steal the products (cooked tubers) of their labor; they end up in need of protection by males from males.

In other words, in the dominant scenarios of how we became human, men trip a wire of evolutionary success, women are caught in a noose of neediness.

These imagined fundamental differences between the sexes must seem natural to many, natural enough that they become inscribed in the stories we tell ourselves about our present lives. This includes the stories we tell about men's and women's sexual lives.

The key question is: When will we as a society evolve beyond the telling of these sexist stories, about Amanda Knox and countless others?

Barbara's new book, How Animals Grieve, has just been published. You can keep up with more of what she is thinking daily on Twitter: @bjkingape