Accessibility links
The Inevitable Question? : 13.7: Cosmos And Culture Confronted with the amazing advances made by science, why do so many still cling to God as a creator? Could the answer be that we need to be created in order to be special? Or are we afraid of our own unique place in the Universe? Marcelo Gleiser knows what he thinks. 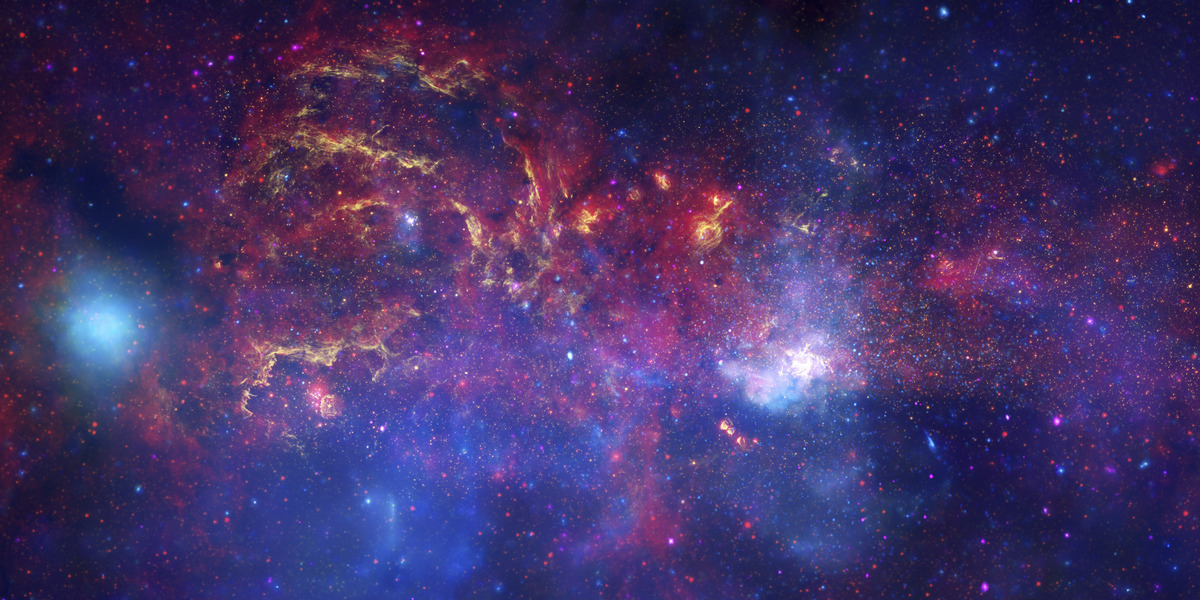 Last week I gave a lecture at a corporative event for some 200 executives in the insurance business. Although this happened abroad, my experience is that things would not have been very different here. My mission was to jump-start some macro-level reflection, gently pushing people out of their comfort zone, posing questions that, in the rush of everyday life, we tend to leave aside.

As I was asked to speak about our place in the Universe, I embarked on an exploration of how modern science sees the perennial questions of our existence: our origin, the search for meaning, our role as a thinking species, our future.

I started by mentioning how we are creatures bound by time, with a history that begins and ends. I argued that, just the same, stars and the Universe have their own histories, with a beginning and an end. The passage of time and our awareness of it is, perhaps, our most defining trait: knowing that we exist and that this existence has an end. (At this point, the folks from the life-insurance sector smiled.)

I also argued that much of the human creative effort, our poems and symphonies, our literature, the sciences and philosophical ideas, the sum total of our cultural output, can be seen as a response to the unease of being aware creatures, an attempt to have some measure of control and grace in face of the inexorable. Love, sex, power, relationships, are the road signs of our path ahead, leading this way or that according to our choices.

I then moved to the question of origins: of the Universe, of stars, of life, arguing that every culture that we are aware of, from the oldest to the most current, have offered a narrative of Creation, an attempt to understand where everything came from.

To stare at the night sky, far from city lights, and see hundreds, even thousands, of stars compels us to ask whether other creatures live out there, and how similar or different they are from us. Could there be another kind of intelligence in the cosmos? What kind of intelligence would that be? Individual? Collective? Machine-like? Something unexpected and new?

The case for extraterrestrial life becomes even more compelling when we learn that there are some 200 billion stars in our galaxy alone, the sun being but one of them. And now that we know that most stars do have planets around them, and that many of these probably will have moons, we arrive at the staggering figure of trillions of worlds besides ours in our galaxy alone, each unique, each with its own history and possibilities.

I showed breathtaking images from the Hubble Space Telescope and other space telescopes, of lunar modules and Mars rovers, explaining that these machines are our wonderful creations, small robots travelling for millions of miles across space, visiting and taking images of other worlds while being controlled from Earth by scientists and engineers. I suggested that we should celebrate such technological marvels as we celebrate other great works of human ingenuity such as the pyramids and medieval cathedrals, the architecture of Brasília and Barcelona, the Mona Lisa and Mahler's symphonies.

I argued that contrary to what most think, and as I explain in my book Tear at the Edge of Creation, the more we learn about the Universe the more relevant we become, molecular machines capable of seeing far beyond our limited perception of reality.

I tried, with words and images, to celebrate the human condition and the austere beauty of the Universe, both capable of amazing feats of creation and destruction. I argued that the tragic and the sublime are, like the two-faced Janus, two inseparable aspects of existence, part of the same whole. I argued that we matter because we are unique, that we can be special creatures without being specially created. I argued that our cosmic loneliness should not scare us but instill us to action, working as a unifying force in times of division.

At the end of all this, as inexorable as the passage of time, came the inevitable question, betraying our most ancient fears: "Sir, do you believe in God?"