Accessibility links
The 'Brilliant Blunders' Of Science: Success Through Failure : 13.7: Cosmos And Culture Mario Livio's new book profiles five brilliant scientists and thinkers who, despite their seminal contributions to our understanding of the world, were also wrong about some big questions. Commentator Adam Frank says Livio's engaging work highlights how the collective process that is science always gets it right in the end.

The 'Brilliant Blunders' Of Science: Success Through Failure

The 'Brilliant Blunders' Of Science: Success Through Failure

"Experience is the name everyone gives their mistakes" said Oscar Wilde and it is true that, hopefully, we all learn from our mistakes. But what about science? 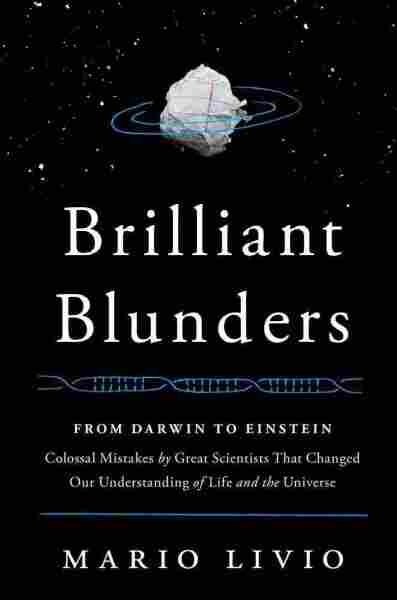 In school we learn about the scientific method and its emphasis on observation, hypothesis and experiments. Clearly mistakes are an important part of the process. It has even been said that the point of science is to make as many mistakes as possible as fast as possible. Still, what about the really big mistakes?

What about brilliant scientists grasping at ideas across their entire careers that later turned out to be completely and utterly wrong? Given the role that stature plays in the culture of science, what are we to make of such "brilliant blunders"? That's the question astrophysicist Mario Livio takes on in his new book of the same name.

To answer this question, Livio chose five examples where scientists of the highest caliber made grand mistakes: Darwin and genetics; Lord Kelvin and the age of the Earth; Linus Pauling and DNA; Fred Hoyle and the Big Bang; Albert Einstein and the cosmological constant. Each case highlights some aspect of the evolution in our thinking about life and the Universe. 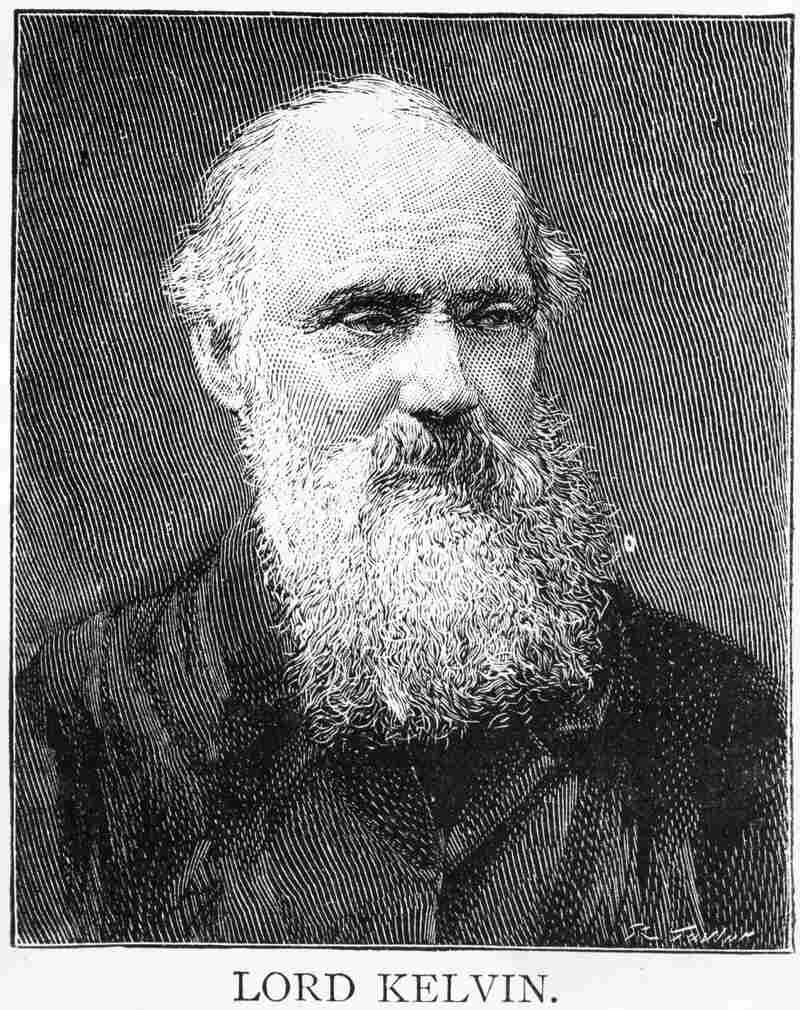 William Thomson Kelvin (1824 - 1907) who proposed the absolute or Kelvin temperature scale. He also established the second law of thermo-dynamics. He was brilliant. But he wasn't perfect. W. & D. Downey/Getty Images hide caption 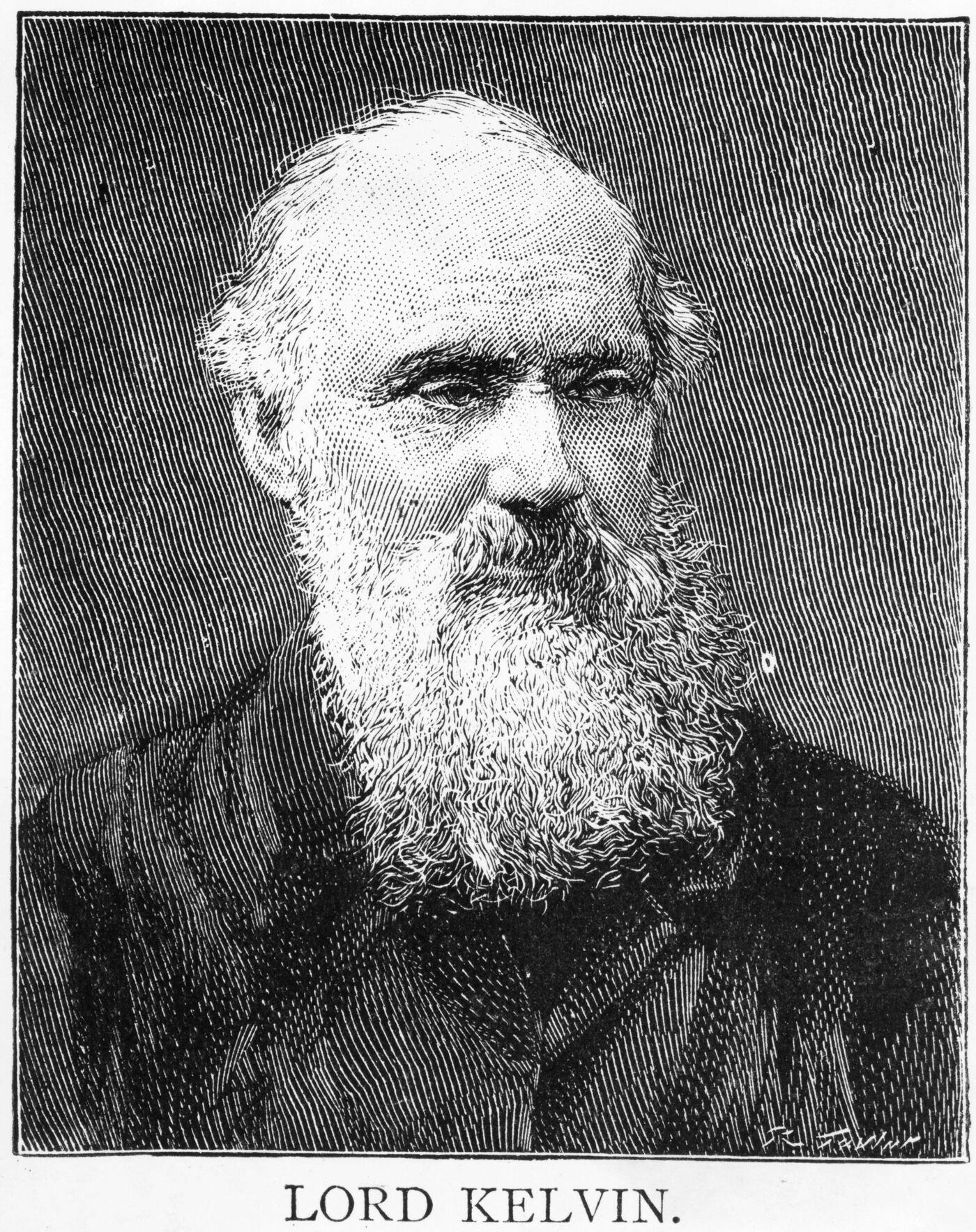 William Thomson Kelvin (1824 - 1907) who proposed the absolute or Kelvin temperature scale. He also established the second law of thermo-dynamics. He was brilliant. But he wasn't perfect.

That's no accident as Livio is interested in the ways in which personal beliefs and biases can affect a scientist's commitment to particular theoretical explanations. And there is no place where prior beliefs pop up more readily, be they religious or philosophical, than in questions of origin and evolution. Livio ticks off the sins of his chosen five:

Darwin's blunder was in not realizing the full implications of a particular hypothesis. Kelvin blundered by ignoring unforeseen possibilities. Pauling's blunder was the result of over confidence bred by previous success. Hoyle erred in his obstinate advocacy of dissent from mainstream science. Einstein failed because of a misguided sense of what constitutes aesthetic simplicity.

Livio believes, there are lessons to be learned in how these great scientists made their great mistakes. As he puts it:

As I hope to show, the analysis of these blunders form a living body of knowledge that is not only captivating in its own right but can also be used to guide actions in domains ranging from scientific practices to ethical behavior.

Mario Livio is an entertaining writer. His genuine excitement and passion for this subject light up the whole book. I recall first meeting Livio at a conference in my days as a graduate student. I came away from his talk enchanted by the delight he took in advocating for his ideas. In Brilliant Blunders he's just as compelling. Even as he leads the reader ever deeper into his argument about how science itself works, he never fails to keep things lively with engaging accounts about his subjects and their work.

Science, as Livio so beautifully shows, is a human endeavor. That means even the most brilliant scientists are prone to typical human failings. Through the remarkable collective process that is science, however, the voice of the world can be clearly heard and our mistakes realized. That, ultimately, is our greatest collective success.