Accessibility links
Putting The Fun Back Into Fundamental Science : 13.7: Cosmos And Culture Given the resistance that has grown in this country to any form of science that treads too closely to someone's cherished ideology, celebrating science for the gift that it is with a big, honking festival seems like a good idea, says commentator Adam Frank.

Putting The Fun Back Into Fundamental Science

Putting The Fun Back Into Fundamental Science

America has a problem. It's an existential problem, a big one that threatens our collective future. Our problem is the failing bond between science and the American people. Luckily for us all, it's a problem that can be solved. The solution? A big party! Well, that's not the solution, but celebrating science is one way to renew our community's bond with society. 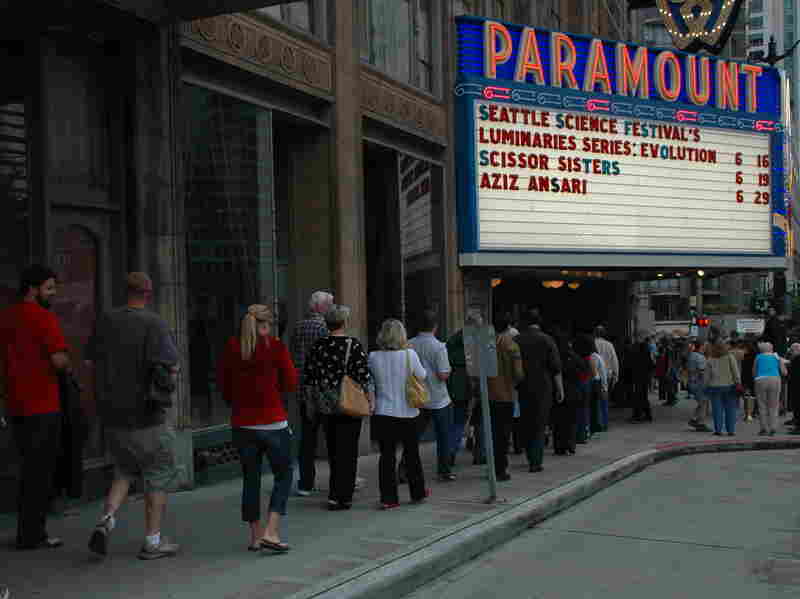 The line stretches down the block ahead of an event during the 2012 Seattle Science Festival. The 2013 festival runs from June 6 through June 16. Courtesy of Pacific Science Center hide caption 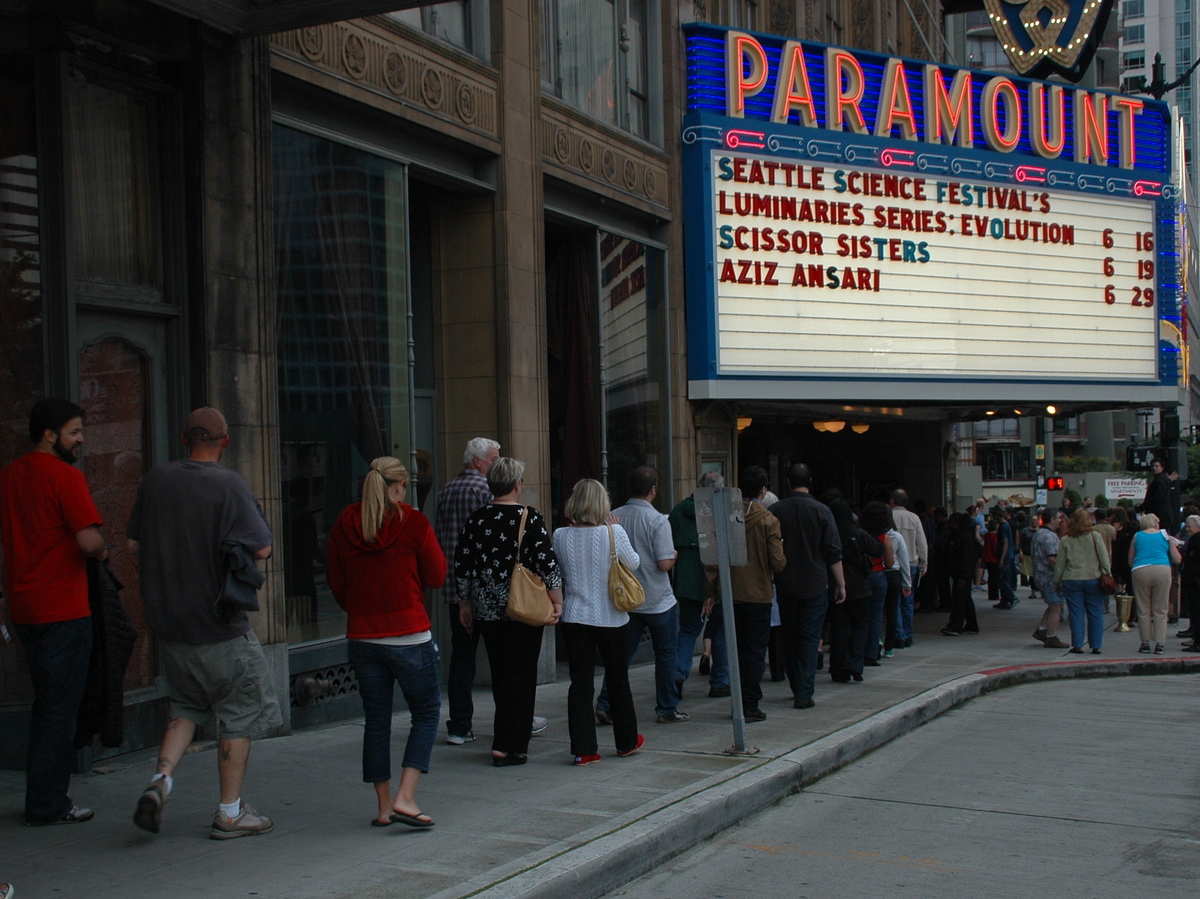 The line stretches down the block ahead of an event during the 2012 Seattle Science Festival. The 2013 festival runs from June 6 through June 16.

So, this week I am heading out to Seattle to participate in the Seattle Science Festival. It's a 10-day long extravaganza focusing on oceans, planets, critters, math and more. My part will be sharing the opening night stage with Brian Greene, Sean Carroll and Jennifer Ouellette in a program called "Beyond Infinity." While we will all be talking about the nature of time, Brian Greene will get backing from a full orchestra to present his just-debuted collaborative piece Icarus at the Edge of Time (the music comes from Philip Glass, Kal Penn will provide live narration).

This opening night, with its mix of big cosmic ideas and innovative artistic interpretation, is the hallmark of a new idea in science education. They are introducing science in a very personal way to folks who might otherwise not find a reason to care.

Science festivals are meant to be big collaborative events, drawing thousands in with a healthy mix of science and the arts. In the United States, science festivals have sprung up from San Diego to Boston. One of the premiere events, the World Science Festival in New York (co-founded by Brian Greene), just finished its 5th season.

These festivals represent a movement that's been gaining steam for a few years. Organizers have realized that — in a nation failing to find people to keep up with the demand for high tech jobs (and with a strong streak of denialism) — moving beyond the museum, the zoo and NOVA on TV has become essential. As John Durant, of the MIT Museum puts it:

The wind of change is blowing through the world of science outreach. Tried and tested approaches—in journalism, broadcasting, museums, science centers, and elsewhere—are being reworked in unconventional and sometimes surprising ways. At the same time, older assumptions—about the importance of emphasizing "objectivity" in science, of relying on professional mediators, or of a single-minded focus on conveying factual knowledge to under-informed audiences—are being actively questioned or simply set aside.

Science festivals are a truly creative response this problem. From exhibitions on the science of beer to dance performances exploring quantum physics, festivals create a sense of excitement, engagement and just plain, damn fun that is often lacking in public discussions of science. Most of all these festivals work.

Science is not just something scientists do. Like music and dance, it's a fundamental expression of what it means to be human. Given the resistance that has grown in this country to any form of science that treads too closely to someone's cherished ideology, celebrating science for the gift that it is with a big, honking festival seems like a good idea to me.

See you in Seattle.