Accessibility links
Do Dogs Think? : 13.7: Cosmos And Culture Do dogs live entirely in the present, acting on instinct rather than thinking? Commentator Barbara J. King challenges a skeptic who insists that it's folly to claim that dogs think, and interviews a dog expert who offers a balanced view of the matter. 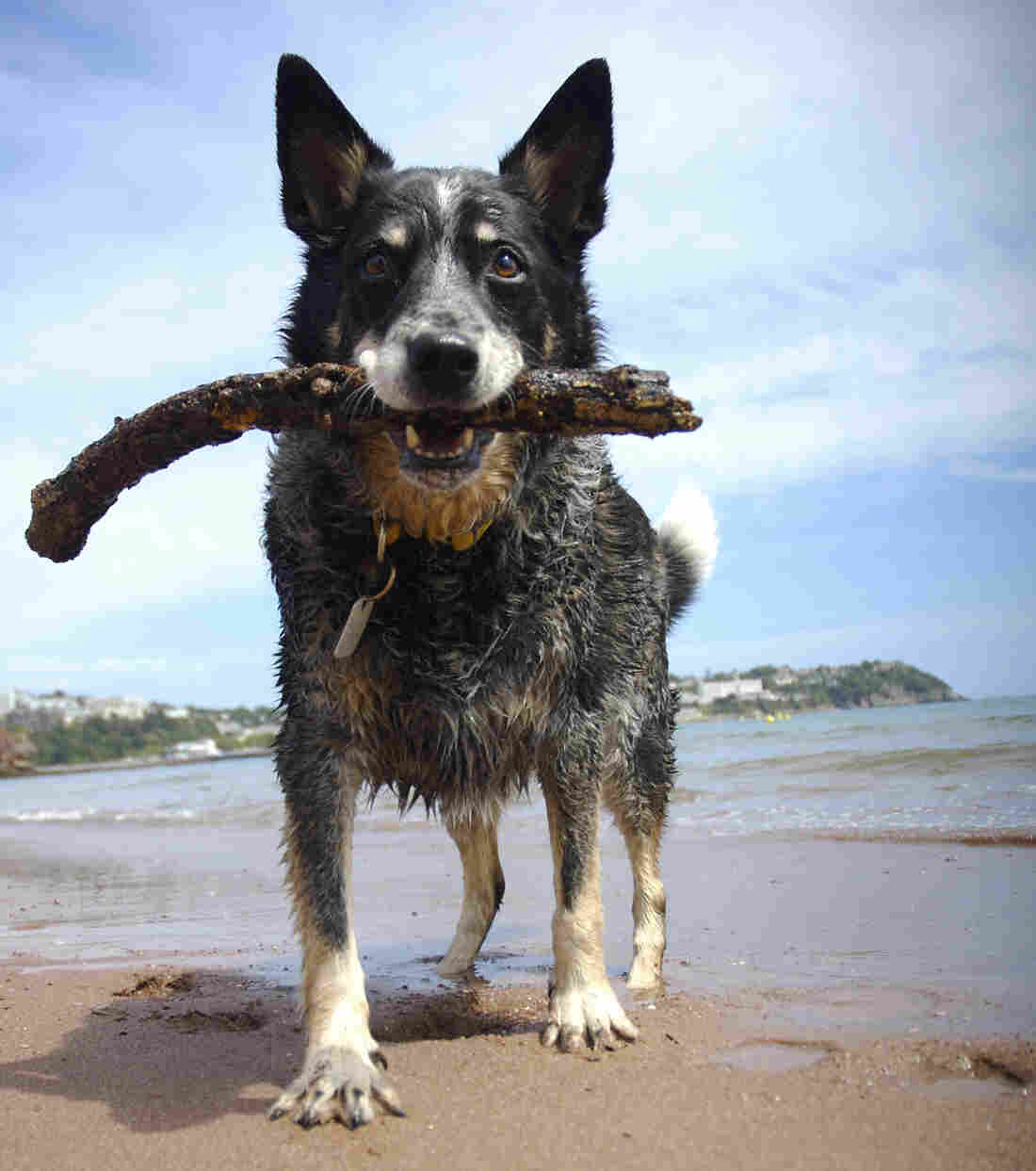 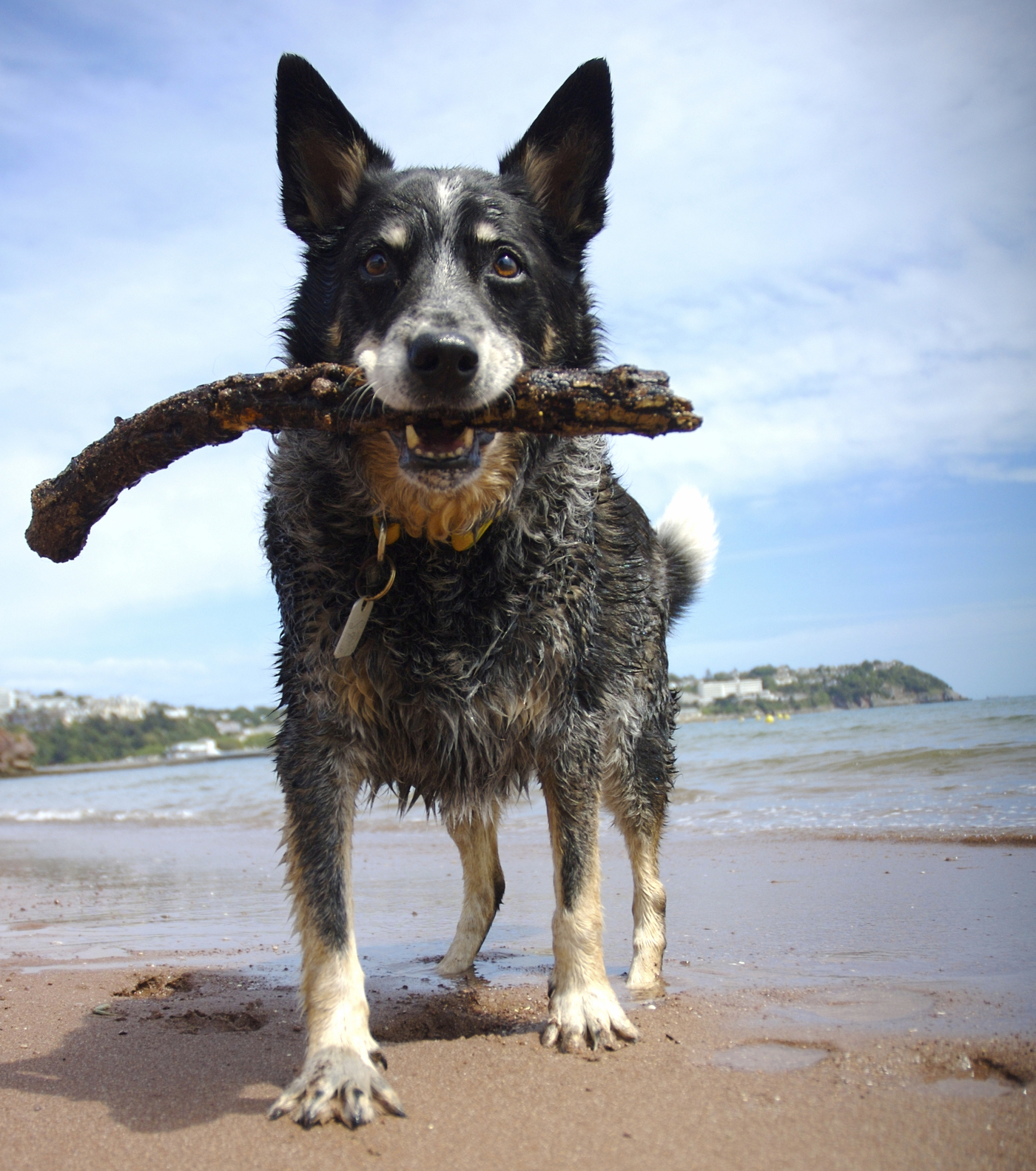 I post regularly here at 13.7 about animal cognition, crediting a variety of animals — including some of our daily companions — with the ability to think. So I'd forgive anyone for wondering if my headline today is of the straw-man (or straw-dog) category.

Do dogs think? Of course they do!

Doing a radio interview recently, though, I was reminded that some dog owners are still convinced that dogs don't think, but instead act on instinct and live tethered to the present, in a moment-to-moment way.

That's what my debate partner, Globe and Mail columnist Sarah Hampson, declared when we participated in an episode of the CBC radio program Tooth and Claw. Our primary task was to engage with one question: Do we love some animals too much? Hampson took the "yes" side and I the "no" position.

Along the way, as we delved into animal thinking and emotion, Hampson said this (though it was cut from the segment that aired):

I would take issue with Barbara's point that [dogs] are thinking animals. This is where I sort of agree with Cesar Millan [the Dog Whisperer]. He actually talks about how they are an instinctual animal and what we love about them is their instinctual way of being. In other words they react to things that are right in front of them. And I think we all love that about animals. But I find it worrisome when we start saying that they are "thinking." I just think that they are "being" and that is partly what we love about them. That they don't think as much as we do.

Have a look at this dog. At first the dog, in swinging from the tree branch, might seem only to be playing, while cheered on by humans. Watch to the end, though, and you'll see this animal had a goal firmly in mind all along.

Next, see this clip of a dog escaping an enclosure. Isn't this dog thinking?

Each dog planned ahead to solve a problem, step-by-step. (Skeptics, I know, will seek simpler explanations that relate to conditioning rather than thinking. But the dogs' persistence doesn't support that view.)

There are some good reasons to put the brakes on truly runaway claims of dog thinking, though. Dogs may not think in every single situation (and who among us does?). On this point, I consulted Christy Hoffman, assistant professor of animal behavior, ecology and conservation at Canisius College. A former student of mine at the College of William and Mary, Hoffman sounded this note of caution:

We sometimes give dogs too much credit for thinking through their actions, and this can harm the human-dog relationship. For example, if you assume your dog premeditated his attack on your sofa cushions because you skipped his morning walk, you may be tempted to scold him more harshly than you would if you realize he may have shredded the cushions out of boredom and does not know associate the punishment with disemboweling the couch three hours prior. Clever experiments conducted by Alexandra Horowitz, Julie Hecht and others have indicated the dog's "guilty look" does not mean the dog necessarily has a sense of guilt.

Hoffman notes that dogs' sensory worlds differ significantly from ours — dogs rely more on their nose and ears than on the eyes as we primates do — and this can make it hard for us to assess their thinking.

Hoffman definitely doesn't deny thinking to dogs. Some dogs, she says, clearly show us what's on their minds:

One thing we do know from dogs like Rico and Chaser, however, is that at least some dogs are capable of learning to identify 1000+ objects by name and can even categorize objects (e.g., a tennis ball and a golf ball are both categorized as balls). When presented with a word they had never heard, these dogs would select out of a pile of objects the one that had not yet been assigned a name. That's a pretty neat example of dogs' problem solving abilities.

Do dogs think? Of course they do.