Accessibility links
Keeping Score: How To Understand Baseball : 13.7: Cosmos And Culture Why keep a score card at a baseball game? Because baseball, like life, doesn't come with its own interpretation. It is up to each of us to make sense. Whether you like baseball or not, commentator Alva Noë thinks we have something to learn from the practice of keeping score. 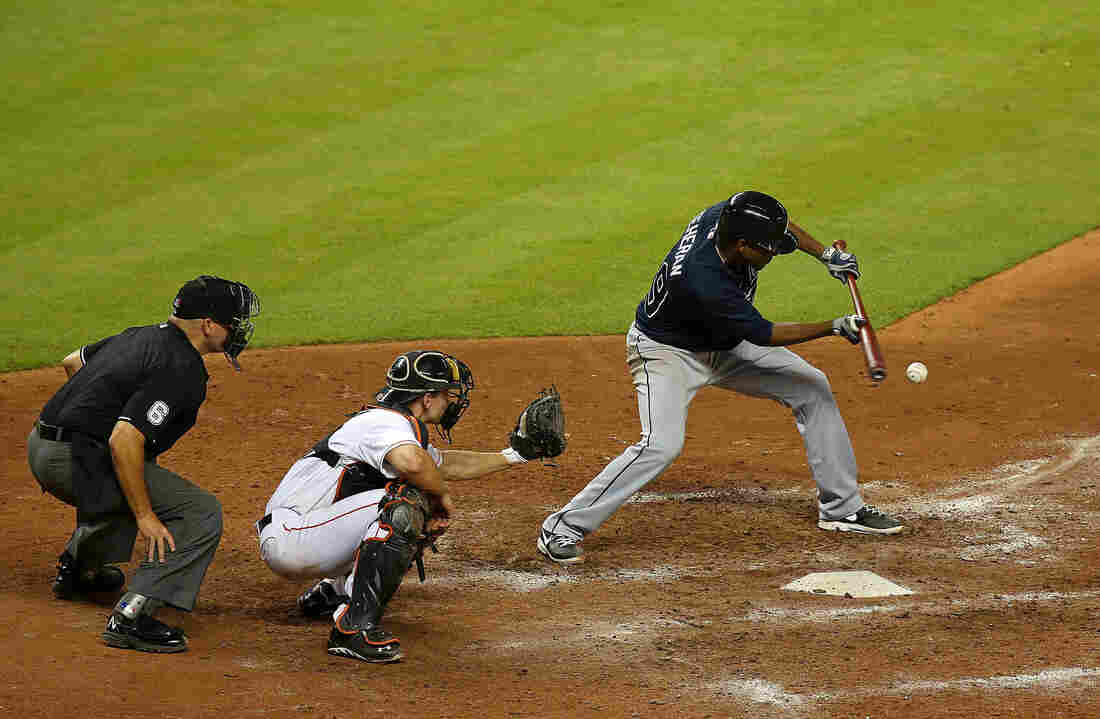 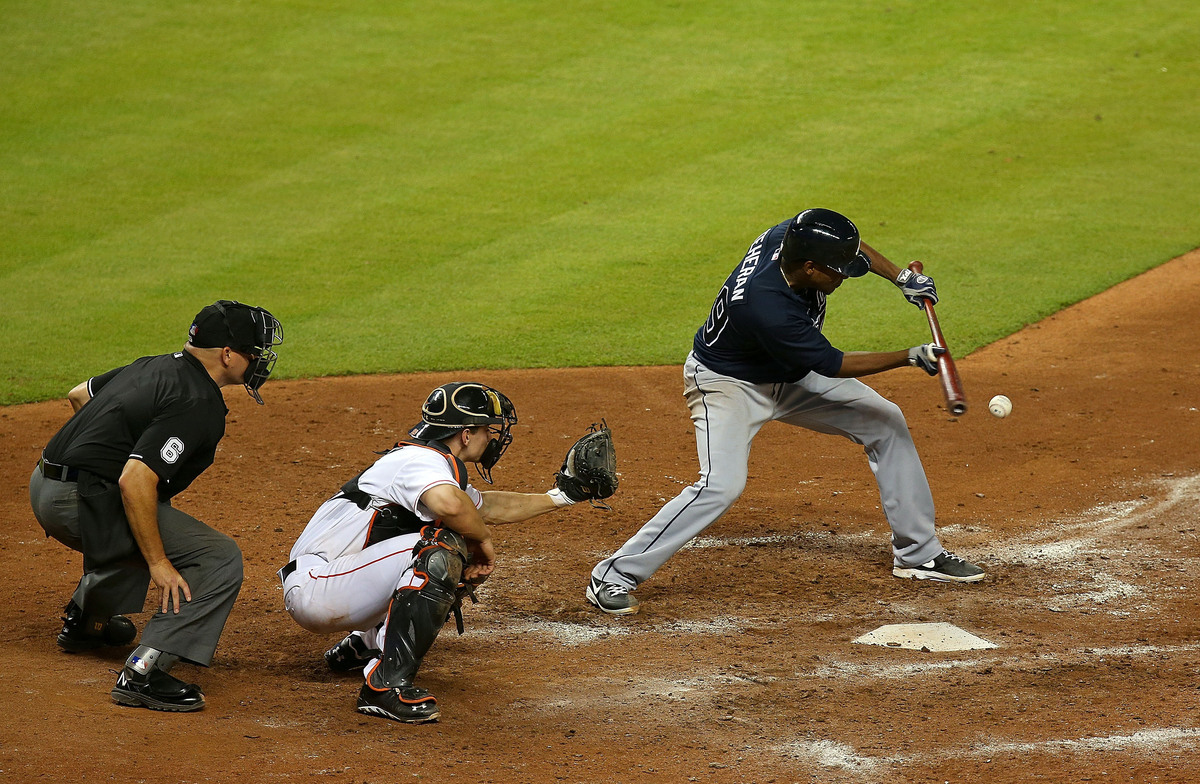 In Thursday's New York Times there's an article on keeping a score card by hand at baseball games. Who does it anymore? Fewer and fewer people, according to the article. Why bother when you can enjoy a live play-by-play on your handheld device? And if you insist on keeping score yourself, there are apps you can download that make it much easier than doing it by hand.

Maybe the biggest reason so few people keep score these days — or even stay put in their seats watching the game for more than a few innings at a time — is that a day at the ballpark isn't just about baseball anymore (if it ever was). Games and videos on the scoreboard, music, high-priced fancy food and drink, shops and playgrounds. And then, of course, so many of us have complete multi-purpose entertainment systems in our pockets. All these compete with the baseball for your attention.

But you do still see a few old codgers — and the occasional young one, like my son — sitting there with a score sheet spread out on his or her lap, carefully writing down the plays. The real old timers may be be listening to the game on the radio (although these days, more likely than not, live-streamed over the internet).

Why? Why keep score?

The answer, I believe, goes way beyond baseball. Score keeping is a conceptually fascinating practice that has much to teach us.

One person interviewed in the Times article said he had no interest in the "hard work" of keeping score. "Too much to write down. I have live ESPN gamecast. It keeps me updated."

This brings us to the heart of the matter. This guy got it all wrong. Score keeping is hard work. But we don't keep score to keep track, or to keep updated.

Notice that you can't write everything down. Do you score every pitch? Even the foul balls? Do you note down where the fielders are positioned at each moment in the game? Do you keep track of the amount of time between pitches?

(What you decide to keep track of will depend on your interests. The pitching coach — or the pitcher's mom — will carefully score each pitch.)

But there is a second point that deserves our attention. The score keeper doesn't stand apart from the game, merely describing it. The game consists of what the players are doing. But it is the score keeper who decides, literally, what the players are doing. For example, the score keeper asks: Should the third-baseman have fielded that grounder? If so, then he just committed an error. For the rest of us, this can have the consequence that the pitcher's no hitter is intact. The activity of keeping score is internal to the game itself.

Yes. But at the same time let us note that the official score keeper's authority is purely conventional. He has no special powers and no privileged access to the events on the field. And surely we can allow that it is possible for him to be mistaken.

This means that we can't let ourselves off the hook. There is no official telling of the French Revolution or the Iraq War; how could there be? Each of us has the right, but also, in some sense, the obligation, to make sense of events as we know them. And so, I think, with baseball. Neither the folks at ESPN, nor the official scorer, have the authority to decide history for you and me. In baseball, as in life, each of us has to keep his or her own scorecard. If we want to know what's going on, that is.

Which brings us to a final, crucial point.

Keeping score, in baseball, or in life, is a knowledge-making activity. It is, we might say, a form of research. We can get by just fine reading-along on ESPN gamecast, or taking the evening newscast at face value. For most of us, most of the time, that's the best we can manage. But there is another option: we can keep score, that is, we can write the events that matter to us; we can make knowledge and history.

How you keep score — using an app, or writing it out by hand — strikes me as entirely irrelevant. But that we keep score, or that, at the very least, we recognize that the score needs keeping — that we can't, however much we might like, abdicate our authority to make sense of what is going on — is crucial.

It would indeed be a dark consequence of life in the digital age if we forgot that keeping score is more than keeping track and that each of us has the power to keep score.