Accessibility links
Reading Science: A Story Of Consensus And Community : 13.7: Cosmos And Culture Science and literature may seem like two very different things. But the literature of science is, in fact, the very underpinning of almost everything we know. Adam Frank says now is the time to start thinking about how to make the foundations of science more accessible to the people who rely on its findings: you.

Reading Science: A Story Of Consensus And Community

Reading Science: A Story Of Consensus And Community 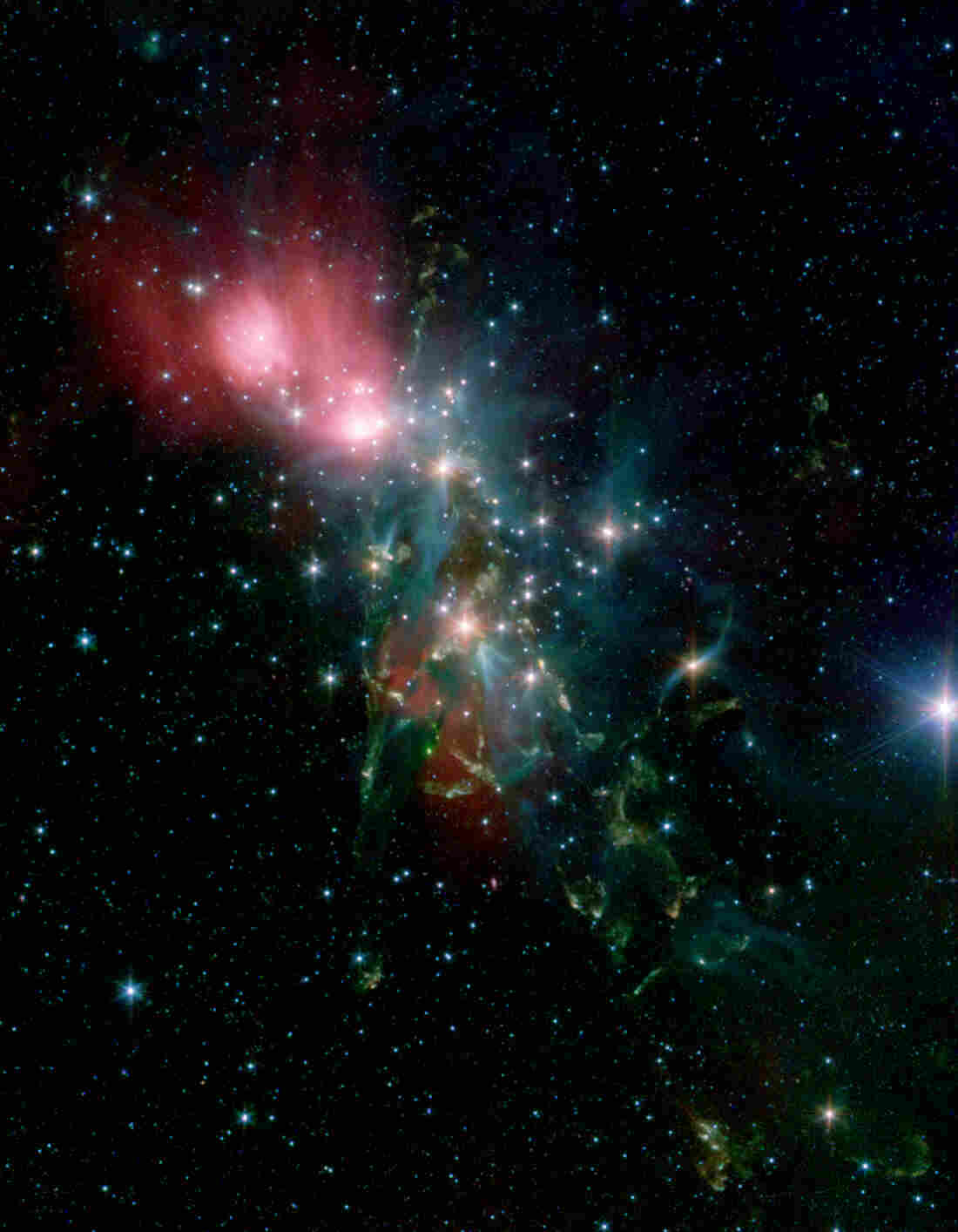 Located 1,000 light-years from Earth in the constellation Perseus, a reflection nebula called NGC 1333 epitomizes the beautiful chaos of a dense group of stars being born. Most of the visible light from the young stars in this region is obscured by the dense, dusty cloud in which they formed. Spitzer Space Telescope/NASA/JPL-Caltech/R. A. Gutermuth hide caption 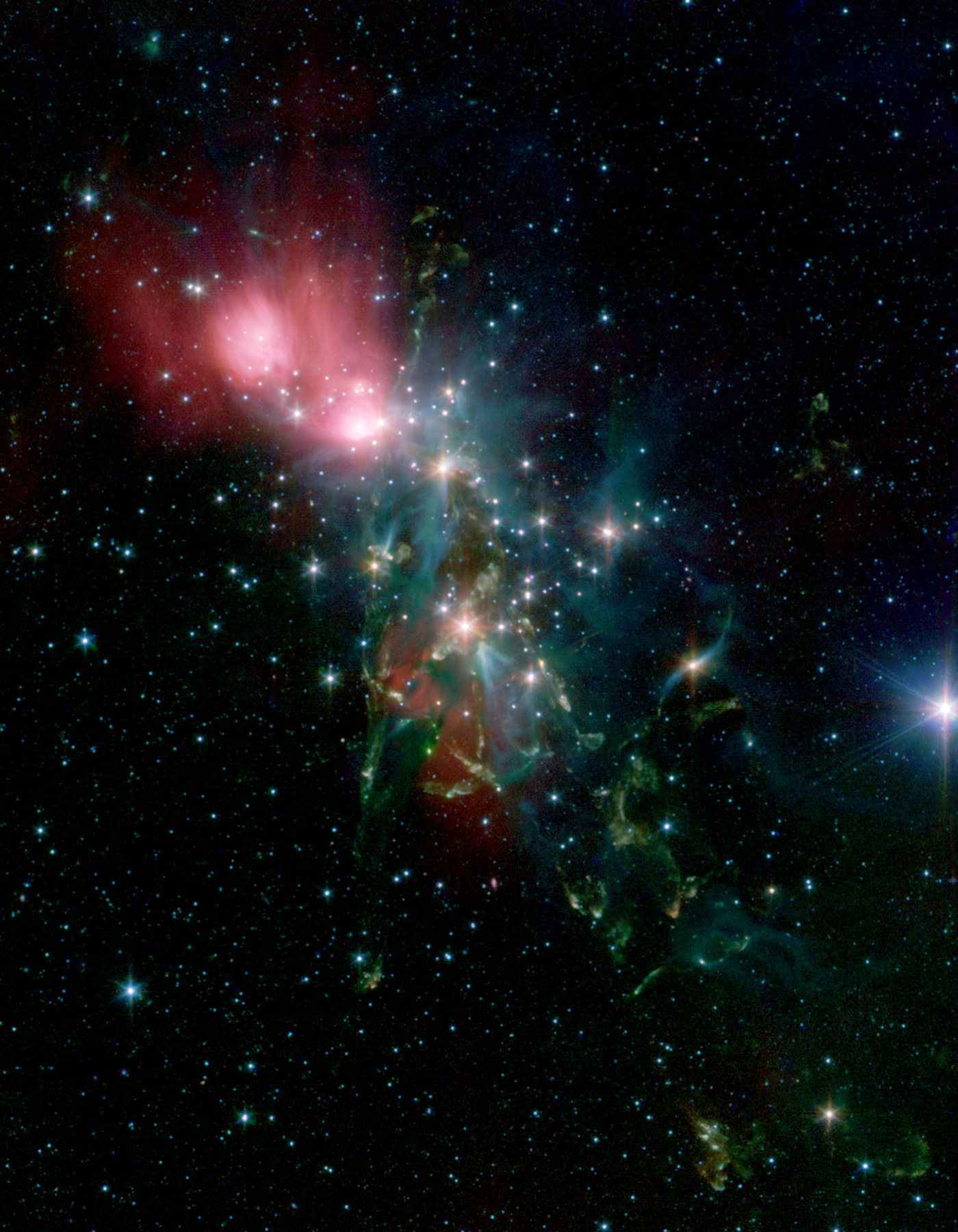 Located 1,000 light-years from Earth in the constellation Perseus, a reflection nebula called NGC 1333 epitomizes the beautiful chaos of a dense group of stars being born. Most of the visible light from the young stars in this region is obscured by the dense, dusty cloud in which they formed.

How does science make progress? How do scientists know what they claim to know? What does it mean when scientists say they have come to a consensus?

These questions are far more than academic. We live in a world where issues of science and technology dominate headlines and policy. In that way, science and its claims effect the very real world choices we all face in domains as varied as climate change, genetically modified foods and the uses of Big Data.

These questions are weighing heavily on my own mind this week as I attend the Protostars & Planets VI conference in Heidelberg, Germany. I am here with 850 other astronomers trying to summarize our understanding of solar system origins. This collective act of summarization means confronting the most important resource in all science: the literature. It's the literature that defines who we are as a community and what we think we think our community knows.

This conference only happens once every six or seven years. All the talks are reviews, meaning they don't report new research but present an overview of an entire sub-field. Each review will then become a chapter in a book which serves as a kind of roadmap for the field.

Along with 12 friends and colleagues, I am writing the chapter on Protostellar Outflows. These are beautiful jets of hypersonic plasma that blast away from newborn stars at 200 kilometers per second and tear across light years of space.

Writing a review talk means reading lots and lots of papers — that's what is meant by the literature. Some papers are about data from observations made with the world's most advanced telescopes. Other papers are about theory derived from calculations and supercomputer simulations designed to lay bare the underlying physics of turning an interstellar cloud into a star system (hint: it's all about gravity).

Each of these papers has been published in a peer-reviewed journal: The Monthly Notices of the Royal Astrophysical Society; Astronomy and Astrophysics; The Astrophysical Journal; The Astronomical Journal. Each paper represents a short story with a beginning (a question); a middle (the method used to approach the question) and an end (the conclusions of that method). Some of the papers contradict each other and some reach similar conclusions. The point of the review is to separate which questions seem to be yielding to consistent answers and which still live in the fog of uncertainty.

If your track the Protostar and Planet series of books over the decades (the first conference was held in 1978) you can see the progression of questions answered. At first folks didn't understand the mechanisms by which a single small cloud would collapse under its own gravity to make a star. Now many of those mechanisms are understood. Current versions of star formation theory do a remarkable job explaining star formation observations. So we move on. These days much of the focus has turned to understanding how stars form together in families called clusters.

Thus many of the questions from 20 years ago have been answered. While there is always the possibility of a surprise, the basic narrative of single-star formation seems pretty well established. A vast, slowly rotating, cloud collapses under its own weight. As it shrinks, it spins ever faster until a new sun with a surrounding disk of gas forms. Over time, a family of young planets takes shape within the disk.

In that sense, a consensus has been reached by the thousands of scientists working across the globe and across the decades on the problem of star and planet formation. The record of that consensus — its development and its establishment — can be found in the literature for all to see. It's not about a single paper published in yesterday's journal. It's about thousands of papers produced through painstaking work over many years.

The literature is the story of consensus (or the lack of it).

And that is what makes the faux debate over something like climate change so painful for scientists to watch. All the years of hard work and sweat are right there in print — right there in the literature — and yet somehow the message gets distorted for reasons that have nothing to do with the effort to understand the world. It's like living in a world of funhouse mirrors.

A recent analysis of papers in the climate science literature showed that 97 percent of all published studies reached conclusions affirming anthropocentric climate change. Ninety-seven is a whole lot of percent. It's as good as you are going to get in terms of a group of scientists "knowing" something. In spite of this fact, you still can't mention climate change in some places without being looked at like an alien.

It's time to get real about this process called science. It shapes so much of our lives. It's time to look to the literature. The question is how to make this work. How do folks without scientific training (or time) penetrate the literature?

I certainly can't follow the genetics literature (to name just one field). Perhaps what is needed is an army of journalists who can become meta-scientists, allowing them to straddle the literature (this is what the best science-journalists already have to do). Perhaps that is what is necessary now. But there must be other ideas. What are yours?