Accessibility links
Genetically Modified Organisms: To Eat Or Not To Eat? : 13.7: Cosmos And Culture Genetically modified crops are here to stay. How should we react? Commentator Marcelo Gleiser says it's time for scientists to take a larger role in the debate, bringing what we know out into the light and asking the important questions that are yet to be answered.

Genetically Modified Organisms: To Eat Or Not To Eat?

Genetically Modified Organisms: To Eat Or Not To Eat? 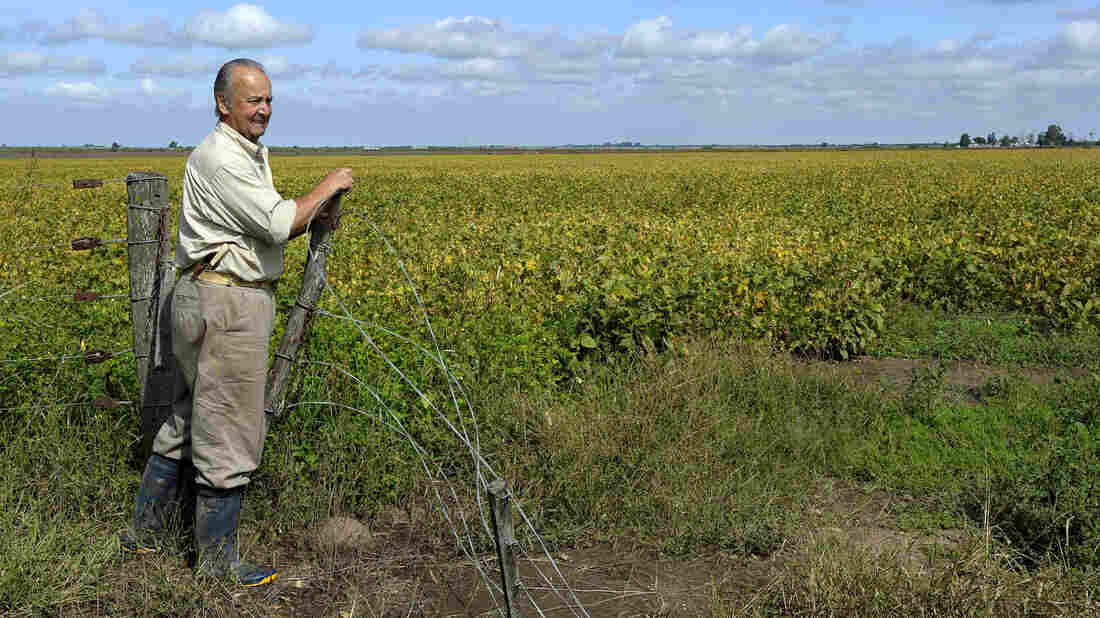 An Argentine farmer stands by his field of trangenic soy, designed for resistance to drought and salinity. Juan Mabromata/AFP/Getty Images hide caption 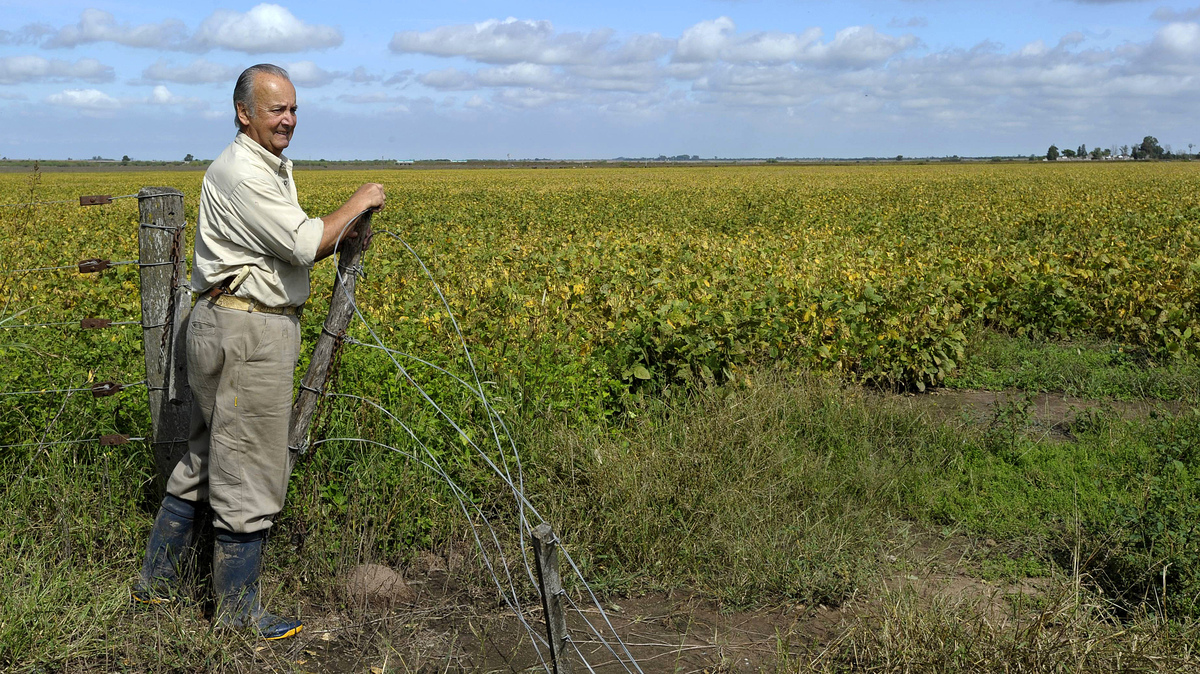 An Argentine farmer stands by his field of trangenic soy, designed for resistance to drought and salinity.

Rarely is the relationship between science and everyone so direct as it is in the case of genetically modified organisms (GMOs), in particular foods. It is one thing to turn on your plasma TV or talk on your iPhone; it is an entirely different proposition to knowingly ingest something that has been modified in the lab.

It is no coincidence that reactions for and against GMOs are often radical and polarized. We see purists who want to ban any kind of GMO, claiming ill effects for health and environment. We also see the defenders of GMOs claiming benefits for health and the environment, as well as solutions to global hunger and malnutrition.

Behind the debate lurks the giant shadow of Monsanto, the world's largest producer of GM crops and controller of a large fraction of the seeds available to farmers.

Few debates are as important. We see here echoes of what happens with global warming and vaccines, where the rational and irrational get mixed up into a single, confusing soup of argument. We see a huge popular distrust of the alliance between science and giant corporations, of scientists that have "sold out." They are sometimes even compared to those working for the tobacco industry, fairly or not.

Hundreds of scientific studies have been performed over recent decades to determine the impact of GM crops on plantations and human and animal health. A list with over 600 articles can be found at the site of Biology Fortified, an independent, nonprofit organization. In June, the UK environmental secretary Owen Patterson offered his strong support for GM crops:

There are some that describe GM crops as "Frankenfoods", deliberately termed to imply that they pose a risk to human health and the environment. ... First, there was no scientific evidence associating GMOs with higher risks for the environment or for food and feed safety than conventional plants and organisms. Second, the use of more precise technology and the greater regulatory scrutiny probably makes GMOs even safer than conventional plants and food.

One week before Paterson's speech, protesters in Oregon damaged crops of GM beets owed by the Swiss company Syngenta. The beets were genetically modified to resist the herbicide Glyphosate, an ingredient found in Monsanto's Roundup. There is a lot of debate on whether Roundup is as bad for people as it is for weeds. Here is a view against the use of Roundup, and here is a measured view in its favor.

What are the facts? Monsanto and the other big ag-biotech companies have developed reliable, biologically insect-resistant and herbicide-tolerant commodity crops that benefit people, farmers and the environment, and are nutritionally identical to their non-GM counterparts. ... There's a mismatch between mythology and reality.

What is one to do? The science seems to be pointing toward the safety of GM crops, at least as foods. It's good to remember that "the adoption rates for GM soya stand at 88 per cent in Brazil, 93 per cent in the U.S. and 100 per cent in Argentina," as Paterson remarked in his June speech. So, odds are you have been ingesting GM crops for a while now.

On the other hand, herbicides are still very much around and we are ingesting them as well. To complicate things, the environmental impact of GM crops is quite complex given the many factors that come into play: as you change the genetic make up of a given crop, the animals that eat it may react in negative ways. A potential ecological snowball effect may ensue. Since rogue seeds are clearly an issue (e.g., wheat is pollinated by wind) the newcomers will spread around, sometimes to farmers that didn't really want them. Following mounting evidence that Bt cotton is behind a number of farmer suicides, the India Supreme Court has recommended a 10-year moratorium on all field trials of GM foods.

So, the issues are complex. They are likely to become even more so in the coming years. At stake is the perennial debate of science as a healer of human suffering versus science as a force manipulated by evil interest groups.

In the interest of consumers, it is perhaps time for the National Academy of Sciences to make public (or at least louder and more accessible) its opinion on the matter. For example, the 2004 book-length study on the issue, Safety of Genetically Engineered Foods, is largely unknown or rarely cited. Another wide-ranging reference can be found here, from where I quote:

To date more than 98 million acres (39 hectares) of genetically modified crops have been grown worldwide. No evidence of human health problems associated specifically with the ingestion of these crops or resulting food products have been identified, but concerns have been raised about the potential for transgenic food products to cause allergic reactions or produce toxic compounds. In addition, concrete information on the effects of transgenic plants on the environment and on biological diversity is still sparse.

To be sure, this is science in the making, with the good and the bad of it. It is the mixing of new ideas from highly creative people with powerful economic forces and human need.

The best that can be done is to raise awareness and to encourage scientists to get out of their labs and tell the public what it is that they are finding out.