Accessibility links
Gigging The Edible Frog: An Inhumane Tradition : 13.7: Cosmos And Culture Continuing her occasional exploration into matters of animals and human society, Barbara J. King takes a look at last week's NPR story on frog-gigging. She stands against cruelty to animals, even in the context of an accepted cultural tradition. 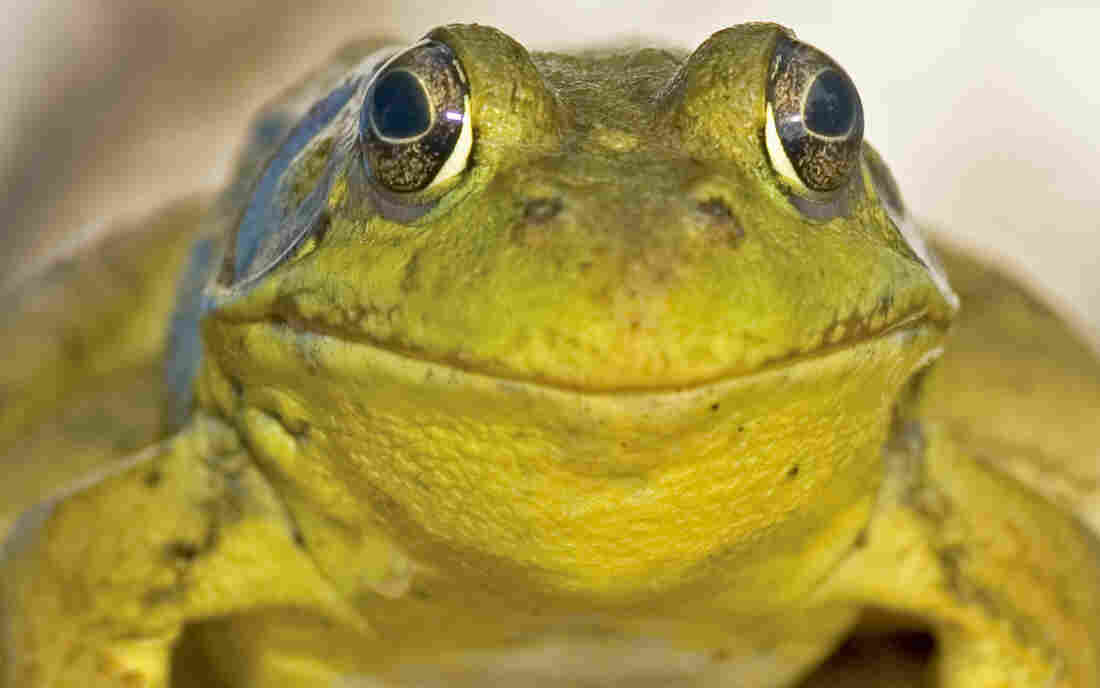 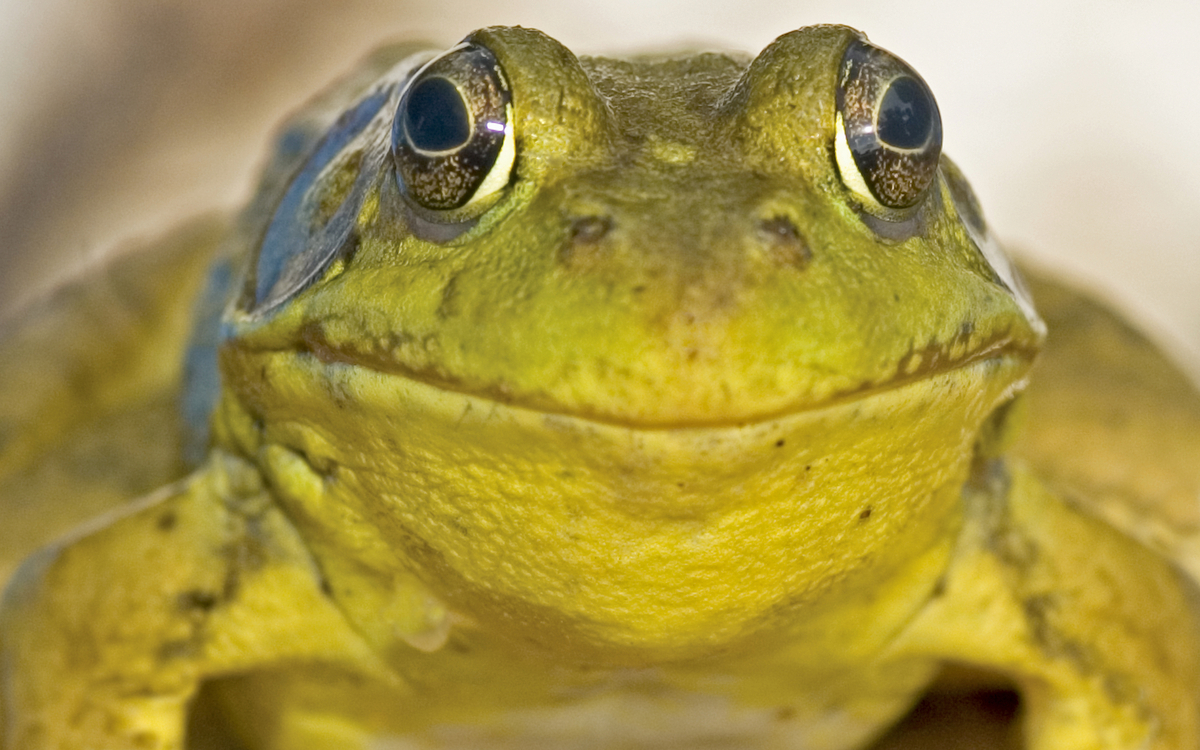 Late last Friday afternoon, just about to relax into the weekend, I checked NPR.org to see what was new and ran smack into a story about a cruel tradition here in the American South: frog gigging.

"The Old Gig: Catching Frogs On Warm Summer Nights" by Blake Farmer disturbed me. It describes two men in a canoe who scour a pond in Tennessee for bullfrogs. One of the men "wields a 2-foot bamboo cane with four barbed tines on the end — his homemade frog gig."

What happens next is the cruel part, and yes, it is a tradition in parts of the country:

With the target in his sights, Peebles swings the boat toward the bank. And Boyte gets his gig about 6 inches from the dazed frog before it's "lights out."

When the gig pierces the water and spikes the frog, it doesn't die right away. Not until it's time to clean it for cooking. The legs are the only part worth eating.

Frog-gigging is a form of hunting. Earlier this year I wrote that the often acrimonious split between hunters and people like me who side with animals (including, but not limited to, vegetarians and vegans) is often based on simplistic assumptions by both sides. As I said then:

Many American sport hunters, I have learned, think hard about which individual animals to kill and which to spare. They do their best to make sure that hunted animals do not suffer pain. And they are outraged by "penned hunts" where animals have no chance, and hunts where game is killed merely for sport and is not eaten.

By these criteria, then, frog-gigging should cause outrage: only a little of the meat is eaten and the animals surely suffer. Recently, scientists S.A. Guenette, M.C. Giroux and P. Vachon concluded that:

It was long believed that the experience of pain was limited to "higher" phylums of the animal kingdom. However, it is now commonly accepted that amphibians possess neuro-anatomical pathways conductive of a complete nociceptive experience.

In plain language, this means that frogs are capable of a complete pain experience.

Where does this leave us, then? Yes, humans (well, some humans) eat frogs. Frog, a volume by Charlotte Sleigh published last year in the terrific Reaktion Book Animal Series, notes "the edible frog's strange dual status as a dish that is both desired and reviled" around the world, depending on local cultural norms, which includes the eating of frog legs in contexts other than frog-gigging.

My focus remains on the suffering and pain for the frogs, animals already beleaguered enough.

Amphibians, so vital to the world's ecosystems, are going extinct faster than any other group of organism. Although not every frog species is endangered; even for those that are not, I hope for a cultural tradition that values frogs not for the "sport" of frog-gigging but as sentient creatures who deserve freedom from cruelty.