Accessibility links
Theo Jansen's Strandbeest And Life : 13.7: Cosmos And Culture Theo Jansen's art raises questions about the nature of life and life's limits. His creations walk along with the wind and navigate the shores of the sea. They are made of PVC piping. No one could seriously think these beach beasts are alive. Right?

Beach Beasts On The Move

Beach Beasts On The Move 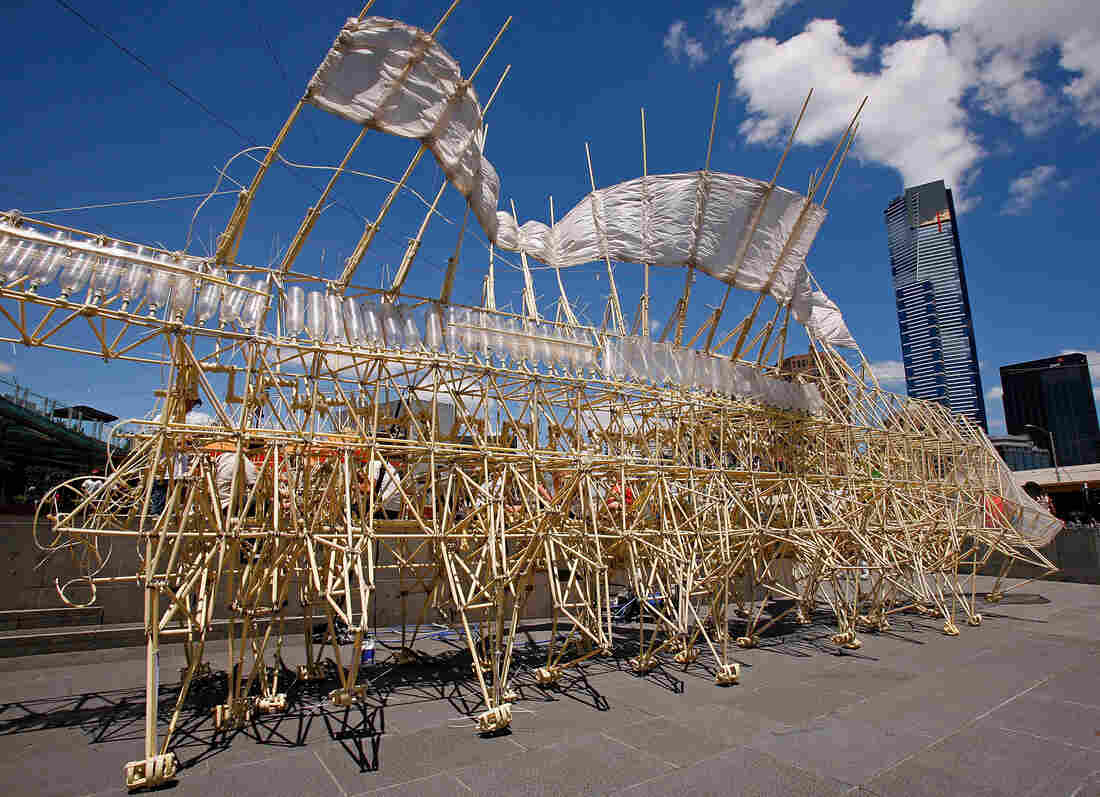 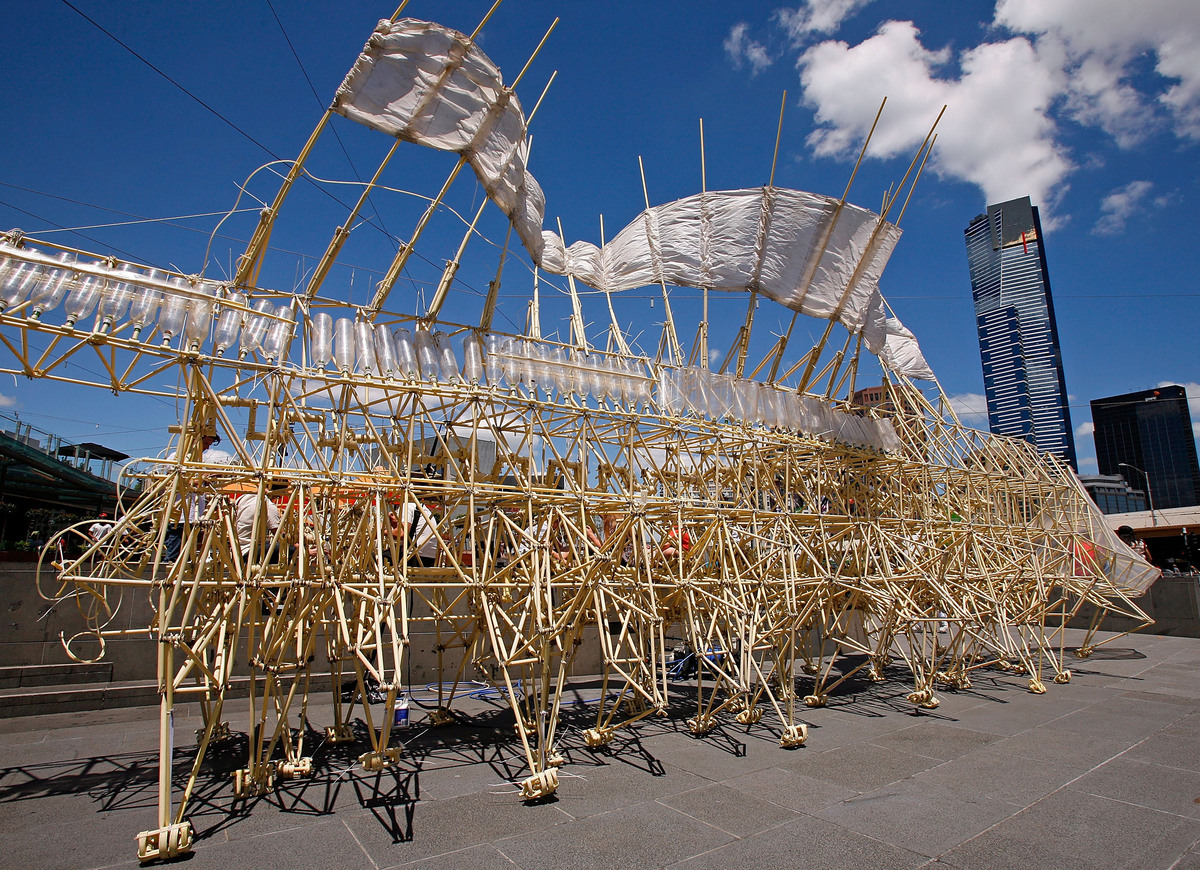 The Strandbeest pays a visit to Melbourne, Australia, in 2012.

Theo Jansen, the artist, writes on his website that he is occupied with creating new forms of life:

Not pollen or seeds but plastic yellow tubes are used as the basic material of this new nature. I make skeletons that are able to walk on the wind, so they don't have to eat. ... eventually I want to put these animals out in herds on the beaches, so they will live their own lives.

PVC based life? Somehow the idea seems less crazy when you actually see his creations at work. Watch this video:

Of course it is one thing to make something that resembles the action or behavior of living beings. It's actually not that hard to do that. It seems to belong to our nature to see personality and life all around us, even in rag dolls and smiley faces. But it is another thing entirely to create something that is truly alive.

Looking at Jansen's handiwork reminded me of Karl Sims' marvelous digital simulations of natural evolution from back in the mid-1990s. Take a look at this video:

The question we are confronted with is: what is life? When would it be right to say that Jansen's or Sims' creatures are alive?

Jansen's intuition is that life is tied to problem-solving, to coping with basic tasks necessary for living. In the case of the beach beasts, this means letting the winds carry you along without being destroyed by their forces, navigating the shore without getting sucked into the water. Every change Jansen introduces to their design and function is a direct response to these real survival challenges. The result of this evolutionary process is, or would finally be, autonomy.

Jansen's beach animals have a loving creator. He tinkers, shepherds and improves them. Not so Sims' block creatures, whose development is managed by computer programming (genetic algorithms). Of course, one might just as well say that Sims' creatures are governed by Sims, who wrote the program. A more interesting reversal would be to appreciate that Jansen himself could be replaced by an algorithm.

Is it right that life is tied in this way to autonomy and problem-solving, to self-sustaining activity? Are living beings just machines that, within limits, can keep themselves up and running? Is the difference between Jansen's strandbeests as they exist today and their descendants that might someday patrol the coasts of Holland just a matter of degree? Or is life qualitatively different?