Accessibility links
Stars Define Our Place In The Universe : 13.7: Cosmos And Culture Gravity has long worked to keep us from understanding our place in the universe. You, however, can do something about that. Go find a dark, comfortable field and lie down. Soon your perspective on the stars, and our place among them, will shift, altering your view of the universe forever. 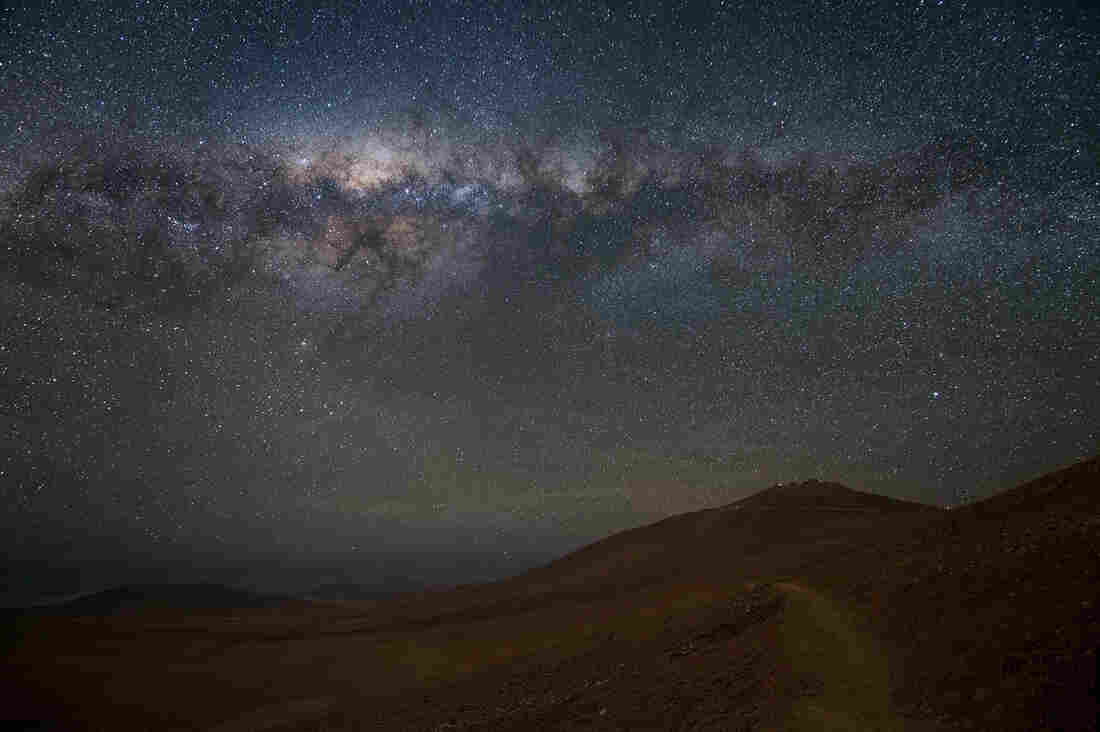 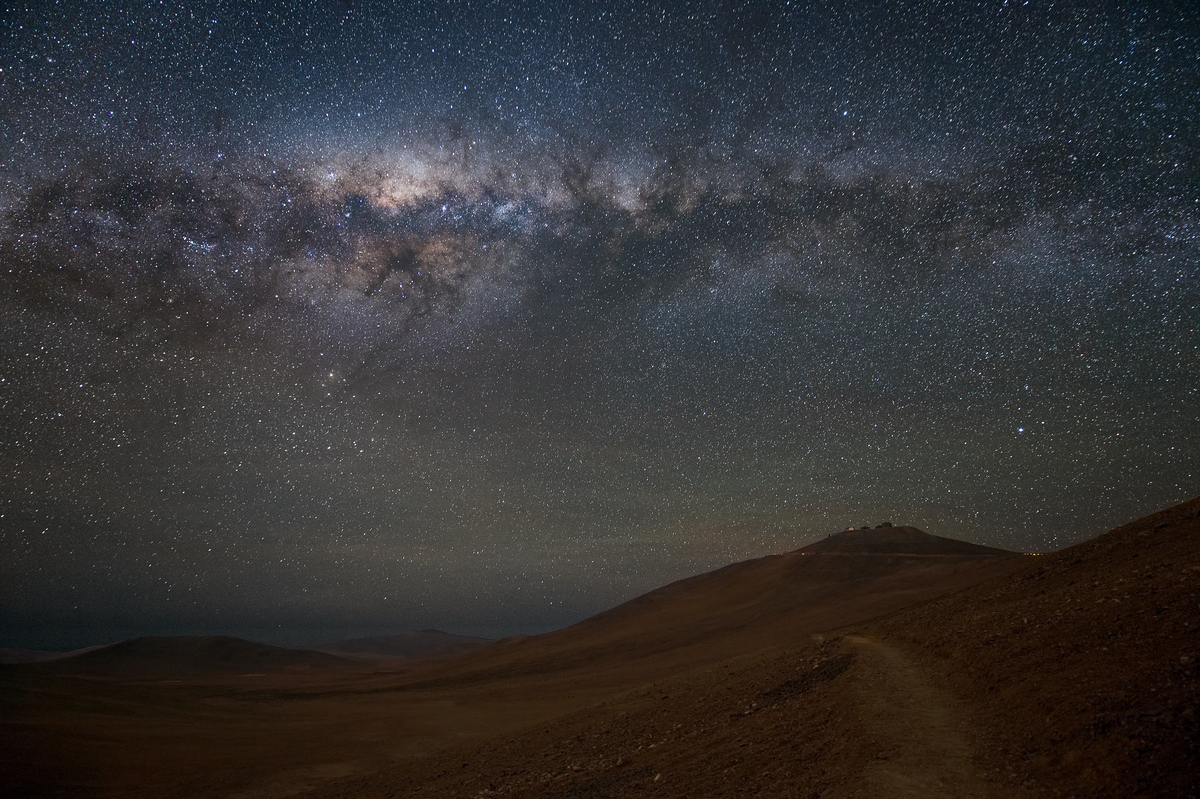 The Milky Way dominates the sky over Chile's Atacama Desert, home to the European Southern Observatory.

It's your neck that's the problem. Your neck is lying to you.

All your life you've had to look up at the stars. You walk along on a summer's evening and they're always there, those stars, those bright mysterious points of light, waiting for you to notice, waiting for you to understand what they are saying about time and space and your own place in it all.

But to see them you have to crane your neck. You have tilt back that big stone of a head to look up. Lets face it, that's uncomfortable. And more to the point you can't really sustain that head-craned-back position for anything more than a few minutes. That's why the only way to really understand the real truth of the stars is to lie down.

First you'll need to find a nice place, somewhere with the darkest skies possible. It's got to be a good place to lie down too, someplace comfortable. A wide-open field is best. Then, once you have settled down in your dark, quiet spot take a long deep breath and face out.

That's right, outwards, not up!

You see "up" is just an illusion. You're living on the surface of massive rock that's been pulling you down with its incessant gravity since the day you were born. It's fooled you into thinking the stars are "up" there, "up" in the sky, high above you. They're not.

Now that you are lying down, you can get to work. Imagine for a moment flattening the Earth into a thick wall. Imagine that this wall is not something below you but ... behind you. You aren't lying down anymore; you simply have your back pressed against something. And now what do you see in front of you?

What do you see if you look toward your feet?

And if you look to your right or your left or toward the direction the crown of your head is pointed, what's there?

Finally, we come to the real kicker. That wall your back is pressed up against, what's behind it?

There, now you have it. Now you can feel the real truth, like vertigo, as you fall into the starry multitude. These stars aren't twinkling lights above your head, they are all suns; vast spheres of thermonuclear burning gas. And, as we have just recently come understand, almost all of those suns support their own families of planets. All those stars, all those other worlds — they're everywhere. Now you can finally feel that you are there too, right in their midst.

Time now for the second big gestalt shift, the next change in perspective.

With your eyes aimed forward, focus on just one star. The sun (and its likely planets) that you are staring down lies more than 24 trillion miles away from you (a light year is about six trillion miles and the nearest star is more than four light years away). Now shift your focus and pick out another star, one that is close to the first. They look like neighbors. But that is just another deception. Your second star may be 10, 100 or 1,000 times farther away (or closer) than its neighbor.

All those stars, all of their planets, they aren't pressed onto the surface of a dark upturned bowl; they're arrayed in the three dimensions of cosmic space, like fireflies scattered across a summer field.

There is no up or down and you are not a resident of some city, some state or even some nation. You are not a Democrat or a Republican, a dockworker or a doctor. Right now, right at this very moment, you are a free agent hurtling through the midst of a vast city of stars, an all-encompassing architecture of suns.

So remember, always face outward into the surrounding sky. Because that is your true home.