Accessibility links
Enough Already With This 'Theory Of Everything' : 13.7: Cosmos And Culture Boiling the Universe down to its essence is an age-old dream. But does the notion that we can sum up everything in a single, hopefully elegant, theory make sense? Physicist Marcelo Gleiser doesn't think so, saying that the very idea of a final theory clashes with the essential premise of science.

Enough Already With This 'Theory Of Everything'

Enough Already With This 'Theory Of Everything' 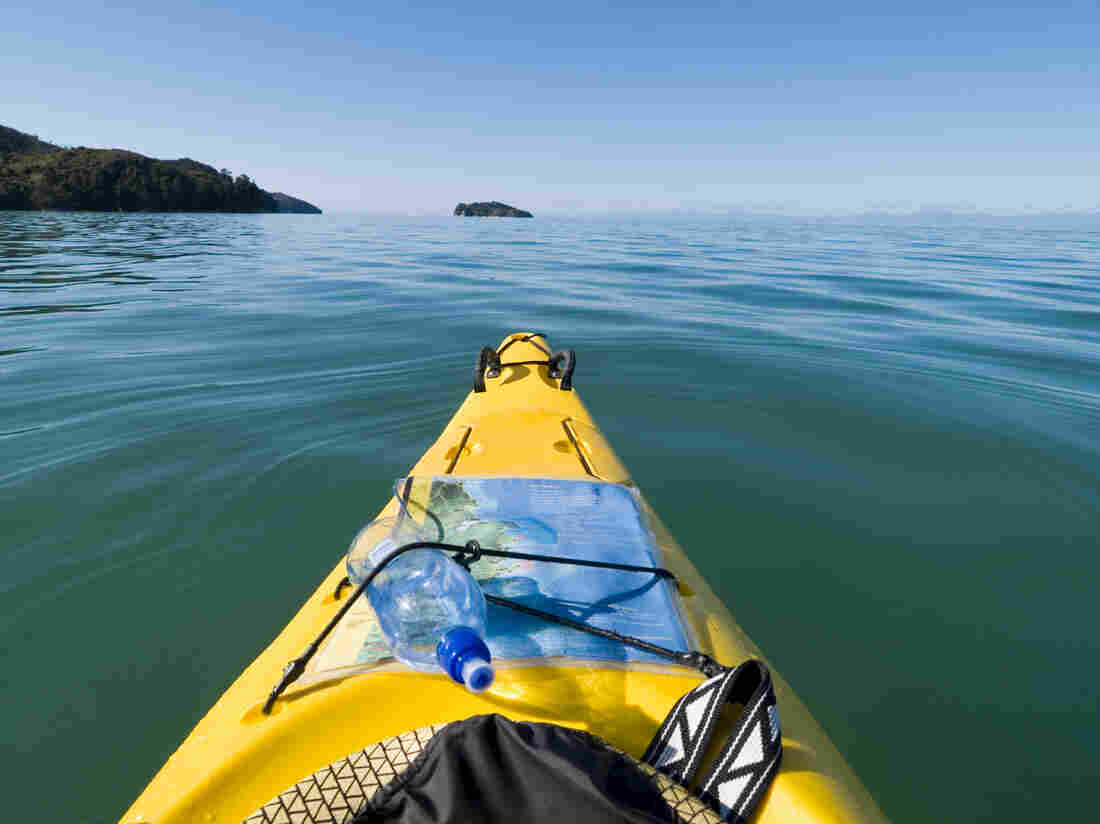 Physicists searching for a "Theory Of Everything" are like kayakers paddling against the current, in search of the water's source. iStockphoto.com hide caption 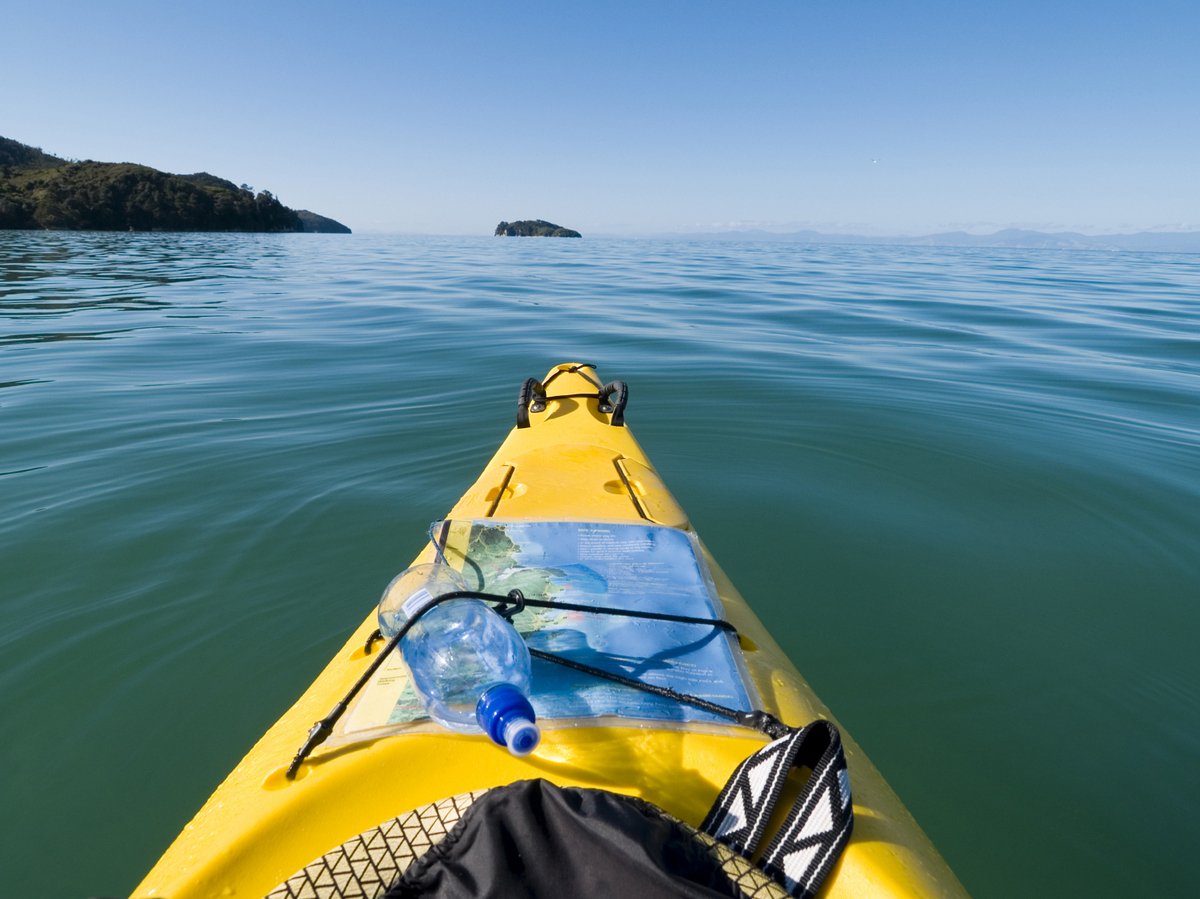 Physicists searching for a "Theory Of Everything" are like kayakers paddling against the current, in search of the water's source.

Last week I wrote about some of the themes from my book A Tear at the Edge of Creation. Today, I want to briefly state the reasons why a so-called "Theory Of Everything" (TOE) is an impossibility. We have to do away with this idea for once and for all.

First, let me say what a TOE really means. It is not really a theory of "everything." It doesn't include biology, geology, psychology or the social sciences in general. It doesn't even include chemistry, although some physicists may (wrongly) say that chemistry is contained in physics. A TOE focuses on explaining the material composition of the Universe at its most fundamental level and how these tidbits of stuff interact with one another.

"Material" here must be understood broadly to include not only particles of matter such as electrons and quarks, but also the particles that transmit the forces between particles of matter, such as the photon (the particle of light, responsible for electromagnetic forces). There are others but it doesn't matter right now.

A TOE presumably will also include more mysterious kinds of stuff, such as the elusive dark matter (not made of ordinary atoms like we are) and dark energy (an ether-like medium filling space responsible for accelerating the expansion of the Universe).

A TOE would combine particles of matter, particles of force, dark matter and dark energy into a single theory describing all four forces as manifestations of a single force. We don't see this unity because it is only manifest at extremely high energies, well beyond what we can perceive, even with our most powerful machines. The four forces are like four rivers that join upstream to become three, then join again further upstream to become two and, finally, join once more to become a single river at the Source of it all. In this river analogy, physicists searching for a TOE are like kayakers paddling upstream, toward the Source.

Culturally, there is no question that the impulse to unify goes hand-in-hand with the notion of unity found in pre-scientific monotheistic faiths. In Judeo-Christian faith the one God is responsible for all that is and stands beyond space and time in supernatural splendor. Even if most physicists searching for a TOE are not believers, they are heirs to old Platonist ideals of mathematical simplicity and symmetry that were later translated, in particular by Saint Thomas Aquinas, as attributes of the mind of God. No wonder that the image of "knowing the mind of God" keeps coming back in popular physics texts, most famously in Stephen Hawking's A Brief History of Time.

There would be nothing wrong with this if the notion of a TOE made sense. But it doesn't.

Recall that physical theories are data driven, based on a painstaking process of empirical validation: any hypothesis must be vetted by experiments before it is accepted. And even when it is accepted, and the hypothesis is sometimes elevated to the level of a "theory," such as in general theory of relativity, this acceptance is always temporary. A physical theory can only be proved wrong, never right, at least in any permanent sense. This is because every theory is necessarily incomplete, always ready for updates as we learn more about the physical world.

What we can say about Nature depends on how we measure it, the precision and reach of our instruments dictating how "far" we can see. As a consequence, no theory that attempts to unify current knowledge can be seriously considered a "final" theory or a TOE given that we can't ever be sure that we aren't missing a huge piece of evidence.

To put it differently, our perennially myopic view of Nature precludes any theory from being complete. Nature doesn't care for how compelling we think our ideas are.

The best that we can do, and that we must do, is to keep on searching for more encompassing explanations of natural phenomena, possibly even achieving some level of unification as we go along. (The history of physics has a few of these, such as Newton's theory of gravity that brought together terrestrial and celestial motions, and electromagnetism that, in the absence of sources such as electric charges and currents, shows a beautiful unification between electricity and magnetism.)

However, even if we are successful in building a unified theory of the known four forces (a difficult proposition to believe in these days, given the lack of observational support after four decades), it will only be a temporary and incomplete unification, never a TOE or "final" theory.

Science, even at its most fundamental level, is an ongoing process of discovery that feeds on our never having all the answers.