Accessibility links
Sometimes, The Old Ways Are The Best Ways : 13.7: Cosmos And Culture Astrophysicist Adam Frank rings in the new school year with a meditation on the choice between kicking it old school with chalk on a blackboard or going new school with the latest classroom technologies.

Sometimes, The Old Ways Are The Best Ways

Sometimes, The Old Ways Are The Best Ways

Today I'll walk into a classroom of advanced undergraduate physics students and begin teaching them about the stars. It will take 13 weeks, beginning with the basic principles of astrophysics and ending with the structure of the Milky Way. I will chart that path, as I do every year, by kickin' it old school with chalk on a blackboard. And today, as I do every year, I'll wonder if I'm doing the right thing. 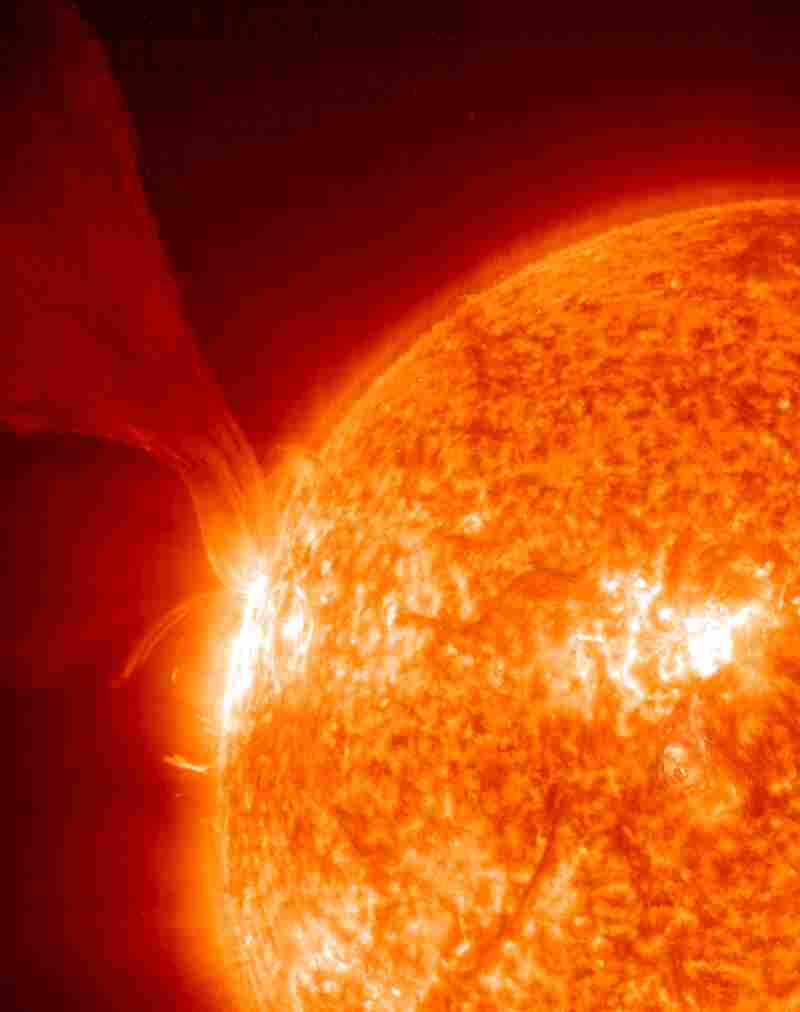 There's a symphony going on in there. Pay close enough attention in Adam Frank's class and you'll be able to read the notes yourself. SOHO/ESA/NASA hide caption 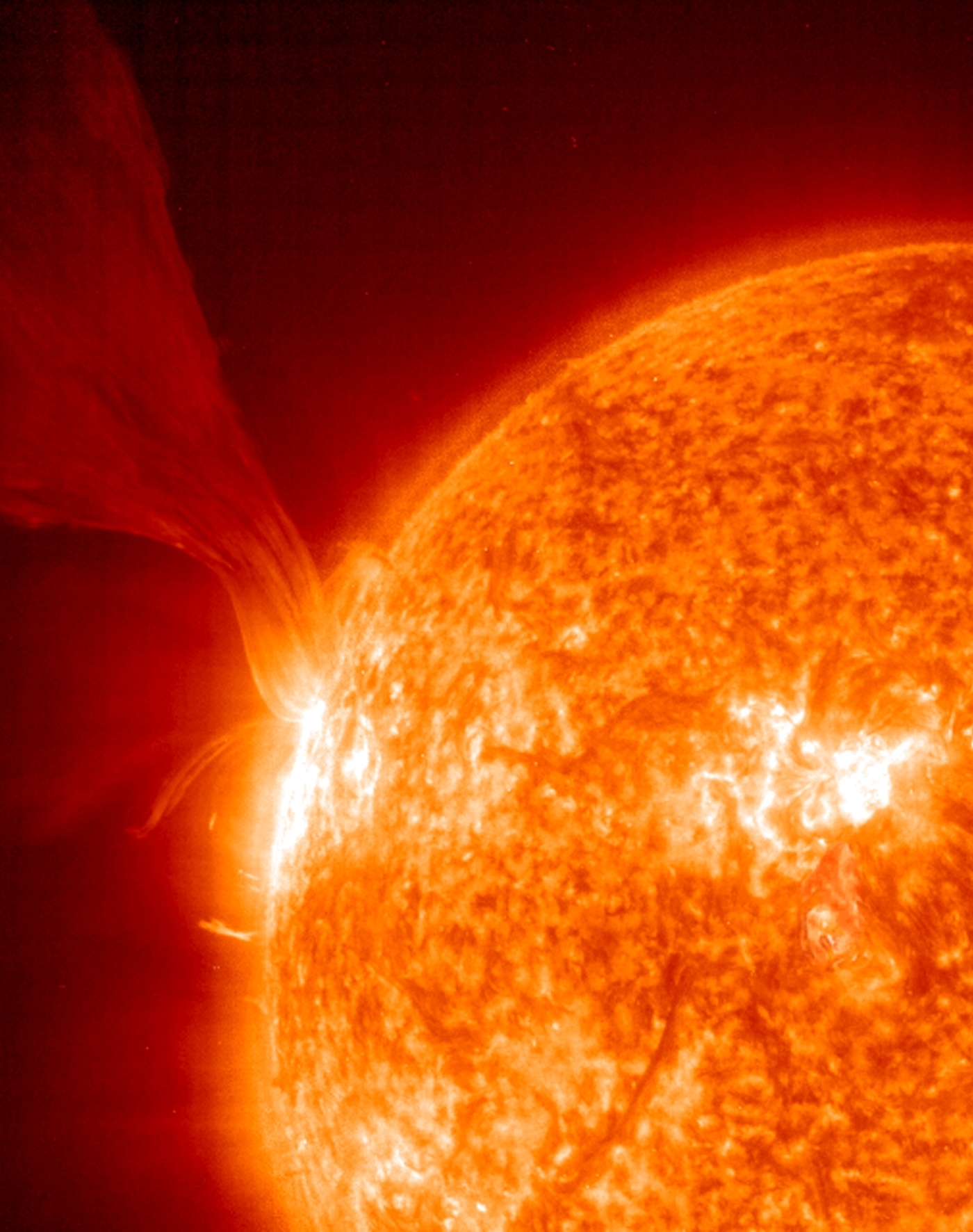 There's a symphony going on in there. Pay close enough attention in Adam Frank's class and you'll be able to read the notes yourself.

In a world of PowerPoint, YouTube, automated homework and massive open online courses, what the hell am I doing with a stick of chalk in my hand?

Don't get me wrong. I am a big fan of new technologies in the classroom. In my Astronomy 101 course (the one for non-physics majors) I use beautifully prepared PowerPoint slides that come with the textbook (I modify them as needed). I've also grown fond of using YouTube videos posted by NASA and other space agencies to change up the pacing of those 1-hour-and-15-minute lectures. And then there are the interactives — digital tools that let students explore the inherently dynamic concepts of physics and astronomy by changing variables at will to see their effects in real time.

These tools offer so much to the instructor that I even started an e-learning company back in the early 2000s to develop more powerful versions of these tools (like the one linked to above). That company, in a new form, is still around, with more qualified people than me running it.

And those massive open online courses (or MOOCs) you have been hearing so much about? They have enormous potential to transform the entire landscape of higher learning in ways that are too good to ignore. I'll be teaching a MOOC this winter so I can see, firsthand, just what these remarkable technologies can do.

But I still have this thing about chalk and blackboards and mathematical physics.

For the kind of advanced undergraduate class I'll be teaching, I remain wedded to the way equations unfold in a long derivation. You start on one side of a long blackboard with the basic equations. Then you write down the assumptions that will allow simplifications, expanding expressions and dropping off the terms that can be ignored because they will be too small to matter. Like a piece of classical music, the derivation plays itself out, filling the board with a calligraphy of space and time, force and motion, matter and energy.

The pieces are gathered and fit together. The derivation ends and the result is laid bare. It could be an expression for the orbit of stars around the center of the Milky Way or the distribution of mass in a gas giant planet. But, in each case, it's there, whole and complete.

And in each case you and the students have arrived together.

I have powerful memories of tracking through derivations presented in class when I was a student. When done well, they pinned my attention down. The act of copying what was appearing on the board was a kind of meditation. You had to stay awake and aware, like a man walking across a frozen pond. Let your mind wander for a moment and BAM! You were lost. You couldn't see how the professor had gotten from one step to the next. But keep your focus and you'd be rewarded with that most precious gift: understanding.

If you could follow what happened on the board, when the last notes of the derivation ended you would be left with the epiphany of knowing, truly knowing, what that mathematical expression for energy generation in a star or the expansion of the universe meant and how you'd gotten there.

I'll still use digital resources for these advanced classes when and where they can help. But it's the choreography of attention that keeps me wedded to chalk and the blackboard.

Some things, I feel sure, just do not need to change.