Accessibility links
The Other 10 Most Important Questions In Science : 13.7: Cosmos And Culture Science may seem advanced, may even be advanced, but that doesn't mean there aren't still plenty of questions left to ask and answer. A new book catalogs 20 of the biggest questions outstanding. Physicist Marcelo Gleiser looks the list over and ponders some of the subjects keeping scientists awake at night.

The Other 10 Most Important Questions In Science

The Other 10 Most Important Questions In Science 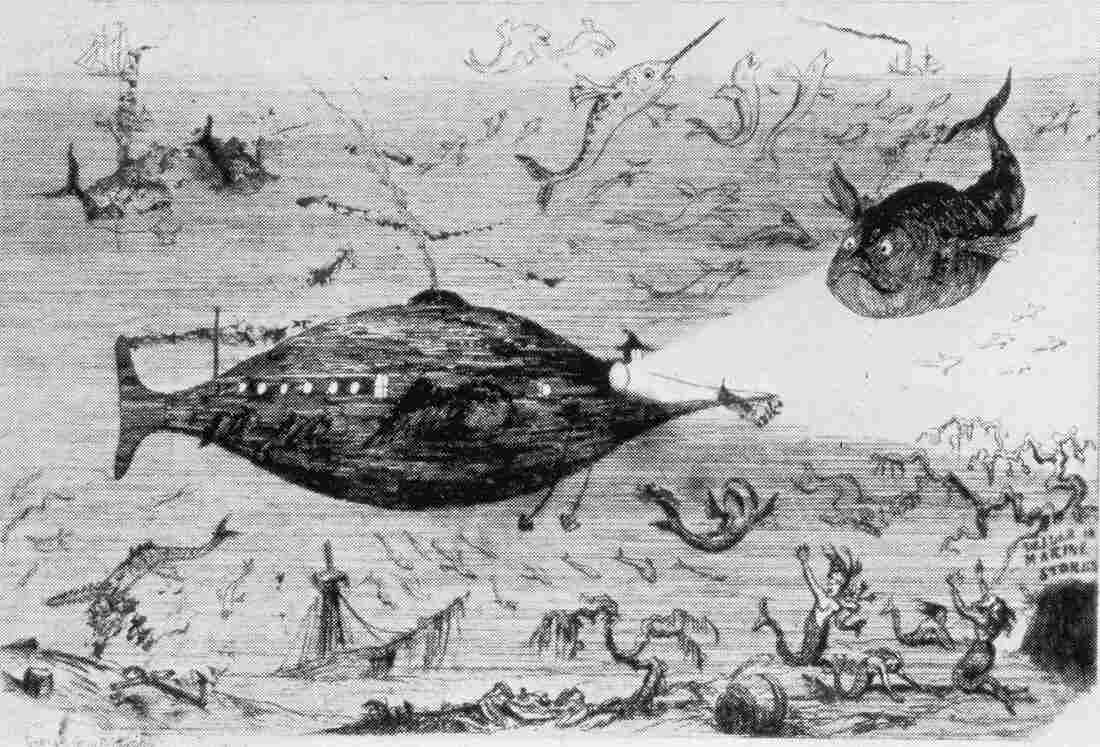 Oceans, and the innards of Earth itself, are the final frontiers of our planet. Expect amazing discoveries as explorers document more and more of this unseen realm. Hulton Archive/Getty Images hide caption 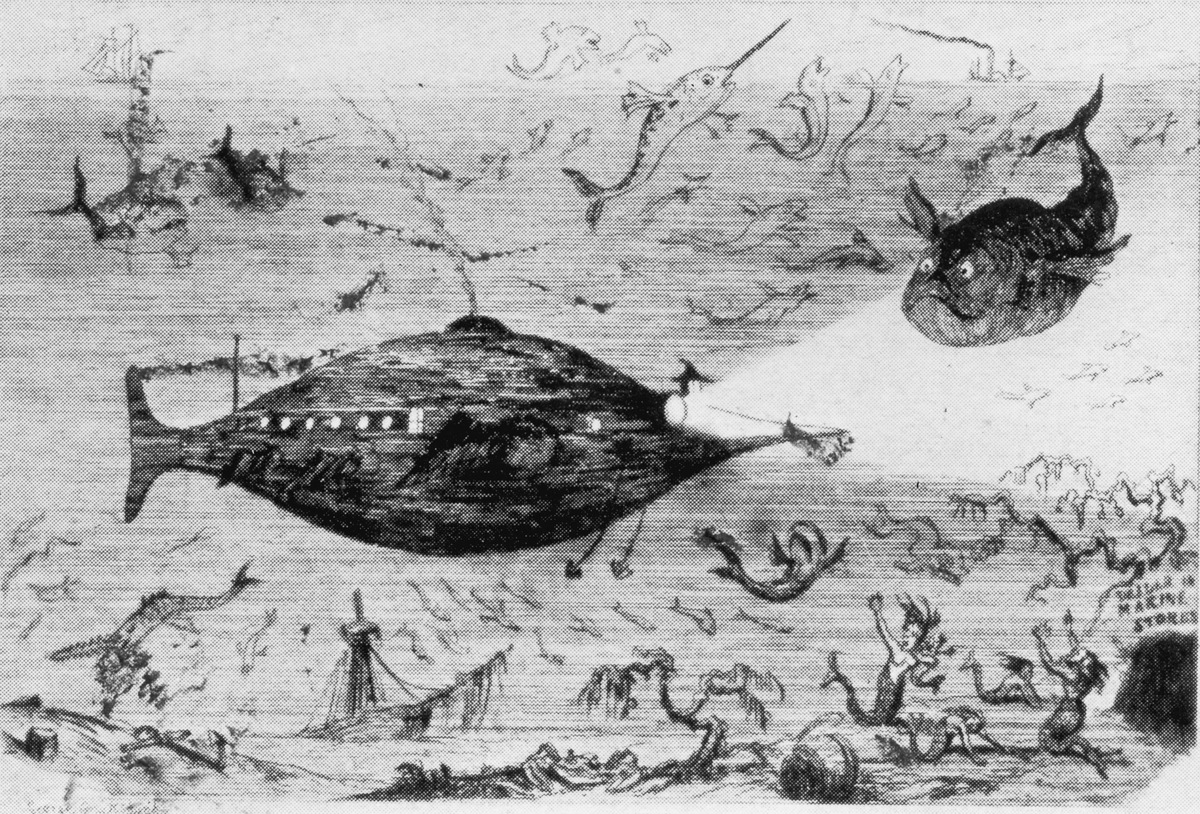 Oceans, and the innards of Earth itself, are the final frontiers of our planet. Expect amazing discoveries as explorers document more and more of this unseen realm.

Last week I presented my take on 10 of the 20 most important questions in science, a list at the heart of a book by Mun Keat Looi, Hayley Birch and Colin Stuart titled The Big Questions in Science: The Quest to Solve the Great Unknowns. It was published in the U.K. last week.

Today I will run through the rest of their list, which touches on some of the more interesting scientific questions out there, both basic and applied.

11. What's the deal with prime numbers? Prime numbers are those divisible only by 1 and by themselves. (For example, 2, 3, 5, 7, 11, 13, 17 ... ). Internet trading, with its need for secure financial transactions involving credit card numbers and bank accounts, relies heavily on encrypting algorithms anchored with prime numbers. So, they are not just a mathematical curiosity but are actually very useful. Euclid showed around 400 B.C. that there is an infinite number of primes. However, many mysteries remain to this day.

One is related to the famous Riemann hypothesis, concocted by the brilliant 19th century German mathematician Bernhard Riemann. (My Dartmouth colleague Dan Rockmore has written a popular account titled Stalking the Riemann Hypothesis.) The hypothesis asserts that prime numbers are related to the properties of a function called the "Riemann Zeta Function." Just like the function f(x) = x2 has a zero at x=0, Riemann hypothesized that the zeta function had zeros lying on a particular vertical line. A proof would illuminate many questions concerning the frequency of prime numbers. It's a double-edged sword, though, because the more we learn about primes, the more we may compromise Internet security.

12. Can we win the war against bacteria? Antibiotics have changed the way we live and helped increase life spans. However, bacteria are getting more resistant every day, owing to a combination of overuse (controllable) and natural selection (not controllable). Overprescription of antibiotics is rampant worldwide, and not just for humans. In fact, the biggest problem seems to be cattle intake. While milk and meat production increase, so does bacterial resistance. As bacteria are increasingly exposed to antibiotics (that is, the stronger the selective pressure), the more probable it is that mutants will have higher drug resistance. It is a war without end, but hopefully containable.

13. Is there a limit to computing speeds? Computers keep getting smaller and faster. An iPhone has more computing power than the computer that took astronauts to the moon in 1969. At some point this trend must end, as physical limitations like heat and size act as brick walls. Quantum computing techniques and advanced industrial materials such as graphene are the way of the future. In 10 years, computers will feel and look quite different.

14. Will cancer be cured? There is not one but hundreds of cancers. So, there is not one cure but many, with varying degrees of success. Advances in our understanding of genetics offer new ways of thinking and dealing with cancer. We can attack the disease at the genetic level and learn who has a higher predisposition to certain kinds of illnesses. Since the longer we live the more probable it is that something will go wrong, the war on cancer may be endless as well. Meanwhile, about 50 percent of cancers are preventable: Don't smoke, take care of your body with exercise and proper eating, avoid prolonged and unprotected exposure to sunlight.

15. What is the future for robots? Robots are here to stay, being essential partners in countless industries and businesses, most visibly along car assembly lines. The trend will surely continue, as robots become increasingly sophisticated and user-friendly. An open question, of course, is whether we will ever have intelligent robots. That is, will we ever have machines that not only follow instructions but also create them.

16. What's at the bottom of the oceans? We've explored only about 5 percent of the Earth's oceans. In the depths, bizarre life forms endure under extreme conditions: no light, no oxygen, freezing temperatures and pressures 1,000 times more than at the surface. The record holders for visiting this realm are Jacques Piccard and Donald Walsh, who in 1960 descended to 35,810 feet at the Mariana Trench in the Pacific. Oceans, and the innards of Earth itself, are the final frontiers of our planet. Expect amazing discoveries as explorers descend more and more often into the great watery unknown.

17. What's inside a black hole? Black holes are the remains of heavy stars that extinguished their nuclear fuel and collapsed upon themselves under their own gravity. They have an outside cloak we call the horizon, which acts as a point of no return: Nothing can escape once it falls within the horizon, not even light. (Although some radiation trickles out owing to quantum effects, another story.) We know little of what goes on inside the horizon, apart from the fact that as we approach the center, the laws of physics as we know them break down. To make sense of the mess we need a new theory combining Einstein's general relativity (describing gravity at large scales) and quantum mechanics (describing atoms and subatomic processes). The marriage does not seem forthcoming, despite the efforts of some of the brightest minds on the planet.

18. Can we live forever? If old age is seen as a disease, can it be cured? Advances in medicine and genetics are already extending our life span and will continue to do so, redefining our relationship with death. The issue is polarizing. Some question whether extending life to hundreds of years (or more) is advisable from a psychological and sociopolitical standpoint. (If those who live longer are the ones with the means to "buy" their longer lives, what happens to the "others"?) Others, such as Ray Kurzweil, bet that this is our future and that we are closer to it than we think.

19. How to solve the overpopulation problem? The world's population more than doubled since 1960 and will reach some 9 billion by 2050. How are we going to feed everyone? And the energy, where will it come from? Will food be almost entirely genetically engineered, or will grass-roots movements based on local, organic farming take over a substantial portion of our feeding needs? Will solar energy be collected more efficiently? Will we be able to finally coerce nuclear fusion into economically feasible production?

20. Can we travel in time? Traveling in space is easy enough, but how do we do it in time? Apart from some very unconventional ideas out there, the laws of physics are quite unforgiving when it comes to traveling back in time. The past, it seems, is to remain in our memories. The future, however, is another story. Anyone who travels gains a bit of time with respect to those staying behind. Unfortunately, the gains are pretty negligible unless we travel at speeds close to the speed of light. If spaceships will travel close to that speed one day — and there is no essential reason why they can't — we will be able to travel to the future, for all that's worth. Too bad we won't be able to come back to the past to tell others what we saw.