Accessibility links
'BioShock' Blasts Its Way Into The Future Of Storytelling : 13.7: Cosmos And Culture Storytelling defines humanity. We use it to remember who we are, to warn ourselves about who we don't want to be and to imagine who we might become. Can these same needs be served by video games? Commentator Adam Frank asks that question and, with the help of some friends, answers with an emphatic "yes." 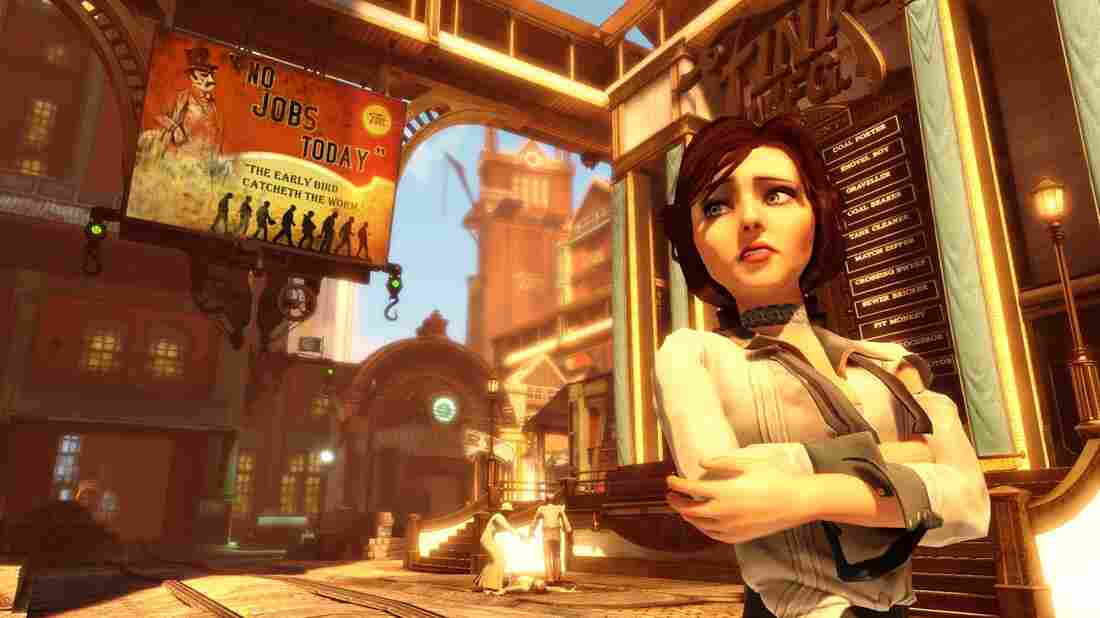 What's that worried look, Elizabeth? Could it be that there's more to BioShock Inifinite than meets the eye? Irrational Games hide caption 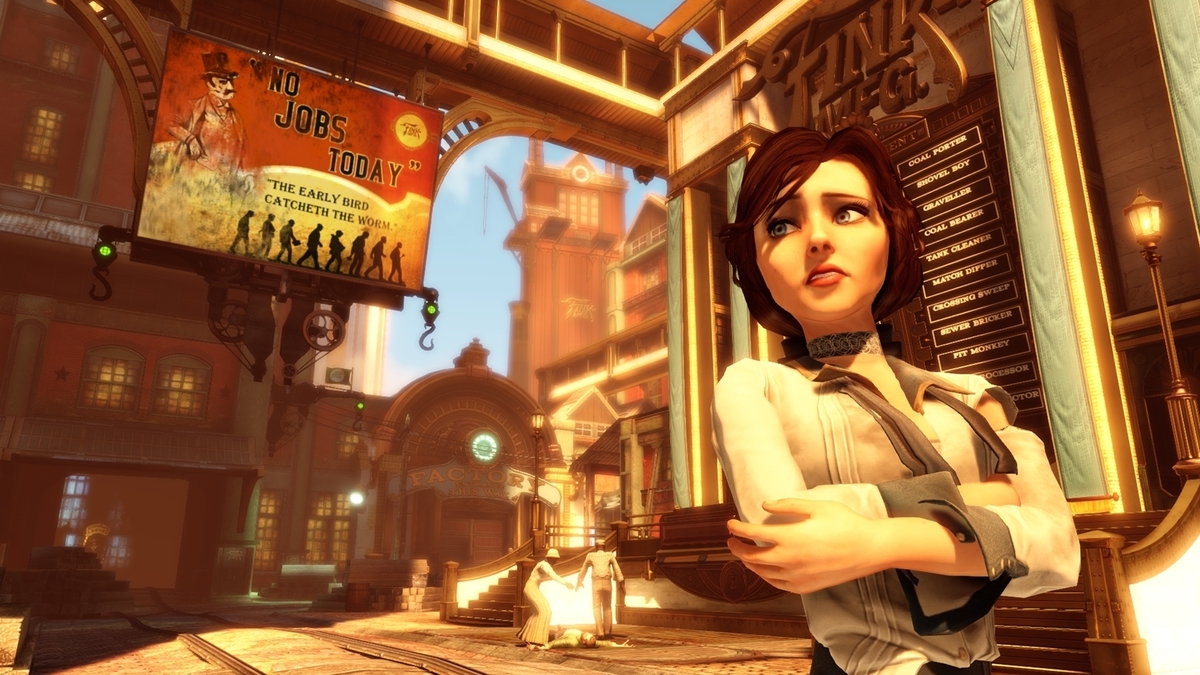 What's that worried look, Elizabeth? Could it be that there's more to BioShock Inifinite than meets the eye?

Now that my kids have gone off to college I've decided to branch out and do something new, useful and important. I'm taking up video games. In particular, I'm digging into the acclaimed game BioShock.

Wait. What's that I hear (some of) you saying? Video games are just shooting and violence! It's just mindless, sadistic entertainment!

Well, that's the question, right? Is there anything really interesting happening in video games today? It's such a good question that I sat down last week to chew through it in a Google+ hangout with 13.7 editor Wright Bryan and NPR mobile products guru Jeremy Pennycook.

We took up the question because video games represent a huge chunk of the cultural pie now (a $78 billion industry as of last year). And while lots of awful examples abound, there are games that challenge the player with substantive ideas, push the boundaries of narrative with immersive storytelling and wow us all with their visual depth.

Watching my son play BioShock a couple of years ago (I waited 'til he was 15 to get him a PS3), I was immediately taken in by its art-deco design and sci-fi storyline of an Ayn Rand utopia run amok. Like the recently released BioShock Infinite, it seemed to be more than just a first-person shooter.

Well, is it? This was the focus of our discussion, with Wright playing the role of the uninitiated skeptic, me as the newbie dipping into the original BioShock and Jeremy suiting up as the veteran gunslinger battling his way through BioShock Infinite with skill and determination.

Can a violent video game be a platform for something deeper? Do these games offer new ways of telling meaningful stories? What are the ethics of embedding a story with moral dilemma's in a game predicated on killing?

These where just a few of our questions. I am sure you have your own. We hope you enjoy the discussion as much as we did.

Is Bioshock more than a game

Want to go deeper? Watch Adam Sessler's effusive review of BioShock Infinite, in which he breaks down the many layers of meaning and substance running throughout the latest and greatest installment of this triology.