Accessibility links
Every Child Is Born A Scientist : 13.7: Cosmos And Culture We are a society obsessed with death and dying. It's time we moved the other way and put more of our energy into celebrating life and living. We have a lot to learn from our children here, who are constantly performing grand experiments about the world. Until, that is, we stop them. 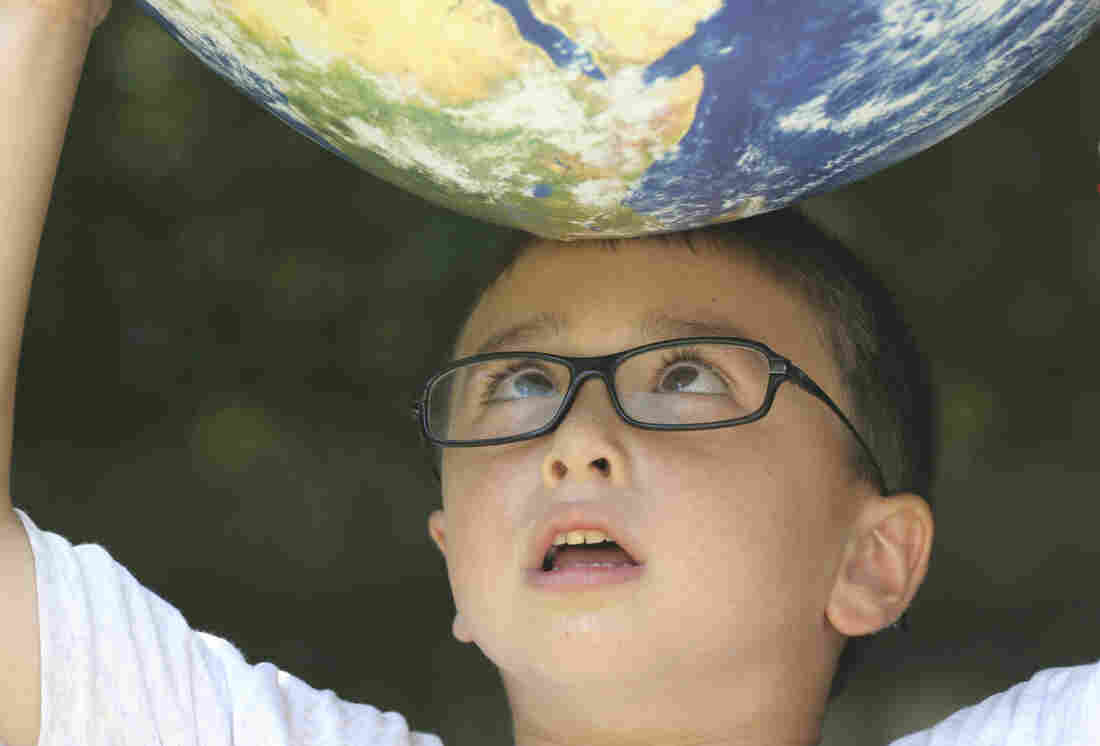 To children the world is a vast experiment, a laboratory of how things interact with one another. iStockphoto.com hide caption To children the world is a vast experiment, a laboratory of how things interact with one another.

This morning I had to turn the radio off. It was all about death: suicide bombers in Iraq killed 75 people; a bus exploded in India, killing 72. My 7-year-old son, sitting in the back, was horrified.

"Geez dad, and you think video games are violent?"

It occurred to me that we are a society obsessed with death and dying, as opposed to nurturing life and living. On Nov 1st, Showtime will air a documentary on death, focusing on the experiences of dying people. It's all about endings and precious little about beginnings. Should dying and death really sell that well? What does that tell us about what we have become as a society?

It seems to me that we are looking at things in the wrong way. My trip to Brazil last week really brought this home to me. It was their National Week of Science and Technology and more than 800 cities across the country produced some kind of event about science. The goal was to attract children to scientific exhibits and activities. The centerpiece was in the capital, Brasília, where a huge pavilion was filled with all sorts of interactive science experiments that focused on sports and healthy living.

It was, in total, a focus on life through science.

Thousands of children visited the exhibit every day, brought by their schools. The smaller ones, from kindergarten, would move single-file, holding hands so as not to get lost in the crowds. Their eyes bigger than moons, they looked at everything, touched everything, sucking in every bit of information they could manage. Some will never forget that day, a visit to a place so different from their everyday experiences, mostly in very poor conditions. For a day, science became a magical portal to them, a place of wonderment and discovery.

The great physicist Isidor Rabi has said that scientists are the Peter Pans of society, those who never stopped asking the questions children ask all the time. You know, the "Why?, Why? Why?" that parents often find so exasperating.

To children the world is a vast experiment, a laboratory of how things interact with one another, how animals live and eat each other, how plants grow and die. Every child is born a scientist, testing hypotheses and pushing things to the limit to see what happens.

That's until they are caught by their parents and teachers.

"Don't touch that! Careful, you are going to fall! Get burned! Electrocuted! Bitten!"

"Don't touch! Stay in your bubble!"

We want them to be affectionate but only in an aseptic mode.

We have a lot to learn from children. If we really want to teach them to be scientists, we need to learn to set them free once in a while, so that they can perform their grand experiment of growing up in a strange, often hostile world.

Perhaps we could then learn to set ourselves free as well, focusing less on death and more on life. We could revel more in the excitement of discovery. Perhaps the news outlets could even perform their own grand experiment, taking death off of center stage, putting life there instead.