Accessibility links
Should We Chip And Track Children For Safety? : 13.7: Cosmos And Culture Has new tracking technology put us on a slippery slope toward microchipping our own children? Commentator Barbara J. King worries that it has, and asks if this practice is healthy for kids and parents alike.

Tag Him, Track Him, Hug Him, Love Him

Tag Him, Track Him, Hug Him, Love Him 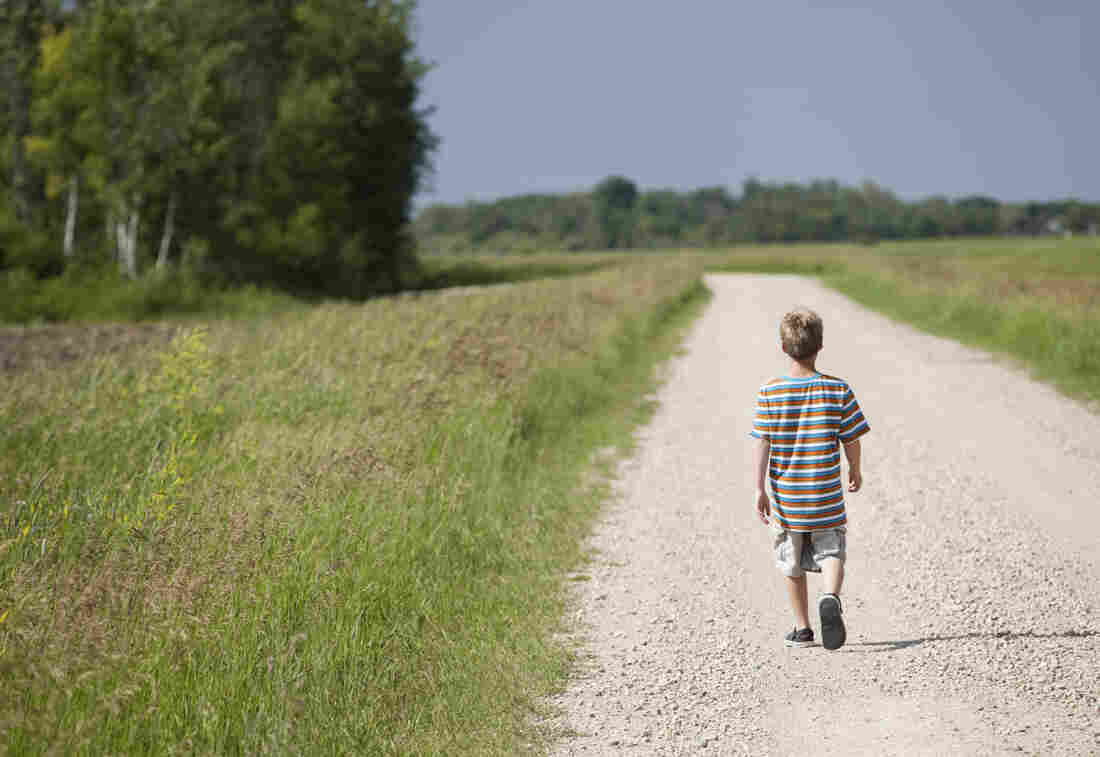 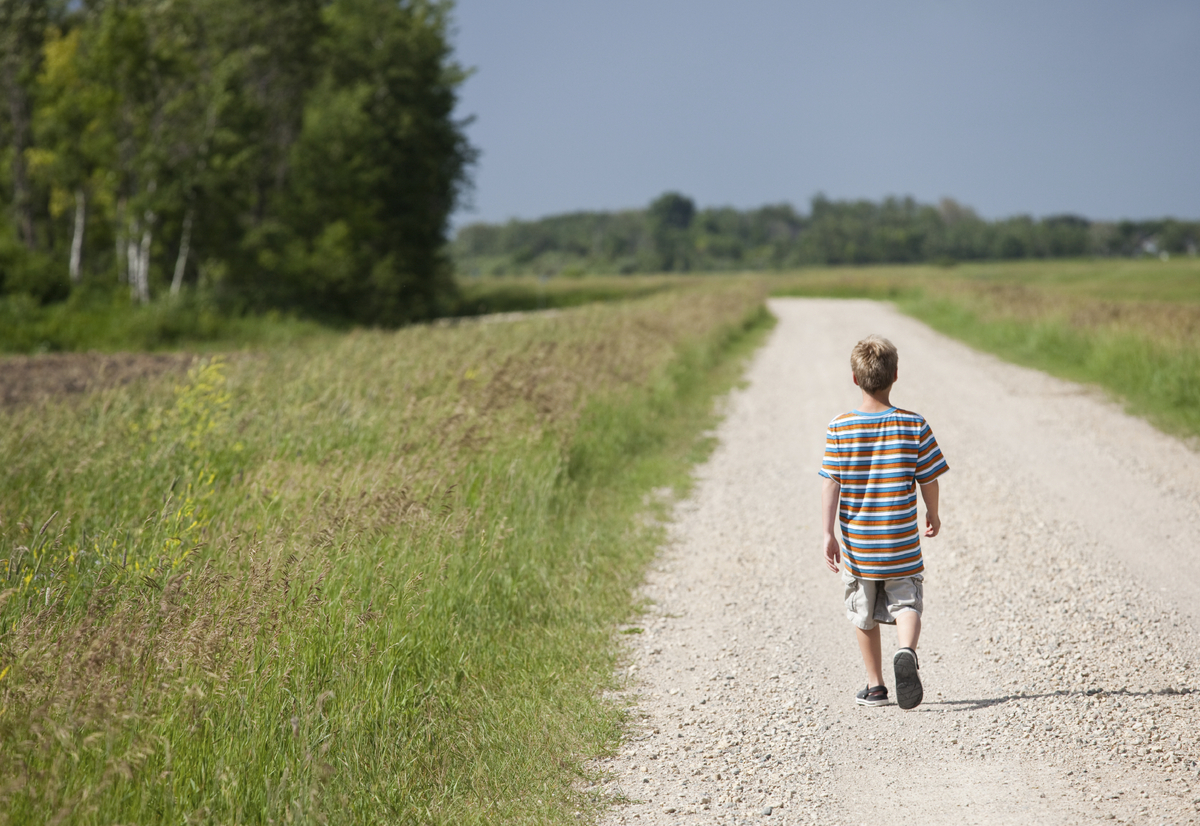 In Dave Eggers' terrific new novel, The Circle, set at a California computer company, a cult of connection is slowly taking over the United States and spreading around the globe. An evolving cultural preference for constant sharing by way of computer and camera is turning any citizen's wish for privacy into a scorned, misanthropic secrecy.

And our children are chipped, right in the bone. As Francis, the corporation's project manager for child safety, tells Mae, the book's main character:

"Every other product you buy has one of these chips. You buy a stereo, it has a chip. You buy a car, it has a bunch of chips ... The second a kid's not where he's supposed to be, a massive alert goes off, and the kid can be tracked down immediately."

Eggers' chip-implantation scenario gave me chills. Bone surgery for toddlers? Kids under constant surveillance, even as they grow up? But it's only a novel, right?

Days after finishing the book, I read about a new tech trend that made me question whether Eggers' vision is as far removed from our reality as I first thought.

The New York Times last Sunday reported on new child-tracking devices, ranging from a watch with a red panic button designed for little kids, to GPS and Wi-Fi technology that alert parents via their cellphones of their offsprings' whereabouts.

These devices are intended mostly to protect young children. The watch not only charts the child's movements, but also offers a button that the child herself may press if she becomes separated from her caretakers; up to five designated adults are telephoned until someone comes to the rescue.

You may be thinking, look, these devices aren't surgically implanted, so they're a universe away from Eggers' bone-chipping. I think that's true only to an extent.

Is the world really such a dangerous place for these kids? "Stranger danger" abductions are statistically unlikely, and anyway, would a kidnapper fail to disarm any noticeable technology? Perhaps most importantly, would it be better for the kids to develop confidence in their own coping and problem-solving skills rather than putting a premium on the ideas of danger and rescue?

The New York Times article hints at these worries. But I wanted to hear the perspective of the National Center for Missing & Exploited Children. On Tuesday, the NCMEC's Bob Lowery, senior executive director of the Missing Children Division, emailed me some thoughts. I was particularly taken with his emphasis on the benefits to special-needs children of these sorts of devices:

"NCMEC does not endorse any products or programs, but in cases of special needs children who wander/elope the providing of tracking devices should at least be considered by parents or caregivers. Many of our children with special needs who wander (most especially the non-verbal lower functioning children with autism) often head directly to water and sadly drown. Many of the tragedies occur immediately. We recommend to families who have a child with special needs who wanders to call the police, but also to begin an immediate search before the officers arrive. Tracking devices can be helpful in finding children with special needs in short periods of time, as opposed to searches that may take days and even weeks. The case of Robbie Wood in Hanover, Virginia, is an example of a search that took nearly six days — in this case, Robbie was remarkably found alive. Had Robbie had a tracking device he most likely would have been found within less than an hour.

"There are cases, like Robbie Wood, of children who wander and actually elude search teams or simply hide (in tight enclosed spaces). Some of the children also seem to have a diminished sense of fear, which is why we believe we see the higher instances of drowning. While we do not fully know why, children with special needs often exhibit these unique behaviors (like eluding, hiding or attractions to unsafe conditions), making the search very challenging."

Thanks to Lowery, I came to appreciate the benefit of tracking and tagging devices for child safety in a segment of the population. I get the sense, though, that the new technology is being marketed primarily to families of non-special-needs kids in order to quell parental anxiety.

Lowery noted — because I asked — that the NCMEC does not advocate going so far as to microchip children or anyone else. But make no mistake, the idea has come under discussion elsewhere.

For example, 10 years ago, the BBC reported that a professor's offer to chip an 11-year-old girl was never realized because of ethical concerns. In 2012, on the television show The View, Whoopi Goldberg argued for microchipping of children, with her co-hosts seeming to agree that it could be a good thing.

As far as I can determine — and despite the usual false rumors — no children have been microchipped so far. We're not in Eggers' Big Brother world yet.

But some people already microchip their pets. Is it really such a tremendous leap from that practice to chipping our children? Is it crazy to worry that we're already on that slippery slope?