Accessibility links
Can Science Fill The Spiritual Void? : 13.7: Cosmos And Culture A chance encounter forces commentator Marcelo Gleiser to reconsider his view of the relationship between science and religion. It's a life-changing experience that has driven him to dedicate his life to spreading the gospel of science education. 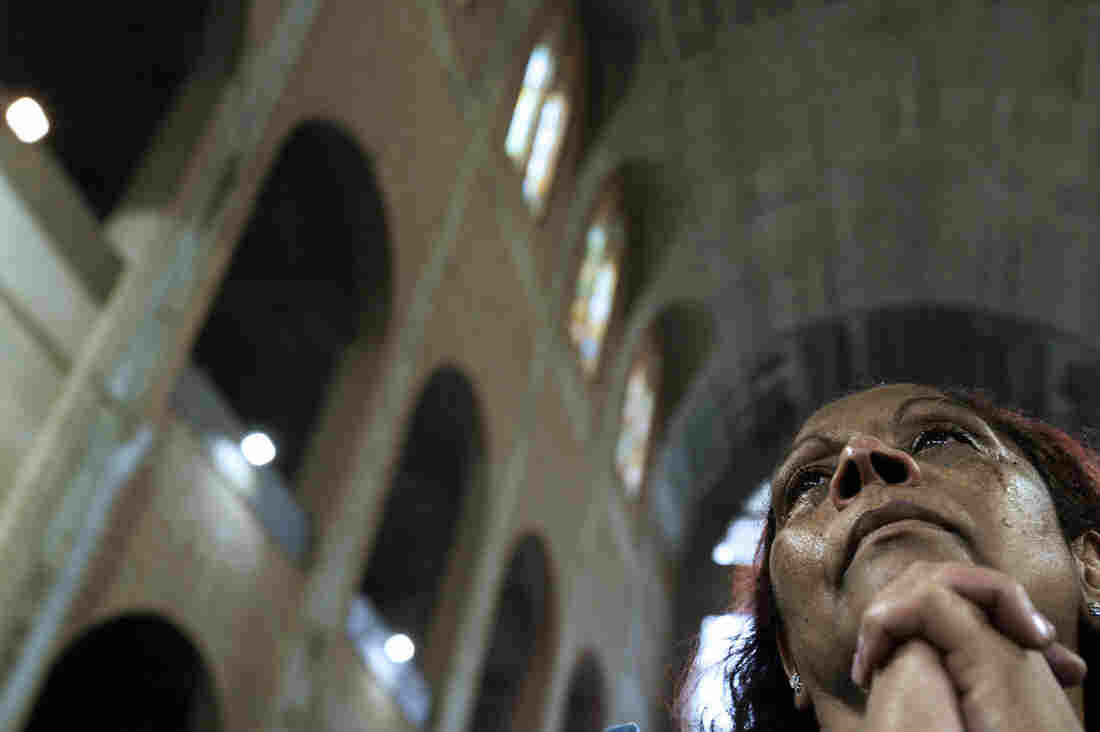 I was once invited to give a live interview on a radio station in Brasília, the capital of Brazil. The interview took place at rush hour in the city's very busy bus terminal, where poor workers come in from rural areas to perform all sorts of jobs in town, from cleaning the streets to working in factories and private homes.

The experience would mark me for the rest of my life and set a new professional goal that I had not anticipated early in my career: to bring science to the largest number of people possible.

The interviewer asked me questions about the scientific take on the end of the world, inspired by a book I had just published (The Prophet and the Astronomer: Apocalyptic Science and the End of the World). There are many ways in which science can address this question. We can see, from the devastating effects of Typhoon Haiyan, that the forces of nature are beyond our control, even if we pride ourselves on "taming" the world around us.

But the focus of my book was on cataclysmic celestial events and how they have inspired both religious narratives and scientific research, past and present. In particular, note the many instances that stars and fire and brimstone fall from the sky in the Bible, both in the Old (e.g., Book of Daniel, Sodom and Gomorrah) and the New Testament (e.g., Apocalypse of John), or how the Celts believed that the skies would fall on their heads to mark the end of a time cycle.

Back to the interview, I mentioned how the collision with a 6-mile-wide asteroid that hit the Yucatan Peninsula of modern-day Mexico had triggered the extinction of the dinosaurs 65 million years ago. I made a point of explaining how that event changed the history of life on Earth, freeing the small mammals of the time from predator pressure and culminating with the evolution of humans. My point was that there is no need for divine intervention to explain these very essential episodes in our planetary and collective history.

It was then that the hand went up. A small man with torn clothes and grease stains on his face asked: "So the doctor wants to take even God away from us?"

I froze. The despair in that man's voice was apparent. He felt betrayed. His faith was the only thing he held on to, the only thing that gave him strength to come back to that bus station every day to work for a humiliatingly low minimum wage.

If I took God away and put in its place the rational argumentation of science, with its empirical validation, what would that even mean to this man? How would it help him go on with his life? How could science teach him to cope with life in a world without the magic of supernatural belief?

I realized then how far scientists are from the needs of most people; how far removed our discourse is from those who do not already seek science for answers, as surely most of you reading this essay already do. And I realized that, in order to reach a larger audience, to bring the wonders of science to a much larger slice of the population, we must start science education from the youngest age.

We must fill that education with the wonder of discovery. We have to take the same passion people direct to their faith and use it to fuel curiosity about the natural world. We have to teach that science has a spiritual dimension; not in the sense of supernaturalism, but in the sense of how it connects us with something bigger than we are.

I also realized how completely futile it was to stand up there and proudly proclaim the value and wonder of science to someone whose faith is the main drive behind all that he or she does.

They would naturally ask: "Why should I believe what you are saying about the universe being 13.8 billion years old more than I believe that Jesus is God's son? How do I believe your truth?"

We have an enormous task ahead of us, if we really are going to make scientific education transformative.

I answered the man, in a shaky voice, that science doesn't want to take God away from people, even if some scientists do; that science explains how the world works, illuminating the wonders of the universe — big and small — for all to see and appreciate. I went on to explain that scientific research is a passionate enterprise, one that brings us closer to nature, to the ongoing mysteries we face as we try to understand more and more of the universe.

The man smiled. He didn't say anything. But I am sure that he saw in the scientific drive for understanding the same passion that drove him toward his faith.

I left the interview and went for a long walk around a lake, thinking of Einstein and how he believed that the scientific enterprise was the only true religion, with its devotion to understanding what we can of nature. It is an endeavor driven by awe and filled with humility.