Accessibility links
New Study Shows Brain Benefits Of Bilingualism : 13.7: Cosmos And Culture Being bilingual opens up new worlds to speakers. It also appears to hold off the onset of dementia. Commentator Barbara King says that for these reasons, and more, she wishes her language faculty was more robust. 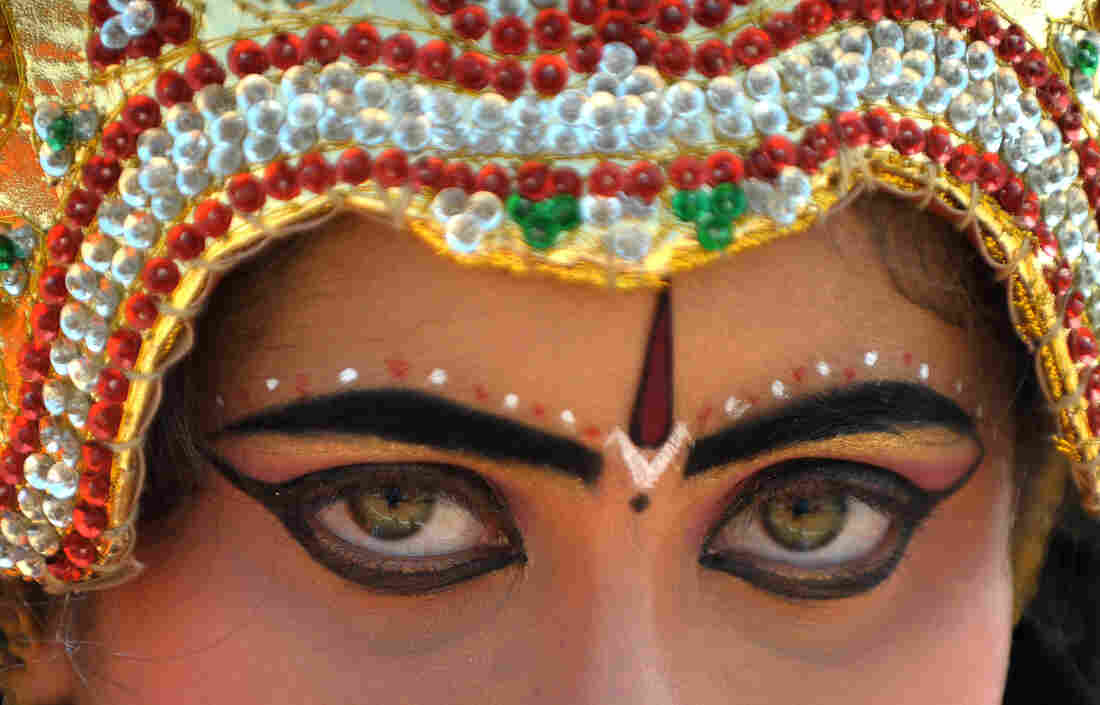 An Indian schoolgirl dressed as Telugu Talli poses for the camera during a celebration in Hyderabad, home to a study that seems to show the onset of dementia is delayed for people who speak more than one language. Noah Seelam/AFP/Getty Images hide caption 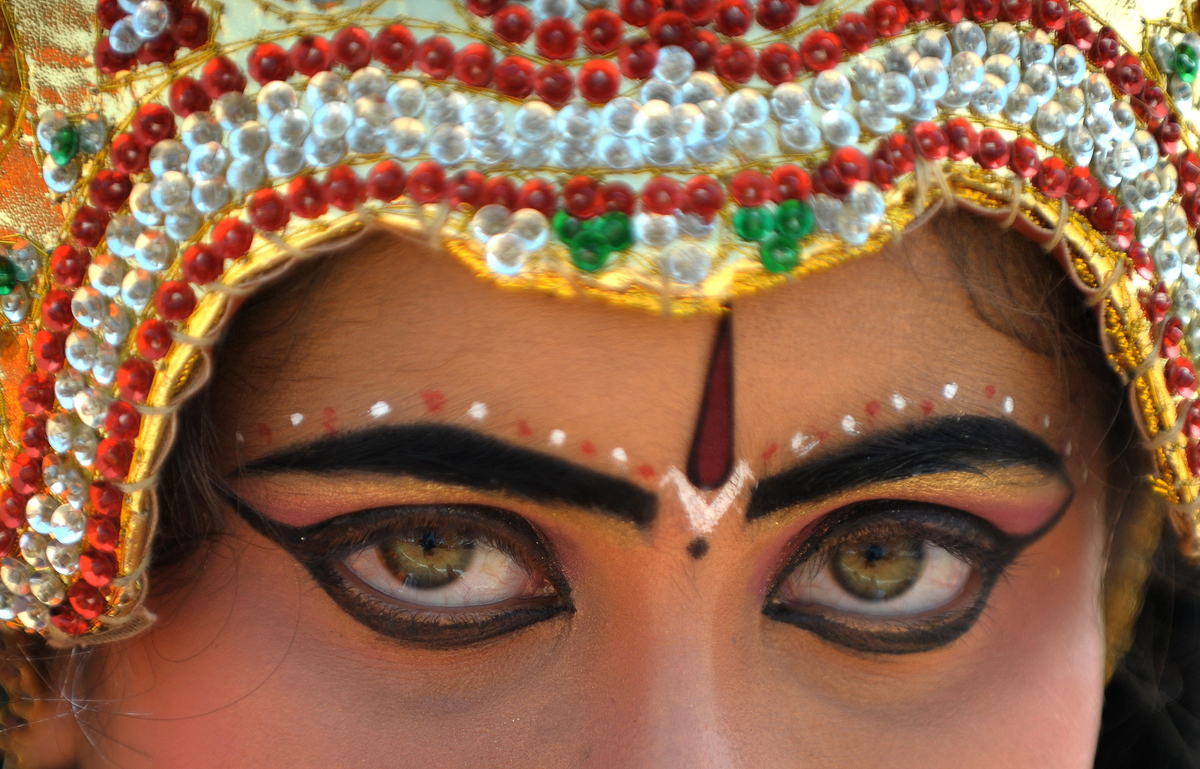 An Indian schoolgirl dressed as Telugu Talli poses for the camera during a celebration in Hyderabad, home to a study that seems to show the onset of dementia is delayed for people who speak more than one language.

The largest study so far to ask whether speaking two languages might delay the onset of dementia symptoms in bilingual patients as compared to monolingual patients has reported a robust result. Bilingual patients suffer dementia onset an average of 4.5 years later than those who speak only a single language.

While knowledge of a protective effect of bilingualism isn't entirely new, the present study significantly advances scientists' knowledge. Media reports emphasize the size of its cohort: 648 patients from a university hospital's memory clinic, including 391 who were bilingual. It's also touted as the first study to reveal that bilingual people who are illiterate derive the same benefit from speaking two languages as do people who read and write. It also claims to show that the benefit applies not only to Alzheimer's sufferers but also people with frontotemporal and vascular dementia.

Only when I read the research report itself, though, published in the journal Neurology and written by Suvarna Alladi and 7 co-authors, did I realize fully the brilliance of conducting this study in Hyderabad, India.

That choice of location, I believe, lends extra credibility to the study's results.

Here's why. India, as the researchers note, is a nation of linguistic diversity. In the Hyderabad region, a language called Telugu is spoken by the majority Hindu group, and another called Dakkhini by the minority Muslim population. Hindi and English are also commonly spoken in formal contexts, including at school. Most people who grow up in the region, then, are bilingual, and routinely exposed to at least three languages.

The patients who contributed data to the study, then, are surrounded by multiple languages in everyday life, not primarily as a result of moving from one location to another. This turns out to be an important factor, as the authors explain:

In contrast to previous studies, the bilingual group was drawn from the same environment as the monolingual one and the results were therefore free from the confounding effects of immigration. The bilingual effect on age at dementia onset was shown independently of other potential confounding factors, such as education, sex, occupation, cardiovascular risk factors, and urban vs rural dwelling, of subjects with dementia.

In other words, thanks in large part to the study's cultural context, these researchers made great progress zeroing in on bilingualism as the specific reason for the delay in dementia symptoms.

What exactly is it about the ability to speak in two languages that seems to provide this protective effect? Alladi and co-authors explain:

The constant need in a bilingual person to selectively activate one language and suppress the other is thought to lead to a better development of executive functions and attentional tasks with cognitive advantages being best documented in attentional control, inhibition, and conflict resolution.

Intriguingly, when a patient speaks three (or more) languages, no extra benefits accrue neurologically. Speaking a single language beyond one's native tongue is enough to do the trick.

So, now, my almost-monolingual brain is jealous.

I do know some conversational French, and I squeaked by speaking and comprehending enough Swahili to be polite and interactive while living in Kenya. But I've regretted not working up to full fluency in a second language. (As the "Learn to Speak Italian" tapes strewn around my house demonstrate, I haven't given up on this goal.)

The sounds of multiple languages swirling around me when I visit New York or Paris are enchanting, and I enjoy discussing with bilinguals the claims that switching between languages allows different personality traits to emerge within a single individual.

Being bilingual opens up new worlds of global connection and understanding, and almost certainly allows some degree of flexibility in personal expression, too.

Now we know, more concretely and convincingly than before, that there's a brain benefit to bilingualism, too.