Accessibility links
Probing Extraterrestrial Abduction : 13.7: Cosmos And Culture Why, exactly, would aliens who can travel the interstellar void want to physically probe the sex organs of humans, wonders physicist and commentator Marcelo Gleiser as he looks back on the story of Antônio Villas Boas. 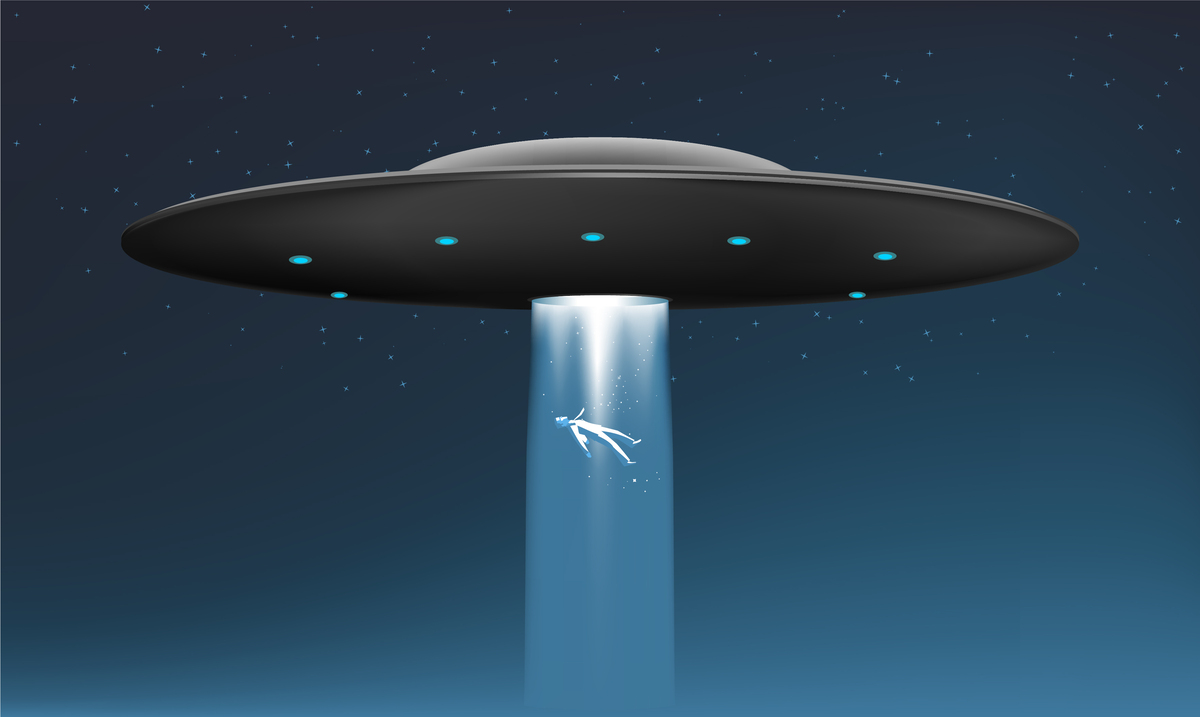 In the United States the first story of abduction by extraterrestrials that received national attention was that of Betty and Barney Hill, a couple from New Hampshire who claimed to have been kidnapped in a UFO in 1961. There is, however, another, earlier, story of abduction. This one dates from 1957 and centers around Antônio Villas Boas, a farmer from rural Brazil.

According to Villas Boas, he was plowing fields with his tractor when he was taken against his will by a group of ETs measuring about 5 feet tall. On their spaceship he was put in a room where he saw some kind of gas come out of the walls, making him sick. Then a very attractive female, naked, with long platinum-blonde hair, fire-red pubic hair and deep-blue cat eyes, came to him and forced him to have intercourse. (I imagine he didn't resist much.)

According to Villas Boas, her intentions were quite clear: to produce a human-alien hybrid that she would raise on her planet. After he got back, Villas Boas noted he had burns on his body. A doctor from a reputable medical center diagnosed them as radiation burns. This doctor, Olavo Fontes, had contacts with the American UFO research group APRO. Villas Boas had no recollection as to how he got the burns.

The story gained worldwide popularity in the late 1950s. Many were led to believe its veracity for politically incorrect reasons, claiming that a "humble" farmer from rural Brazil was not be able to concoct such a tale. In reality, Villas Boas was not really humble or uneducated. His family owned large tracts of land and at least one tractor. He later became a lawyer and practiced until his death in 1992.

A sensationalist video about the case by Paranormal TV tells its own version of the story.

The overwhelming majority of scientists categorically deny that narratives of abductions are real in any way. Most cases are, if not plain hoaxes, the product of various kinds of abnormal psychological states.

American researcher and skeptic Peter Rogerson questioned the veracity of Villas Boas' narrative, arguing that an article about alien abduction had appeared in the widely popular magazine O Cruzeiro in November 1957. He noted that Villas Boas' story only started to gain popularity in 1958 and that Villas Boas could have predated his "encounter" to give it more credibility. Also, Rogerson argued that Villas Boas was influenced (as were many other abductees) by the popular, sensationalist narratives of ufologist Georges Adamski.

Most abduction stories have elements in common with that of Villas Boas: kidnapping in an alien spaceship, medical exams that center around the human reproductive system — or explicit sexual contact with extraterrestrials — and mysterious marks left on the body.

Carl Sagan, in his wonderful book Demon Haunted World, brings these elements together, arguing for a connection between what abductees say now and what narratives of mysterious sexual night encounters have been saying for ages.

There are mythologies dating back thousands of years, for example from Sumerian folklore of 2400 BCE, where a demon in either male or female form seduces people in their sleep. Saints Augustine and Thomas Aquinas wrote of the incubus and succubus demons that come during sleep to have sexual relations with unwilling humans. Similar stories appear in cultures across the world.

Meanwhile, the nearest star to Earth is about 4-light-years away. Our fastest spaceship would take some 100,000 years to get there. If intelligent aliens exist and came here, they would have technologies beyond anything we can dream of: capable of fast interstellar travel, able to come and go without a trace.

One also has to wonder about the alleged repetition of exams focusing on our sexual organs. Given their alleged technological prowess, you'd have to also believe that alien medical tech would be a bit more capable than it has been portrayed in abduction lore.

This is not to say that scientists wouldn't love to have evidence of extraterrestrial life, especially intelligent life! But the fundamental precept of science is to base claims on evidence backed by verifiable data. Otherwise, why give scientific claims any credibility?