Accessibility links
Global Warming Explained, In About A Minute : 13.7: Cosmos And Culture Few people have even a rudimentary understanding of the mechanisms driving global warming. Do you? Commentator Tania Lombrozo would like to introduce you to a new resource that makes it easy to grasp the basics of climate change.

Global Warming Explained, In About A Minute

Global Warming Explained, In About A Minute 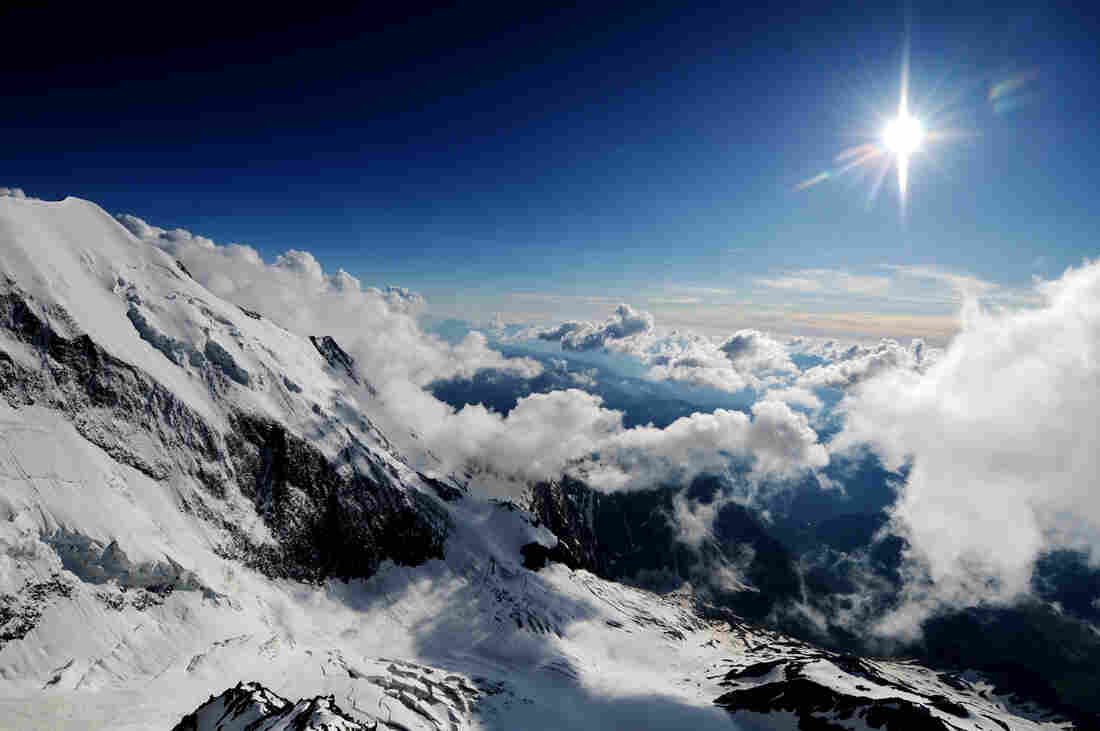 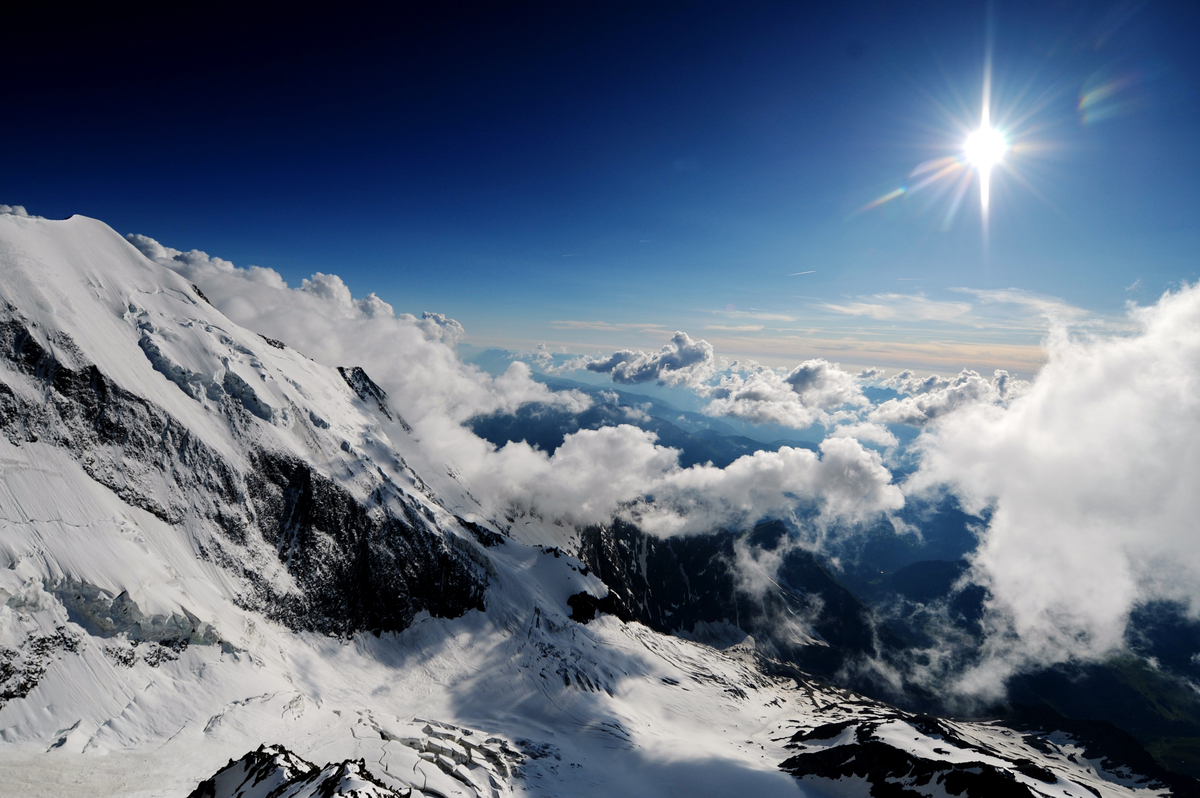 On a pleasant day in 2011, researchers roamed San Diego's public parks in search of volunteers to fill out anonymous surveys about global warming. In the end about 270 responses were collected from a mix of park visitors and nearby community college students. The researchers wanted to know how well the average American understands the basic processes responsible for global warming, and whether there's a relationship between this basic understanding and the belief that global warming is actually occurring.

The results were sobering. While a majority of volunteers believed that global warming is a reality (80 percent) and that human activities are a significant contributing factor (77 percent), only a slim minority was able to explain even rudimentary aspects of the mechanism. Twelve percent referenced gases in the atmosphere that trap heat (such as pollution or carbon dioxide), and of these, none addressed a puzzle that this partial answer seems to raise: why gases that trap heat in the earth's atmosphere don't similarly block heat from entering the atmosphere in the first place.

The solution to this puzzle comes from an important asymmetry: the sunlight that hits the Earth's surface is largely visible light, and that light is returned from Earth's surface as infrared light. It's infrared light that's predominantly absorbed ("trapped") by greenhouse gases, resulting in more energy (and therefore heat) in Earth's atmosphere.

Michael Ranney, the lead author on the study, offers this 35-word explanation:

In a second study reported in the same paper, Ranney and his colleagues presented college students with a somewhat longer version of this explanation (a full 400 words), and found that doing so not only increased students' understanding of global warming, but also their acceptance that it's actually occurring.

This and related research has led Ranney and his colleagues to launch a new website, howglobalwarmingworks.org, that educates people about the basic mechanisms of global climate change. The website features videos that range in length from an economical 52 seconds to a heftier 4.7 minutes, offering increasing levels of detail. Here's the 1.2-minute version:

Ranney, a cognitive psychologist and professor in the Graduate School of Education at UC Berkeley, was kind enough to answer a few questions about this line of research.

I first asked what motivated him to pursue the psychology behind people's understanding and acceptance of climate change, a topic that's generated some heated controversy:

Since my expertise is roughly in the realms of reasoning and problem solving, for about 20 years I've been asking folks, often informally, what they think is the world's biggest problem. More and more people have climate change at the top of their list, either alone or tied for first; you see this in the press, too, as with physicist Steven Hawking or Cornell University's President Skorton.

So given longstanding interests in the public understanding of science and in numerical cognition (e.g., how people reason and understand statistics and other numerical information), climate change seemed like a natural target for his research, and one with important implications.

Ranney's findings have already proven both surprising and far-reaching. They reveal widespread scientific ignorance — which isn't so shocking, all things considered — but also that a simple message about the basics of climate change can influence both understanding and acceptance. This result is more startling given the general challenges of science education, plus the fact that when it comes to politicized scientific issues, differences in belief are rarely a simple matter of differences in scientific understanding. With human evolution, for example, the relationship between understanding the basic mechanisms of natural selection and accepting that we evolved from non-human animals is pretty weak.

Ranney suggests that a variety of factors conspire to produce the widespread ignorance about climate change that his studies reveal. Many people assume the science is way beyond them (and of course, an expert level of understanding probably is beyond most of us), but simultaneously fail to appreciate how profoundly they lack the basics. When the basics are presented, they're often sandwiched between some daunting math and some scary jargon, which don't exactly boost overall palatability. The unfortunate result, according to Ranney, is that:

...it's basically "secret knowledge" that is critical to understanding whether one should accept whether climate change is happening, yet our society's instructors, journalists, etc., are either (and more commonly) not "teaching" it or they bundle it in with a blizzard of information (e.g., about "albedo" or "forcing" or the effects of climate change) that obscures the simple essence of the physical-chemical situation.

The new website, howglobalwarmingworks.org, is a way to share this secret knowledge with a broad audience. Ranney describes the fourfold motivation for the website as follows:

(1) It's simple, crucial, information that everyone should know yet virtually no one knows, (2) it's information that (at least in the longer versions) has been shown, empirically, to change people's minds to better understand the science and reality of climate change, (3) it's "direct-to-the-public" instruction – which is all too uncommon in an environment in which researchers like myself are rewarded for technical writings that are rarely seen by much of humanity, and (4) our planet can't wait for this information to percolate slowly, given the damage that is happening at this moment.

If Ranney's right, then 52 seconds could make all the difference.