Accessibility links
The Christmas Now: How To Be The Center Of The Universe : 13.7: Cosmos And Culture Ebenezer Scrooge was famously visited by three ghosts who woke him to the wonders of the life right before his eyes. We can also let the past, present and future converge on us to the same effect. All we have to do is step outside and let the night sky become a time machine. 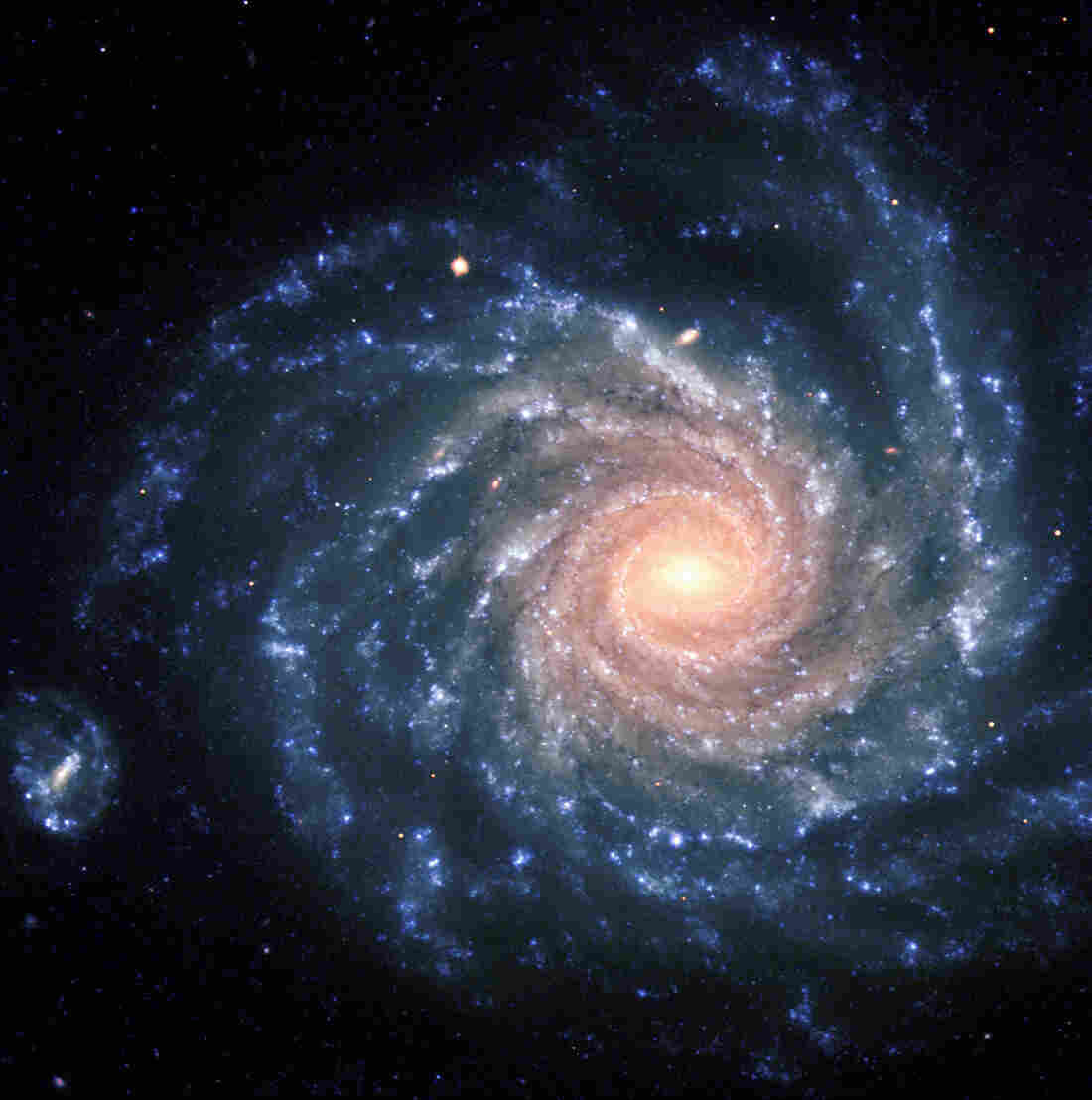 Step back in time: This is what 100 million years ago looked like, in a galaxy far, far away. ESO hide caption 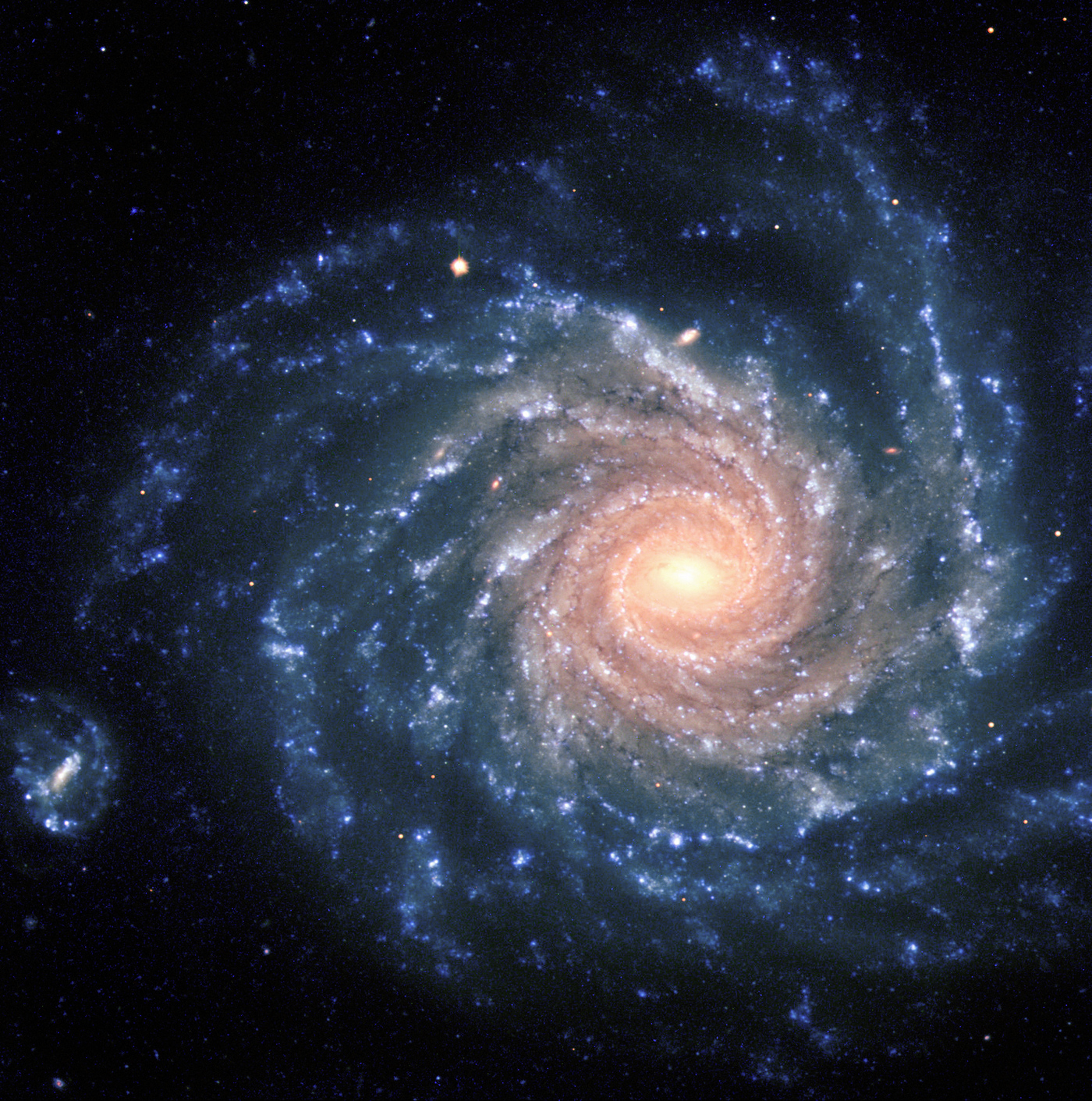 Step back in time: This is what 100 million years ago looked like, in a galaxy far, far away.

Ebenezer Scrooge was famously visited by three ghosts in A Christmas Carol. The past, present and future all converged on poor Scrooge in an effort to save him from his own narrow vision of the world and wake him to the wonders of the life right before his eyes. As we navigate the frantic pace of this holiday season we, like Scrooge, might stop to let the past, present and future converge on us for the same reason. Luckily we don't need any scary spectral visitations on Christmas Eve. All we have to do is step outside and let the night sky transport us back in time.

So put on your coats, and your gloves and don't forget your scarf because you can't rush this. The truth of time — your time — will take a moment to sink in.

Once you get out there your job is to find a star and focus on it for a second. Now here is a question: Are you seeing that distant sun as it is now, right now?

The answer, of course, is no. We never see the sky as it is, but only as it was.

The speed of light is not infinite. That means it takes time for light travel across space. So when you stare into the depths of the night sky, like looking at a distant star, you are also looking back in time. Catch a glimpse of a relatively nearby star and you see it as it existed when the light left the star's surface, perhaps when Lincoln was president (if the star is 150 light-years away). Some stars near the edges of our own galaxy are seen as they appeared when the last ice age was in full bloom.

Focusing on that one star, you are seeing directly into the past. The light from the star is a messenger from some OTHER now that is long, long gone.

And here's another twist. All the others stars in the sky are at different distances which means different depths in time — the one NOW you are experiencing while seeing all those stars is really made of almost infinite number of THENS.

This present moment, in other words, is made of a whole lot of pasts.

And you can't dismiss this "over-lapping pasts making the present" thing as some kind of astronomy weirdness. Nope, it's the fabric of everything you experience. When you look at a mountain peak 30 kilometers away you see it not as it exists now but as it existed a 1/10,000 of a second ago. The light fixture three meters above your head is seen not as it exists now but as it was a hundred millionth of a second ago. Gazing into your child's eyes you see her not for who they are now but for who they were a 10-billionth of a second in the past.

All those different past moments converge on you to create what your seeing now, what your experiencing now.

The simple physical fact that nothing can travel faster than the speed of light means all of us — every man, woman and child — share the same predicament. We are all profoundly separated and yet deeply connected at the same time. This is our fundamental truth. And just as Scrooge's initially frightening ghosts were actually messengers of hope, the deepest truths of science and the infinite night are there for us as well. What else can we do but live with compassion and reverence and joy.

This commentary is part of Adam Frank's on-going series "How To See The Universe In A Grain Of Sand." You can keep up with more of what Adam is thinking on Facebook and on Twitter: @AdamFrank4