Accessibility links
Plane Lost, Uncertainties Regained : 13.7: Cosmos And Culture The mystery of the missing Malaysia Airlines Flight MH370 is all the more troubling given how certain we seem to be about everything around us. Has technology inoculated us from reality? 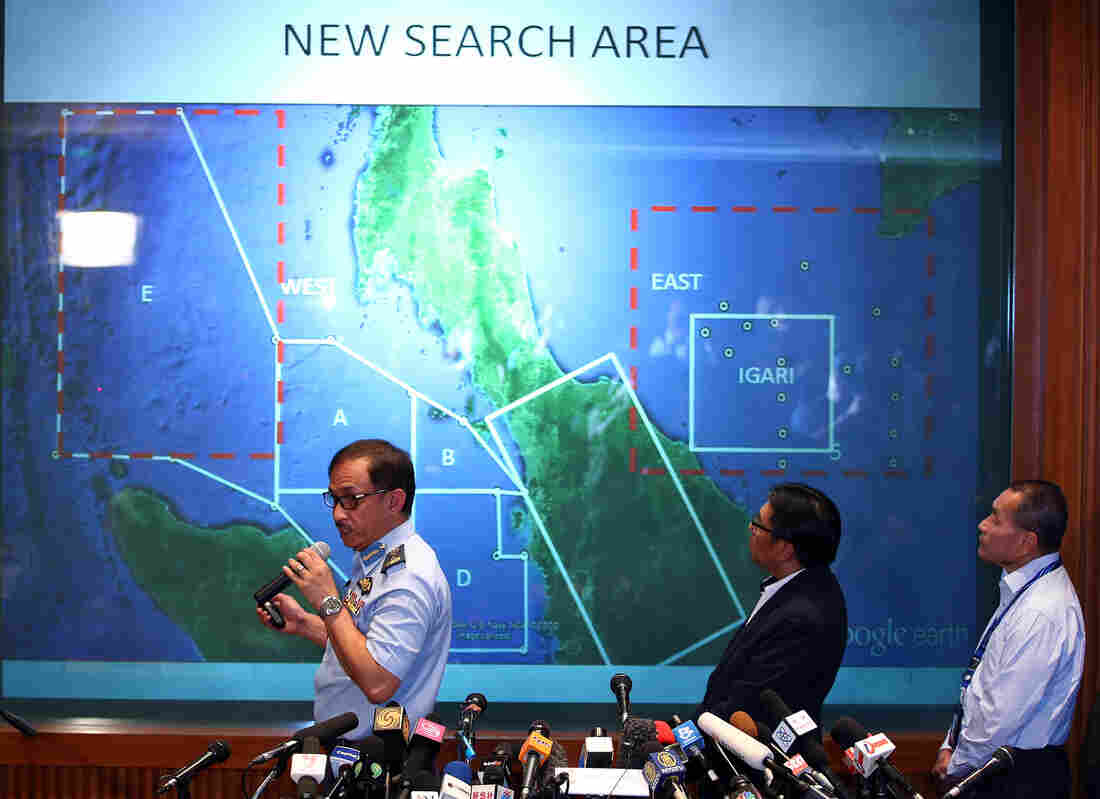 Uncertainty is the order of the day as officials in Kuala Lumpur brief the media on a missing Malaysia Airlines jet. How Foo Yeen/Getty Images hide caption 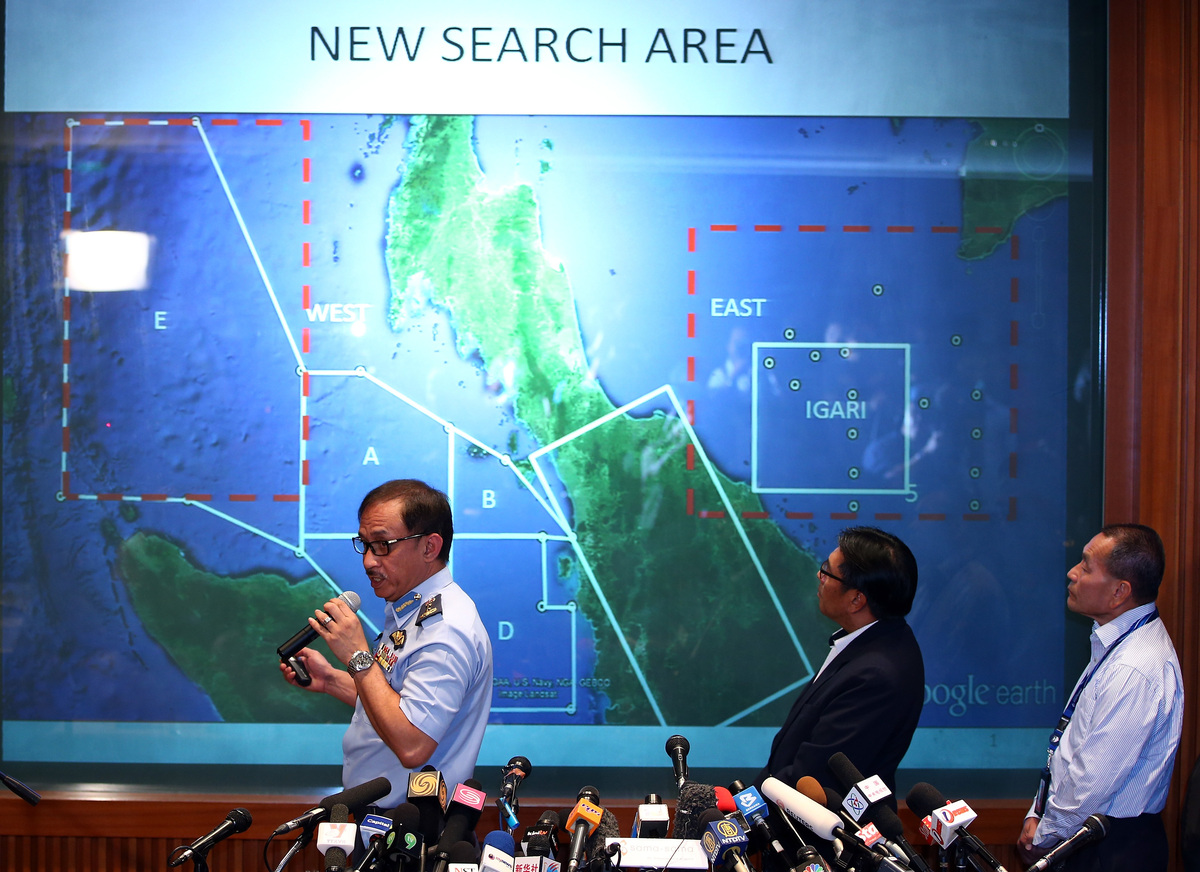 Uncertainty is the order of the day as officials in Kuala Lumpur brief the media on a missing Malaysia Airlines jet.

We are rarely lost anymore.

In a foreign city or just a drive out of town, our GPS-enabled smartphones pin our positions on digital maps to within a few meters. We are rarely without facts anymore. Any question that has an objective answer — from the last day of the Civil War to the maximum speed of a Boeing 777 — is as close as Google. For a broad class of experience in modern life we have become very used to "knowing." Events a world away may be subject to our opinions, but rarely anymore are they cloaked in an enveloping darkness.

How then can Malaysia Airlines Flight MH370 from Kuala Lumpur to Beijing disappear in good weather over shallow, heavily trafficked seas?

The human tragedy of the flight will be written in the stories of loved ones left behind, their lives suddenly and forever shattered. But from half a planet away, the mystery of an advanced jetliner vanishing in the midst of multiple, overlapping advanced technologies raises an additional and unsettling question for us moderns.

Do we understand uncertainty anymore?

There was a time — most of our time on this planet to be exact — when the sails of a ship sank with finality below the horizon as it headed off on its journey. Those left behind were left with uncertainty. They could pace the harbor walls or just get on with their lives, but the ship was gone and there would be no news until ... there was. For almost ALL of the 2,000 generations stretching from back into the last ice age, human beings have lived through deep existential uncertainty about the world around them. Tomorrow's weather might be intuited from experience but not glimpsed via satellite images. Loved ones away on travels were for the most part entirely absent. Without text or Facebook updates, their current status remained the stuff of the imagination.

Is it the genetic memory of that unknowing that makes us so unsettled when search teams seem to chase ghosts? Debris spotted from the air turns out to be nothing more than some logs tied together. What was thought to be the downed plane's oil spill is determined to contain no jet fuel.

Twenty years ago information about flight MH370 would've been firmly the domain of experts. Today anyone can find the current status of the skies via services like Flightradar24.

Eventually we all expect that the mystery of MH370 will be a mystery no more. But whatever its resolution, what do these days of waiting reveal to us now about the world we are building?

We are, of course, still surrounded by uncertainty like the terrible wait for a prognosis or the horror of watching a nation spin into civil war. But in creating our network of protective technological miracles, have we inadvertently inoculated ourselves from a reality that lies too close for us to want to face? Have we limited our capacity to deal with a darkness that, in truth, will always surround us?