Accessibility links
Does Kin Selection Explain The Evolution Of Religion? : 13.7: Cosmos And Culture In a new paper, biologists suggest that religion evolved in our prehistoric past through processes by which serving one's family and larger social group become synonymous with serving God.

How Do We Explain The Evolution Of Religion?

How Do We Explain The Evolution Of Religion? 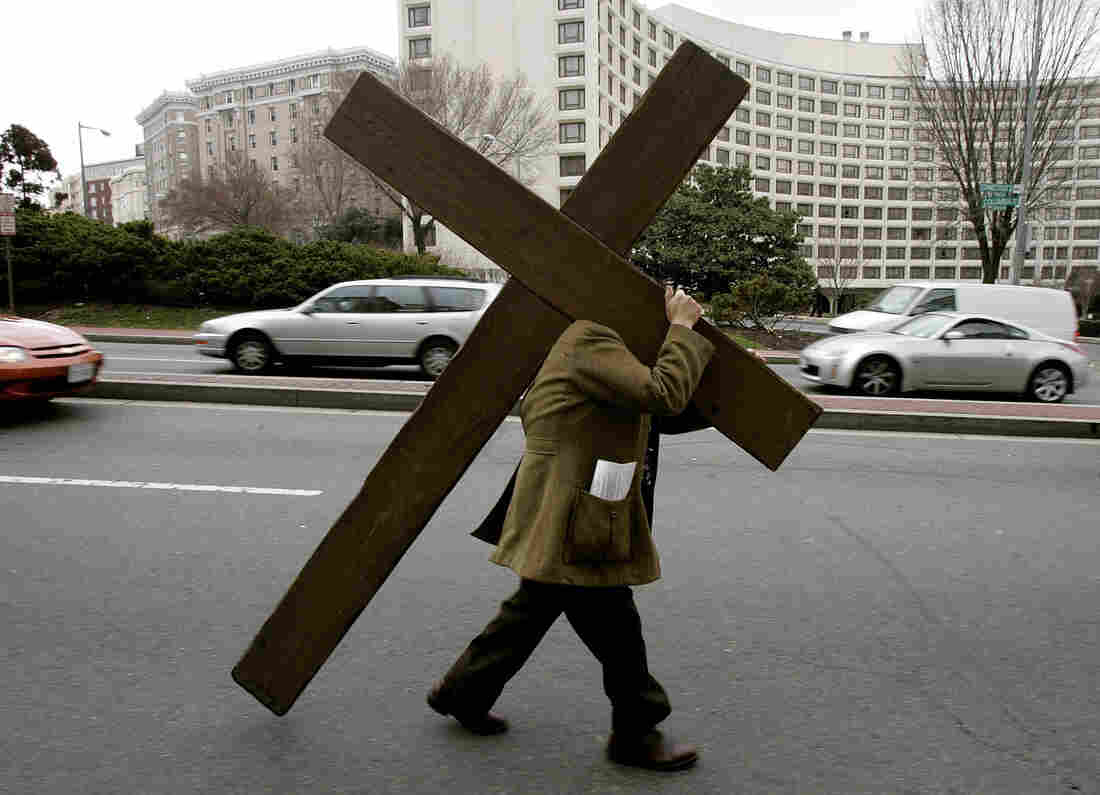 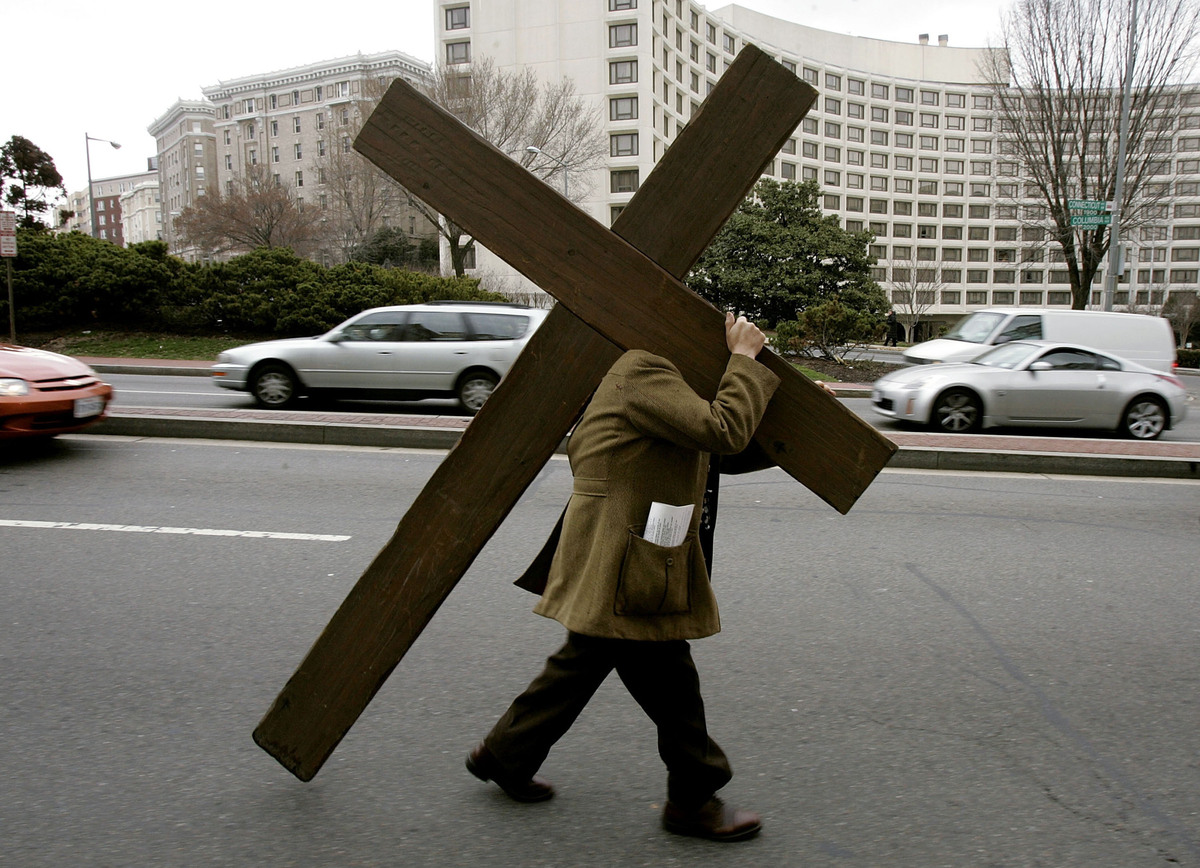 Religion is a cross-cultural universal, even though not every human being professes faith in God or some other supernatural being. Those of us who are atheist or agnostic make up 6 percent of the American population. A further 14 percent say they are not affiliated with any particular religion.

But religiosity is found in every human culture and biologists, anthropologists, and psychologists keenly debate how it arose. Just like language, technology and bipedalism, religion too evolved over time. But how did that happen?

In a new paper published online in the journal Animal Behaviour, biologists Bernard Crespi and Kyle Summers ask a specific version of this question:

"How did religion actually originate and evolve, step by small step, with Darwinian continuity and explicable selective pressures mediating each stage?"

The answer Crespi and Summers favor is grounded in kin selection theory, as posited in 1964 by W.D. Hamilton. Kin selection turns on the concept of inclusive fitness, the idea that an organism's biological fitness derives not only from the direct production of offspring, but also from aiding the reproduction of its other relatives.

Copies of some percentage of our genes reside in our relatives' bodies: 50 percent for our parents, children and sibs, 25 percent for grandparents, and so on. When, under certain conditions, we help our relatives, we may boost our own genetic legacy. (You can read up on kin selection and inclusive fitness in the Encyclopedia of Ecology.)

Crespi and Summers' hypothesis is this:

"Religion and the concept of God originated and are maintained in the context of maximizing inclusive fitness through serving the interests of one's circle of kin and one's larger-scale social and cultural groups."

In other words, serving God and serving the "circle" of people to whom one is psychologically (and sometimes genetically) tied becomes, in Crespi and Summers' formulation, synonymous.

Crespi and Summers define religion as "a sociocultural belief and behavior system involving both supernatural ideas and morality." Definitions of institutions as complex as religiosity are always arguable; I'd have preferred a more explicit emphasis on practice, on specifically what people do. In fact I think Crespi and Summers do, as they lay out their hypothesis, rely heavily on practice rather than only beliefs, more so than their definition suggests. We see this in the initial stage of their proposed evolutionary trajectory, which focuses on the biological family:

"Grandparents and parents should seek to inculcate prosocial, mutualistic and altruistic behavior among their descendants, over whom they exert pervasive psychological influences during early child development."

The grandparents and parents themselves would directly benefit from this transmission of values — that is, from the practices resulting from such transmission — Crespi and Summers note.

Over time the "circle of kin" expands to include more and more non-relatives, as within-group ties are strengthened by shared practices and beliefs. A key step in this process involves the onset of belief in the supernatural, which Crespi and Summers see as beginning when the influence of the ancestors was felt in the group even after their death:

"Initially it was ancestors who apparently became the first supernatural agents and gods: they were absent, of human form, morally powerful, immutable, and mysterious yet comforting by virtue of warm, supportive bonds of kinship. Religious rituals focused on ancestors also necessarily strengthen kinship links and foster cooperation more generally ... . Ancestors, and other kinship figure gods, may serve to unify groups through psychological kinship at increasingly higher levels as human populations increase."

While this hypothesis is rooted in cooperation, it doesn't ignore competition — especially between groups. Competition of this nature may be driven by differences in religious ideology, as we see all too readily in the modern world. Religion, the authors recognize, "generates new conflicts as well as suppressing previous ones."

Crespi and Summers offer more nuance in their evolutionary thinking than I can convey here and some of their thinking I just don't buy.

They are quite taken with a significant role for oxytocin in priming religious tendencies, to take but one example. As the science writer Ed Yong has noted, wild claims for oxytocin are not uncommon. But far from being the hormone of love and cooperation as often advertised, oxytocin works in ways heavily dependent on context. In certain situations, oxytocin is associated with greater dishonesty, as Yong reports.

When, seven years ago, my book Evolving God was published and I gave interviews based on it such as this one at Salon, I grappled with the same basic questions that preoccupy Crespi and Summers. I went in a different direction by emphasizing that human religiosity was primed by the meaning-making, imagination, empathy and rule-following of other primates (primates with whom we shared a common ancestor in the past, or those common ancestors themselves). Religious imagination flowered later, in the hominin lineage, as our brains were increasingly selected over time to think beyond the here-and-now.

My framework back then focused more on preconditions for human religiosity than Crespi and Summers' does, and also on attempting to pinpoint the roots of religion in the archaeologically visible behavior of Neanderthals and early Homo sapiens. But I see the two core sets of ideas as basically complementary.

Crespi and Summers' hypothesis invites thought — about the relative roles of cooperation and competition, and the intergenerational transfer of practices as well as ideas — in the growing literature on the evolution of religion.

While we work to explain the evolution of religion, another question arises: How do we explain the equally pervasive and persistent existence of atheism? I wonder what research is being done to explain this phenomenon.