Accessibility links
Imitation Or Celebration? The Joy Of Dancing In The Streets : 13.7: Cosmos And Culture Striking similarities between Pharrell's "24 Hours of Happy" and an indie film also featuring dance have people talking. Alva Noë says the thing that connects the two is how we all move to music. 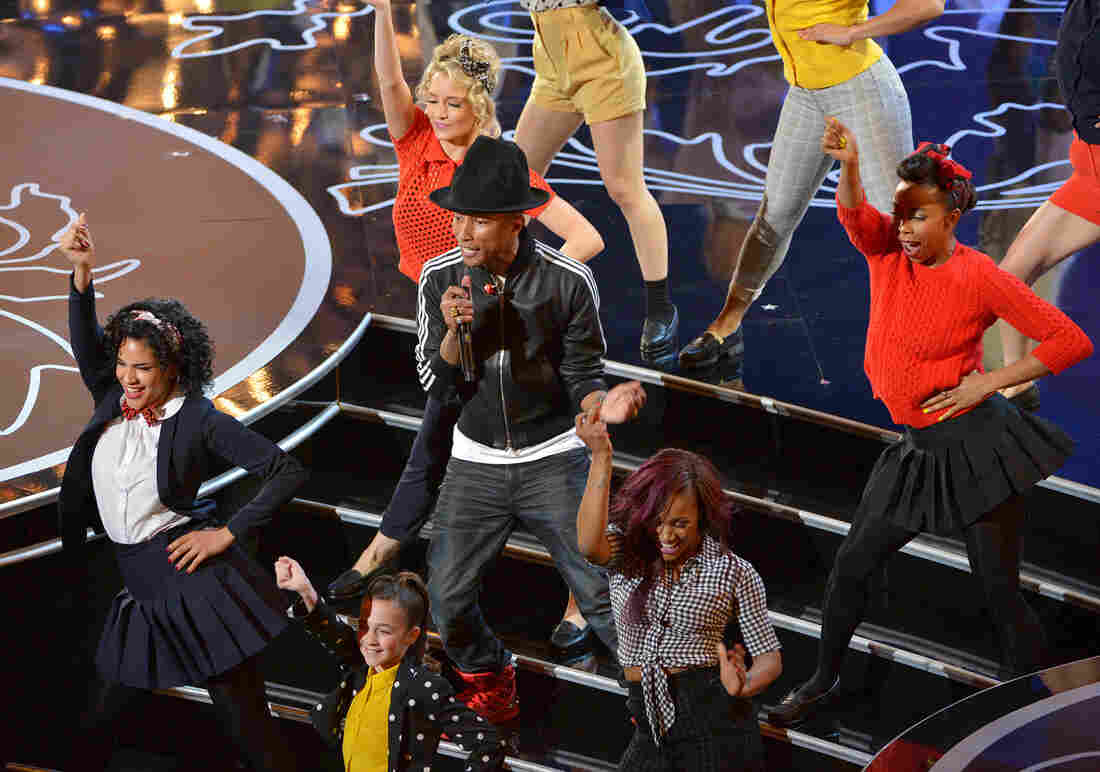 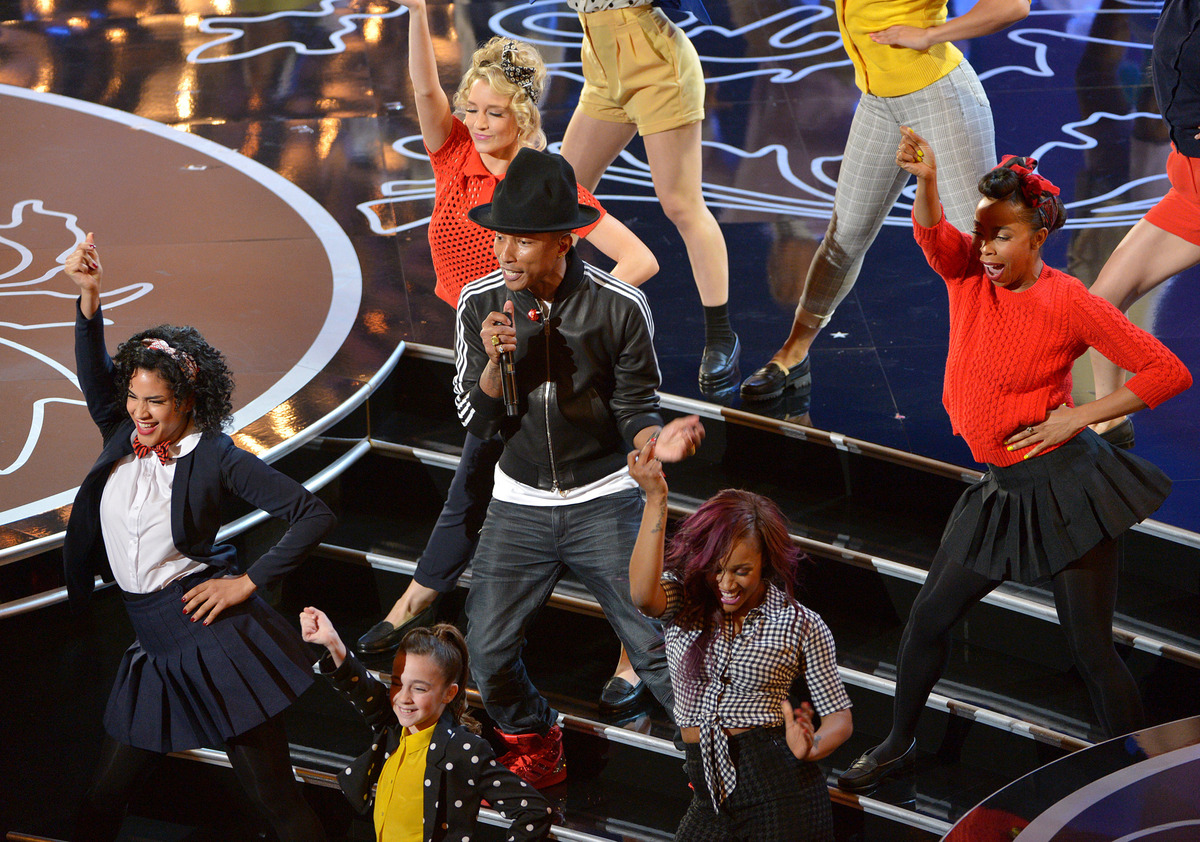 Pop star Pharrell's video "24 hours of Happy" is really something to marvel at. It's 24 hours long and consists of nothing more than loops of people dancing to his song "Happy."

I was immediately struck by the video's commercialism. Product placements are in your face; and the movie itself is on the soundtrack for the Hollywood movie Despicable Me 2. But none of this stops the video from achieving surprising heights of sheer loveliness.

Pharrell himself moves with personality and style; he's a most particular and captivating cat and a joy to watch. But what makes the video so exhilarating are all those regular people dancing the LA day and night away. The fact that the same tune goes on and on, repeating itself in loops for 24 hours, does nothing to take away from the simple pleasure of watching people move.

The exhibition of the dancing body has been a staple of YouTube for a while now. So, it isn't really surprising that it has been suggested that Pharrell and his team borrowed ideas without crediting their sources. Anne Marsen, who stars in Jacob Krupnick's satisfying and exuberant indie long-form dance video set on the streets of New York, Girl Walk // All Day, has suggested that Pharrell may have pilfered a move or two. She compiles the evidence here:

As dance scholar Freya Vass-Rhee suggests (in personal communication on Facebook), the case for copying is pretty weak. Granted, it's not a coincidence that you see the same kind of moves in both films. But this says something more about the larger place of dancing and pop music in our lives than it does about any direct influence. Both projects descend, if you like, from a shared popular imagination. Nobody stole any steps. They didn't need to. The steps were everyone's already to start with.

Girl Walk // All Day begins with the Girl character restrained by the requirements of her classical ballet class. As the Girl Walk // All Day soundtrack begins, she breaks free and moves, if not to her own beat, then in her own freewheeling way, to the driving beat of Girl Talk's music.

Irony No. 1 is that the striking thing about her happy dancing is how utterly and charmingly familiar and unoriginal it is. Whatever she does, she does it in the way anybody might do it. Which is not to say she isn't outstanding, even captivating. She's wonderful! But she dances the way any of us might dance, happily and warmly, in a known way, untrammeled, but conventional all the same.

And why not? It's just dancing after all! But what this does rule out is the possibility that it's even possible for her choreographic ideas to have been ripped off.

There's a actually a second irony: Girl Talk's "All Day" (the movie's soundtrack) is 100 percent sampling from the music of other recording artists. It's an eminently enjoyable splicing and reframing of songs we all already know and love. (Girl Talk, aka Gregg Michael Gillis, gives the album away free.) Just as the music isn't Girl Talk's, so the dancing isn't Anne Marsen's.

What they do own, because they made it, is the film and the extended musical mashup, respectively. But nothing in Pharrell's project encroaches on those.

I defended Beyonce's infamous theft of Anne Teresa de Keersmaeker's choreography and Thierry de Mey's filmic ideas in her video "Countdown." My reasoning: This sort of imitation is flattery and Beyonce brings it all to a totally new audience. Everybody benefits.

I don't think any of my dance friends agreed with me about this.

But nothing like that is even at stake in this case. There's no theft here. It isn't plagiarism to dance socially the way others dance. And that's what these films put on exhibition: people dancing socially.