Accessibility links
Getting Science Right In The Media : 13.7: Cosmos And Culture It's hard to bring science to the public. The subtleties of research are often lost in translation when they surface in the news. Commentator Alva Noë wonders why. 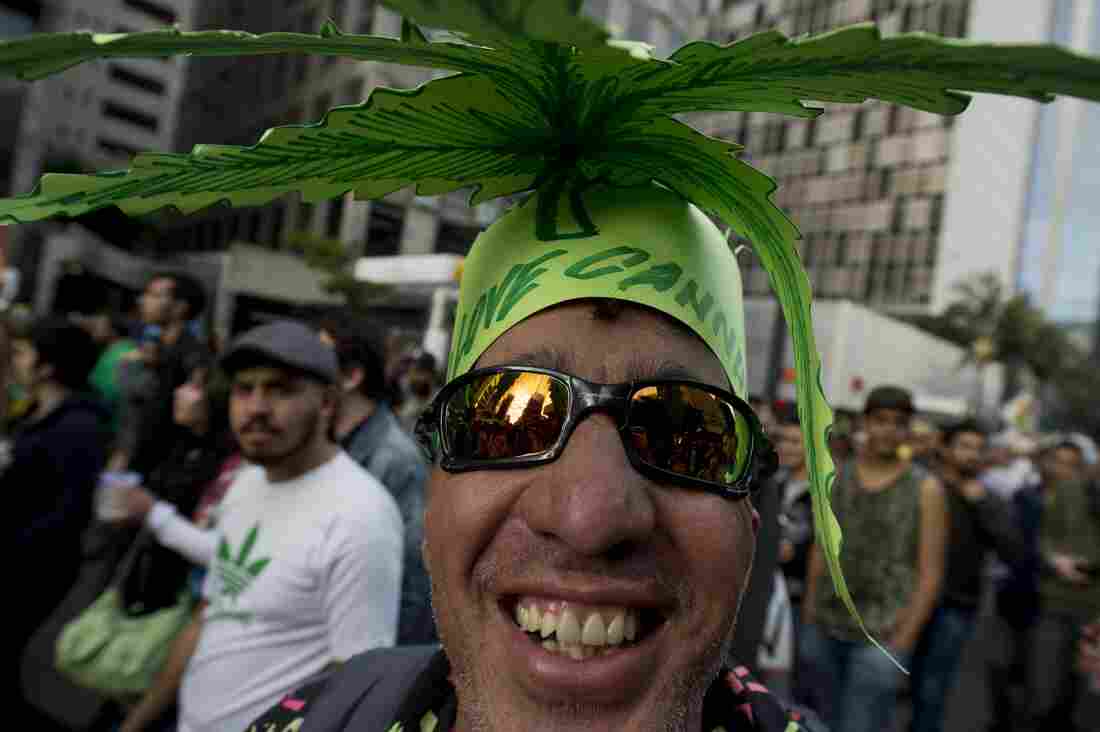 People smoke marijuana, presumably, because it affects their brains, not despite that fact. Above, people in Sao Paulo, Brazil, campaign for the legalization of marijuana. Nelson Almeida/AFP/Getty Images hide caption 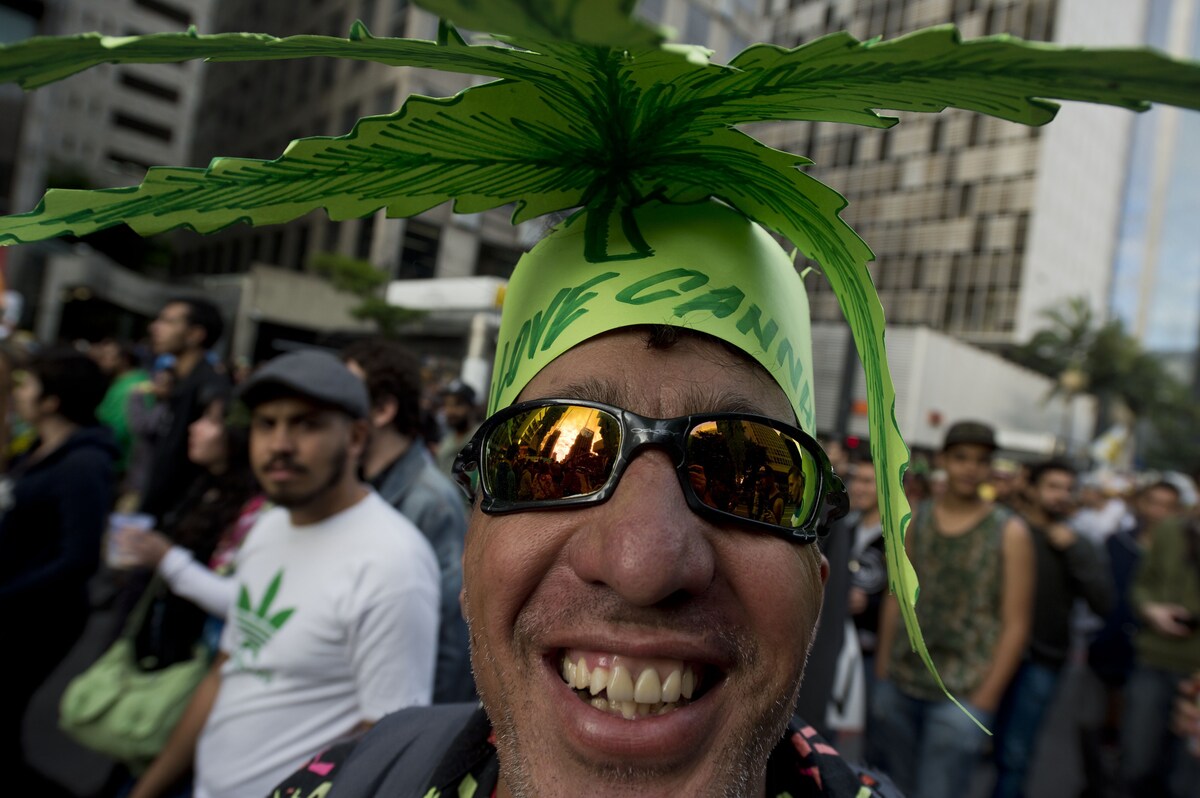 People smoke marijuana, presumably, because it affects their brains, not despite that fact. Above, people in Sao Paulo, Brazil, campaign for the legalization of marijuana.

At dinner the other night with an experimental psychologist, we turned to the topic of science in the popular media. She bemoaned the fact that it's hard to get newspapers to get the facts right; even when you help reporters describe results correctly, she said, there is a tendency for headlines to bypass the subtlety and go for sensation. If it were up to her, she said, she'd simply refuse to return calls from science journalists and stick to taking care of business inside the lab.

A case in point: Last month news outlets around the country reported new findings on the damaging effects of pot smoking. A sample of the headlines (taken from John Geever's article at MedpageToday):

The striking thing was that the study supported no such interpretation of the facts.

But, crucially, it was not demonstrated that the relevant differences were caused by marijuana use. It would have been impossible to show that, given the study's design, since the study looked at a cross-section of people at a given moment in time and did not look for changes in individual brains after smoking.

Nor, crucially, was any evidence adduced to support the claim that any of the reported differences were associated with any harm. In fact, it was not shown that the differences made a difference.

What's going on here? Why were the findings misreported in this way?

The first thing I did, when I heard reports about the new findings, was to convey them to my 12-year-old son. It's now been proved, I warned him, that even casual pot use hurts the brain!

I was embarrassed to learn that no such thing had been proved at all!

This state of affairs prompted an excellent report over at reason.com by Jacob Sellum with the hysterical title: "Study of Pot Smoker's Brains Shows that MRIs Cause Bad Science Reporting."

Humor aside, I think we need to look deeper to understand the misreporting.

My anxious delivery of the finding to my kid is a clue to what's really going on. We look at science, and its findings, not in the isolation of the laboratory, but rather, in the setting of our concerns and, indeed, our anxieties.

Lots of people smoke pot. They do so, presumably, because it affects their brains, and not despite that fact. It would be astonishing and inexplicable to find that getting high didn't bring about changes in the brain. But are those changes lasting? Are they permanent? We don't know and we'd like to know. As a culture, I think it's fair to say, we're worried about this, especially in light of the fact that across the country there is a move to legalize pot use and that pot continues to have a pretty positive representation in youth-oriented media.

So back to my friend at the dinner table. No, don't retreat to the lab. What we need, rather, are better, broader, more open discussions, in public, of the meaning of scientific results. That, after all, is why we have labs in the first place.

I'm left with a question: should I sit my son down and explain to him that, as a matter of fact, the press got it wrong, that it has not been proved that smoking pot is bad for the brain?