Accessibility links
Mars Offers Humanity A Do-Over : 13.7: Cosmos And Culture If projects to colonize Mars succeed, how will these new communities be run? Barbara J. King says they represent an opportunity to fashion a more egalitarian way of life than we have on Earth. 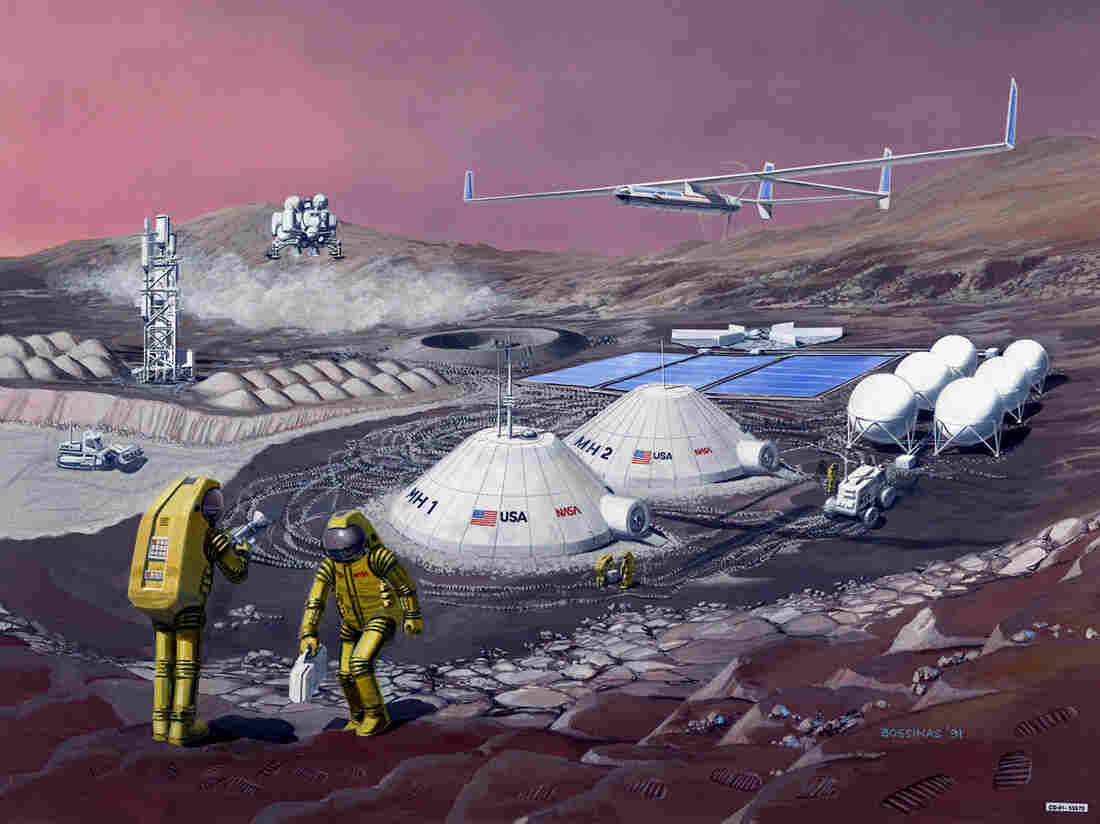 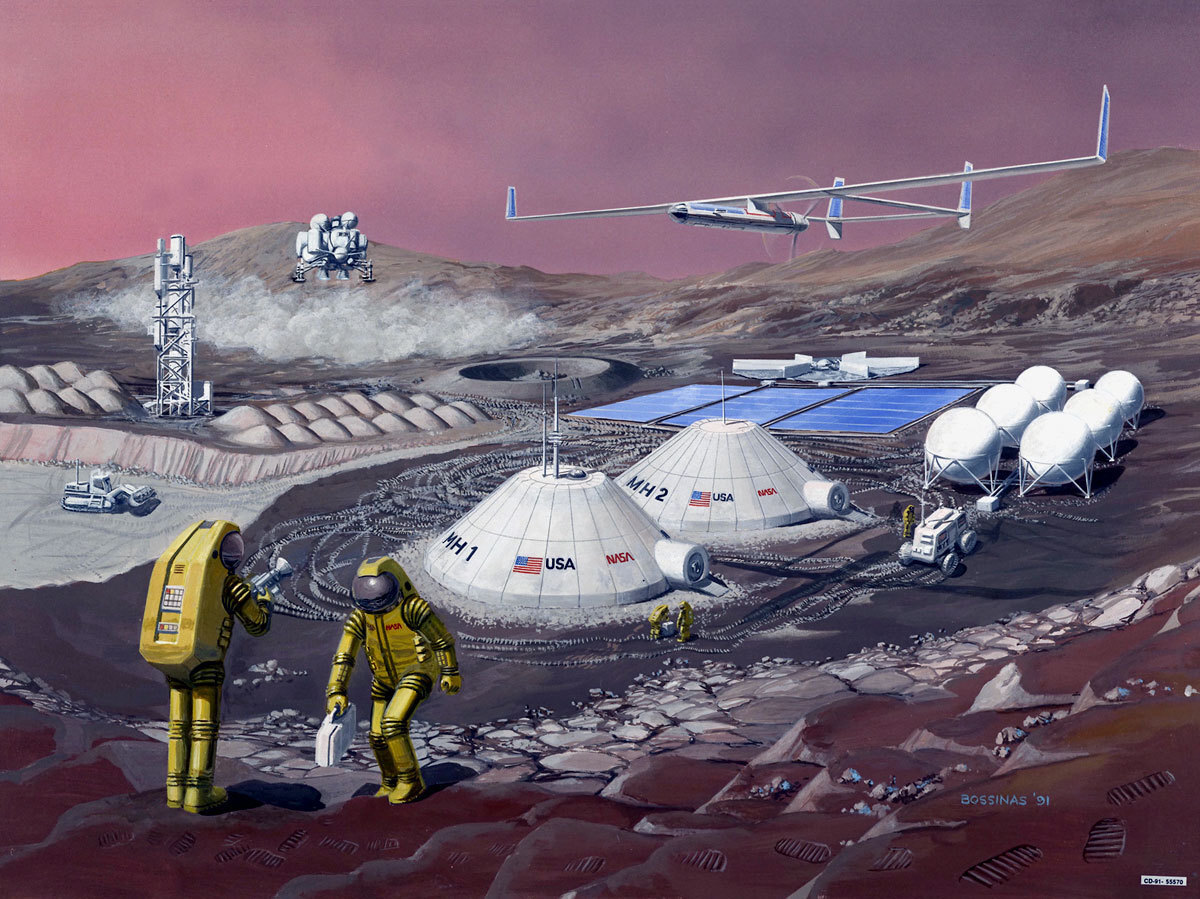 On Monday, the Mars One Project announced that its group of 1,058 finalists for a one-way trip to Mars has been whittled down to 705, based on the results of medical examinations and on personal decisions to drop out of the pool.

Last month when I wrote about Mars One's aim to establish a human colony on the red planet by around 2025, I learned a lot — through comments left here at 13.7 and through emails and Twitter updates sent to me directly — about two divergent channels of thought regarding this goal. Finalists and their supporters are excited about the mission, believing it key to the future health of our species; skeptics and detractors say it will never come about because the technological know-how and funding required are beyond the means of this organization.

I have no idea if Mars One will succeed in setting up habitable colonies on Mars in the next decade or so.

Or, for that matter, if NASA's plan to land humans on Mars sometime in the 2030s — and bring them home again, honed by practice on an asteroid — will succeed, though I hope so! (NASA's Mars Exploration Program website is a fun fount of news and views on this project.)

But as an anthropologist, I do know that the questions at the heart of this sort of enterprise go much further than the ones I took up last time, concerning the psychological and social tendencies of Mars One applicants.

What will it mean for us to start over on a new planetary home? What aspects of human societies, continuously developing and changing since our species first evolved 200,000 years ago, will we replicate on Mars? Which will we alter?

Perhaps the central question, from an anthropological perspective, is one of power: How will men and women representing so many different cultural, ethnic and religious traditions work out issues of decision-making?

Mars One project leaders have given thought to this matter. They write:

"Early on, because the settlement will be very small, it is likely that most decisions will be collective and require unanimity. As the community grows it will become necessary to develop more complex systems for managing conflict and maintaining effective ways to make decisions. Mars One will provide training and a database of knowledge about human social organization to assist in that process as the settlement grows."

[Specifically, the Mars travelers] "will expand their knowledge on different forms of social organization on Earth, and how cultures vary in terms of determining issues of social structure (e.g. social hierarchy, distribution of power, approaches to decision-making, kinship structure, and management of resources)."

In other words, the colonists will be trained in anthropology — from an anthropologist, or a few of us, I hope.

The task, it seems to me, is fairly daunting. People who colonize Mars will arrive there with the political systems of nation-states set firmly in mind as examples they have lived with their entire lives.

Precisely how do we start over so that we don't just replicate the global inequities that plague us here on Earth? Understanding the cross-cultural histories of colonialism, racism and sexism through an anthropological lens would make a good first step.

These issues take center stage, as well, in Red Mars by Kim Stanley Robinson, the best novel about Mars colonization that I've read (and the first in a trilogy completed by the books Green Mars and Blue Mars, which I look forward to reading).

At one point early in the book, a character called Sax Russell comments, "Being on Mars will change us in an evolutionary way." In response, another colonist, Arkady, insists that no, evolution is a slow-acting matter of environment and chance, whereas what Mars colonists need to do is transform themselves as a matter of history.

"And so I say," Arkady concludes, "among all the many things we transform on Mars, ourselves and our social reality should be among them. We must terraform not only Mars, but ourselves."

What happens on Robinson's fictional Mars from that point forward is sobering (I won't include spoilers, but suffice to say Arkady's idealism meets significant obstacles.)

Terraforming ourselves on Mars with a goal of equality for all: the mind spins with the possibilities. The question remains, are they realistic possibilities for change?