Accessibility links
The Forgotten History Of Climate-Change Science : 13.7: Cosmos And Culture When did scientists and politicians first start to think that man may be warming the planet through the burning of fossil fuels? It wasn't just yesterday, says Commentator Adam Frank.

The Forgotten History Of Climate-Change Science

The Forgotten History Of Climate-Change Science 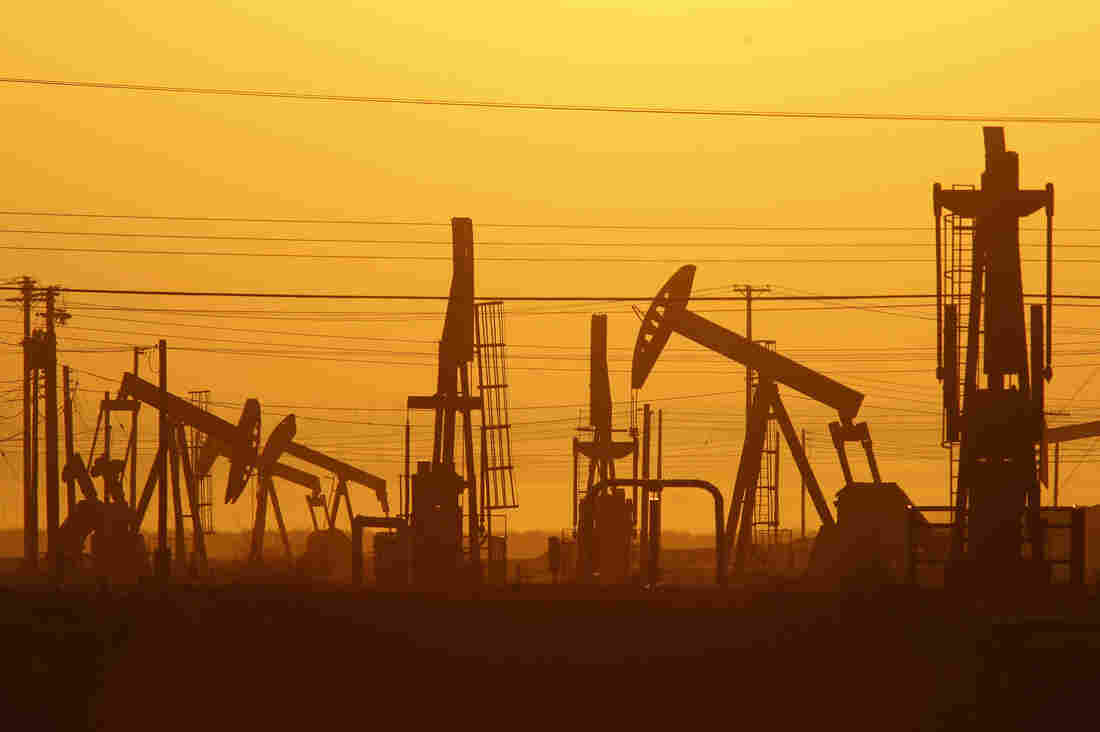 It has been a full century since the engine driving climate change was first discovered. It's been more than a half-century since the risks entered the realm of public policy. David McNew/Getty Images hide caption 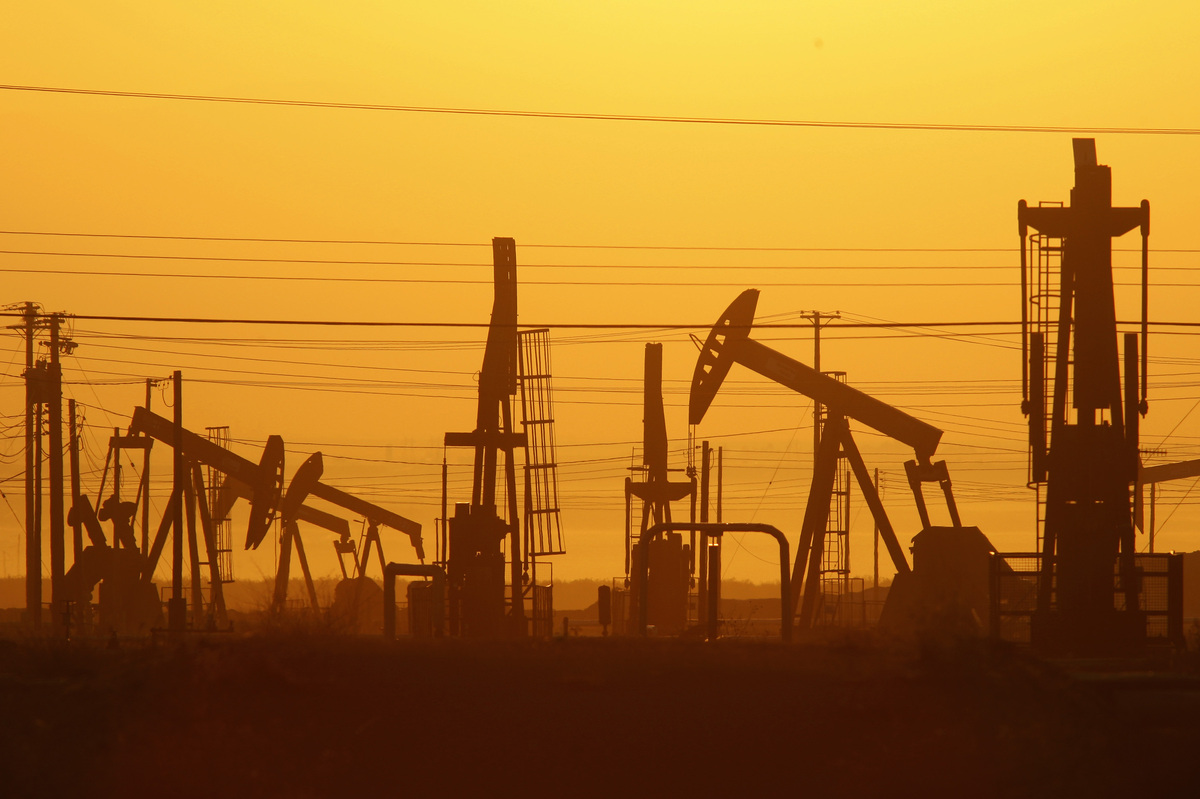 It's a fine mess we've gotten ourselves into. Last week the National Climate Assessment report was released detailing the toll climate change is already taking on the United States in terms of droughts, floods, heat waves and changes in agriculture. This report follows on the heals of two others (IPCC & AAAS) released over the last few months, all of which make clear that the door for taking action on greenhouses gases — actions that might mitigate far more dramatic consequences — is rapidly closing.

And still, the denial goes on.

Whatever their motivation, the voices arguing against the scientific consensus on climate change often treat the research and analysis supporting that consensus as an aberration. In the denialist "through-the-looking-glass" distortion of scientific history, climate studies can appear as some kind of crooked new invention of an imagined California cabal of Birkenstock-wearing environmentalists. By treating climate science as a field too new, unstable and politicized to trust, denialists in this country have sown enough doubt to blunt a real debate over real responses.

So, let's set the record straight. When was human-driven climate change discovered and when did the world of politics/policy first take notice?

We could begin in the 1820s when Joseph Fourier first suggested that gases in the atmosphere trap some of the sun's heat like glass in a greenhouse (hence the "greenhouse effect"). We could also begin in the 1860s with John Tyndall measuring the capacity of water vapor and CO2 to trap infrared light (the ground under your feet emits long wavelength infrared radiation after it is warmed by the incoming sunlight which arrives mostly at shorter wavelengths). It was Tyndall who came up with the potent metaphor of greenhouse gases as a "blanket" covering the Earth.

So through Fourier and Tyndall we could trace the basic elements of the greenhouse effect back almost 200 years. Hardly the stuff of a modern conspiracy. But neither of these researchers suggested that human beings were doing anything to alter the chemistry of the atmosphere. Surely that is a recent invention of the environmentalist age.

The first calculation of the greenhouse effect to include human-driven release of greenhouse gases came about 100 years ago. Using estimates of coal burning, Swedish chemist Svante Arrhenius built on other calculations he'd made and estimated that doubling the CO2 content of the planet's atmosphere would raise it's temperature by 2.5 to 4.0 degrees Celsius.

That is where it all begins.

But surely Arrhenius' calculation was too simple. Think of all the details he missed. What about the influence of the vast oceans that are constantly soaking up CO2? That must make a huge difference. It might, but that question was answered more than 60 years ago.

It was in 1957 that Roger Revelle at the Scripps Institution of Oceanography and Hans Suess of the U.S. Geological Survey discovered the chemical pathways of ocean CO2 uptake. Their findings showed the oceans to be limited in their ability to absorb the CO2 we released through burning fossil fuels. While their calculations have been refined over time, their basic conclusions have stood the test of time.

From Arrhrenius to Revelle to right now. That's 100 years of climate science reaching the same conclusion. The history of science simply doesn't provide much meat for the pseudo-skeptics to chew on.

What about the politics and policy? Surely the awareness of climate science's predictions is a recent phenomenon?

As Dale Jamieson noted in his recent book Reason In A Dark Time, by the end of the 1950s the consequences of CO2 release were clear enough for policy makers to take note. In 1965 President Johnson told the nation "[t]his generation has altered the composition of the atmosphere on a global scale through ... a steady increase in carbon dioxide from the burning of fossil fuels." In 1969 Senator Daniel Patrick Moynihan was warning of a dangerous sea-level rise of 10 feet or more. "Goodbye New York" he said. "Goodbye Washington."

Throughout the 1970s the drumbeat only got louder. And while denialists are fond of citing "global cooling" as evidence against global warming, that idea had its day in the media but never had a hold in the scientific literature. From the late 1950s to today, the consensus on global warming/climate change in the scientific community has tracked a fairly steady path of increasing understanding and certainty.

What does that mean?

But, as always, we must try and separate the science we know from the policy we must create. Perhaps the solution to climate change will be something environmentalists hate. If that's our best bet, so be it. But whatever bet we make on our future in terms of climate action, it must truly be our best and our most informed. Pretending climate science hasn't been saying much the same thing for a long, long time now is nothing more than wishful thinking.